A picture cropped up of an F-22 with metallic skin flying around. There's been speculation as to what it is we are seeing. Before I speculate, here's the picture: 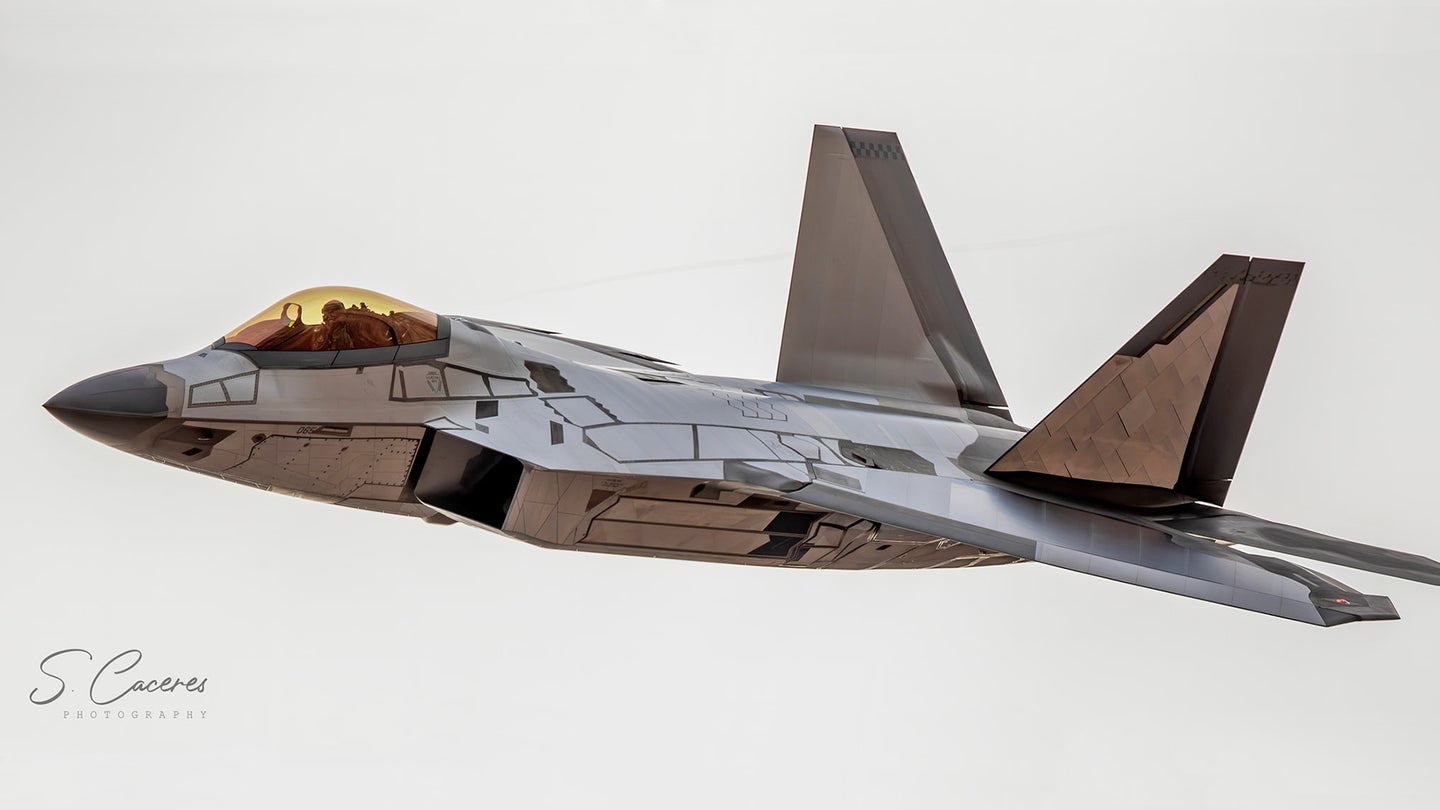 She is a beaut, if nothing else. She reminds me of the old days of the 1950s with the shiny aluminum skins.

There was supposedly a 117 seen with the metal skin as well, but I haven't found a picture.

So, what does ATS think the blue beanies are doing with the raptor there? 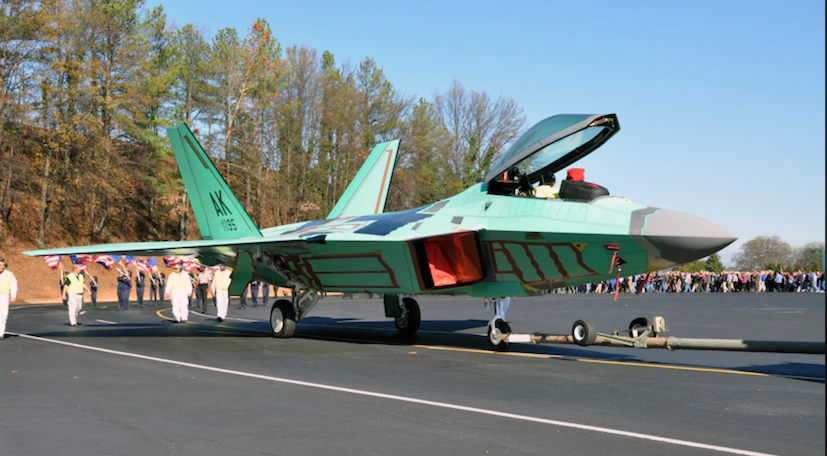 Smart skin testing for NGAD is the most likely explanation. If you look closely at the tail there are bits that don’t appear to match a standard F-22.

Demonstration plane, no paint for better vis at shows and be able to show up on airport radar. F-117 and B2 have/had issues with civilian patterns. Talked with a 117 pilot once about that issue.

They use Luneberg Lenses for radar, and they fly standard grey F-22s for the demo team. This is something different. 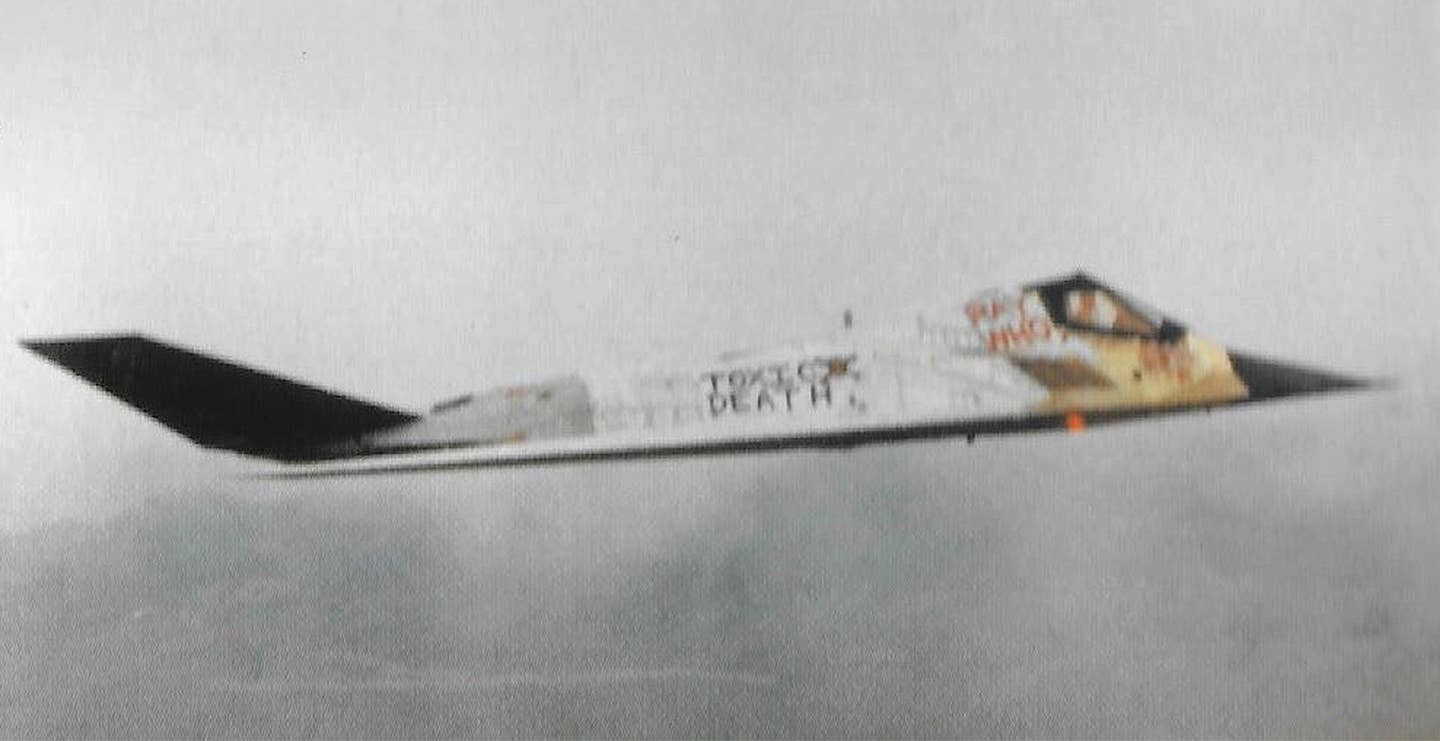 if it was painted it would be primer green


eta: that small black patch and the tiles on the left back tail fin looks interesting 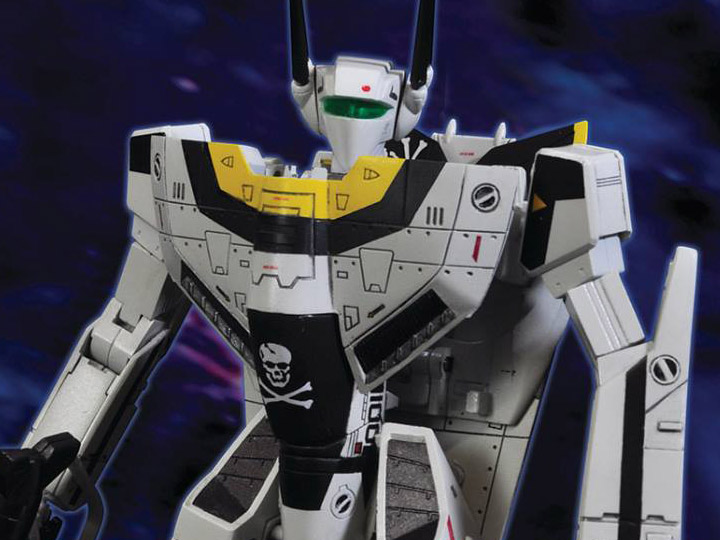 Have no fear, the answer is here. Italics mine.


In June 2020, The War Zone exclusively reported that one of Scaled Composites Model 401 "Son Of Ares" demonstrators had flown a number of test flights over Naval Air Weapons Center China Lake covered in a highly reflective metallic coating.

It had a similar patchwork quality to what we are seeing here on the F-22. At the time, we posited that this could be for testing advanced infrared sensors and even possible low-power laser systems and their targeting capabilities against a 'mirrored' target.

There is a tremendous amount of testing currently ongoing on infrared search and track systems (IRSTs) that are in the early processes of being widely fielded by the Air Force and the Navy, as well as developmental work on emerging aerial laser systems.

Of unique note is ongoing testing of multiple General Atomics Avenger unmanned combat air vehicles sporting Legion IRST pods that has been occurring over the Mojave Desert. These tests have been in conjunction with the Skyborg aerial artificial intelligence initiative and larger highly advanced testing scenarios.

The testing of various laser systems is also becoming extremely aggressive, as well as part of a larger push to move directed-energy concepts into an operational state. This includes laser systems intended to be fielded aboard fighter aircraft.

Of course it's that darned terminator Skyborg crap.

Actually the Skyborg testing was General Atomics with the Avenger. If this is a laser coating, it’s a separate program.

That's from Team Rogoway. Take with a HUUUUUUUGE grain of salt.

That's from Team Rogoway. Take with a HUUUUUUUGE grain of salt.

What's the problem with that guy for those of us not in the know?

Zaph can explain better, but his team excretes a lot of ... wild nonsense with little bearing for reality. He does often get good scoops, but his interpretations are often wild extrapolations, often overly sensationalist. He has less axes to grind than, say, David Axe, but...he's writing to drive web traffic and the more wild it is, the more he'll get clicks.

He usually trawls his stories from other sources (including here),adds his own spin and pawns them off.

have definitely seen stuff from here go there

posted on Dec, 13 2021 @ 03:17 AM
link
I know you cant cut stuff like Stainless Steel with a Laser as it reflects back and stuffs up things..Waterjet cutting is preferable buuut dont think equipping planes with long fire hoses will work..