Just a rudimentary search shows me nothing but silly overpriced gimmick beer. Most of which is an IPA.

Breweries like Rouge, I once respected. " Dead Guy Ale " Was a favorite. Then they started with choco-taco-bluerasberry-coffee-bourbon-creme type beers. Who are drinking these beers? It must be children the way they are marketed, Also I find them to leave me with a head-ache. Something that could be attributed to the way they were fermented. A younger me would probably be fine though. That's okay make sweet gimmicky beers for kids to compete with hard lemonade or whatever.

Why no traditional style beers? Why can't I find an American craft brewer who follows the German purity law? Brews me a nice Helles Lager, That is some-what cost effective.

Sure it may exist but this is a rant! During this rant I'm drinking a Guinness Extra Stout a very horseshoe(game) beer, Some times outstanding - Other times too sweet and fruit ester flavored. This time it is balanced between the two. Close but not cigar. I don't mind variation in a single product, No two beers can ever be exactly the same.

Even as I'm drinking it the flavor is changing. Such a complicated beverage yet here we get gimmicks like, Golden Monkey Tripel from Victory. Corriander is a traditional brewing spice though not traditional in a Belgian Tripel. Interesting for a gimmick not a year round offering. At least not before they produce a tried and true Tripel. Straight to the gimmick forgot perfection of the style.

Do be sure to tell me of the good beers that exist! Even though this is a rant. Remember I might judge you on your taste in beer. What's the name of that brewery that says, " Good people drink good beer " Nice sentiment good gimmick, They go too far though - Of their year round offerings almost all are IPAs. What's wrong with IPAs? Nothing, Just there are more styles of beer than an IPA. Some paranoid people also dislike how hops contain an estrogen like chemical.

Articles like this make me even more wary of the effect.
Probably worth a thread on it's on. Possible conspiracies? I think so.

My fridge has a case of Bud light....

I will occasionally chew a pint of Guinness.

But, a friend told me about this a long time ago, not even sure if you can still get it.
I fell in love with it, because I love smokey flavors. 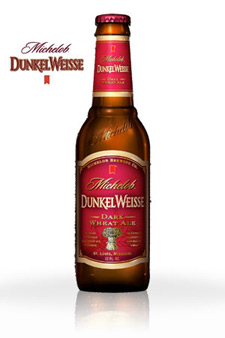 My fridge has a case of Bud light....

I will occasionally chew a pint of Guinness.

Did you ever chew a Spaten Optimator?
I like Spaten Holiday Bock when it is available.

originally posted by: aLaughingMan
Why no traditional style beers? Why can't I find an American craft brewer who follows the German purity law? Brews me a nice Helles Lager, That is some-what cost effective.

Cape May Brewery does a great Helles Lager.

There are plenty of smaller breweries doing Belgian, German and English style beers. There are also plenty of American beers made by smaller producers who are not part of one of the majors.

originally posted by: butcherguy
Did you ever chew a Spaten Optimator?

Good stuff, my old boss got me turned on to this one.

New Belgium is really good if you like belgian style, whether it be trappist, blonde, trippel etc They also do IPA which I used to like but too strong these days.

Bluntone22 is right, Blue Moon is good too.

I had the Deftones (band) Phantom Bride IPA at a restaurant the other day it was pretty good too. I have not seen Belching Beaver in stores though.

Frankly these days I am mostly getting more mainstream imports like Leffe's Blonde, or Stella Artois. Or Grolsch. The more 'hay'ish flavour from Netherlands/Belgium

At the dispensary, they now have a 420 beer that I have yet to try.

If someone pays for that stuff, then why not allow running a business catering to those folks??

Just because YOU can't see the appeal doesn't mean there isn't any appeal to others. Who are you to judge - and why?

Have a beer and relax.

Honestly, the IPA's have got to stop. Craft beer can be good but IPA's, at this point, is a sign of laziness. You're right, the every-flavor-in-the-book schtuff has got to stop. My beer of choice, I drink for a while, leave, but always come back to is Old Rasputin. Tastes just like sweet motor oil like gawd intended good beer to taste. Not this sugary, kind of sour, junk.

The worst offense to all this microbrew trend is that Zima found a way to come back. I think that says more about the state of our country than anything. That joke drink Zima, or hard seltzer, we now love it and the people who drink it. Unforgivable.

Guinness is meh. It's the default choice when the bar serves rubbish.


originally posted by: aLaughingMan
That's okay make sweet gimmicky beers for kids to compete with hard lemonade or whatever.

Okay. Why then do so many Americans have to buy import beer to get a non-gimmicky cheaply made beer with adjunct flavors to mask that? Must be a market for non-gimmicky beer (in America), Oh right - It's just the import market.
edit on 28-9-2021 by aLaughingMan because: (no reason given)

I'm not sure I'd call an IPA lazy brewing. They may all taste similar but for those who appreciate hops and enjoy recognising and identifying different hops these IPAs are great. There's also a large elent of skill involved in selecting hops and choosing when to add to achieve a decent flavour as well as a consistent flavour.

Then, if you don't have IPA you're generally left with a malt profile, modern drinkers tend to favour a hopped profile so I can see why IPAs are successful.

posted on Sep, 28 2021 @ 12:37 PM
link
Texan beers are my fav. Revolver Brewing out of Granbury. Love the blood and honey. Its blue moon with balls. Tall City brewing out of Midland. They make Five Hour Drive. An incredible blonde. Rawr and Son's out of Dallas area offers up some tasty selections. Karbach brewing out of Katy. Love their Crawford Bach and Hopadillo. I'm in IPA guy as well, but usually drink those in winter. Check em out now that Texas can ship alcohol.

IPA get old. I have no idea how hard it is to make one over the other, but I do feel you get a better variety with porters and stouts than you do IPA; unless you start throwing in fruits and grains.

originally posted by: and14263
The number of beers on the market leaves us with amazing choices.

Guinness is meh. It's the default choice when the bar serves rubbish.

So true. I'd never thought about this but when you go through the list a bar or restaurant has and aren't feeling it for the fussy beers then its reliable old guinness to the rescue.

I tend to drink stella as default, and like the guinness, now tastes processed and not so fresh after having had them on tap in europe where you got an example of what they really could be like.

My friend used to bring Dead Guy ale up from oregan which was great but sounds like they are messing with new flavours too now. Not totally against new flavours as I had a few on a touristy, hot day this summer and realistically it wasn't that unlike putting some lime in a Corona and very pleasant. Would I want to be drinking that raspberry beer come winter or even have a second one? Nope.

At the dispensary, they now have a 420 beer that I have yet to try.

Try some Great Lakes Brewing Co. beers.
If you can get a fresh batch, most of them are to die for.
I really enjoy the 'Elliot Ness' Amber Ale

CHECK THE DATE though.
You should do that with all craft beer, really.