posted on May, 27 2021 @ 08:42 AM
link
Newly surfaced documents reveal that the U.S. government met with inventor Otis T. Carr in 1967 to evaluate his Gravity-Electrodynamic technology. Carr's papers and photos shed new light on his work to generate free energy and duplicate flying saucer propulsion, requiring a fresh chapter to UFO history.

This extensive examination of Carr and his life draws from period documentation, recently released FBI files, court records and previously unpublished interviews to assemble this report. A book-length epic in four parts. 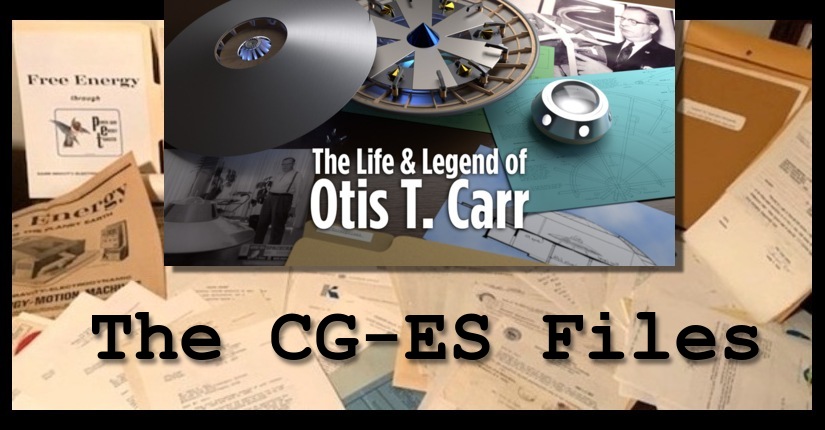 posted on May, 27 2021 @ 09:03 AM
link
I don’t doubt that a new UFO awakening will happen with the re-announcement of old technologies stories being re-surfaced and renewed as something new. Stories that have been forgotten and shelved, archived in decades of antiquity. Many inventors and their inventions have been forgotten but will re-appear as new, their inventions brought to light for people to re-discover or discovered for the very first time. The inventions of yesterday will be the new WOW of today.

One should remember that some inventions back in the day were sometimes titled in such away that made it easier to explain in a analogous terms for the everyday day joe to understand....but was real science for the inventor.

One of Mr. Carr’s inventions.....Amusement Device

I would venture to say, that the Outer Limits episode Second Chance (1964) was inspired by the flying saucer of Mr. Carr.

In his 1959 patent “ This invention relates generally to improvements in amusement devices, and more particularly, to animproved amusement device of the type wherein the passengers will receive the impression of riding inan interplanetary space craft.”

In the Outer Limits episode, the “actual” ufo is masqueraded as an amusement ride!

Are there any photos of his machine off the ground? If this is true then we should be able to make hoverboards.

It's part of a series, “Flying Saucer Swindlers,” examining the incredibly rare instances where UFO-related hoaxes or fraud resulted in arrest and convictions. 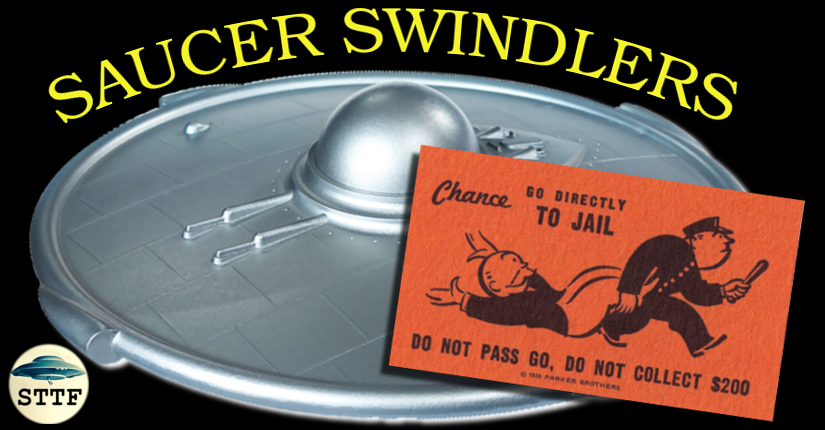 I just spent 10 minutes reading a patent for a carnival ride that simulates a UFO...

But it never actually leaves the ground, the only thing making it raise up and lower is a piston assembly it is attached to.

originally posted by: Lucidparadox
Umm am I missing something?

I just spent 10 minutes reading a patent for a carnival ride that simulates a UFO...

But it never actually leaves the ground, the only thing making it raise up and lower is a piston assembly it is attached to.

The point is when UFO news stories back in the time of Carr and previous to that, where public...inventor’s where inspired to dream up of ways to explain what a UFO Flying Saucer was, how it was controlled, what aerodynamic elements may it have etc.

It doesn’t matter if like Carr, it was conceptual in his mind. It’s that it bore serious thought by all sorts of inventors .... there are dozens of Flying Saucer patents out there going by different titles, never the less the drawings of these flying saucers(disks) are expressed as what if’s. Some of the patents don’t express deeper technologies concepts of the inventor ... patents are just then surface information.

Yes, to you and me..it’s an amusement as written - some patents filed will always be developed on. To Carr, his thought process might be, if you add this and you add that ..then the “amusement “ will actually fly.
edit on 27-5-2021 by Ophiuchus1 because: (no reason given)

posted on May, 27 2021 @ 11:03 AM
link
a reply to: Ophiuchus1
In the final chapter of the article series, you'll see that's just the case. Carr claimed that the amusement ride patent contained the flight principles. In his mind, maybe so. He seemed to genuinely believe, but a working machine was always just a few thousand dollars away.

Last night we witnessed an object that was roughly commercial aircraft in size but it was lined with blue lights flickering unevenly. No tail or wing lights, no headlights, completely dark except for the blue glow from...windows? Very quiet, very agile. Moved south east, turned east then back south while flying over our property. Faded out of sight while we watched it depart from the neighborhood. Not like it got too far to see, but like it shifted into stealth mode or something. It was night time so I could be mistaken...

No idea what to think of it, I'm inclined to believe it was military because it didn't behave particularly unearthly but it was definitely not standard aircraft.
edit on 27-5-2021 by TzarChasm because: (no reason given)

posted on May, 28 2021 @ 09:18 AM
link
a reply to: TzarChasm
I'm not sure where you should post it, but it there are people interested, and you should file a report with NUFORC or something, if for no other reason than to properly document it. Get your information together, time date, directions etc., all that will help to investigate , and to check if there were other witnesses.

Getting back to the topic under discussion, Otis Carr is often ignored by UFO historians, but he was an influential figure, if nothing else his interactions with the media and saucer convention scene make him worth discussing. Carr claimed to have a few UFO sightings himself, but never provided detailed descriptions of them, only cited them as evidence his technology was based on working principles.