I'm a moderate, fringe lunatics are the problem.


No, you are a radical left-winger... Claiming people are criminals for being your political opponents doesn't make you moderate, it makes you an authoritarian and radical far left-winger just like your pals Pelosi, Swalwell, and the entire CCP loving former democrat leaders are.


originally posted by: AugustusMasonicus
No, I believe criminals should be punished, you believe demagogues should have free reign.


originally posted by: AugustusMasonicus
I'm not on the Grand Jury, bro, I don't get a say in the matter. I know you don't like the criminal justice process in the United States, maybe because your country operates in a more lawless fashion.

Yet you label YOUR political opponents like president Trump as a criminal without ANY EVIDENCE corroborating your lies...

BTW, i have already explained it to you several times. Your democrat hell hole heavens don't prosecute REAL criminals anymore... in your democrat hell holes criminals can steal and get away with it, they can burn people's businesses, and public property for over 9 months causing billions of dollars in damages and they get away, are bailed out by your REAL criminal ahole leaders like Harris, Pelosi, Swawell, etc...

Your lying ahole, CCP loving leaders have instead labeled ALL REPUBLICANS, and everyone whom dared support President Trump "as a terrorist, criminal, insurrectionist, etc... Meanwhile you and your radical ahole, CCP loving and bought far left leaders get away when they did incite violence, and called your rioters as "mostly peaceful protesters.

In your democrat hell holes just being "your political opponents" makes people criminals. Which is exactly what happens in communist, fascist, and other socialist/communist dictatorships.

If President Trump was judged in a conservative court system he would be immediately released and instead your lying CCP loving and bought far left leaders would be sued, and would lose, for defamation of character and for using lies to attempt coups against the President Trump and his administration.

Only idiotic, brain dead far left morons would claim that a President which called for "a PEACEFUL and patriotic way to have our voices heard" equals to insurrection and violence.


originally posted by: AugustusMasonicus
Probably not going to happen, buckaroo, I'm not a criminal scumbag under investigation by a Grand Jury.

You cannot escape the laws of nature/God even if you don't want to believe in them.

So you are a science denier as well?... Like most far leftists...

Have you ever heard of Newton's third law of motion, aka physics?...
"Every action has an equal and opposite reaction."

This law, and others which deal with physics and quantum mechanics, not only apply to physical objects but also to all forces of nature, including energy.

When you have so much hatred for people whom are only your political opponents, and you claim that such political differences makes people criminals, you are releasing energy in the form of thoughts, and thoughts as a form of energy will attract other forms of energy as negative as your thoughts are. Not to mention the fact that you are puting your thoughts in writing cementing your thoughts even further and making them reality.

In case you didn't know, there is a quote by non other that Einstein in which he stated: "energy cannot be created or destroyed, it can only be changed from one form to another." AKA the conservation of energy law.

Thoughts as energy will attract other equal and powerful energies, which is a good definition for karma.

So don't believe in science if you want, like so many far leftists do, but your actions and thoughts have consequences and will attract other negative energies to you, aka karma.

edit on 2-3-2021 by ElectricUniverse because: add and correct comment.

I believe there are a lot of criminals out there. Unfortunately, many of them get away with it without actually getting indicted at the same time.

Doesn't matter what one of us thinks. If there is an indictment by a GJ than that means the state feels there is enough evidence to try someone for a crime.


Only in fascist, communist and other socialist dictatorships are political differences from the left made into "crimes."

If you are a far leftist, and like your criminal far left leaders, you think that using LIES agaisnt your political opponents makes them "criminals." Then you are as radical as hitler was, as Mussolini was, as Mao was, as Lenin was, as Stalin was, as the castro brothers were/are, etc, etc...

Not that long ago I wrote a thread about far leftist politicians in South America using merely accusations, no evidence whatsoever only accusations, to put in prison their political opponents, and in that thread I stated the left would do the same in the U.S.

You, and other far leftists/never-Trumpers are helping turn the U.S. into another dictatorial hell hole. Despite the fact that you far leftists, have always claimed you are not like communists, or fascists... But in reality you are the mirror image of communists and fascists whom always make their political opponents into "criminals" for daring have other political and ideological beliefs.


edit on 2-3-2021 by ElectricUniverse because: add and correct comment.

posted on Mar, 2 2021 @ 11:29 PM
link
By now I would have thought everyone knew how the cartel plays. Less we not forget these people aren't really politicians or leaders.. they are actors, with actual degrees in there of.

While they did get his documents, they will doctor them up. *gasp

#gamestop its all bs and fake. And I mean everything.

originally posted by: LeoStarchild
...
#gamestop its all bs and fake. And I mean everything.

An official government agency investigated the #gamestop and they found that the people involved followed the law and it was completely legal. But far leftists/never-Trumpers whom don't want the common people to have such power making themselves richer claim that it was illegal and should be banned...

I understand that. My reference was eluding to the system being Rigged.

I understand that. My reference was eluding to the system being Rigged.

Yeah. i understood your reference. My point is that the far left, and rino globalist elites have for a very long time made it more and more impossible for regular people to become rich, or wealthy enough to be completely independent. Under President Trump more Americans had more opportunity to make more money, and to be a bit more secure. Far leftists/globalist RINOs do the opposite every time.

originally posted by: ElectricUniverse
No, you are a radical left-winger...

The only people who think I'm on the left are people in love with fascism.

Claiming people are criminals for being your political opponents...

Got a quote of me saying that?

Any crime that criminals commit. That's how a society with laws functions. I don't know what third world ****hole you inhabit but in my country, The United States, criminality is not acceptable.


Yet you label YOUR political opponents like president Trump as a criminal without ANY EVIDENCE corroborating your lies...

Got a quote of me saying that?

BTW, i have already explained it to you several times.

No, the only thing you've done is gone on unhinged rants because you hate the law in my country.

You cannot escape the laws of nature/God even if you don't want to believe in them.

No, I'm not worried because I never have been no ever will be involved in a felony invetigation.

So you are a science denier as well?... Like most far leftists...

Karma is science? What else do you believe is scientific, the Tooth Fairy?


Bro, you need a Snickers Bar. Or twelve.

originally posted by: LeoStarchild
Fascism is leftist. The great common misconception, just like slavery and the "flip" 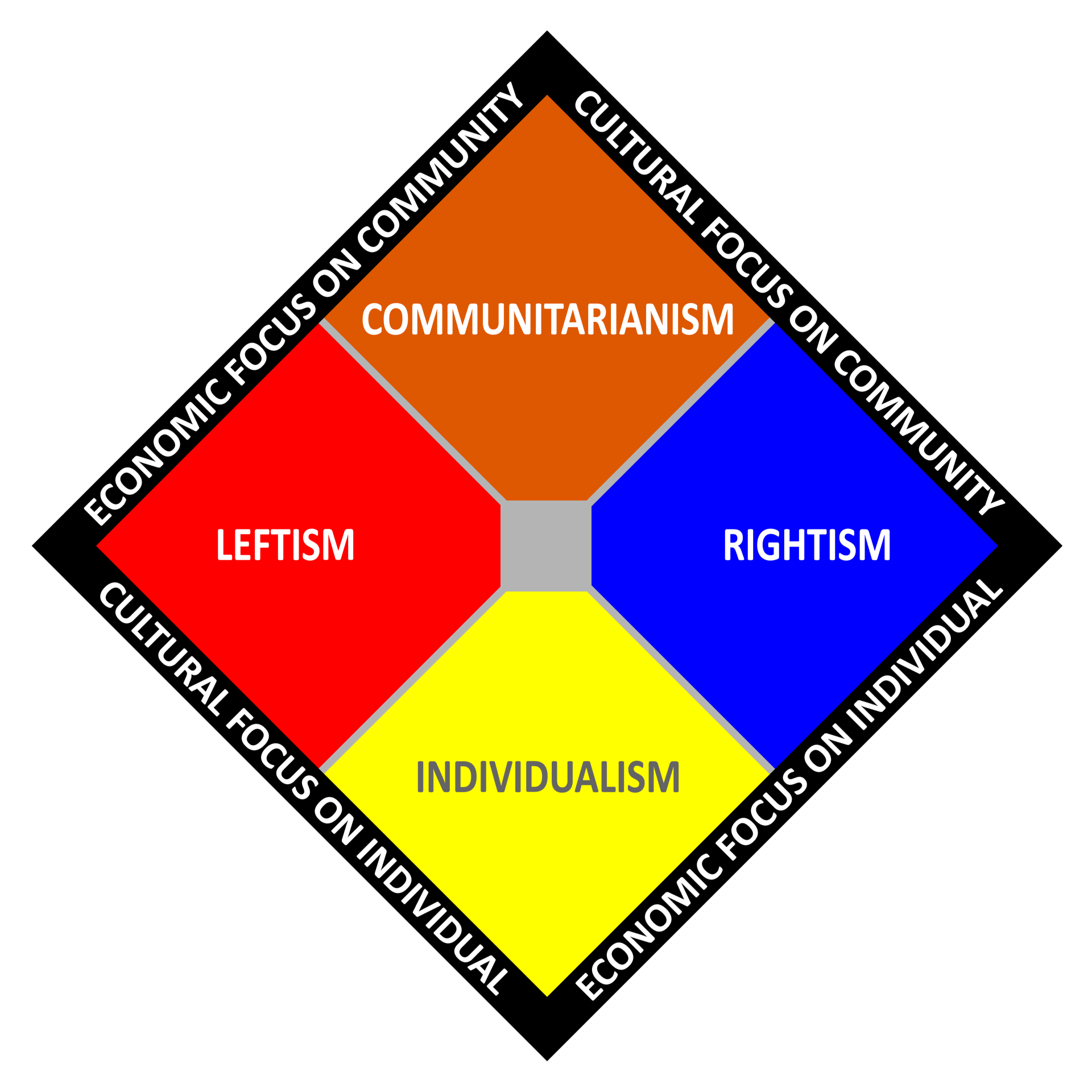 Fascism is nationalism in extremis.


edit on 3-3-2021 by AugustusMasonicus because: dey terk er election


originally posted by: LeoStarchild
Fascism is leftist. The great common misconception, just like slavery and the "flip"

mmkay. Not sure what that is .. but it looks like opinion.

originally posted by: LeoStarchild
mmkay. Not sure what that is .. but it looks like opinion.

Opinion is what you're doing.


originally posted by: LeoStarchild
mmkay. Not sure what that is .. but it looks like opinion.

Opinion is what you're doing.

You are intellectually dishonest.
edit on 3-3-2021 by LeoStarchild because: (no reason given)


Not interested in going back and forth. I dont care about ATS points.
edit on 3-3-2021 by LeoStarchild because: (no reason given)

You may even get your very own Sub-Reddit......

originally posted by: AugustusMasonicus
a reply to: Flavian

Alas we do have common ground.

originally posted by: AugustusMasonicus
a reply to: Flavian

That's very generous of you. I don't think Reddit reaches the dizzying highs of mere stupidity.......

It's amazing how you complain about criminality on the Left while crying about how Trump should not be investigated ecen though his own lawyer implicated him in bank fraud under oath.

Let's not forget that investigators also have Deutsche Banks records. The fact that this case has continued after getting those certainly makes it seem like investigators found something that corroborates Cohen's claims.