So, as you read "the Tarot" (with your chicken bones and potions), do you do the "3 card" or the "pentagram"? Perhaps you do the "Celtic Cross' even.

Do you read for yourself, or others?

Now you may think me sarcastic, but I am not. I am interested....and the Tarot shows the day, and the life.

So, what say YOU?

Major Arcana, but I don't do it any longer.

In college, I had a girlfriend who was a witch. (don't judge me, she was HAWT!)

She taught me how to read cards. Major Arcana.

One day I did a reading.

But as I was putting the cards away I saw that two cards were still in the box and I said, "Whoa! Have to do this again, you didn't have all the cards!"

When I looked at the cards, they were CARDS THAT I HAD DISPLAYED AND READ.

We both sh#t a major brick and I stopped doing readings after that.

originally posted by: Flyingclaydisk
I suspect AM's head is going to explode on this, but I will go forward none the less.

So, as you read "the Tarot" (with your chicken bones and potions), do you do the "3 card" or the "pentagram"? Perhaps you do the "Celtic Cross' even.

Do you read for yourself, or others?

Now you may think me sarcastic, but I am not. I am interested....and the Tarot shows the day, and the life.

So, what say YOU?

The Pentagram one might have use for some, but I am neither Pagan or Wiccan and do not think that the Christian religion should have anything to do with a Tarot reading so I don't use it.

As a bonus answer, matching the upper and lower Arcana to their appropriate Kachina for a timeline reading is a hobby of mine...

originally posted by: Flyingclaydisk
"Death" is not what it seems.


Devil is often related to drug use more often than not


I read for years. Celtic or planetary. Lost my deck when I moved to AZ, two years there I looked and could not find them. I am also very organized.

The day before I moved out, they appeared suddenly. That house was seriously haunted, and I took that as a sign, and I haven’t touched them since.


originally posted by: Flyingclaydisk
"Death" is not what it seems.


Devil is often related to drug use more often than not

Or excess in anything really.

Although in some cases I believe there is a sort of spiritual component, meaning that the person's religious beliefs may be contradicted by their own behavior and it effects them in a negative way.

Just an opinion on a can of worms that has as many opinions about it than it does practitioners.

Don’t mess with it, FCD.

“Do not turn to mediums or necromancers; do not seek them out, and so make yourselves unclean by them: I am the Lord your God.

“If a person turns to mediums and necromancers, whoring after them, I will set my face against that person and will cut him off from among his people.

There shall not be found among you anyone who burns his son or his daughter as an offering, anyone who practices divination or tells fortunes or interprets omens, or a sorcerer or a charmer or a medium or a necromancer or one who inquires of the dead, for whoever does these things is an abomination to the Lord.

posted on Nov, 12 2020 @ 09:45 PM
link
I messed around with a couple decks for a while in high school and college, and I enjoy looking at the Medieval one especially, but actually attempting to do a reading has not felt right for me for quite a while.

I will occasionally pull them out as a character building device for writing or storytelling when I'm suffering total brainlock, but I'm not seeking to divine anything at those points, just cast ideas for a storyline or character personality.

I like to have my people go through the whole deck, you can do this for yourself too, and just separate the cards into two pile, "yes" and "no", quickly. Don't put any thought into it, just quick reactions to the pictures. Yes or no.

Look at the "no" pile first. It tells a story of everything you've left behind, abandoned, where you've felt failure or a sense of loss or overwhelm, things you've missed, failed to notice, things that haunt you. What you resist. Things that could have been.

Then look at "yes" pile and see all the places where you've over done it, over estimated yourself, think to highly of yourself, where your ego betrays you and where you've placed your priorities. What you attract. Things yet to be realized.

You can do this as often as you feel necessary, and if you're reading someone else's piles, they're going to love seeing how the story comes together too.

Made my own type of reading up. Ignore reversals.

Two cards per question. Fully shuffle between each draw. The central issue and then a context card.

You can use about anything. Runes are cool too. Chinese folk culture have some cool ones. (For an atheist country they are anything but).

Ultimately I've discarded the practice, because even 10 card spreads like the celtic cross are prone to being fit together with bias like a more complex horoscope.

For example, two of swords means truce, compromise, or balanced conflict, invariably the reader can find an applicable situation. Then repeat with with the rest until all the bias with each card lines up. The intuition part here is the ability to take that complete picture.

It's accuracy I feel is a defect of their vague and ambiguous nature. And intuition aside you can make them say whatever you want.

When I know f'd up I don't need 9 swords and a tower to tell me everything's coming down.

But for fun and a better example:

Here's one everyone can read using a Golden Dawn tarot deck. I won't say what each card means, instead refer to the imagery to explain it if you want to play.

I asked the question:

"What will be the outcome of Trump's challenges?" 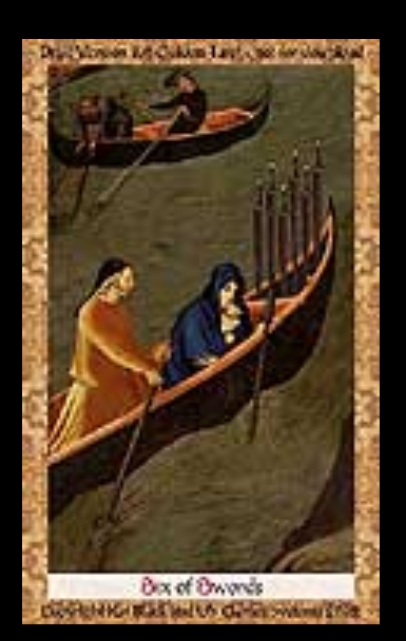 What is a card that further describes the central issue (outcome): 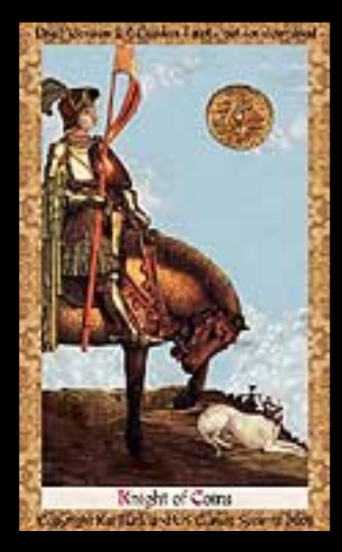 posted on Nov, 13 2020 @ 12:44 AM
link
I have no idea why there are two decks, minor and major archana - aracana means "secret", so I guess it´s a secret why.
Some say that to understand the Tarot deck you must read the Book of Thoth, because it´s based on it. Also, the there are many different versions of the deck, some say that its origin is from ancient Egypt. There is also Tarot astrology, where cards are a symbol for constellations and planets.

Nice artwork on that deck!

I have a set of empowerment cards that I love.

I usually do a 3 card reading for myself and my friends. I used to have a regular tarot deck, but now have inspirational cards.

I was surprised that it was you that authored this thread. I don't know why.
Anyway, do a reading for us if you'd like.

Personally I like a close variant to the Celtic Cross.

The layout itself matters little.

Have faith in your own visions and understanding, and let the cards tell you a story.

Just pick one you like. Or make one up!

The astrological spread works best for me.

I do mine and sometimes others but only for serious cases ; not for flippant amusement.

Seems to me that the Tarot works best as a complement to enhanced perceptive abilities. Hence, always necessary to prepare beforehand by clearing the mind and creating a suitable room atmosphere.

Remote reading does not work for me.

posted on Feb, 5 2021 @ 05:17 PM
link
I guess in circling back to this I always felt that the Tarot was more of a tool to puzzle out more of your inner self that was hiding from than it was anything predictive.

Since so much of it is symbolic, the symbolism connects to those elements in your subconscious and brings out.

But I read, mostly with my moms old deck.
I too ignore reversals. Sometimes, depending on what I "feel", I don't even pay attention to what the card drawn traditionally means.
Mostly I use the 3 card, with an additional card if I feel like I need more "information".

I was raised with them, so I don't feel like they are "bad or evil".
They are just a tool, like a crystal ball, (Great grandma used to do that, have a newspaper article about her!), runes, or any other divination tool.
I believe the info just comes from your Higher self..
You just have to be willing to listen. No different than listening to your "gut", but usually with more details.

originally posted by: Flyingclaydisk
So, what say YOU?


I can read for others, but not many people take me up on it. I flip through a free online tarot tosser just to open my mind up to possibilities. I found one that gives pretty good interpretations, but I still like to do the reading for myself. Sometimes their take on the cards is not the same as mine, also they don't invert, which is odd.

I'm not trying to predict the future. I'm just trying to get a fresh perspective on my situation and see if I can come up with anything better or more productive I can do to address it. The cards are pretty good for that.