posted on Oct, 3 2020 @ 10:28 AM
link
a reply to: lostbook
Maybe a bookshelf filled except for that awkward missing one that'd cause an OCD person a breakdown?

Oooh, what about showing a popular book series lined up, EXCEPT the first volume.

posted on Oct, 3 2020 @ 10:31 AM
link
I'm colorblind and I just like the high-contrast. Many people's names I have to highlight to see because I can't read them due to the colorfulness of their avatar.

I realize I could get this contrast and still have an avatar. But, on the other hand, words here I think are what matter. Get to know me through them. Not some fancy avatar.

I don't remember when I changed it but You may be correct. I was going through a time where I was visualizing my life prognosis after finding all of those polyps in my colon plus the several other skin carcinomas I have had removed through the years. I was going to talk to my dr about having an ultrasound done but finally decided that I didn't want to know. After all, I am God's servant and only he has power over life and death for me.
Thank You for linking me back to that post. It brought a smile to my face reviewing it again.

What about a lonely book with touristy belly bag and a map in a big city? Members could even contemplate about the deeper meaning of a book holding a map.

posted on Oct, 3 2020 @ 10:40 AM
link
a reply to: ThatDamnDuckAgain
I like it, maybe we're secluded enough that people still know what a map is.

One day I wandered onto his offerings and came across a song he worked
which vastly improved the song’s content, and added deeper meaning.
At times we forget how good audio can
embellish video.

The original video as done by the band, is complete crap.
The song was literally damaged by their effort.
However, the work done by Monkeykeith has made this into a favorite.
It says it all about what is really happening in our time slice on earth.
The video punctuation is superb. The implications are unmistakeable,
yet he simply added a bunch of nasa segues, a smirking astronaut with huge ears
and a neurolink head, holding up a hand to demurely wave as he enters his capsule.
Rocket plumes, ignition blasts, intertwining with bass, guitar, and drum accents.
It is brilliant, and delivers chills.

My snap comes from this, during the guitar solo, as the thing extends and points it’s
radar weapon to somewhere on earth, a little space soldier crawling around on the structure.

I don’t know. It just does it.
One day I tried loading it, but it crashed, came out
squished, not showing the entire image.
Then one day, a mod must have fixed it.
Never had luck loading photos here.
It was a clear winner over the school yard drawing I found
with a bunch of kids sporting hair like Moe from the 3 stooges,
spraying piss all over the bathroom,
with giant penile members, the word SPACE scrawled inside an oval at bottom.
with a couple of benzodiazepine tablets (it was labeled) in foreground.
Just above SPACE oval is the alphabet
missing a couple letters.....Q R X T U V.
The upper half of page is where the drawing is...
an alien with real antenna overseeing the event, either looking
in a through a circular porthole, or perhaps wearing a transparent helmet
while positioned in corner near bathroom ceiling,
with 93 in a circle
floating next to his head.
There are multiple renderings of urinals
and/or toilets, which appear to convey sexuality in the crudely but
quite consistently rendered curves. It is either a toilet seat, a set of tits, or an ass.
You must see this. I’ll probably have it framed.

I won’t change avatar. I think my machine is too old to load photos at ats.

originally posted by: NarcolepticBuddha
a reply to: DISRAELI

Indeed DISRAELI, you've been here longer than I and I think you've had this beige backdrop all this time.

It is distinguished and you.

My present avatar is my fourth. For the covid-19 days.
It's like "at last I can show my face again!"

I'm thinking of making a new avatar out of this picture though.
Just have to figure out this camera on my computer to get a better shot, high def, not so grainy. 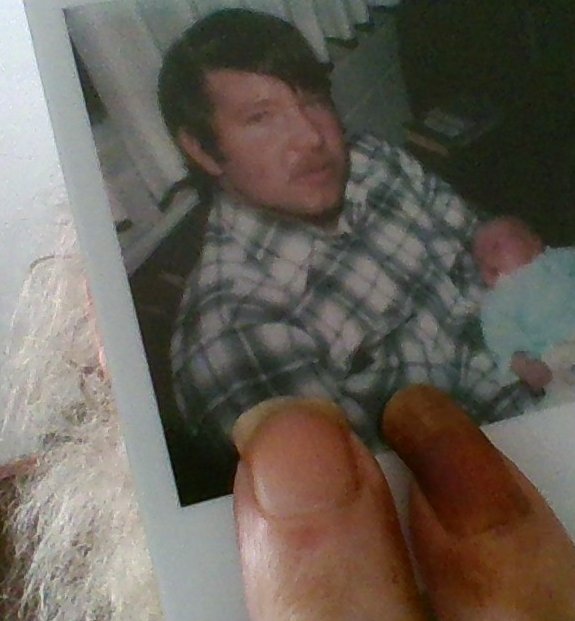 What happened is that the Ghost of Christmas Past(GCP) took me on a sort of tour. When we got to this time and place, I noticed an old Polaroid Camera, not a real Polaroid, but a Kodak knockoff. It was sitting on the coffee table.

When the GCP wasn't looking, I took a quick snapshot and hid it behind my back.

Anyway, it seems that there was a time when I looked like that.


At a time when the default background colour was black, and the text colour was very similar, a light replacement was the only way I could read my stats. I knew what I was doing.

originally posted by: ntech
A photograph of the souvenir I got from the Twilight Zone.

Yes, friend. I remember that journey you shared with us

posted on Oct, 3 2020 @ 01:30 PM
link
Ive tried to keep mine consistent and identifiable for a while. The intent there is to provide an easy ID for those who wish to ignore my posts (or not). Length works towards this same end.

Avatar is circular Gallifreyan because I am a nerd, and I love the aesthetics of it even as a "made up" language. Probably doesnt mean anything.

Username is related to later stages of what I hope to accomplish in life.

Signature is a poignant quote I put in years ago, as I felt it eloquently illustrates one of the most pressing issues in modern times. As well as a driving force of a background hum that permeates multiple stages of our civilization.

Ive always felt that some form of personalization helps keep the dehumanizing aspects of online interaction a bit mitigated. But.. It can also work towards the opposite when it is used to display nothing more than allegiance.

Username=A chess/poker reference. Two long time hobbies. 33 is just a good esoteric/conspiratorial number, and every other variation was already taken.

I appreciate you taking the time to chime in!

Nothin : is about the feeling, or concept, of nothingness.
Beyond, below, and above 'things'.

What's left, when all labels, identifiers, and descriptors are peeled-away.
Peeled-away, until there is not a 'thing left, that can be named, identified, or pointed-at.

No more other, and no 'thing' left, to perceive any supposed other 'thing'.

Of course : there is a heartbeat here. Relationships, a job, a car, bills to pay, memories, yada-yada-yada.

They are but ephemeral, fleeting...

originally posted by: EternalShadow
I tried uploading an avatar thing several times and could never get it to work.

Is there any significance to the username? Please share.

And if you'd like to use an avatar feel free to ask around in this thread. I can help you, or least point you in the right direction.

It's not an issue that can't be solved.

I recall you used an avatar in the past of some stones with messages on them.

I have always been fond of you and your posts based on that avatar, because I knew it came from a place of humor and humility.

I am a fan of what you contribute to ATS