My grandfather always used to say, English only became the language of the US by a narrow margin.
ATS could almost have been in German!

I've never been to America, but my granny always spoke of her relative, Fred Koch (Kohler) who was a wrestling promoter in the US and whenever he visited Germany, he was a big millionaire:

Frederick Koch (January 6, 1903 - August 24, 1969), known professionally as Fred Kohler, was an American professional wrestling promoter. The owner of Fred Kohler Enterprises, Kohler produced the popular DuMont Television Network program Wrestling From Marigold (1949-1955). Kohler promoted matches in Chicago, Illinois for close to 40[1] years and was responsible for such talents as Verne Gagne and promoter Jim Barnett. He was also president of the National Wrestling Alliance from 1961 to 1962.

Unfortunately with World War I, there was massive anti-German propaganda, and the language was phased out of schools.
Many Germans even changed their names and surnames to appear more "Americanized".

Since the Germans also moved into rural areas that resembled their homelands (like the great plains) they're also quite mixed with indigenous populations.

In fact, there was a "German belt" from Pennsylvania to California.

Any stories from particularly the US, Canada and northern Mexico about German heritage?

I guess ww2 hidden agendas and deals behind closed doors did exactly as you described.

Nothing to be proud of thats for sure.....thankfully english won out except in the corridors of elite power with the cameras off of course.

Strange though, we hear a lot about Japanese Americans or even Italians or Russians, and their short-term plights in US internment camps (and not all were squeaky innocent, as is suggested these days).

Yet, with the Germans an entire (and considerable) ethnic group gave up their language and culture, or risked discrimination from their mainly English neighbors.

I guess that's not worth remembering.
Yeah, when you couldn't even say "hamburger" - you had to say "liberty burger".


My grandfather always used to say, English only became the language of the US by a narrow margin.


actually the english langue is a variation of the west germanic language, known as old english. but don't tell that to some of the arrogant brits that come on here they get all pissed off and say no it's not.

half of the words used today in modern english have roots in old english/ west germanic language.

This original English language that was infiltrated by French and Latin, called Anglo-Saxon, gets its name from the Germanic tribes who migrated there around 500-800 A.D. That’s right, Germanic. Can you see where this is going?

These Germanic tribes had been speaking their own version of English before the Normans came, and continued to speak it after the Normans came to England. Norman and Latin words didn’t displace much vocabulary, or subtract anything, but rather they added to this early language.

Even today, 80 of the 100 most common words in English are Germanic in origin. These most basic, most frequently spoken words in English and German are from the same roots, making them all extremely similar. Give or take a few spelling and pronunciation differences, they’re practically the same. For example:
5 Surprising Similarities Between German and English That’ll Help You Learn German Today

Shakespeare put around 1,700 new words into The English Language.

I don't think he was German . 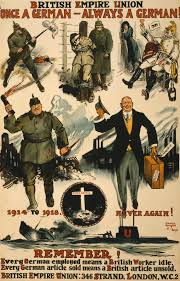 When you are at war with your enemy, racism doesn't come into it.


see i told you some arrogant brit would come along and say that it's not.


see i told you some arrogant brit would come along and say that it's not.


never said that he didn't invent new words, what i said is english is based off of german dialects.

shaksphere spoke in early modern english,which was still using a variation of a german dialect when he invented the new words.

You are a little bit right but also incorrect, Proto-Germanic isn't German, European languages are all derived from this main branch which also came from the Proto Indo-European language.


A defining feature of Proto-Germanic is the completion of the process described by Grimm's law, a set of sound changes that occurred between its status as a dialect of Proto-Indo-European and its gradual divergence into a separate language. As it is probable that the development of this sound shift spanned a considerable time (several centuries), Proto-Germanic cannot adequately be reconstructed as a simple node in a tree model but rather represents a phase of development that may span close to a thousand years. The end of the Common Germanic period is reached with the beginning of the Migration Period in the fourth century.

This is old English.


the arrogant brits that come on here

see i told you some arrogant brit would come along and say that it's not.


That's uncalled for and childish don't you think? you should learn some manners and respect your fellow ATS members, talk about arrogance. This isn't the mudpit!


You are right but also incorrect, what about things like latin which the Romans spoke?

well i can post sources that say it is,

first a wiki cause it's fast,


English is a West Germanic language that originated from Anglo-Frisian dialects brought to Britain in the mid 5th to 7th centuries AD by Anglo-Saxon migrants from what is now northwest Germany, southern Denmark and the Netherlands. The Anglo-Saxons settled in the British Isles from the mid-5th century and came to dominate the bulk of southern Great Britain. Their language, now called Old English, originated as a group of Anglo-Frisian dialects which were spoken, at least by the settlers, in England and southern and eastern Scotland in the early Middle Ages, displacing the Celtic languages (and, possibly, British Latin) that had previously been dominant. Old English reflected the varied origins of the Anglo-Saxon kingdoms established in different parts of Britain. The Late West Saxon dialect eventually became dominant. A significant subsequent influence on the shaping of Old English came from contact with the North Germanic languages spoken by the Scandinavian Vikings who conquered and colonized parts of Britain during the 8th and 9th centuries, which led to much lexical borrowing and grammatical simplification. The Anglian dialects had a greater influence on Middle English.
History of English

and from Encyclopædia Britannica


That's a little uncalled and childish don't you think?

no not really because it was true it didn't take long for one show up.

posted on Sep, 28 2020 @ 10:54 AM
link
Britain and Germany have nearly always had good relations. When we were busy empire building, Germany was providing us with troops (as we had the Navy downpat). The only couple of times we really fell out we decided to involve the rest of the world (see, we are both good at sharing).

As to the thread itself, it could be easily argued that the only reason the USA became Anglicised during World War 1 was because of the Zimmerman telegram, "intercepted" by UK intelligence and helpfully passed to US intelligence. This detailed German plans to invade the USA through Mexico. There is a strong likelihood that this was forged by the British in order to drag the USA into the war.

However, US involvement was also down to us (Britain) providing military secrets to entice the US into the war. This was a trick we repeated in World War 2 with the Tizard Mission.

posted on Sep, 28 2020 @ 10:55 AM
link
not for nothing google translate is also availible in Frisian !
a reply to: hounddoghowlie


wats the point...??//? the only tru americans are the native indians ! the rest are all immigrants... if you put all nationalaties of the world in an blender an amerikan is the result... do'nt ask me how it taste..

native americans aren't natives they are decedents of emigrants too.
again a wiki cause it's fast,


According to the most generally accepted theory of the settlement of the Americas, migrations of humans from Eurasia to the Americas took place via Beringia, a land bridge which connected the two continents across what is now the Bering Strait. The number and composition of the migrations is still being debated.[1] Falling sea levels associated with an intensive period of Quaternary glaciation created the Bering land bridge that joined Siberia to Alaska about 60–25,000 years ago.[1][2] The latest this migration could have taken place is 12,000 years ago; the earliest remains undetermined.[3][4] The archaeological periods used are the classifications of archaeological periods and cultures established in Gordon Willey and Philip Phillips' 1958 book Method and Theory in American Archaeology. They divided the archaeological record in the Americas into five phases;[5] see Archaeology of the Americas.
History of Native Americans in the United States

just because someone got somewhere first doesn't mean they were natives to that land. same all over the world.

posted on Sep, 28 2020 @ 10:58 AM
link
The proto-germanic language was what came before west and north germanic and also Latin was introduced into English well before Anglo-Frisian dialects were brought here.
also..

Proto-Germanic developed from pre-Proto-Germanic into three branches during the first half of the first millennium of the Common Era: West Germanic, East Germanic and North Germanic, which however remained in contact over a considerable time, especially the Ingvaeonic languages (including English)

no not really because it was true it didn't take long for one show up.


I could say the same about Americans who seem to think that they are the centre of the universe.
edit on 28-9-2020 by Kurokage because: (no reason given)


not for nothing google translate is also availible in Frisian !


are you saying Frisians is not germatic?

once more a wiki cause it's fast,


ATS could almost have been in German!

What's funny is ATS was a British website which then became American!