posted on Aug, 29 2020 @ 07:05 AM
link
On August 27, I published the topic "Special operation against Putin and Trump threatened the Third World War" on the forum. In it, I quoted the words of the famous Russian eco-nomist, very close to the Kremlin, Mikhail Khazin, who in particular said:

"But I have a feeling that the people who did this, well, for example, the Security Service of Ukraine could have done it by order of Soros, conditionally - they simply do not know that there are other cities between Tomsk and Moscow. If the plane in which Navalny was flying had landed in Moscow, he would most likely have died. But in Omsk he was rescued. "

Many forum members laughed at me then. The most popular word was "LOL". Well, there is no rush in politics. Now some details of what happened are revealed. Especially I will give you the sources of the Znak.com edition. This is an extremely liberal opposition publication. which is very difficult to suspect of love for the Russian government and Vladimir Putin.

So, the edition has published 2 articles. First -"The Omsk airport explained why people were evacuated from the terminal on the day of the emergency with Navalny." It turns out that when the plane with Navalny was in the air and requested an emergency landing and medical assistance in Omsk, phone calls followed about the mine-laying of the airport, and people were urgently evacuated.

“The Omsk airport reported that the evacuation of people from the terminal building on August 20 (the day when the plane with Alexei Navalny urgently landed in Omsk) was carried out due to the announcement of the mining of the airport. Leading specialist in corporate communications at the Omsk airport Galina Gavrish at the request of Znak. com replied that the message about the false domination came five minutes after an S7 plane requested an emergency landing at the airport due to a sick passenger.

“The first [message arrived] was at 8:25, the second at 8:30. Standard measures were taken for each situation. It is worth noting that the announced evacuation of people at the airport did not in any way affect the operational actions of the airport services related to the provision of timely medical assistance. At the time of the plane's landing, the medical teams were in place and boarded the plane immediately after the ladder was put in, "said Galina Gavrish, a leading specialist in corporate communications at Omsk airport."

In the next article,"Information about the possible evacuation of the airport on the day of the emergency with Navalny was classified in Omsk," it is written that the Ministry of Emergency Situations in the Omsk region also could not explain whether rescuers went to the airport to call. The Ministry of Internal Affairs for the Omsk Region did not comment on the situation either, advising them to contact the Investigative Department of Transport in the Siberian Federal District. There is still no answer.

Interestingly, the article says, with reference to the Aviaincidents Telegram channel, that messages about the mining of the Omsk airport began to arrive an hour before the emergency landing of the plane with Navalny. Thus, indeed, someone wanted to interfere with the landing of the plane and the provision of emergency assistance to Navalny. But despite this, the plane landed, and Omsk doctors saved his life, for which they are now under severe pressure and obstruction of the liberal part of the opposition in Russia. Insults to Omsk doctors are already crossing the boundaries not only of morality, but also of the Criminal Code.

Let me remind you that there is still no official press conference of German doctors, at which the causes of Navalny's illness should be officially announced. Although the Western media are trumpeting about the "poisoning".

But against this background, in an interview with Tsargrad, the words
former member of the UN Commission on Biological Weapons Igor Nikulin:

"Der Spiegel wrote that Navalny was poisoned with substance E-607. E-607 is plastic, it is not organophosphorus at all. So, in my opinion, they pointed a finger at the sky. Of course, in the West they really want Russia she was to blame for everything, but so far they have not presented any evidence ...
Apparently, they were all waiting for a sensation, but there was no sensation. So while all this is speculation and assumptions ... "

“As for Novichok, this is the trademark of the British special services, with which they have been working for at least the last 25 years.

"Novichok" was produced in the Soviet Union only in one place - in Uzbekistan. The Pentagon allocated 4 or 5 million dollars for the disposal of this facility, they removed everything from there: equipment, raw materials, and technological regulations. And they worked with him for several years in Salisbury. In particular, this was done by our defector Vladimir Pasechnik, who died in 2001 under mysterious circumstances ...

In general, what is "Newbie"? We did not have such a term, we had the Foliant program, it is a Soviet binary nerve gas. "

The time will come when the Russian investigating authorities will publish information from which telephones and IP addresses there were messages about the mining of the Omsk airport in order to prevent the landing of the plane with Navalny and thereby kill him. Although now it is - "Le secret de Polichinelle".

If suddenly someone decides to write to me. that Germany is a sovereign state, and its chancellor can say what he thinks. let him look at this map. Thank. 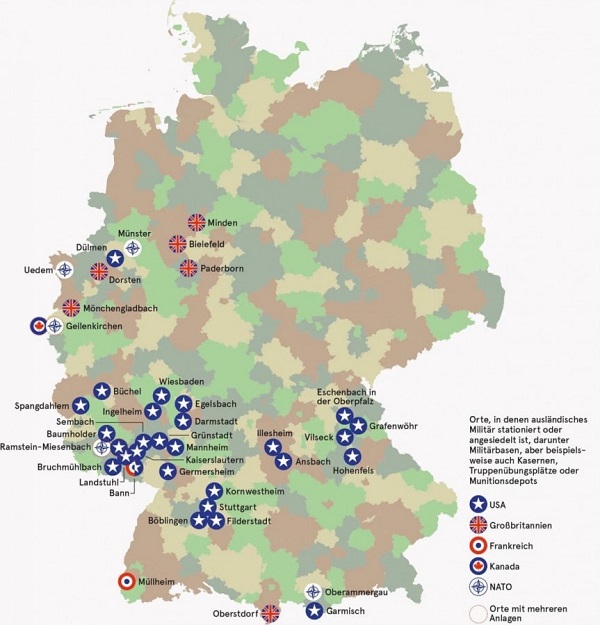