Statues of pharaoh goddess of love and Ramesses II discovered

(ANSAmed) - CAIRO, JULY 28 - ''Pink and black granite statues dating back to the era of Ramesses II'' together with Coptic-era blocks of limestone have been found near Mit Raineh, some 30 km south of Cairo, by archaeologists of the Superior Council of Egyptian antiquities, according to the Facebook page of the Egyptian ministry of tourism and antiquities.


Statues of ancient Egyptian goddesses and Pharaoh Ramses II have been uncovered in Egypt.

Italian news agency ANSA reports that the finds were made near Mit Raineh, about 18 miles south of Cairo.

Ramses II, also known as Ramses the Great, ruled Egypt from 1279 B.C. to 1213 B.C. He is credited with expanding Egypt's reach as far as modern Syria to the east and Sudan to the south.

They were just discovered ''in the last few days''.

I don't think there have been any pictures released yet. Any pictures I have seen on the web may just be stock.

The screen cap I posted below from the Fox News video may really be of a newly discovered statue.

If anyone knows of any more pics or videos, please link to them or post them if you can.

The best description I have found is ''Pink and black granite statues dating back to the era of Ramesses II''. 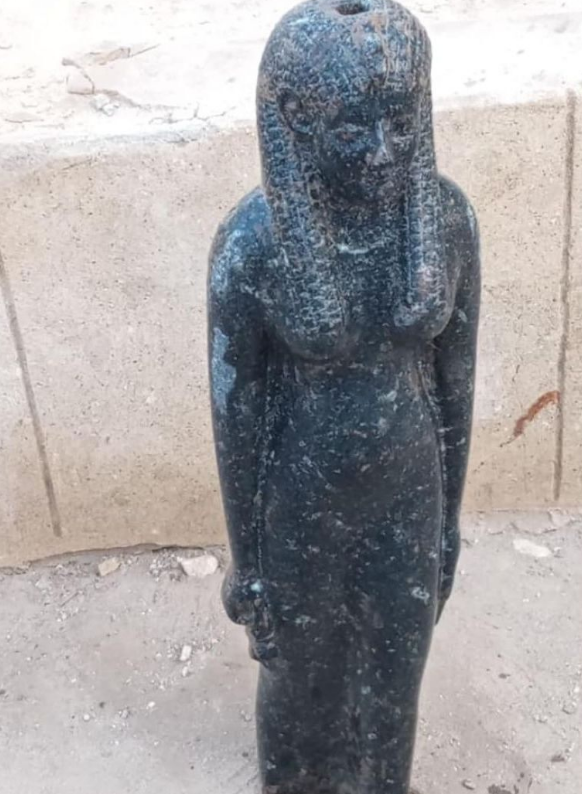 I did a quick reverse image search on TinEye and Google. No matches were found. 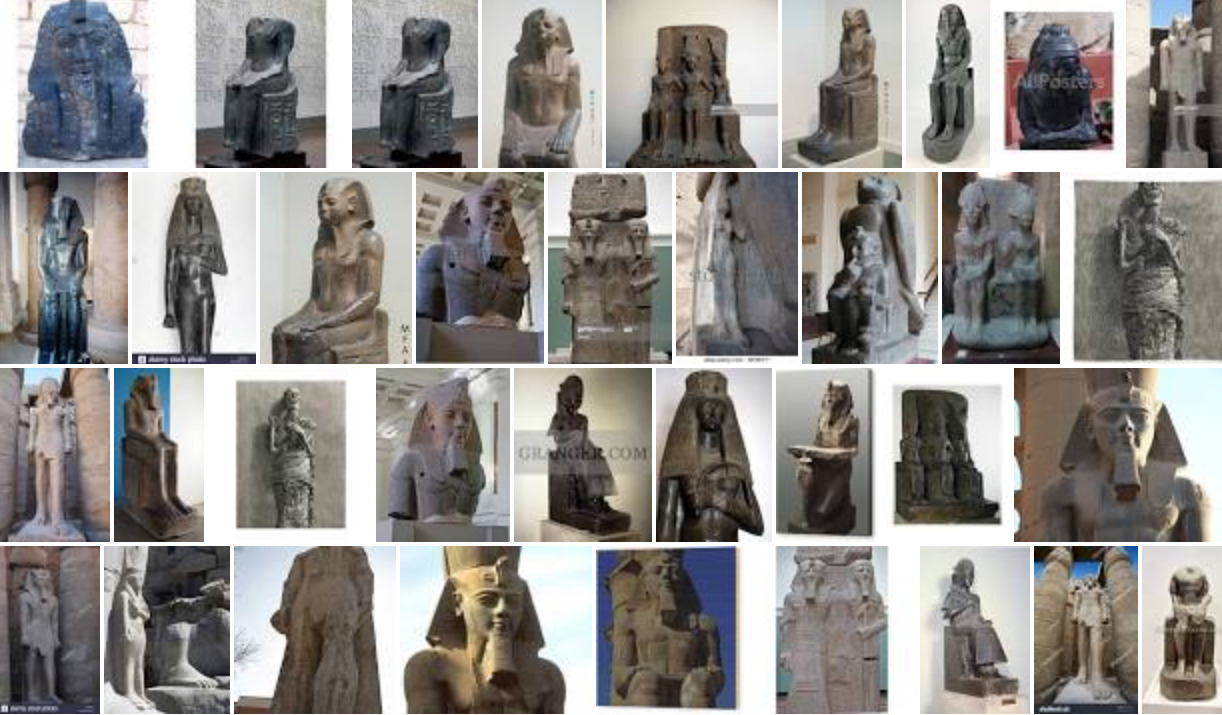 ETA - It looks like there may be hieroglyphics or something encoded into the hair. 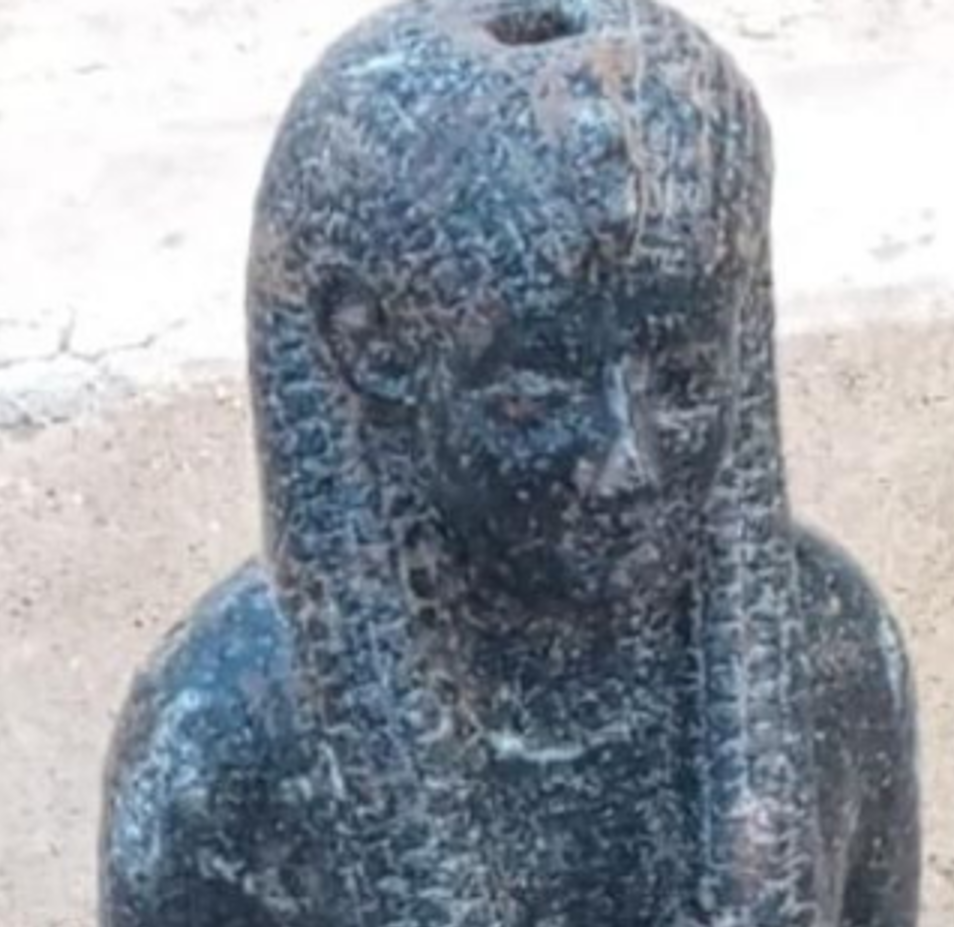 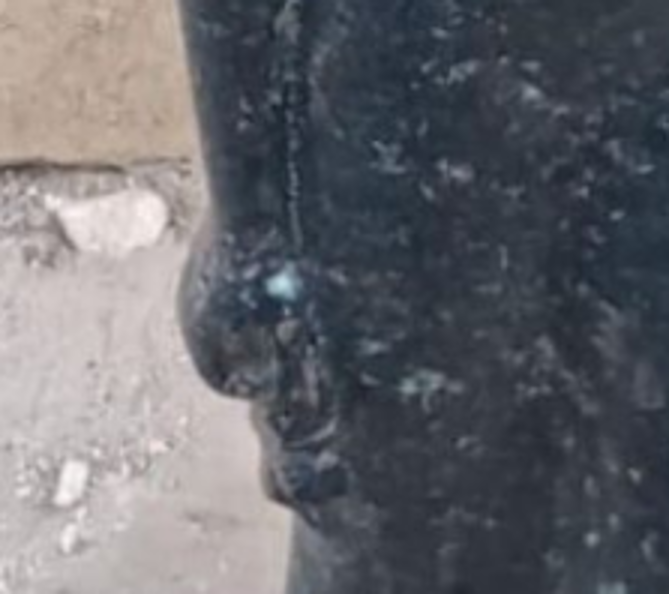 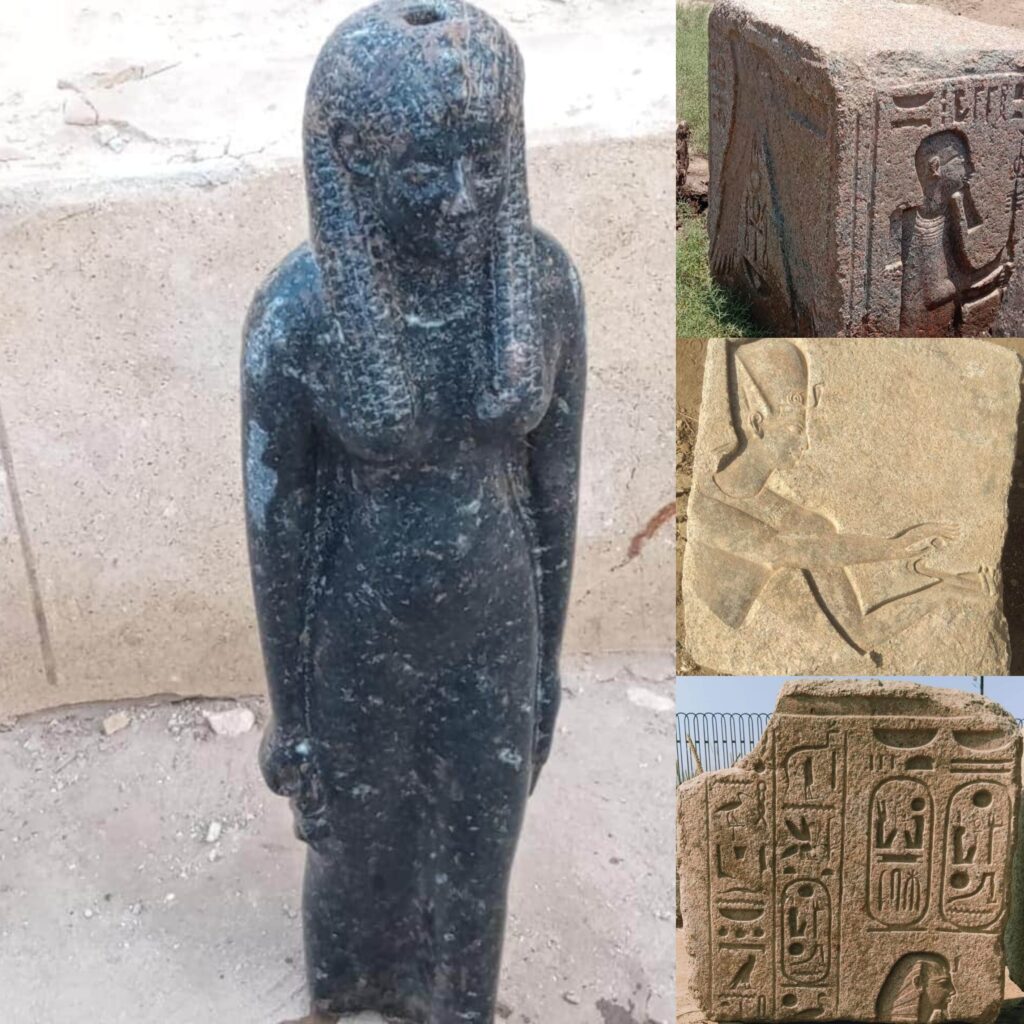 Egypt’s Ministry of Tourism and Antiquities announced, on Monday, the discovery of new archaeological finds dating from the reign of Ramses II and from Egypt’s Coptic era.

In a statement, the Supreme Council of Antiquities announced that a number of carved stone blocks and statues were discovered during excavations 2km southeast of Memphis, in the modern day area of Mit Rahina, in Giza.

Memphis was Ancient Egypt’s capital in the Old Kingdom, and remained an important city throughout Ancient Egyptian history.

And they're stacked, too.

Graven is bad.
Ask a Catholic.

Just wait for BLM to come around.

The more you know...

posted on Aug, 1 2020 @ 09:02 AM
link
that statue offends me. Slaves were used to bring to rocks to the artist. tear it down. At night. and use some stupid kids who know nothing of it's origins. Sorry I'm late, I just got WOKE AF!

originally posted by: network dude
that statue offends me. Slaves were used to bring to rocks to the artist. tear it down. At night. and use some stupid kids who know nothing of it's origins. Sorry I'm late, I just got WOKE AF!


Except slaves were not really used for such public projects, quarry men were paid in onions bread and beer, and strike when they damned well pleased , they weren't Romans.

The First Labor Strike in History


Btw why introduced such decisive comment here, isn't the board full to the brim with such??? C'mon Dude let's take a break from all that, appreciate this thread for what it is..😕
edit on 1-8-2020 by Spider879 because: Add content

If a statue of an abolitionist can be torn down to placate feelz, then I feelz like poor historical knowledge shouldn't hinder my wokeness. I don't think you understand just how woke i am right now.

Not sure if this is a reason but the cave drawings would show heighlightes the most important things about a person, spirit or animal. Maybe this has some effect on the statue?

This is awesome unbelievable stone work.

originally posted by: BelowLowAnnouncement
The statue has a hole in the top of the head, just like the Sphinx. Probably means nothing, but I don't know anything.

Cool article. I did not know about the beard wigs. I seriously thought they invented the metal goatee and were real!


As opposed to now, where the larger skull might not be easily noticed.
edit on 8/3/20 by Ophiuchus 13 because: (no reason given)