When the means to survival is literally shut down then what?

The only person you have true control over is yourself. If you want to “survive” a natural process that over 95 percent of the population was going to survive with no mitigation anyway. Then you lock yourself away to “survive”.
edit on 14-4-2020 by neutronflux because: Added and fixed

And wasn’t the estimate more like 98 percent of the population was going to survive with no Coronavirus mitigation?

When the means to survival is literally shut down then what?

The only person you have true control over is yourself. If you want to “survive” a natural process that over 95 percent of the population was going to survive with no mitigation anyway. Then you lock yourself away to “survive”.

The city folk can only survive in a city environment, they don't have the means to grow gardens, fish and hunt.

Can you clarify your point?

People have needs, and needs come before rights .

Is this the Chinese manifesto?
edit on 14-4-2020 by CriticalStinker because: (no reason given)

Your argument is ignorant.

One. Over crowed populations are why the virus is spreading.

Two. I live in the country. I still need a job to provide for my family, and pay taxes. Thank you government.

I don’t have access to land with a deer population to hunt despite living in the country. Lots of land bought up by rich farmers who are cutting down tree lines that harbor deer and squirrels to increase yield. And I don’t think there are enough squirrels in my small woods to feed my fat ass for six months. Let alone my family. While I compete with hawks that need the squirrels.

I can eat 5 pounds of potatoes about every three days. I don’t need a garden, I need a farm.

Good thing there are farms that supply us food. Huh.

And if people are starving because of drought. The animals you want us to hunt. Well, drought is killing them off too.

So being able to buy food from farmers while I do a job that keeps me from living ground to mouth while not competing with everyone else trying to do that also from strained and limited natural resources. and paying taxes that provide vital services is providing.

And I asked you a specific question.

Then you stay home!

So put simply your angry with capitalism, which is completely understandable, righteous even.

I'm not disagreeing with you other than I do not blame the city folk for being in their position, they have after all propelled the advancements we all enjoy each and every day.

Globalism has it's webs all over the place, once they start to fail it all falls apart and chaos ensues.
edit on 14-4-2020 by hopenotfeariswhatweneed because: (no reason given)


Your rights , given you by free society anyway , do end when certain shared needs of society, including yours , are more important.

Your rights are of less importance your needs , and the general needs , at the moment , are greater than your individual rights.


What free society ? This society dont look free to me at all....people are in house arrest without any good reason...biggest thug is the goverment if we look what`s now going on....and we have never been really be free, goverment force the brainwash to children when they enter this realm....you see that as free society ? Goverment controls the brainwash narrative trought MSM , goverment dictates what remedys are allowed to cure diseases..Goverment use mandatory vaccinations .

Not everyone can have groceries delivered. Not every payment method is accepted or available to pay for grocery delivery or pickup so this suggestion is not possible for everyone unfortunately.

Do understand this post was worded with deliberately evocative language . This is a fertile source of debate in these times. Where did we get to last time we had this out ?

We agreed that " arbitrary subjugation to any authority on medical matters " was bad
....mmmkay ?

Neither of us likes the notion of medico- fascists giving out orders , and when bad reasoning is used it's akin to a serious physical assault.

But in this case , when at least one of us happens to agree the reasoning behind these current orders , well have to agree to differ .

Put it like this . The soldier is head down in his foxhole under intense fire .
The last thing he should do is stick his head out and shout " but muh rights !"
On the contrary he NEEDS to keep his head down .
He's not going to ignore his SO when that's what's been told him , both to save his life and those of his platoon .
But it's still arbitrary subjugation to authority on medical grounds. He needs , to save the medic a job , who in turn needs to stay where he is as well , in relative safety . His rights ( not to be shot or otherwise) in this case haven't any bearing in the matter , whatsoever.
It's put you it's the same in our case , at the moment.
Needs , come first . All that's being asked is to stay at home , unless it's absolutely necessary to go out.
If you're saying but muh rights at this , it's being outlined that actually , you're asking for condemnation , just as the soldier would be condemned both by the bullet and byhis stupidity in risking the lives of others because they need him alive and kicking too.
.

Counter questions. Did we need to shut down in states with little to no cases?

Did we need to implement blanket measures for places that might have a city outbreak with vast parts of uneffected areas?

What happens when we're bled dry and the problem still exists without capital to address it?

Does someone wanting to stay home outweigh someone needing to provide for themselves and their family?

Is it more important that we proclaim these measures will save us than the very possible reality we've just desimated large swaths of people's very futures?

Keep it up. This precedent will be noted in the future. The feds just printed trillions and said no biggie. So you're going to have politicians come along and redefine what "needs" are that outweigh our rights.

You are rationalizing -- and promoting, at the barrel of a government gun -- putting one person's needs over another's. These shutdowns are putting everyone in harm's way for the arbitrary and subjective "needs" of some.

That is selfishness and entitlement of the highest order. It borders on narcissism and sociopathy.

And I will take this a step further. I want to contract this virus (if I haven't already). I have that absolute and inalienable natural right to make the best and the most of my God given biological immune system. I don't want Big Pharma's vaccine. I want natural immunity -- the BEST immunity. I want to take my chances.

If that's a problem for you, then you need to take the necessary and appropriate actions for yourself. But leave me out of it.

Your argument is stupid in the context that 98 percent of us was going to “survive” an act of god with no mitigation.

Your intentionally ignoring the harm the mandatory lockdowns are having to economic and mental health.


Researchers warn the COVID-19 lockdown will take its own toll on health
www.reuters.com...


Now, three weeks after the United States and other countries took sweeping suppression steps that could last months or more, some public health specialists are exploring a different consequence of the mass shutdown: the thousands of deaths likely to arise unrelated to the disease

150,000 Brits will die an 'avoidable death' during coronavirus pandemic through depression, domestic violence and suicides

If your this fearful of a natural process related to over population, you go lock yourself in your basement. Let other people live. 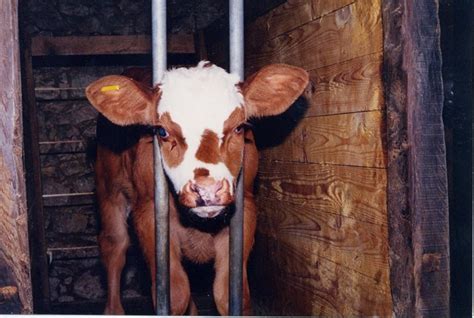 Secondly to central banks / the fed it is not such a massive deal. They can literally invent money either to loan to business or for quantitive easing .
That's how we roll anyway , the Chinese be damned.

Now , if they start asking for that money back , that was created for this contingency , as in , if they want to add it to an already massive deficit after this ,

That's when you want to besaying , no , f off , we have a right to be bailed out in crisis.
There's rights and then there's rights. Stay at home , but watch for that huge financial cartwheel that might get drawn over everyone , and amp & , without any need .

That's when you want to besaying , no , f off , we have a right to be bailed out in crisis.
There's rights and then there's rights.

So you trust this will blow over and we can go back to talking about our rights and expecting the government to respect those?

Believe me you do not want to contract SARS .
If you can find it drink raw milk and eat unpasteurised honey , that's good for immunity , not catching something that'll give you secondary complications too .

If it wasnt for q e and the ultimate creative powers of the banking system , life would be a lot different , much harder . You're lucky they like things reasonably stable.

Keep a cool head, stay home for now , because that's what people need to do.

originally posted by: DoctorBluechip
a reply to: Boadicea
You're getting it all but upside down .
This has challenged your whole way of thinking.

No. I am facing reality. And my own mortality. The moment we were born, our death became a certainty. We don't know when, but we know it will happen. And probably not from this virus.

Believe me you do not want to contract SARS .

Yes, I do. As in most things, I prefer to live in harmony with nature, and let nature take its course. I would rather just deal with it and move on, rather than allowing fear to dictate the rest of my life. That's not living. Believe me. Been there and done that.

The vast majority of people who contract this virus will be just fine. It is only a small minority that will suffer severe complications, predominantly (but not exclusively) those who are overweight and/or with heart issues. I am not overweight and I do not have heart issues. My chances are looking pretty good.