The real coronation in London - shock and horror


Tell it to the ever-asthmatic Norwegian champion biathletes

I would rather tell it to Russia who has been found " Guilty " Painful for you i know.

originally posted by: RussianTroll
a reply to: gortex

With all due respect, these are common words. you did not bring the facts, alas

And what facts would you accept , fact facts or facts supported by your State ?
As a "RussianTroll" I suspect only the latter , spare me the tedium of pointlessly trying to alter your view.

originally posted by: TGunner
A little old lady of 89 outstretched on a medical bed in a facility fighting the chinese wuhan virus, silently screaming for her rights, her life, her husband, her kids. No one wants to listen, she's just the cause. Her and her ilk. They call them Boomers, but we call them baby boomers. 'They' are what we refer to as Millenials. You know the type. Long dark hair, tanned skin, dark eyes. Yes AOC and her gang of merry ho's. 'sorry forget the politically correct term for it'.


Yes, in Russia there are also such people - creative bloggers, barbershop stylists, instagrammers, just loafers. They are few, but they are noisy, stupid and annoying (((

No need to ask, you just need to cite the facts, not "highly likely"

And in Russia you were found guilty. Moreover, based on facts, not fantasies


We don’t need to envy and look for the reasons for our incompetence in us. People are dying, your people. And now your government is to blame for this, not the mythical "Russians"
edit on 14-4-2020 by RussianTroll because: Add

You realise you're breaking bad....with that nick right?

And in Russia you were found guilty. Moreover, based on facts, not fantasies

I haven't got a clue on what you are talking about. Care to explain ?

You realise you're breaking bad....with that nick right?

Sure. In Russia, it is 100% proven that the Novichok was created in Porton Down, and many Western athletes are doping, using the "medical exceptions"


Sure. In Russia, it is 100% proven that the Novichok was created in Porton Down,

Care to provide proof of that claim ?


many Western athletes are doping, using the "medical exceptions"

They probably are. However the difference is their " Doping " is not arranged by The State.

I translated your message. quote' I am Russian, I comply only when required. Now leave me alone I'm translating some french bastard talking about how to inflict pain using his wife's tights.' end quote.

A true Novichok is almost instant death. Novichok from Porton Down was very easily cured by British doctors. This is possible only in two cases:

1. British Novichok - Not Real
2. The British knew what to treat and how to treat, had all the necessary medical protocols

There is one more option:
3. There was no poisoning, and this is a big hoax to blame Russia for something else.

The Russian state accused the person who studied and worked in the West of immediately covering up doping, who immediately fled to the United States and began to give mythological and conspiracy interviews in the media, even wearing a mask. Although, who needs it in Russia? Do you really think that Putin does not sleep at night and spends a lot of money to kill some clown? This is ridiculous.

By the way, his documents and signatures were recently officially recognized as fake. In the West.

I translated your message. quote' I am Russian, I comply only when required. Now leave me alone I'm translating some french bastard talking about how to inflict pain using his wife's tights.' end quote.


I do not know what you read and translate. I didn’t write anything like that.

If you received a similar message in your personal profile, it means that I have a clone that allegedly sends provocations on my behalf.
See the profile of this clone
edit on 14-4-2020 by RussianTroll because: Add

originally posted by: Kenzo
a reply to: RussianTroll

Relax, just playing with ya.

Relax, just playing with ya.

You got a bottle of vodka from me 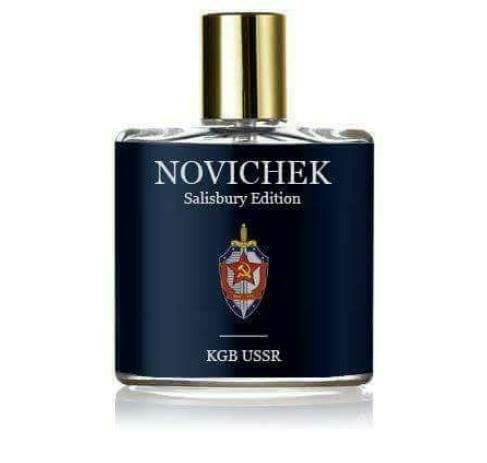 
There was no poisoning, and this is a big hoax to blame Russia for something else.

Here are the culprits.


This is the astonishing moment the two Russian novichok assassins casually window-shopped in Salisbury just minutes after they tried to murder former double agent Sergei Skripal and his daughter.

The first footage seen of the killers, obtained exclusively by MailOnline, shows the two men looking relaxed and good-humoured as they sauntered down the street towards Salisbury station to make their getaway.

Dressed in winter clothing, Alexander Petrov and Ruslan Boshirov are seen walking past the Dauwalders collectables and rare stamp shop before becoming distracted by the window display.