posted on Dec, 9 2019 @ 11:44 PM
link
A Chilean Air Force C-130 with 38 people on board has gone missing enroute to Antarctica. The flight departed at 1655 local, heading to the Chilean base on King George Island. All contact was lost shortly after 1800 local. According to military sources the pilot has extensive experience.

Wow , God be with them and save them. One could only imagine the kind of water there.

There was a DHC-6 going the other direction in the same area as the C-130. It's remotely possible there was an incident between the two. But the chances of survivors is pretty low if if was at altitude and disappeared.

I'm reading in emol.com that they had 2 rafts in case they had to ditch. 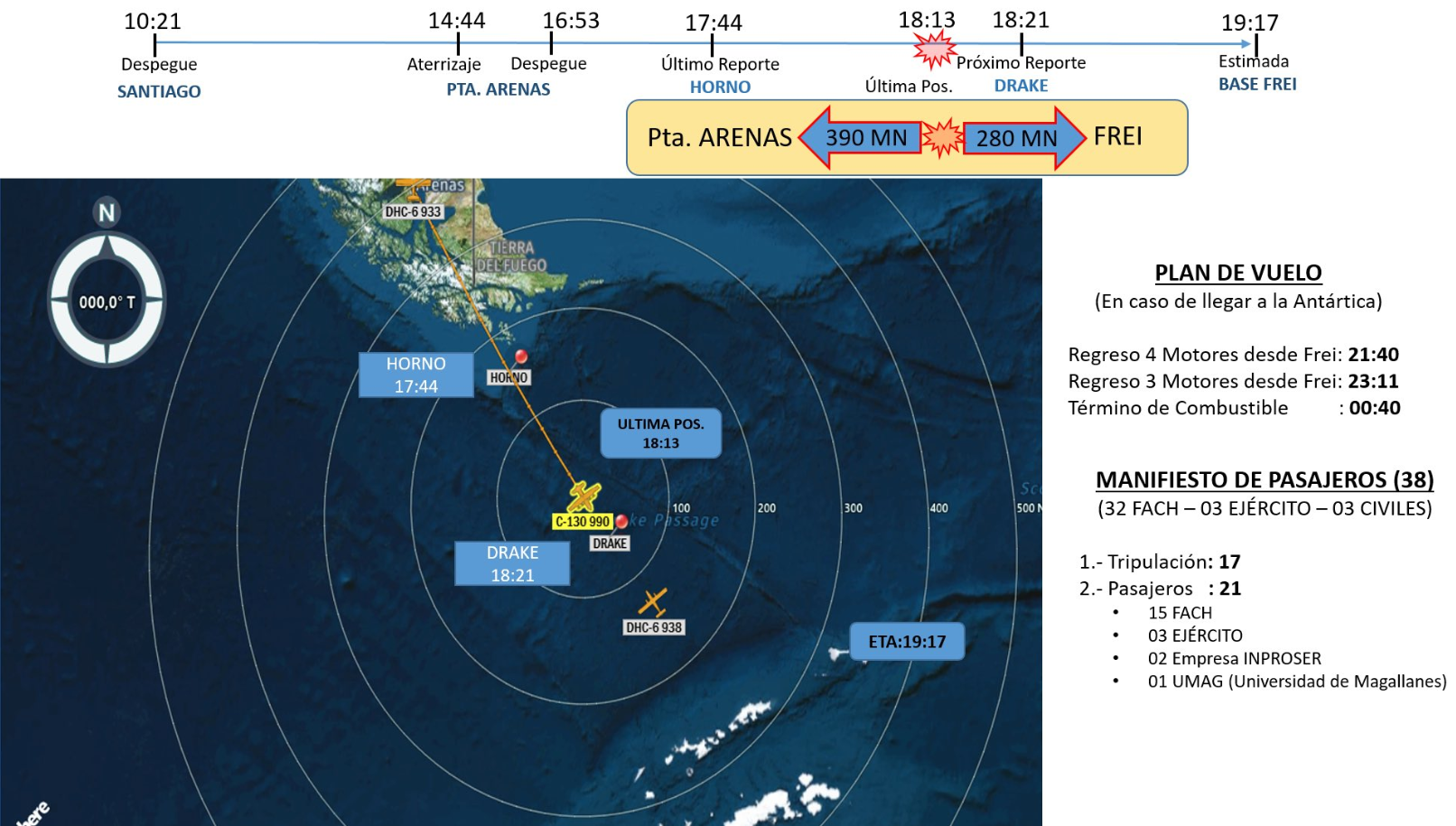 In that water it would be a miracle to survive even if there was a rescue ship within 1 nm of the ditch location.

posted on Dec, 10 2019 @ 07:23 AM
link
Sadly the C-130 is beginning to show its age.
Military dictatorship in Chile ended in 1990 so perhaps they are cutting back on maintenance funding.
Its an historic cycle and you have probably heard the idiom about what happens when the crows are allowed to peck the eagles.

This article claims the US Navy demodifies these planes removing proprietary compartmental assets prior to sale.

They pull anything sensitive or not required by the purchasing country, and if necessary, replace it with instrumentation supplied by them.

News on this rescue effort is certainly not forthcoming. The main stream is 10-16 hours ago last update.
Best place to get more info down there?

Possibly c-130.net or one of the aviation message boards.

posted on Dec, 11 2019 @ 05:15 PM
link
Floating debris believed to be from the aircraft has been found. Included among the passengers were a Lt. Col, a Col., and a Maj. General.

The debris was found 18 miles south of where the aircraft disappeared. The search area covers 250 x 280 miles. Visibility is reported to have improved. Ships from Chile, Brazil, and Argentina are using sonar to search the ocean floor for irregularities.
edit on 12/11/2019 by Zaphod58 because: (no reason given)

posted on Dec, 12 2019 @ 02:18 PM
link
The US Navy redeployed a P-8A from El Salvador to Chile to assist in the search. They are expected to begin flights today.

Sadly, human remains and other parts of the aircraft have been located.
The Chilean Air Force said that the aircraft likely succumbed to extreme weather that is known for that area
in the Drake sea.

There was no alert or emergency signaled by the aircraft, so what ever happened was very sudden. That is a mystery that should most likely be resolved by the flight data recorders and cockpit recorder. God speed to all that died.
edit on 12-12-2019 by charlyv because: spelling , where caught


Addend: Zaph, Sudden structural failure a possibility? I know they are getting old, but absolutely no alert or mayday sure indicates something like that.
edit on 12-12-2019 by charlyv because: content