-Dashen Does Dallas- with pics

......So while i was there i did some conspiracy themed sightseeing.
enjoy, or dont, i dont care.

So i was driving up the tollway and saw this bugger out of the corner of my eye and was like, whaaatt??

i did a good deal of sightseeing until a few armed guards informed me the place was not open to the public.
they then photographed me leaving
it was pretty shwanky.
they had partially buried cannons as bollards along the driving path.
a huge stone copy of the declaration of the independence 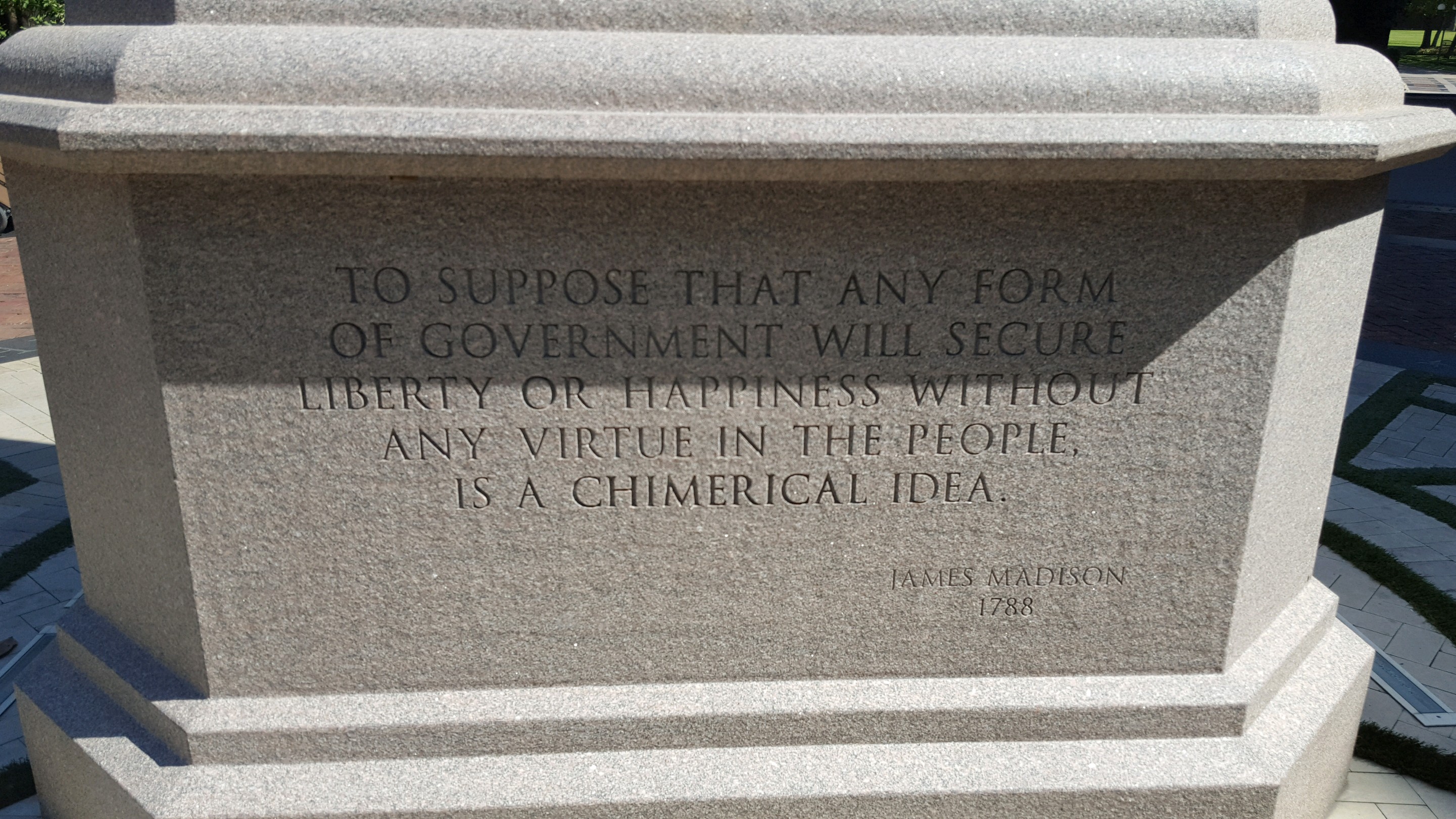 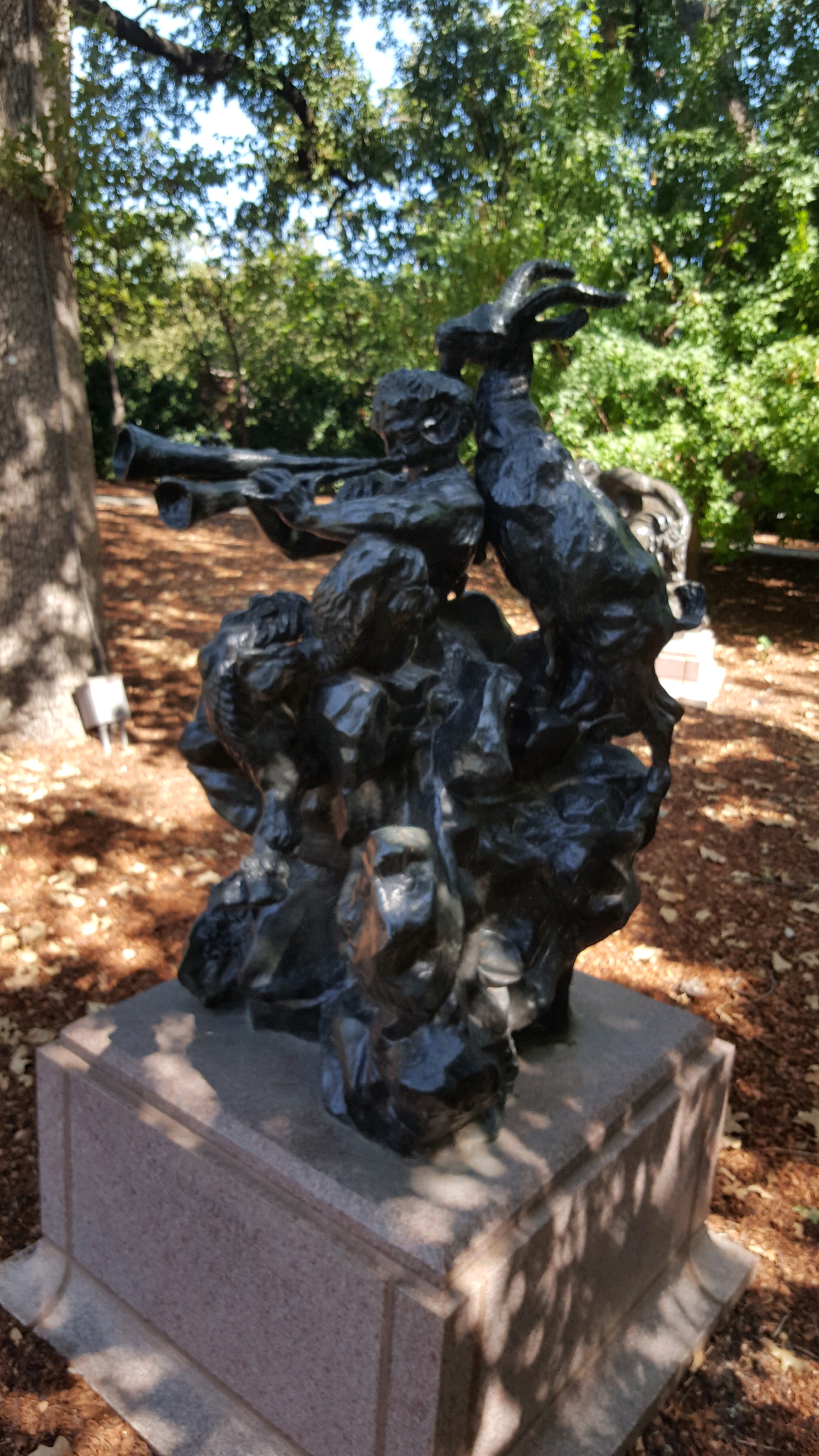 The Old Parkland was originally built as a hospital and is filled with odd art, engraved quotations, and decor.

it is currently a very elite corporate campus. 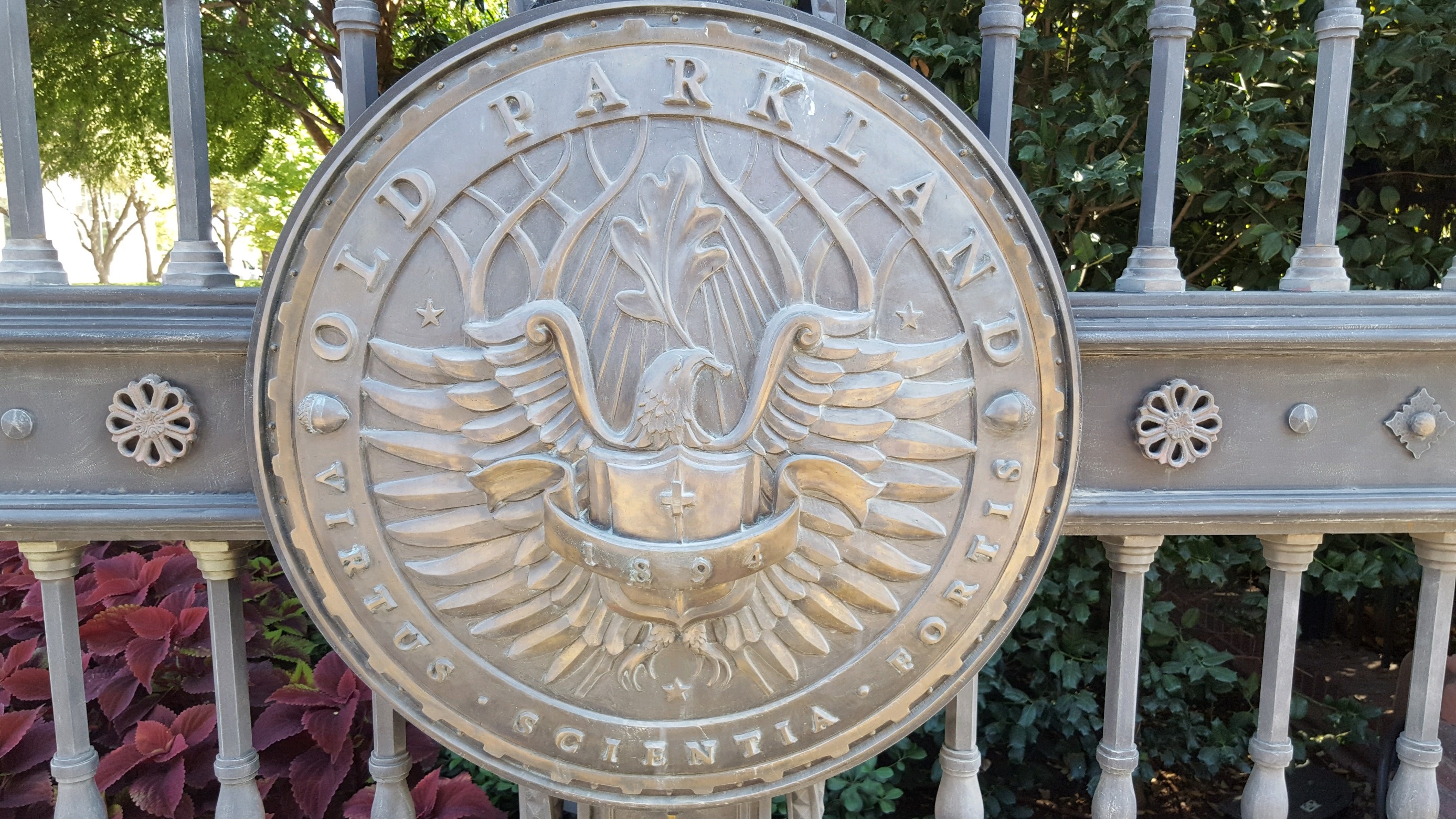 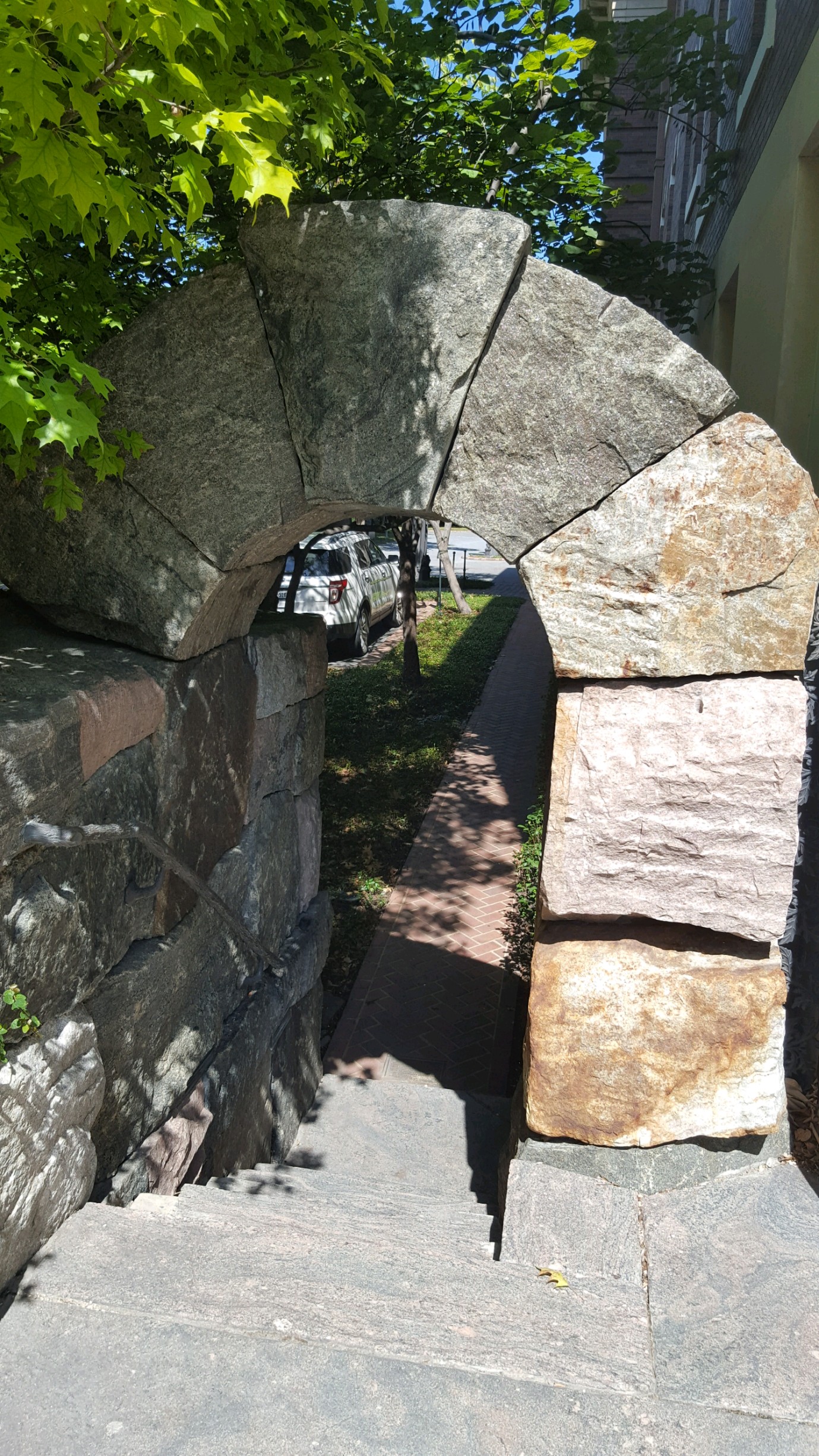 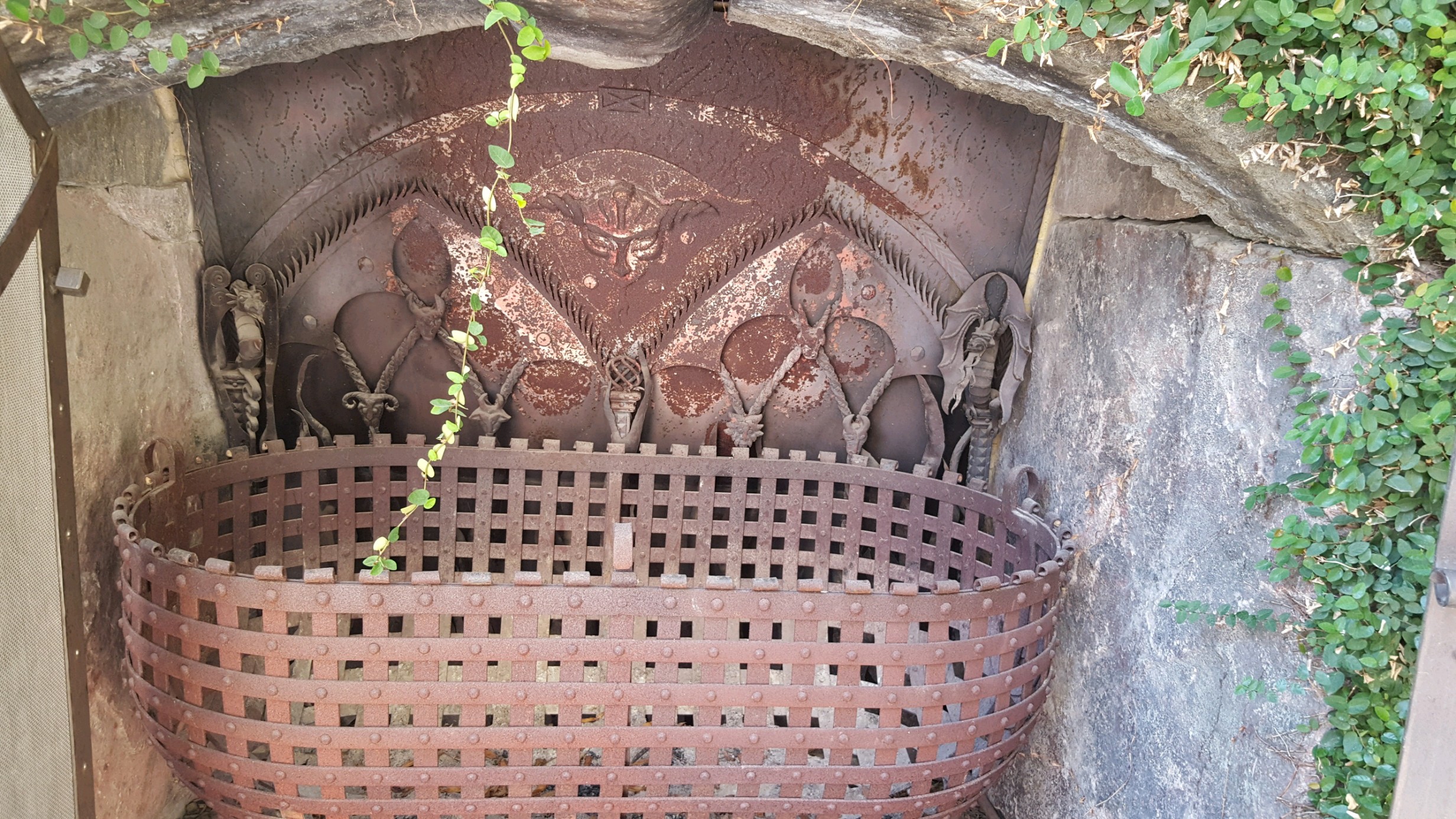 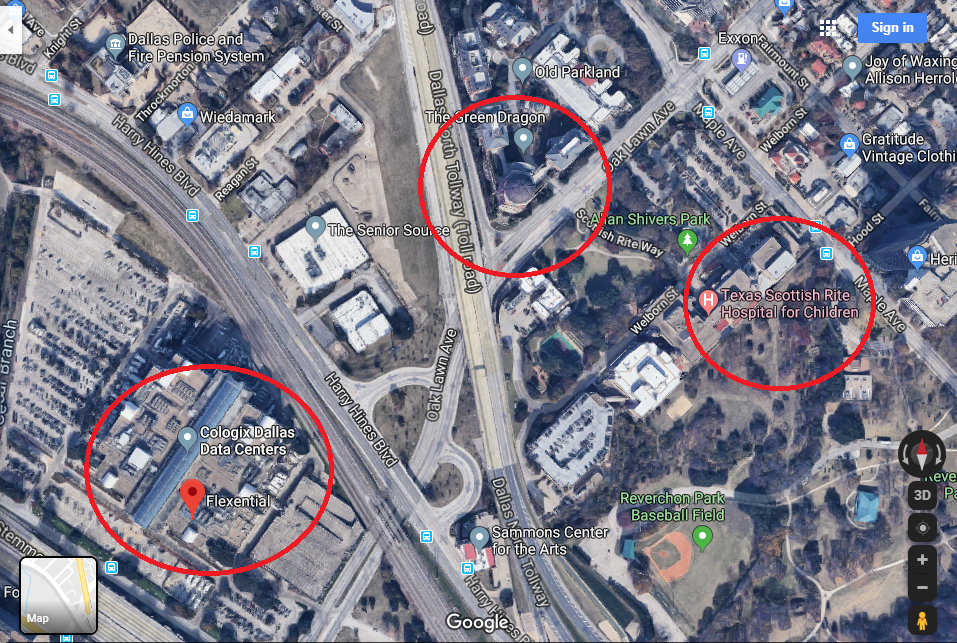 Across The Street is the Dallas Scottish Rite Childrens Hospital

The hospital was established in 1921 when a group of Texas Masons approached Dallas’ first orthopedic surgeon W.B. Carrell, M.D., about providing care to children with polio. With the introduction of the Salk and Sabin vaccines in the mid-1950s, which virtually eradicated polio in the Western Hemisphere, Texas Scottish Rite Hospital for Children broadened its focus to other orthopedic conditions. 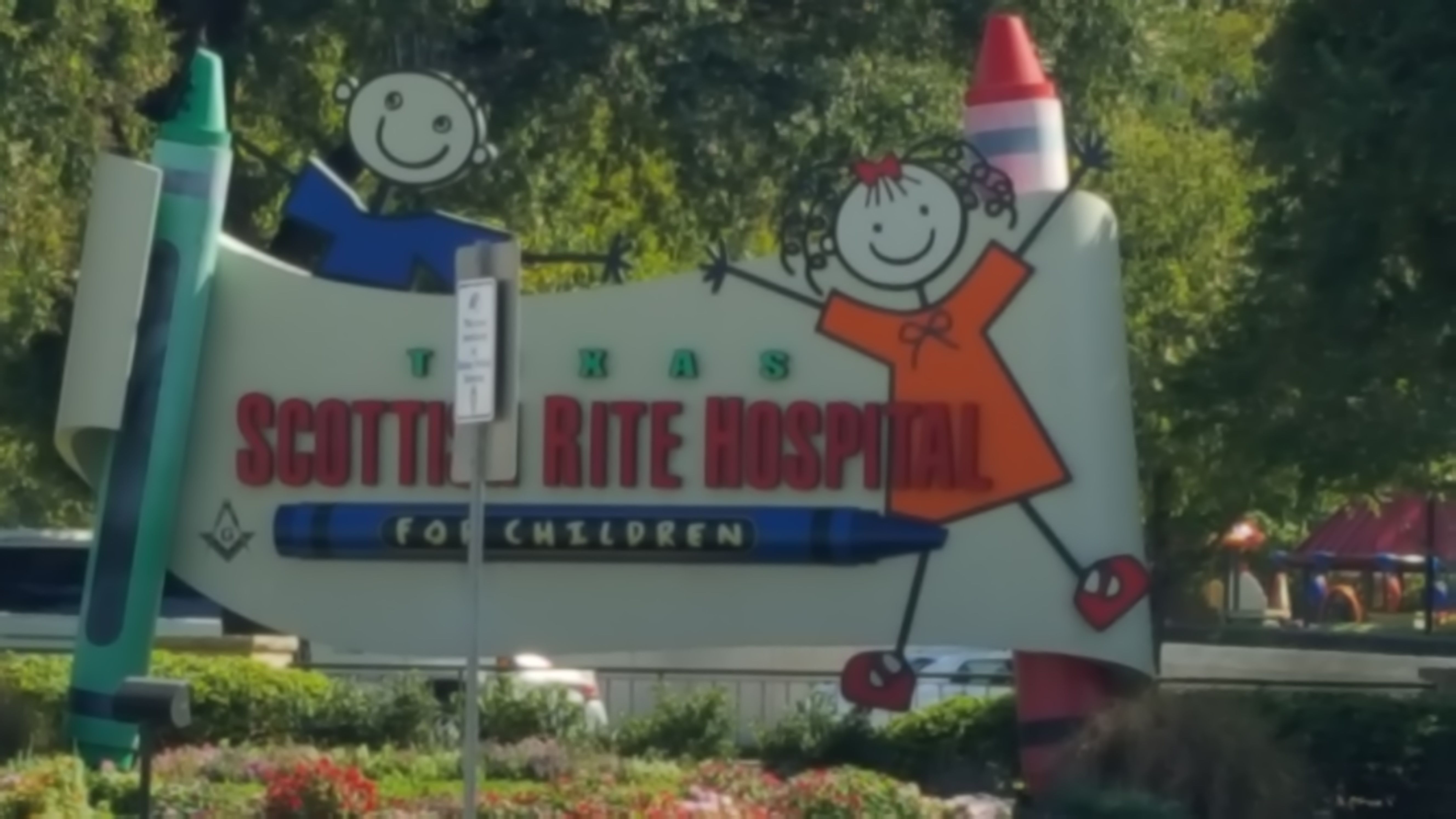 
Across the Tollway is INFOMART 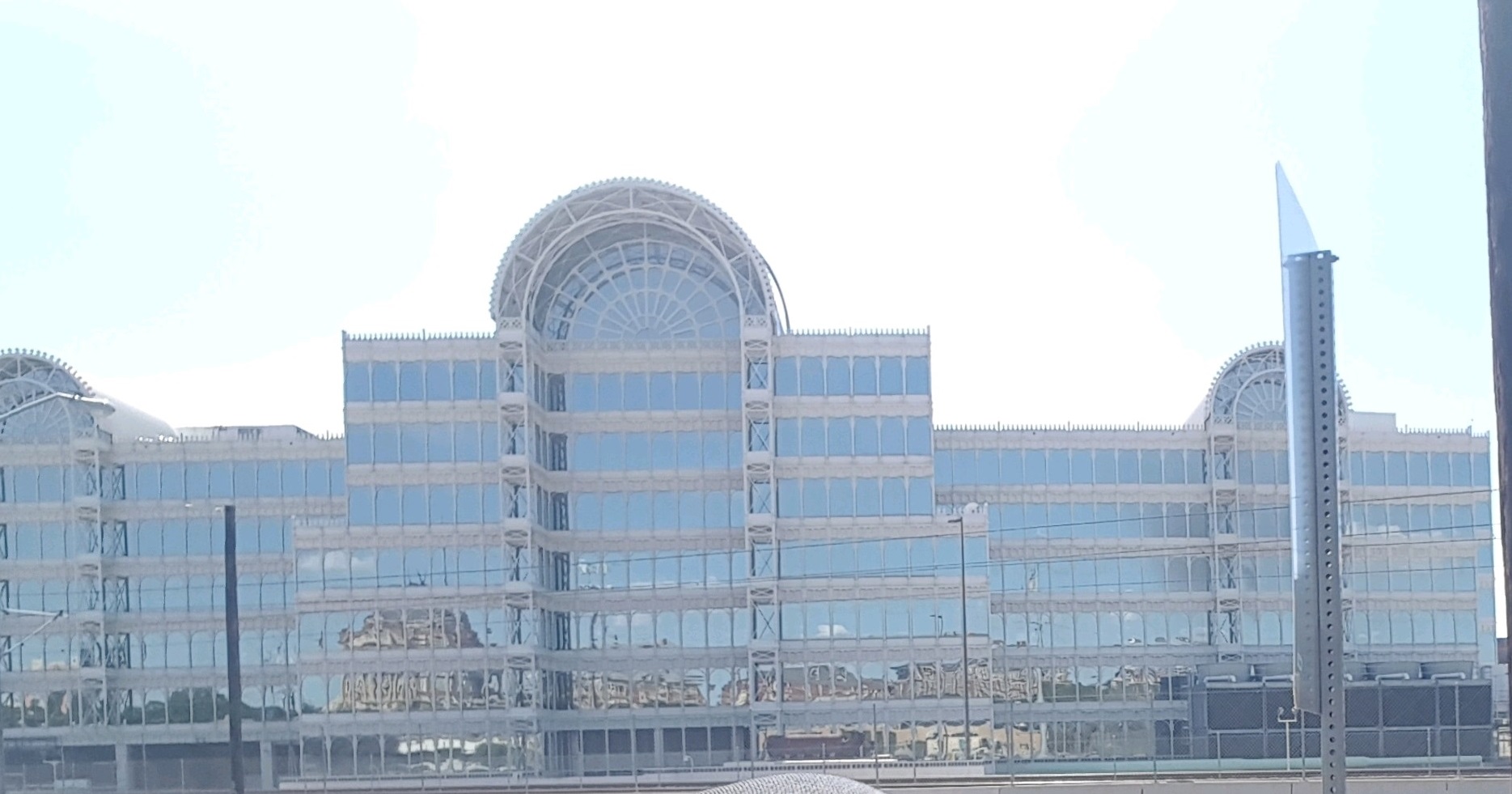 It is huge and glass and looks shady as hell.

thats all i will say about it 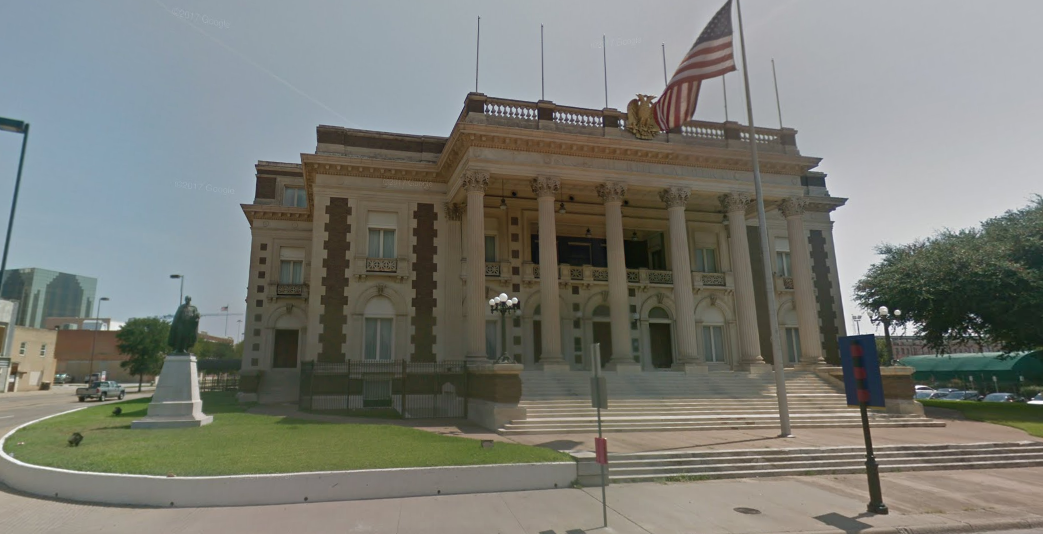 At a meeting in March, 1903, a group of members of the Lodge of Perfection and the Chapter of Rose Croix met in their hall on Commerce Street and organized "The Dallas Scottish Rite Cathedral Association. "
On the last day of the seventh Reunion, Thursday, April 21, 1907, the cornerstone was laid by the Most Worshipful Grand Master of Masons in Texas, J. P. Bell, assisted by other Grand Lodge officers. Numerous mementos were placed in the box, fitted into the "Northeast Corner."

This beautiful edifice, like the Temple of old, was seven years in building. "Begun in peace and completed in harmony," it was dedicated April, 1913

it is a sight to behold.

Dallas has the one of the biggest concentrations of defense contractors apparently.... 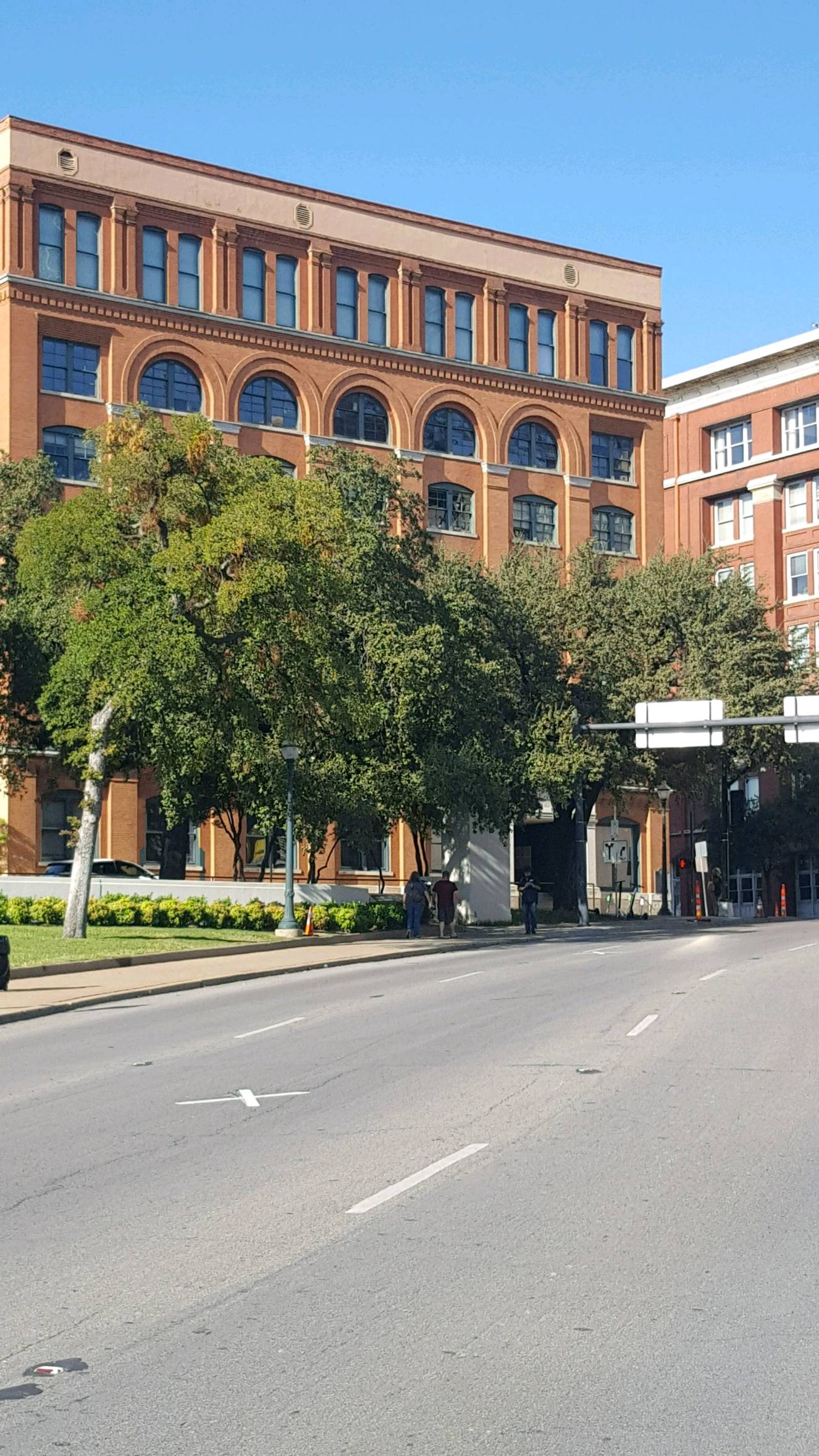 the white X in the foreground is where the shot hit JFK, in the back is the old texas book depository.


it was a much closer shot than i had imagined.


The Dallas Public Library which is across from the City Hall is home to one of the few broadside copies of the Declaration of Independence.
It is an unremarkable building so i didnt take pics, also......
There are about 20 homeless vagrants patrolling and living in front of it.

the joule hotel EyE CaN SeE yOu

Besides the seemingly hundreds of cow and bull sculptures spread out all over Downtown theres the... 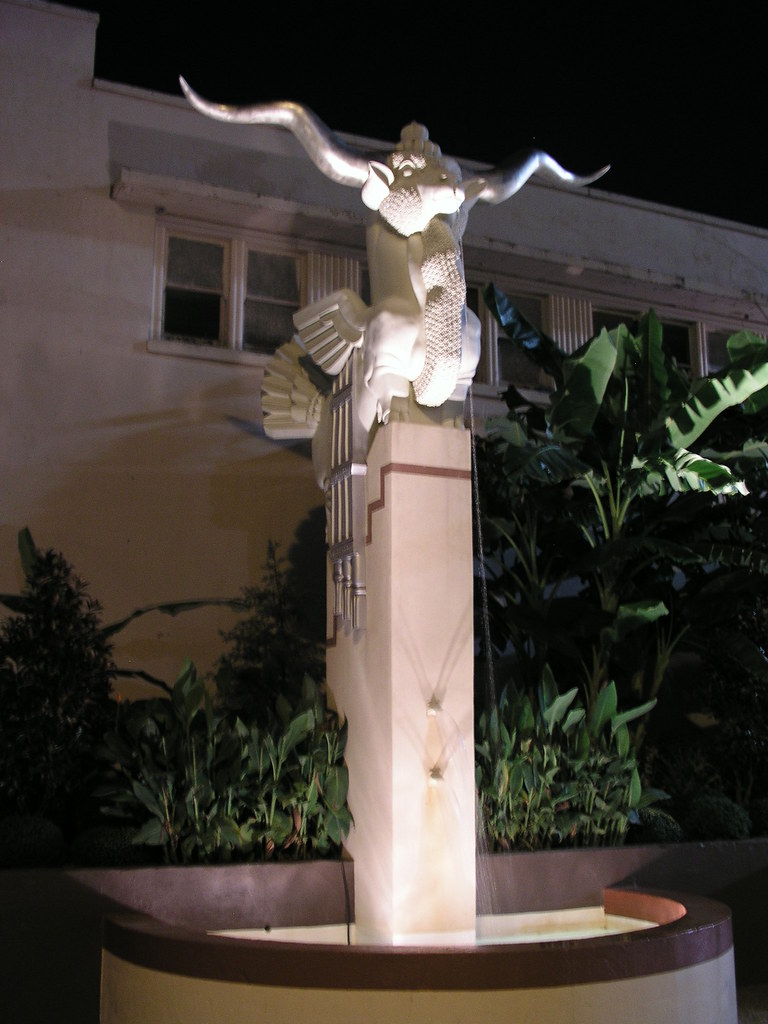 The Texas Woofus is a mythological chimera made up of the main staples of Texas livestock. Originally created in 1936 for the Texas Centennial Exposition in Dallas, the Woofus features the mane and neck of a horse, a turkey tail, pig body, duck wings, a sheep’s head, and of course, a pair of Texas longhorns.

A decorated strip of blanket hangs over each side of the Texas Woofus, which can be seen spouting water from its nozzle on the side of the Swine Building in Dallas’ Fair Park today.

This Woofus is a re-creation, however. When the original statue, created by sculptor Lawrence Tenney Stevens, was damaged in 1941, it was taken away and mysteriously disappeared. Some suspect a local Christian group thought it was too pagan and destroyed it.

In 1998 a replacement Woofus was made by David Newton at the behest of the Friends of Fair Park. The fate of the original remains a mystery.

I went further north to Plano and noticed this bad boy in a mall parking lot. 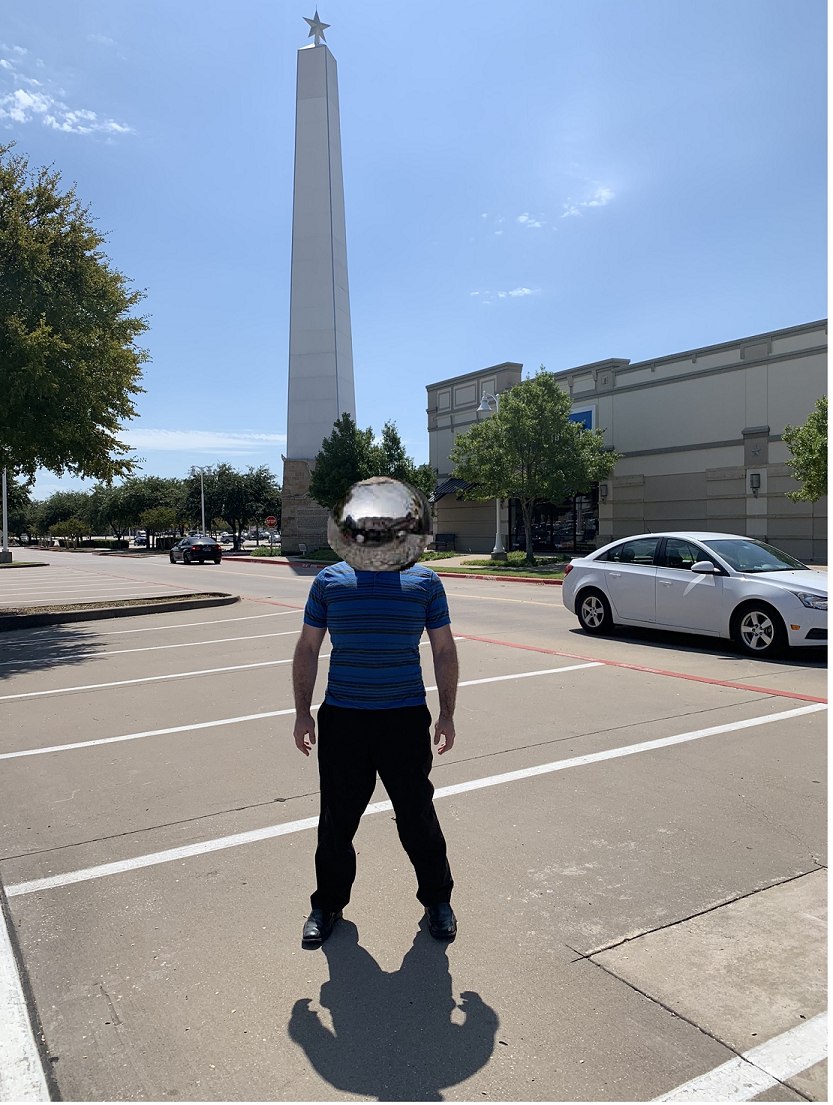 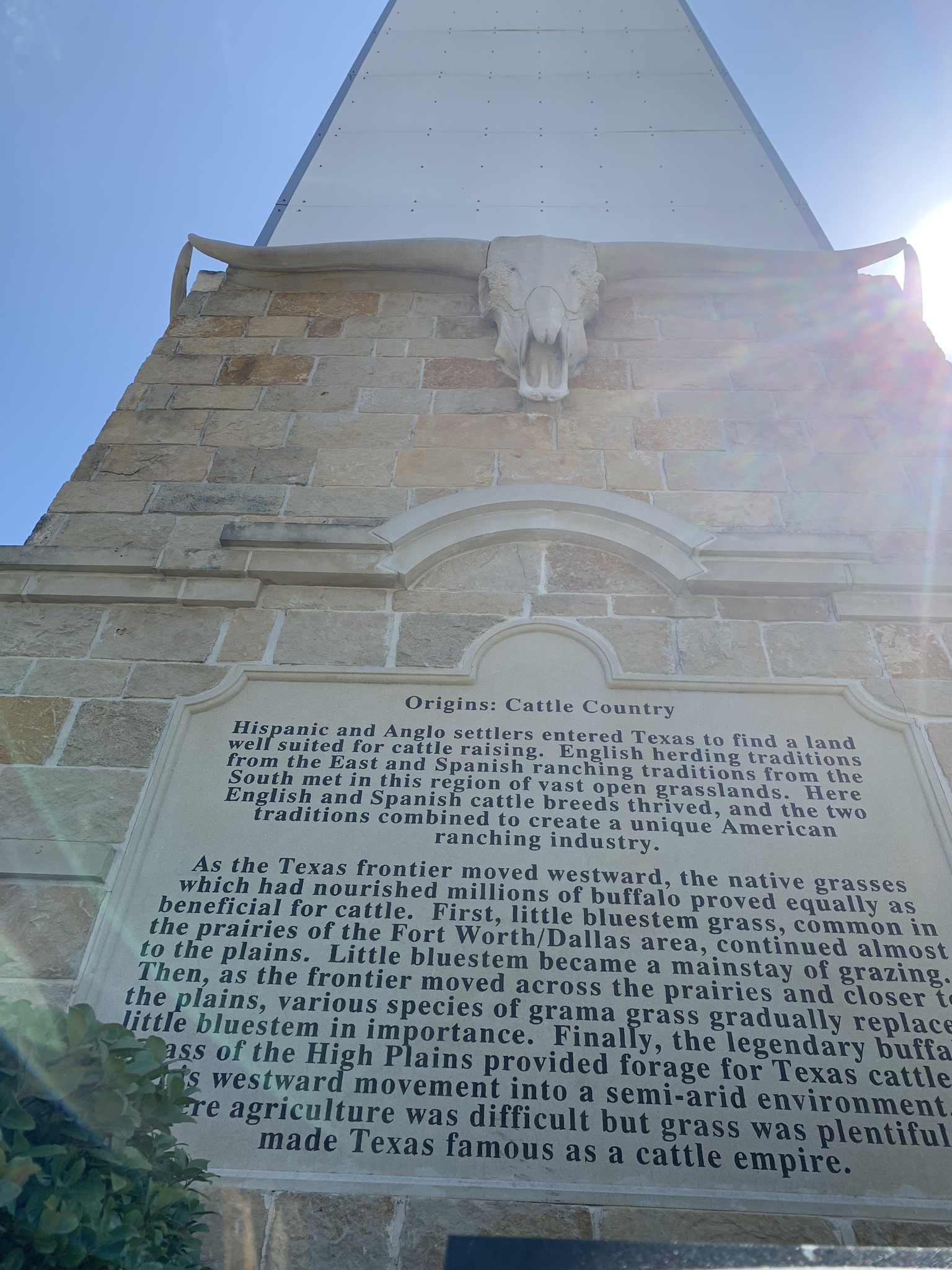 There was three of these tacky obelisks in the lot. one was topped by a star. 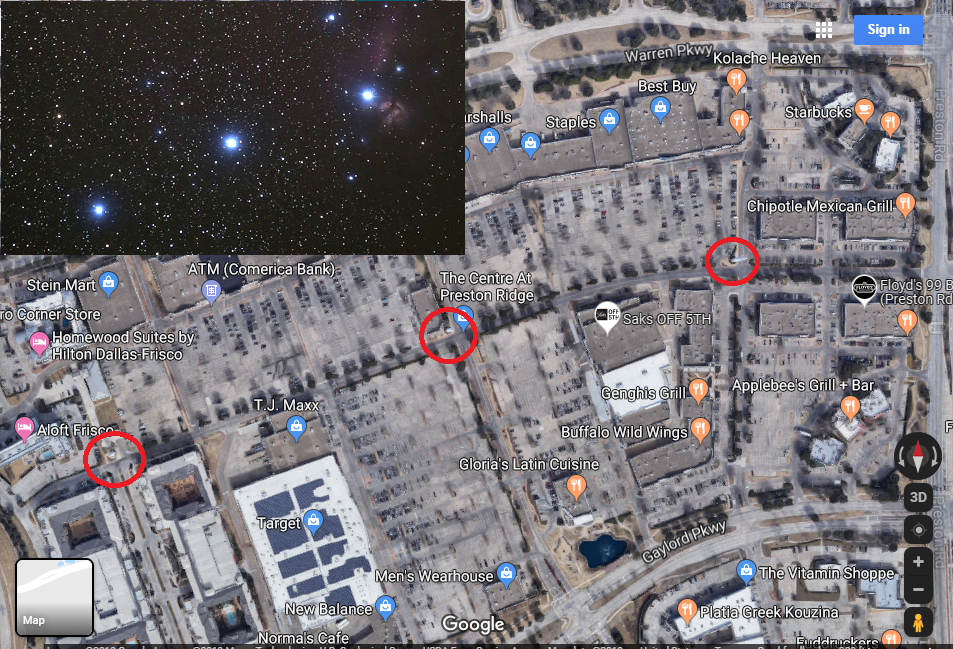 Nice shot's!. I am glad I didn't see what I thought I'd see when I clicked this thread.

originally posted by: Sabrechucker
a reply to: dashen

Nice shot's!. I am glad disappointed I didn't see what I thought I'd see when I clicked this thread.

posted on Oct, 29 2019 @ 09:04 PM
link
a reply to: dashen
To Suppose That Any Form
Of Government Will Secure
Liberty Or Happiness Without
Any Virtue In The People
Is A Chimerical Idea

I know that's you in the space helmet!


Thanks for the tour! Great pictures.

I've never been to Daley Plaza. My Brother's been and did say "the SBD is much closer than you'd think" Your PIC proves him right.

I noticed something in the Joule Eye...

The clickbait title brought me here. Surprised you didn't stop by the Bush neighborhood.

Nice pics. I lived in Plano back in the mid 80s.

posted on Oct, 29 2019 @ 11:12 PM
link
“To Suppose That Any Form
Of Government Will Secure
Liberty Or Happiness Without
Any Virtue In The People
Is A Chimerical Idea”

Chimerical? Had to look that up

Maybe you should do a photo display of all the crazy Christian stuff, that would be as equally interesting if what I hear about southern US is true

originally posted by: dashen
i dont trust kids with freemasons. (im lookin at you augustus)

It's a spook stronghold my friend