posted on Aug, 27 2019 @ 02:40 PM
link
I understand the other thread got closed after the explanation of the original poster creating multiple accounts and posts, and so on... but an incredible link got revealed in all this, one I've never been to before: internet-map.net...

This thing is incredible and the original article does bring up an interesting connection.

The map of the Internet

Like any other map, The Internet map is a scheme displaying objects’ relative position; but unlike real maps (e.g. the map of the Earth) or virtual maps (e.g. the map of Mordor), the objects shown on it are not aligned on a surface. Mathematically speaking, The Internet map is a bi-dimensional presentation of links between websites on the Internet. Every site is a circle on the map, and its size is determined by website traffic, the larger the amount of traffic, the bigger the circle. Users’ switching between websites forms links, and the stronger the link, the closer the websites tend to arrange themselves to each other. 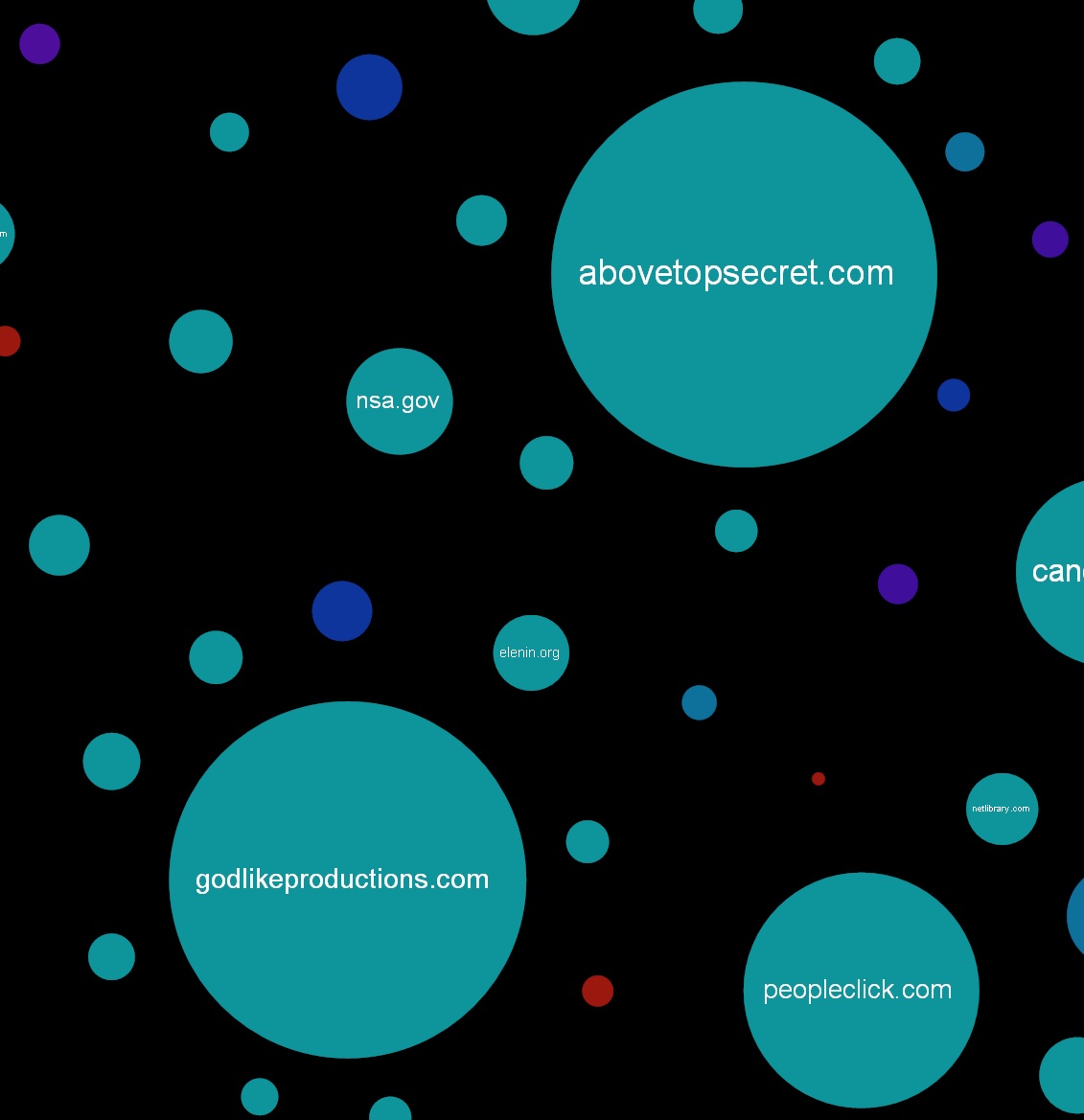 Awesome map.
There is also this, also shut down, but here it is to read:
www.abovetopsecret.com...


Eh. We keep a pretty close eye on you guys, but mostly for tech leaks. Actually, a lot of the surveillance has been picked up by some subdivisions of DHS, so it's not as intensive as it used to be. Also, we don't use "nsa.gov" for digging around the Internet so much anymore. We operate from shadow sites a lot.

We dealt with people slandering ATS because of this arbitrary "map" 7 years ago.