page: 1
25
<<   2 >>
log in
join
share:
shawmanfromny
+3 more
posted on Aug, 17 2019 @ 12:08 PM
link
I found this story, that was posted today on NWO Report, very interesting, especially after the discovery of a painting showing Bill Clinton wearing a blue dress, that was found in Jeffrey Epstein's Manhattan townhouse. 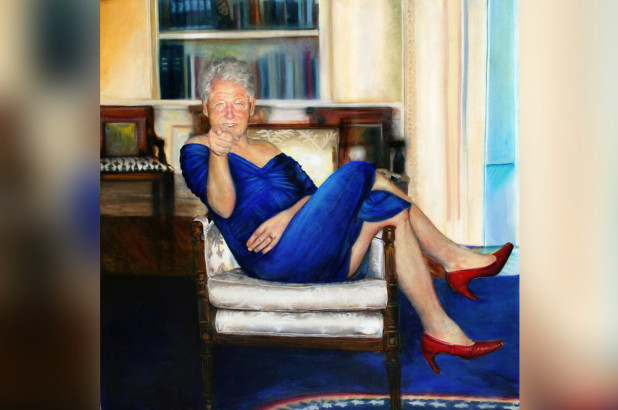 Former Miss Arkansas, Sally Miller, was Bill Clinton's mistress and allegedly had an affair with Clinton back in 1983, while he was still governor of Arkansas. She states that he was quite a charmer. He also had a habit of wearing her black nighty and prancing around, often while playing the saxophone.

She states that Bill was nothing special in bed and often bashed Hillary, as being "frigid and unappealing." Clinton supposedly mentioned that Hillary didn't like sex and that "she liked females more than men."

Most importantly, Miller mentioned that she feared for her life, not from Bill, but from Hillary, because "she wonders what Bill told me. I think she wonders how much I know about her that came from Bill.”

Now, it's true that Sally Miller might be making up BS just to sell books, however, if what she says is true, it would prove that Hillary was a very intimidating person and that Bill might have been a closeted cross-dresser, who perhaps had other "kinky" desires. In addition, if she is indeed Bill Clinton's mistress, then Hillary would've done everything in her power to discredit her.

Could the Clinton's have wondered what Epstein might of disclosed to prosecutors? Who knows, maybe Bill Clinton posed for the above photo?

They allegedly had sexual relations throughout 1983 when Clinton was serving as Arkansas Governor. Miller claimed his lovemaking was mediocre at best, but he would always bash his wife Hillary and divulge intimate secrets about his frigid and unappealing wife.

Miller confirmed rumors that Hillary is a lesbian, and that the marriage between Bill and she has been ruse to fuel each other’s ruthless political ambitions all these years.

“… Bill didn’t mind telling me that Hillary doesn’t like sex,” Miller said. “I take him at his word and he told me she liked females more than men.

Miller's statements concerning her fear for her life:

she reported that she was being stalked and receiving threatening phone calls which prompted her to sleep next to a fully-loaded semi-automatic firearm every night. She claim in a social media post that if she were to suddenly die via suicide, similar to what recently happened to disgraced sex criminal Jeffrey Epstein, nobody should believe it.

Miller, accuses Hillary Clinton of “manning the bull-dozer that would clear the way for Bill Clinton” and advance their political careers. “In my case, Hillary’s plan was to beat me down so I’d lose everything,” she wrote. “Then traumatized, penniless, hopeless and depressed…I would kill myself.

"There were those intent on destroying me…who seemed like regular human beings…who acted friendly, like sincere people but were, as an FBI Agent advised '…only out to get you. Don’t trust anyone.''

Miller said that she began receiving threatening messages from Clinton affiliates. Both the Post and the London Sunday Telegraph reported that Miller said that a Democratic Party official visited her in 1992 and warned her not to go public regarding the affair. “They knew that I went jogging by myself and he couldn’t guarantee what would happen to my pretty little legs," Miller said.

I would think anyone with connections to the Clinton's would fear for their life.

Looks like Bill rummaged through Hitlery's closet in order to pose for that portrait. 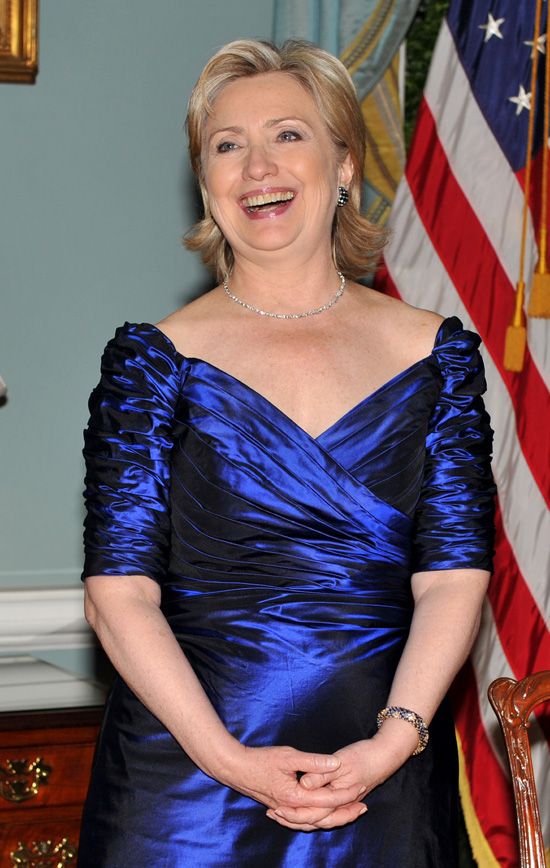 PS It was painted as an art project in a university (iirc) along with another painting of one of the Bush's.
edit on 17-8-2019 by ManWhoWasThursday because: (no reason given)

Ewww, as an artist with some 30+ years with working with oils on canvas, I can say that is some amateur work. The proportions, the technique... this is someone's inside joke, done by an amateur.

And besides, who cares? If a painting surfaced of Trump's Golden Showers, would we discuss it here as if it were true? No, I don't think so, it would be someone's joke painting.

More from Sally on Bill's proclivities:


“He talked about his mother coming home from work or a date, still wearing her high-heeled, ankle-strap shoes. He described his mother unhooking her garter belt, then sitting down and putting her feet on the bed. That’s when she motioned Bill to remove her shoes, her nylon stockings, and start rubbing her feet.

“Bill laughed about getting an erection each time he rubbed his mother’s feet, ankles, and legs. Bill confessed that sometimes, when he was younger and his mother wasn’t around, he would put his feet in her shoes and practice walking, swinging his hips, like her. It was a turn-on and made him feel powerful.”

originally posted by: Duderino
a reply to: shawmanfromny


And besides, who cares? If a painting surfaced of Trump's Golden Showers, would we discuss it here as if it were true? No, I don't think so, it would be someone's joke painting.

Trump's Golden Showers has already been extensively discussed on ATS as if it were true.

He pranced around in her black lingerie WHILE playing the saxophone, eh?

Stupid. It's like this person took a well-known meme about him (that he played the saxophone) and combined it with the lingerie thing so it would be more believeable.

True or not, who cares? Why care? We should be caring about the $hit these people have getting away with regarding our country for all these decades, not whether Bill Clinton is a cross-dresser.

posted on Aug, 17 2019 @ 02:12 PM
link
Are there people really reading this that can't tell it's complete nonsense? It's almost a carbon copy of the phony claims brought against Trump. For a fun exercise, try reading it with 'Donald Trump' in place of 'Bill Clinton' and then tell me what you think about.

For the record, I have strong suspicions that both men are sexual predators -- but that doesn't mean I'm going to allow myself to fall victim to charlatans in a crusade to confirm those suspicions.
edit on 17-8-2019 by sooth because: (no reason given)

posted on Aug, 17 2019 @ 02:13 PM
link
I think that Hillary was the more ruthless and more disregarding of rules than Bill. I do not know why he did not divorce her. I saw how Hillary acted before he got caught with lewinski, I did not blame Bill for cheating on Hillary, If my wife was like her, I would have been looking for someone better. I see the opposite happening with women married to overpowering guys than with guys married to overpowering women around here, the girl goes out with her friends and finds a new guy then divorces her husband after a while.

I think the fact that it was hanging in Jeff Epstein’s mansion that is the sticking point for most folks....

Congratulations on finding this. It is all true.

And Hillary has not changed her ways one bit.

a reply to: Duderino

And you're implying that the Clintons haven't got away with anything while they were in power? Thanks for the laugh!

I'll tell you what I think. You're free to believe whatever you want. IMO, "it's complete nonsense," that the misdeeds committed by the Clintons have been swept under the rug for such a long time. Whether you believe that or not, is not my concern.

And holding a cigar at the same time.

Many of the things in your Op was relayed to me by a good golfing friend who was with the secret service during the Clinton white House.. He and many others could not stand Hilary as a person much less as the first lady. Bill was a charmer who procured girls or had them procured for him where ever he went. Considering how Hilary was I can kinda forgive him.. hahah