Just one. Should have used his N72PH number like the others logged, so he didn't document that they were illegally using an active, though dormant, N-number... 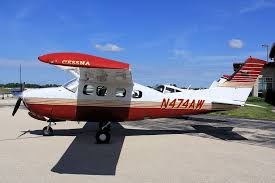 Should have used his N72PH number like the others logged, so he didn't document that they were illegally using an active, though dormant, N-number...


That wasn't owned by Epstein. Geez, looks like it was scary "no hydraulics, auto rotate, emergency landing."

And you don't have evidence that the N number was being used illegally, or that the helicopter was owned by Epstein. Only a single entry in a flight log. The pilot could probably explain it if asked.

Yes, that was registered to Centurion Aviation in 2014. We know that too.

The hubbub about Epstein is about a helicopter.

originally posted by: Phage
a reply to: BlueJacket

What does that have to do with asking how many of those flights were to the island?

You seem to have said that there were 27 times. The logs should show that, shouldn't they?

See, it wouldn't particularly surprise me if Clinton went to the island. But I would like to know for sure. Especially if it was 27 times.

Yeah, it wasn't owned by Epstein. Probably leased. From a company out of Broward. Leaving Epsteins compound for Double Eagle. On a State Dept N-number.


Formatting is all off on whatever Xuen's link is. No notes for the flight in the actual manifest.


Also no earlier flight listed into Zorro, on the actual document, so there's another log out there somewhere with more flights or that flight is unrecorded.
edit on 12-8-2019 by RadioRobert because: (no reason given)

But that's the claim in conspiracy land, "Epstein's helicopter." How does that work? Does the lesee obtain the N number?

Do I have evidence it is illegal? Yeah. Go fly and use someone else's N-number and see what happens

Was that number on the aircraft? Was it used as a call sign? That would be illegal. Even for one flight.

Falsify your manifest or log and see what happens when you get caught. It's part of Federal regulations now.

If the previous were done, intentionally falsifying a log entry is small potatoes and highly unlikely to be found out in a routine check. But someone should ask David about it though. Don't you think?

So, what do you think this helicopter was used for? I mean, he did own a much nicer one.

And just like clockwork it a shift change It Happening

Well there it is. Time to do some lengthy reading.


Not being funny but this thread is wrongly titled , because this release is the unsealing of the case between Giuffre and Maxwell ,

where Giuffre is suing Ghislaine Maxwell for defamation , due to her ( probably fake / lying ) testimony during the original case against Epstein which was 05/06 . This case was heard in 2015 / 16 .

It includes quite a lot of the evidence from the original Epstein vs multiple plaintiffs but IT IS NOT EPSTEIN's CASE .

Epstein's new hearing (we don't know who he was trafficking this time) would have included some of this evidence , which is why it has been unsealed . The SDNY investigation will continue along with new FBI inquiries , which by necessity are going to want to see all of this evidence .

Basically we're now depending on Trump to make sure his choice of AG sees this through properly by suitable administration through the DOJ . We know he can do that , and it's obvious where previous potus and ag dereliction of duty has occured from previous wh occupants .

Can we do something about this or start a new thread with a correct title . Y'all discussing planes here you do realise the flight logs are in this pdf . Some of them are incomplete or badly photocopied , like half the page .

It's very obvious from reading through that quite a lot has been redacted , blacked out , and left out of the document .

For any deniers there is more than certainly a case against Epstein , which could have seen him locked up the rest of his life , and obviously the focus is now going to rest on Maxwell . Like where is she for a start
edit on 12-8-2019 by FieldMarshalMatt because: (no reason given)

The Share Blue folks have explicitly said that the documents
are dangerous, so expect an onslaught of attacks.

Could this be due to the fact that Bill Clinton is named as
having had a private party on Epstein Island, in the presence
of underage girls? Are we allowed to ask, was Hillary there also?

... Within the deposition, she describes being flown “to the Caribbean” when she was 17 and then tagging along as Maxwell took “a huge black helicopter” to pick up Clinton. “Epstein did invite two young brunettes to a dinner which he gave on his Caribbean island for Mr. Clinton shortly after he left office,” it reads. “I’d have been about 17 at the time. I flew to the Caribbean with Jeffrey and then Ghislaine Maxwell went to pick up Bill in a huge black helicopter that Jeffrey had bought her.”


Is it just me ..? Why does every fiber in my body says that people like the Clintons will never be convicted and do their time in jail for the serious crimes...or just a few of them.... I think they allegedly commited. And if so..at least they will be offered an illegal but "honorably" way out by suicide or be granted a full and unconditional pardon by a new POTUS just happen to take office after their sentencing.. Just like what Nixon received when Ford took over the presidency of the USA. Wait, I got one better yet... because they are old and ill they will receive this unconditional pardon on grounds of humanitarian reasons.

originally posted by: Phage
a reply to: 5StarOracle


Curious... Do you really believe Bill isn’t actually a pedo?

I don't know. Got any evidence?

Or are you just trying to point out that erroneous claims are being made by misrepresentation of the facts?

A claim was made which was rather damning. I sought evidence to support it.

Think of it like this... Phage is asking for the evidence, these questions are going to be asked in a court of law. Hard evidence (not circumstantial) is going to be needed to indict anyone (usually), especially powerful VIP's. The hard evidence needs to be spread out as if it was in a court of law. Without people like Phage asking for the hard evidence, there will be no case. It's a common thread, the circumstantial evidence pops out but when the hard questions are asked it generally falls flat, which is way nothing generally happens. Personally, I think the Clintons are definitely involved in this sort of sexual deviancy, yet for once, I just wish the hard evidence would be available the 'smoking gun' as it's known. Rememeber the defense will be asking these exact questions, which if no direct answer is available, nothing will happen as usual...


You're a smart guy/gal.

Entertain the possibility that he was not killed.

He has a lot more info, in my opinion, than what the authorities already know.

That means you take him somewhere you can persuade him to spill everything. You would want that info. Either for self-preservation, protection of your fellow kiddie diddlers and/or to use against anyone involved.

You can't very well use enhanced measures to get that info if ole' Jeff is appearing in court every week or two.

You rendition him and make him talk. Then kill him.

posted on Aug, 12 2019 @ 09:00 AM
link
Despite all the conjecture and conspiracy talk, the bottom line is we will likely never know the truth about this because there are too many powerful people connected to it. As much as I'd like to see them all go down for their crimes against minors, especially the Clintons because of their history of eliminating their perceived enemies, in my opinion nothing is going to happen to any of them. They have too much power and influence and it's sickening.

Edit: Sillyolme, please stop trying to connect Trump to the Epstein crimes, he's already been cleared by those directly involved. You attack him every chance you get and you seem to be a lot more intelligent than that. You don't have to like him as a person, most of us don't, but when the facts are out there please stop trying to counter them with your dislike of him.
edit on 12-8-2019 by HalWesten because: (no reason given)

originally posted by: Phage
a reply to: loam

So, killing him would be kind of pointless?

posted on Aug, 12 2019 @ 11:11 AM
link
Hey all I havent been on much sense 2014 or there about. I could tell you more about this and other Clinton stuff sense 2014 but no one without a clearance to delete minds would believe me so continue the discussion. I forgot to add which would involve the navy trials of 2014 and more and deeper.


Think of it like this... Phage is asking for the evidence, these questions are going to be asked in a court of law.


ATS is not a court of law , and Phage is not a judge trying the case.
There is good "information" on both sides.
This coming from one that is neutral.