Biden Says He Was Vice President During Parkland Shooting


originally posted by: Grimpachi
It is misspeaking and they all do it. Obama with his 57 states Bush too much to list and Trump with a prepared speech that he claimed he memorized about taking airports during the revolutionary war. 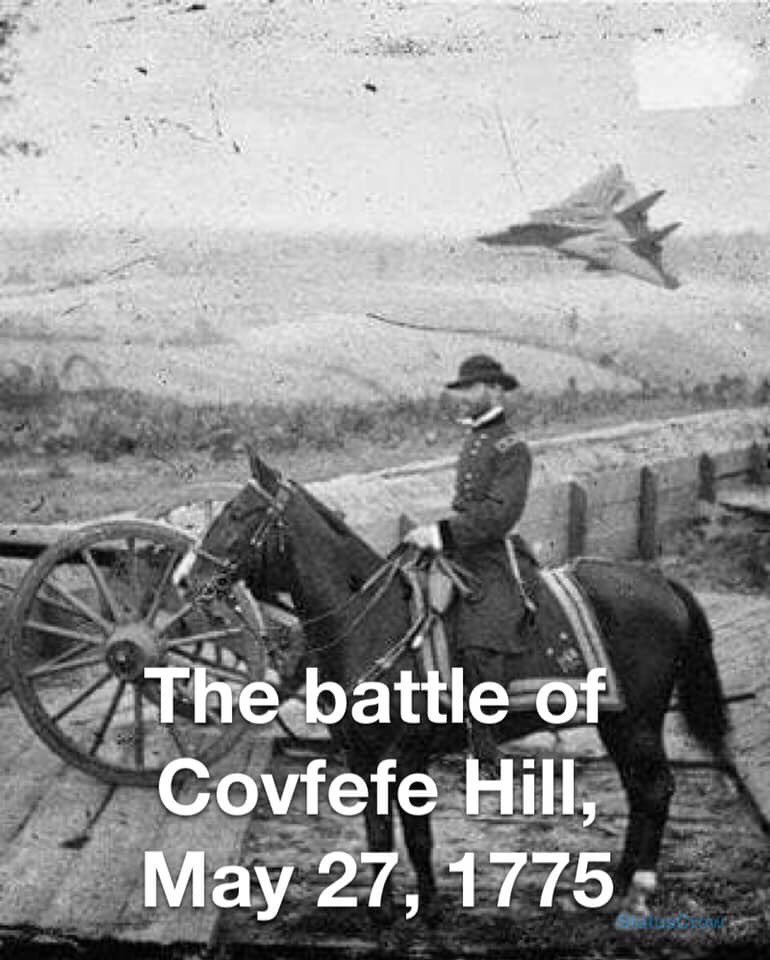 
It ended all right. The right beat the racist left, and freed the lefts slaves, Now the left is coming back with a vengeance and wants to make all Americans into slaves

And then you woke up... After 'they' finished probing you...

posted on Aug, 11 2019 @ 02:44 AM
link
The Democrat's surefire Trump-beater (Joe Biden) is being overcome by the heat and humidity at the Iowa State Fair this weekend.

Check out this weird statement: "We believe in FACTS...NOT TRUTH!"

I really don't understand how Trump supporters can actually post about stupid things said by a dem candidate when they have the most idiotic, incoherent man in office right now. Trump is even attacking Biden by saying "Joe Biden just said, “We believe in facts, not truth.” Does anybody really believe he is mentally fit to be president? We are “playing” in a very big and complicated world. Joe doesn’t have a clue!", I mean C'mon, really Trump..your talking about mental fitness when you can barely string two sentences together coherently and what about all the insanely stupid stuff he has said.

"I was down there and I watched our police and our firemen down at 7/11, down at the World Trade Center right after it came down."

"Look at my African-American over here!"

"I always wanted to get the Purple Heart. This was much easier."

"I know more about ISIS than the generals do, believe me..."

"What do I know about it? All I know is what's on the internet."

After a women talks about how her family was all murdered, he asks "where are they now?"

“I’ve said if Ivanka weren’t my daughter, perhaps I’d be dating her.”

"Despite all the negative press covfefe"

I mean this list could go on for pages. LOL

How about when he randomly wonders off on camera. lol

Joe thought he could inspire a guy in a wheelchair to start walking! Biden has been shooting himself in the foot for years.

Joe Biden does not need to be president of the United States. Sometimes, you just need to recognize that you're slipping mentally and it's time to hang up your hat and relax for a while.

That probably applies to both of them.

Trump has delivered more good things for America and Americans in 2 years than Biden did in 50...yes FIFTY years of "public service".

DELIVERY is where the rubber meets the road, D3M1GOD.

Mueller was hard to watch, too. If that performance was for real, he went downhill fast over the last 2-1/2 years. You could just tell he was propped up like a dummy and told to say the same two or three phrases when questioned..."it's not in my purview"..."if it's in the report, I stand by that"..."I can't talk about that".

Biden is slipping into the past though. That's a bad sign. Calling Theresa May Maggie Thatcher several times is more than a gaff.


Yes, he was like one of those old dolls that you pull the string in their back and they say the same three or four answers

Focus.
Your TDS is preventing you from staying on topic.


Your TDS is preventing you from staying on topic.


The topic is "old make makes mistake" , I posted an example of another old man making a mistake in remembering for balance.

originally posted by: LordAhriman
Did you know Trump was there at 7/11?

and in from the corner, a whataboutism shot........it's ......it's off the rim, oh, what a disappointment, such amazing talent wasted on ignorance.

posted on Aug, 11 2019 @ 11:34 AM
link
Not sure that pointing out Biden’s old-Fartisms , is a great idea.
His can’t hold a candle to the old-fartisms, wafting from the Whitehouse.

Disclaimer: I do not endorse the practice of holding candles to old farts

originally posted by: queenofswords
a reply to: gortex


I agree. I watched as my grandfather slipped. Sometimes he was really alert then out of blue was in the past. It worsened with time. We already had a President who was not all there and simply a puppet. Reagan was propped up in his 2nd term and Bush moved the country along on his own CIA agenda.

So far, I don't see that in Trump. Biden misspeaks are definitely more than scatterbrained multi-tasking faux pas. That is something to be concerned about. I would think the DNC would be smarter than that in choosing their candidate to run against Trump...but then I remember 2016. Their chosen one is not necessarily the people's choice...it is theirs based on their own agenda.

posted on Aug, 11 2019 @ 11:52 AM
link
I mean, there have been so many...who could specifically recall which one is which? Was it Parkland? Columbine? Sandy Hook? I don't expect everyone to be able to keep track at this point.

How in the F is that considered a winning position even with our whack doo far leftists?

Biden in Iowa: 'Poor kids' are 'just as talented as white kids'


Former Vice President Joe Biden on Thursday told supporters “poor kids” are “just as talented as white kids” before correcting himself and saying “wealthy kids” while speaking at a campaign event in Iowa, the Des Moines Register reported.

"We have this notion that somehow if you’re poor you cannot do it. Poor kids are just as bright and just as talented as white kids," Biden said, before correcting himself. "Wealthy kids. Black kids. Asian kids. No, I really mean it. But think how we think about it."

"They can do anything anybody else can do, given a shot,” Biden said.

posted on Aug, 13 2019 @ 06:25 AM
link
Joe isnt it. In this day of "gotcha" news, he's already done. I don't think he's doing terribly considering his age, but it's showing that he is aged. Why isn't yang challenging him to do push ups though?

posted on Aug, 13 2019 @ 06:57 AM
link
Remember a few years back there was a news release, that suddenly dropped off the table and rolled under the carpet...?

No, well hell let me share, because there's been many, but this one, is a clue to why manipulation of people in government might be easier than average Joe thinks. Give this article a thought or two;

“At first it’s cool, and then you realize, I’m filling some drugs that are for some pretty serious health problems as well. And these are the people that are running the country,” Kim said, listing treatments for conditions like diabetes and Alzheimer’s.

“It makes you kind of sit back and say, ‘Wow, they’re making the highest laws of the land and they might not even remember what happened yesterday.’”

Yup. Why let them retire and leave, when they are already in place and easier to influence.

It's called shadow government for a reason, because they govern from the shadows. There are people in power, who have always been in power. Politicians are public figures, doing what they are paid to do.

Those who want to know who is really running the show, look behind the curtain. Presidents come and go, look at who stays and who pulls their strings.

The guy is actually completely gone.

Trump is a genius who slips like everyone does. Biden isn't in the same
ballpark and way out of his league. And the front runner.
edit on 13-8-2019 by carsforkids because: (no reason given)

Not a Biden fan but accuracy and facts don't matter any more.