The real reason behind mass shootings, that no one wants to talk about...


Anyone else find it super convenient that people only want to sacrifice what they do not use/do???


For example, and I am not saying these are a fix , in fact I don’t think they are, so this is strictly an example..


What do the parents pay for banning violent video games???


Nothing.. they don’t play them.. he’ll might even save them some money around Christmas time...

What do the parents pay if they banned guns???


Quite a bit.. dad can’t hunt or target shoot and has to sell his collection..


Again, I don’t think either thing is a fix, just pointing out that the only fixes people are offering, are fixes that are free for them...


Ok to the actual topic..

I think the one constant thread to all of these cases of young male mass shooters is sexual activity..


I think that human beings are not “built “ to be “involuntarily” celebrate..


According to mainstream science we have not yet evolved fully to use dairy products, even though we domesticated cows thousands of years ago.. maybe thousands of generations..


So why would we have evolved past the need to procreate after puberty????


I think it is the feeling of sexual rejection and frustration that leads these teens to snap..


I don't think a single one had a girlfriend....and glancing at the Ohio shooter, I am guessing he is the same..


I think the drive to procreate after puberty , and the inability to do so is “causing “ them to snap.. I think in their teenage heads, they believe it will be a permanent issue.. and faced with that frustration for life, they go crazy..


Now this isn’t real... they will not be celebrate forever... but try explaining to a teen how irrelevant high school really is..... no matter how right you are,the teen will not agree with you..


That doesn’t mean the young girls in their class owe them sex....at all...

But I really think that is the root cause..


Maybe if prostitution was legal that would fix it..

Let me get this straight, you think if prostitution was legal shootings would cease? 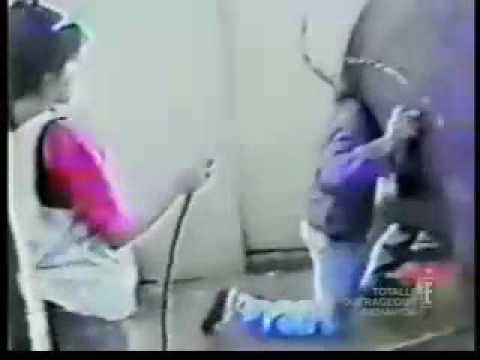 If that was the case there wouldn't be killings in places where it is legal.
edit on 5-8-2019 by discourse because: (no reason given)

I think the shootings , like school shootings committed by young teenage males and the Ohio one I assume are caused by the sexual frustration of the shooter...


More than one mass shooter has specifically said that was the case , though he did it in a “none of this is my fault” type way that didn’t evoke any sympathy..


Prostitution is the only way to address that problem since obviously expecting high school girls to owe sex to their male counterparts is ridiculous..


So how else do you end that issue if not prostitution... you can’t force people to fall in love.

To be clear: nobody besides incels is discussing this as a cause of mass shootings because it’s absolutely idiotic.

They likely lack meaningful relationships because they are a few degrees off to begin with. What needs to be assessed is what causes that in the first place.

A) there is no place in the US where a teenager is allowed to visit a brothel..

But you are right.. one or two cases where the shooter was very sexually active would debunk my point...


However I don’t think any of the shooters were sexually active..


B) do they have mass shootings by teenage males in countries where prostitution is readily available???

That would definitely validate or invalidate my point..

A thousand things can cause it....

I honestly don’t find that relevant because the answers are so varied..


I think the relevant part is for all of human evolution, we started having sex right after puberty...

Until now... well evolution can’t keep up with that fast of a change , and something as deep seeded as the drive to procreate, is central to the ID..

Maybe a less controversial solution is for the government to start supplying them with a bottle of Jergen's lotion and a role of paper towels every month free of cost.


For all of human history, we procreated right after puberty...

Now in cave man days that likely means rape and other pretty horrible things, However that doesn’t hangs the fact of the matter..


So for 190,000 years AT LEAST basically every human being was able to procreate right after puberty, then for the last ... what, idk maybe 500 years, if that of civilization has changed that... no more slaves and such to assault...

But you think those drives just vanished?!?!

They're showing a serious lack of empathy and that they are behind in their emotional and social development and your solution is to direct them towards objectification and exploitation of women?
That says a lot more about your own lack of development than what you might want to share with people besides your therapist....

I think the problems run a lot deeper than that.

You didn’t make a point to begin with. You offered a hypothesis with no supporting data. Why do I have to provide data to disagree? But, in the interest of hilarity, okay.

Charles Whitman was married and killed his wife. In his own writings he expressed a devotion to her and described her as a “fine wife.” One presumes she was putting out for him. He was one year older than the Dayton shooter. You mention teens in your pointless OP but most mass shooters aren’t teenagers so it’s even more pointless from the start.

Now I know it’s a big fantasy in the incel world that access to chicks would fix all their problems but that’s all it is: a sick incel fantasy.


do they have mass shootings by teenage males in countries where prostitution is readily available???

Do any other countries have the same mass shootings as the US?
Canada doesn’t legalize prostitution, so one would think we’d also have frustrated males. We don’t have anywhere near the same amount of shooting....

I blame pharmaceuticals.....legal antidepressants. They kill off emotions.

The real reason behind mass shootings


Follow the Money... It's the economy.. the more people that are well off the less these types of things happen.. A good ecomomy alone will solve a whole myriad of problems...

Incels are the ones that come up with terms like “age of attraction” and “chads” and “tyrones.” It’s all pretty disgusting, and the aspect of “women should know their place and put out for me” is just one part of it.

posted on Aug, 5 2019 @ 02:57 PM
link
a reply to: Shamrock6
ROFL, oh I see now. Well to be fair the media is causing cases of homosexuality to skyrocket in the last ten years too, so maybe they just have access to a smaller market lately lol.

But I would be ok with a hooker in every bed, like a chicken in every pot. Keep those balls empty and the only thing those guys would be shooting is their baby batter!

If this was the case, the human race would not have survived the Victorian age

Give them one to love.