Help ID a Mineral or Stone .

Doesn't have to have any wood patterns at all, other than the overall external shape..
Sometimes the wood is completely gone, just a pocket formed where the wood used to be, then the
quartz can fill that pocket left behind...Like a mold of a branch.

It also looks a bit like antler...no inner detail there either.
Looks like stag horn coral too...
nature likes to repeat shapes!

Did you buy this, or find it somewhere?

Run some tests at home. Put it in a container with water and check if it floats. Break a little piece and burn it.


Can you get a better pic of the sliced side? 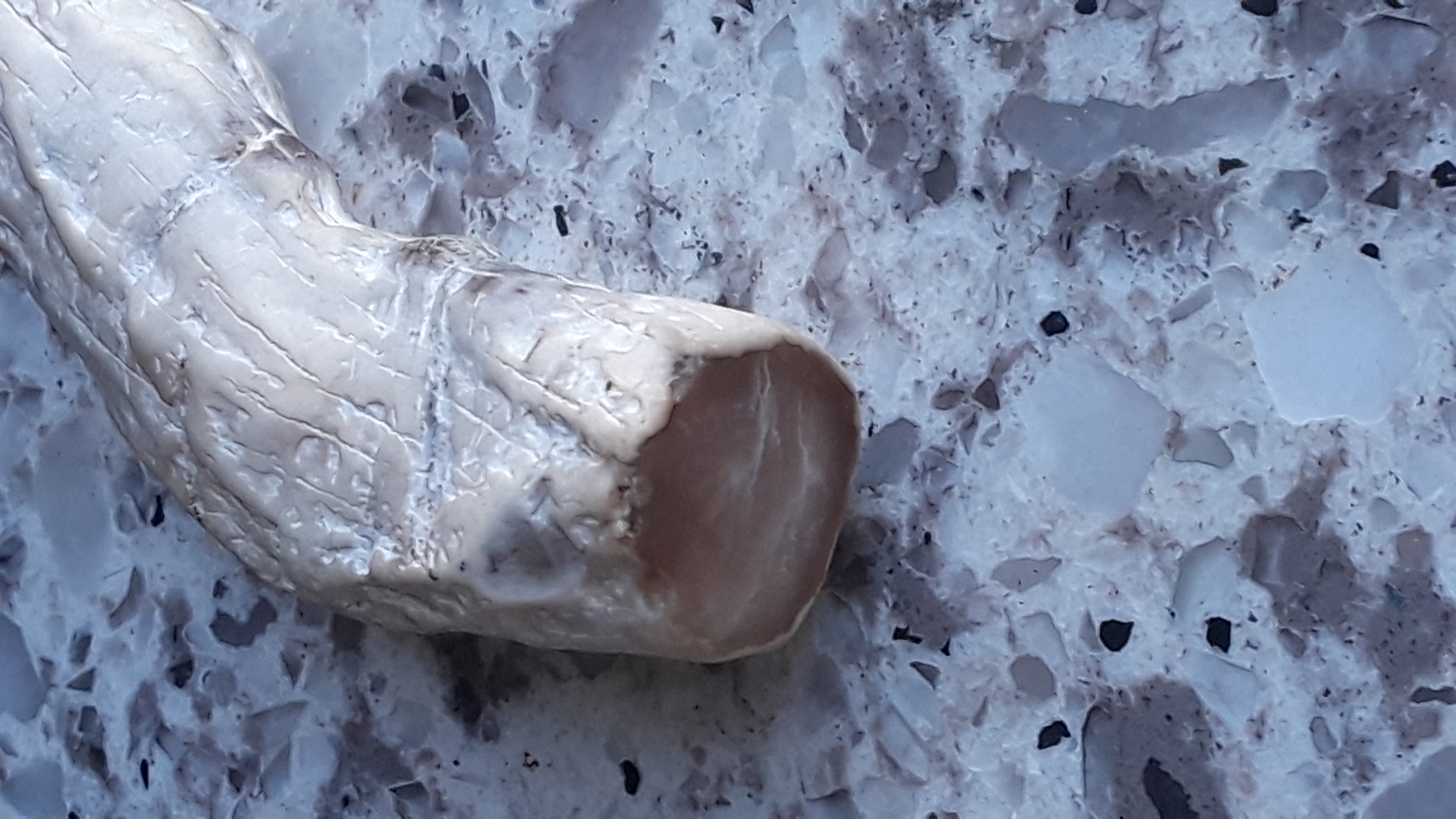 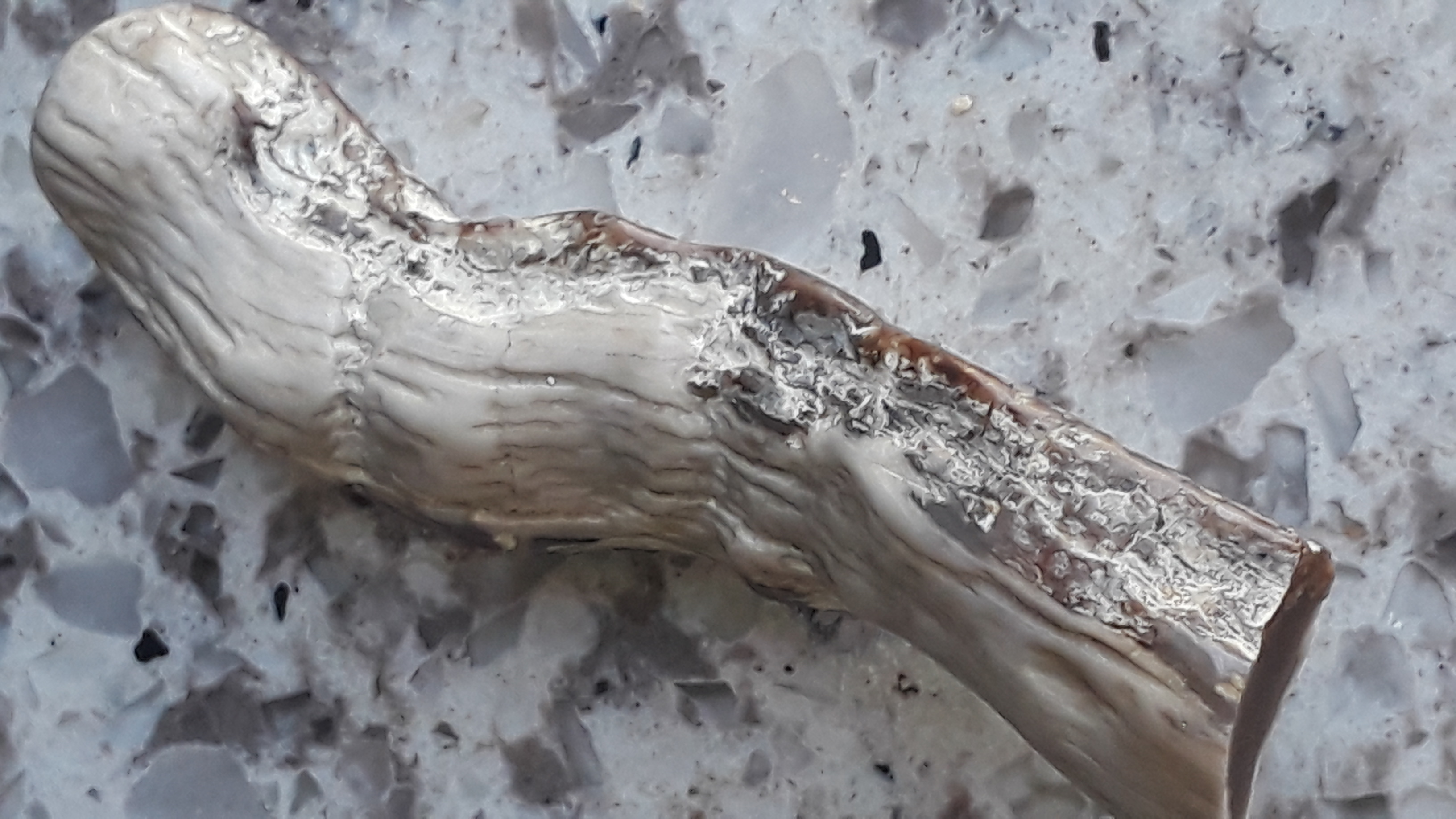 Found it while out treasure hunting

I've got plenty of piece's of petrified wood , I think this is to glassy on the inside to be wood .

Where, roughly...In the US southwest perhaps?
Or somewhere where there were previous volcanic deposits?
it looks like material that was buried in ash, then the minerals seeped in and opalized/agatized the material.
Sometimes with hot ashfalls, the original material can completely go away leaving a perfect shape that is later filled in by silica gel or water laced with micro-quartz..

It also looks like the host rock/matrix rock s removed by someone by either dissolving it or with a diamond tipped dremel or something similar..


Might be quartzite or marble, pretty sure its a metamorphic rock. 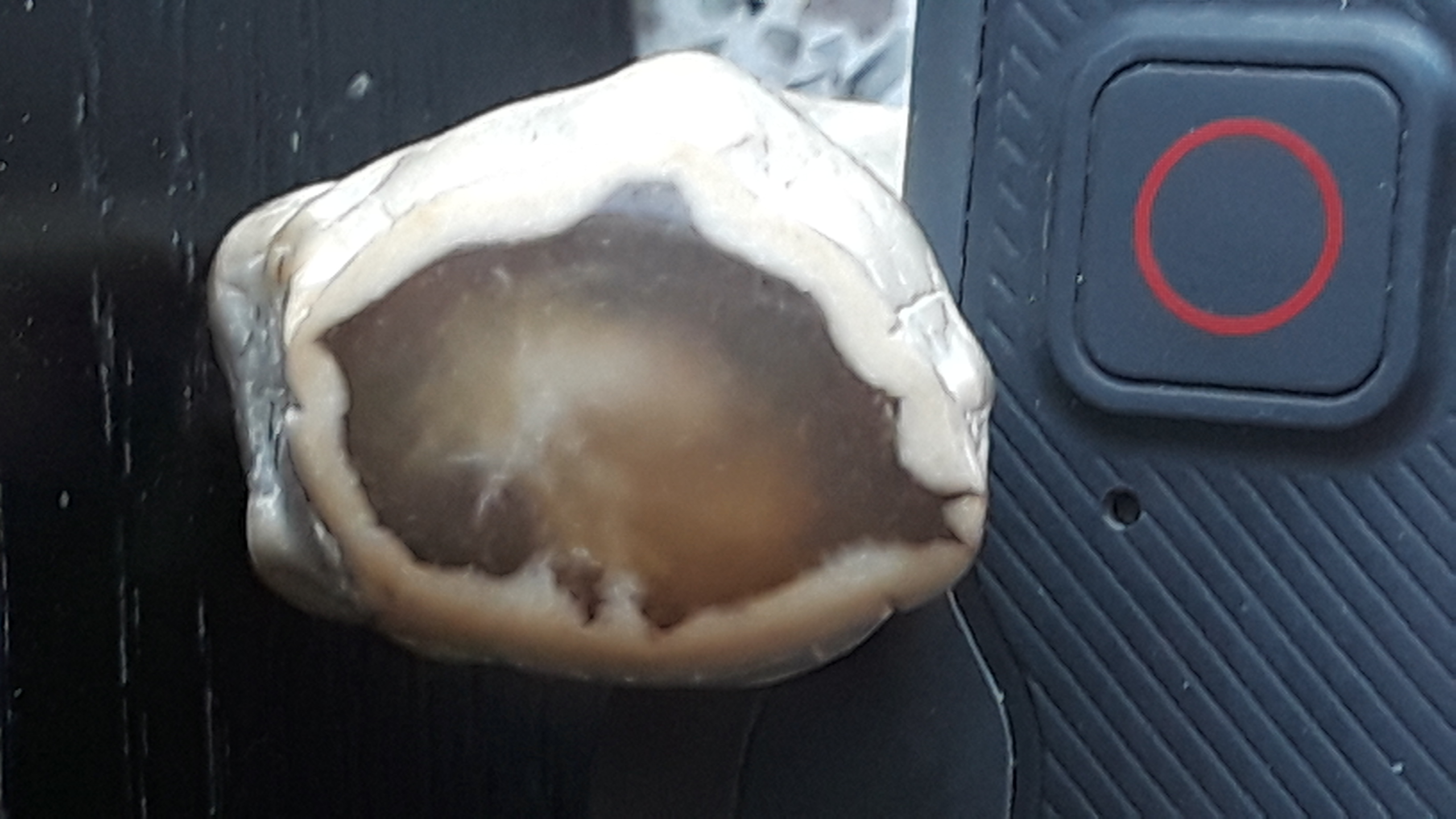 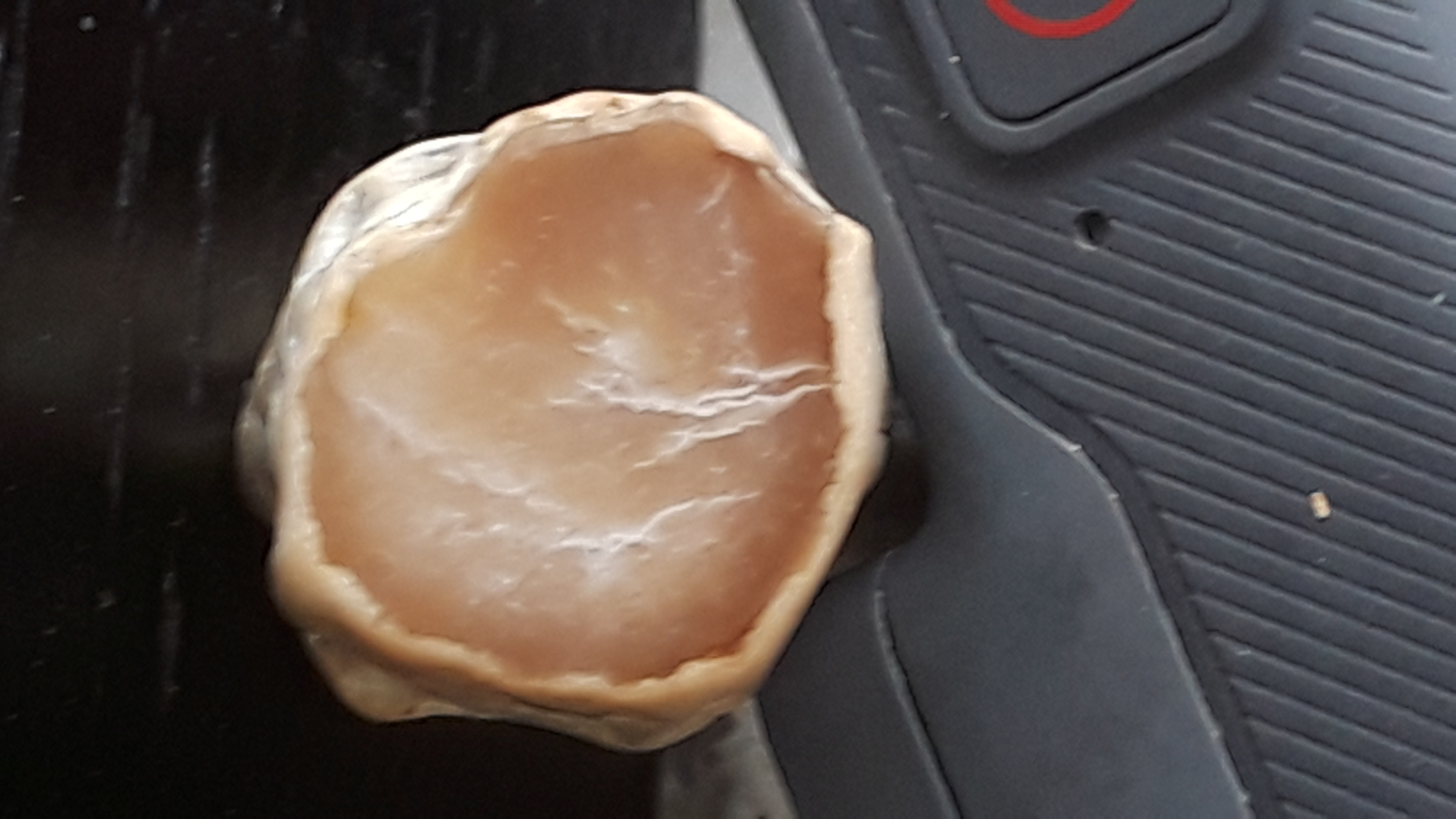 The only other thing I can think of is akin to Chinese medicine.

Red Ginseng, its a process, not an actual plant. Ginseng is steamed with treated aconite. Once dried, it is hard as a rock, sounds a bit like porceline or glass when struck together

I just hit it under short and long range UV outside of it no reaction but under Long range UV the center of it glowed red orange ,

posted on Apr, 14 2019 @ 05:29 PM
link
Iy appears to be something that is permineralized. It does not really look like the petrified wood I have seen but I have just seen bigger chunks. It could be a concretion formed from a cavity that filled with minerals from an old root that rotted, then hardened into a solid piece after filling. It almost looks like it could be some sort of amber like material, is there amber in your area?

It's hard to identify something by a picture alone, you may have to bring it to someone locally who knows about local minerals and fossils. I do know quite a bit about rocks, I used to collect some with my uncle many decades ago and have his collection in the basement. Sometimes concretions form and it appears it may be a concretion, but what it is made of is kind of hard to determine. Was this found in a clay layer?

It doesn't look like one of those things that forms when lightning strikes the beach, they tend to be rough and look like branches, I have found pieces of some of those in the sand over the years.
edit on 14-4-2019 by rickymouse because: (no reason given)

Yes, I know. I used to cut chalcedony from the Jemez Mts. into cabochons all the time when I was a lapidarian/metalsmith.

I saw it in a display at the Collier County fair. Do you know that it’s the Florida State stone ?

If it’s mineral, it is a vertical rock