Except he was talking about physical windmills at the time............

Do I really have to spell it out for you?

And Q crumbs are sanchismos.
edit on 4 9 2019 by dashen because: The cure for cancer

Peh Meaning – 17th Letter of the Hebrew Alphabet The Hebrew letter Peh means mouth and refers to the power of speech. In Kabbalah, speech is actually considered to be a spiritual power, which can cause good or evil depending on how it is used. In a certain way, what one thinks is how one is, and what one speaks has the power to become.

The possibilities of P are endless. Logos. The Word.
In the beginning.

posted on Apr, 9 2019 @ 08:52 AM
link
Amazing work and many cheers to Dash and the rest of the contributors here, regardless of your opinions on Q. I usually lurk due to my extreme work / home schedule (and its Turkey season so most of my free time is in the woods not on ATS), however I am deeply grateful to everyone on here!

I was also going to mention, Barr is live now giving testimony, for anyone interested!

Alexa Valiente, an ABC News producer who won an Emmy last year for her network’s coverage of the Las Vegas mass shooting in 2017, died suddenly at age 27.

Valiente died Friday after facing health problems for several months, the network said in a story Monday announcing her death.

You can't even answer because the truth is that Q hasn't done anything outside of making people hope and speculate about things that are supposedly happening behind the curtain. Q even said "60% must remain private [at least] - for humanity." and people have bought into it just so they can keep repeating the same mantras.

Sure, "Trust the Plan", "BOOM", "MAGA", "Dark to Light", "Great Awakening", people have said these things thousands of times in these threads and you want to act like I'm the only one saying the same thing?

Until Q delivers, you are no better than anyone questioning Q, and your claim about Q putting people behind bars and in front of firing squads is BS. You don't have anything to back that up.

Im quite curious about these supposed "firing squads" too?

Surely It's not too much to ask for evidence rather than having to dig through literally months of back posts?
To me this is getting pretty extreme, especially when certain peeps seem to be quite thrilled that their "enemies" are being shot(remember folks, "these people are sick!).
There has been so much rhetoric aimed at dehumanising and "othering" ALOT of politically "left" people( quite sad how hateful and venomous it can be)in these Q groups *Edit: as well as ATS in general*and it honestly *mostly* all appears to be going one way.
It's really kinda sad how easily the programming has worked here, "divide and conquer" may not be a meme for much longer, the "divide" is certainly fait accompli.

Please, if you find yourself getting excited at the thought of your(but are they really?) political "enemies" being executed or tortured at Guantanamo or whatever, take a break and go and take a look at the REAL WORLD, I don't think some of you have seen it in awhile.
I just want to share a story I read recently on Bibloyotecapaydes.
(Unfortunately I feel that some are quite excited by the tension and aggression that division creates and are looking forward to some boredom busting political strife.
As there's bugger all I can do about that though I'm not gonna let it bother me....)
landdestroyer.blogspot.com...


"At the conclusion of the Anglo-Zulu War, the British despoiled Zululand, divided it into 14 separate chiefdoms, each led by a proxy obedient to the British Empire.

The British ensured that these 14 chiefdoms harbored animosities toward one another and fostered petty infighting between them to ensure British interests would never again be challenged by a unified Zulu threat.

One remembers the infamous use of Christians as a scapegoat for the corruption of Roman Emperor Nero, deflecting public anger away from the ruling elite and unto others among the plebeians.

This is a game that has continued throughout the centuries and continues on to this very day.

While racial, religious, class and political divisions are aspects of human nature, they are viciously exploited by the ruling elite to divide and destroy any capacity of the general public to organize, resist, or compete with established sociopolitical and economic monopolies."

Anyway that's enough from me here, will leave you good people to your world building and politically convenient mysteries (actually maybe that explains this Q obsession, there's little mystery or magic left in life so something that offers a real life political thriller with tons of intrigue, twists and good ol' American style "justice"is literally a total no brainer!).

...working on a follow-up feature to “20/20 - Las Vegas: Heartbreak and Heroes" questioning the official narrative?

...implicated in the NXIVM scandal?

...found having committed suicide by jumping out of a window through the glass while shooting herself in the back of her head five times with a shotgun?
edit on 9-4-2019 by MindBodySpiritComplex because: (no reason given)

posted on Apr, 9 2019 @ 09:30 AM
link
So Nunes announces criminal referrals pending and today they are smearing him with the #yachtcoc aineprostitutes hashtag.

Apparently one of his vinyards owns a yacht that some prize winner took prostitutes on.


Some patriots are trying to hijack the hashtag but it's pretty futile as Twitter has it trending number 1 meanwhile they suppress anything that really trends.

While 2 days ago facebook had a live auction for a 10 year old African child bride and that's fine. 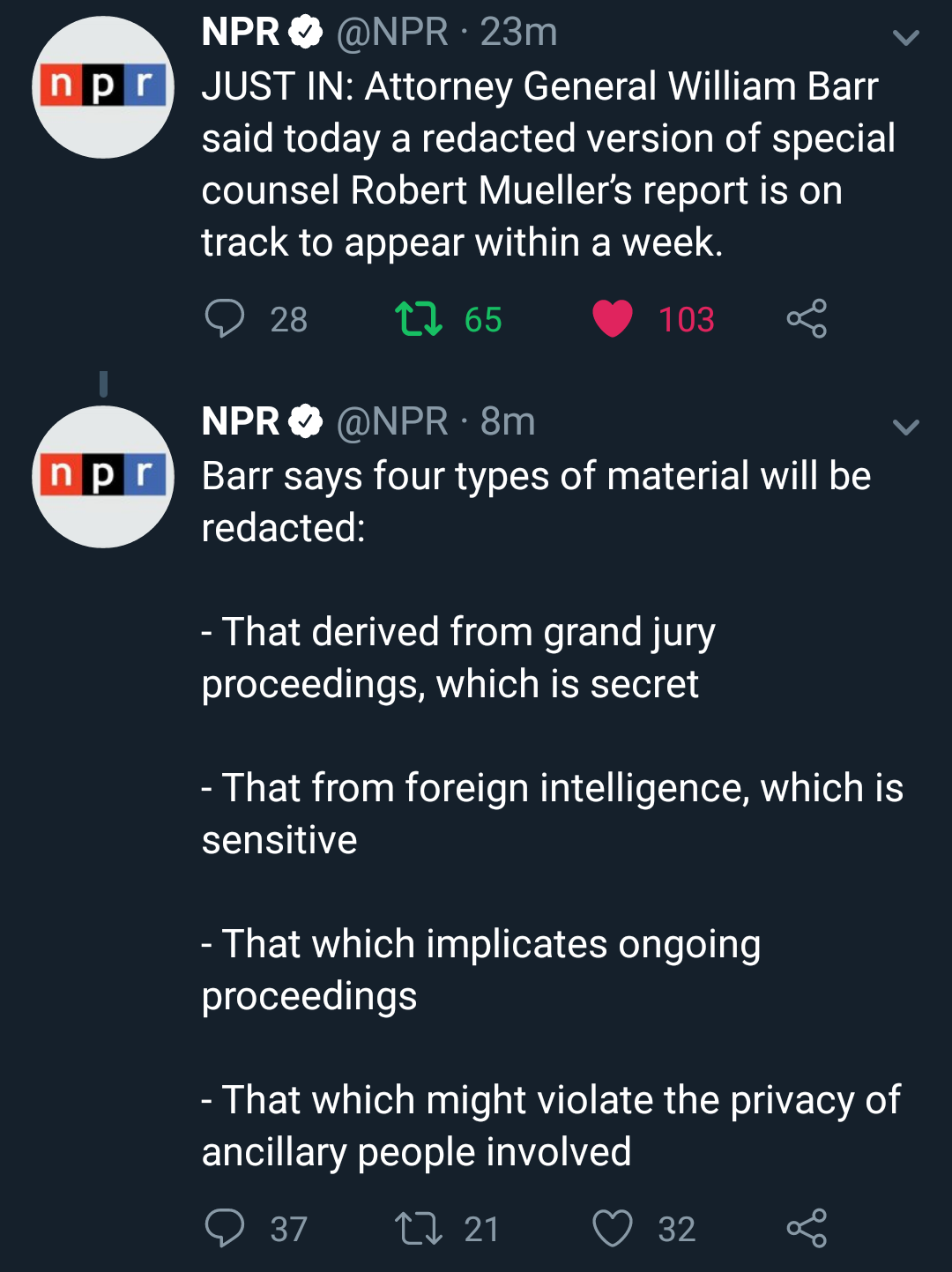 Valiente worked on “Popcorn with Peter Travers,” “Nightline,” and “20/20.” For a “20/20” story, she won an Emmy for “Las Vegas: Heartbreak and Heroes,” which was done in the wake of the most deadly mass shooting in modern U.S. history. Stephen Paddock opened fire in October 2017, killing 57 people, but no motive has been established in the case.

Valiente’s cause of death has not been revealed.

Anyway, I kinda hope this will not be the last Q thread, if what we expect, materializes.

Lets all celebrate, and wish for a very fruitful ending...

posted on Apr, 9 2019 @ 09:53 AM
link
a reply to: NightFlight
Even if the the 'big stuff' goes down early in this thread, the thread would fill up in record time, IMO. Even if it didn't, there will most likely be another thread while everything winds down.

I dont think anyone has faced a firing squad yet, and as far as I know, no one super important has been arrested or anything like that yet. I think that if what we have learned turns out to be the 100% truth, then these people deserve whatever justice they have coming to them. Some here do seem to have an unnatural blood lust (I dont share the sentiments, but to each their own). I think we all want to see the people who have tried to commit a coup brought to justice, and brought to face the music, whatever that may be. Dont let the opinions of some here make you think that everyone who follows Q thinks that way.

The gist is that the "clintonemail" domain was shut down in 2015 - before Donald Trump even announced his candidacy for POTUS. If that is the case, how did the Russians or anyone else hack the Clinton Server in 2016 to help Trump win the election? Please read the entire thread, it is enlightening.

Actually, here you go this is much better to read:

I saw a post about it yesterday that I cannot find now.

But here is a similar article from Nov.

So it's been an ongoing thing and they obviously aren't stopping it.

So it's fine but discussing census findings and immigration gets one labelled a Nazi white nationalist and causes bans across all networks.

There sure are a lot of Rabbit Hole's in this unrollrd thread ! Clinton gave control of Panama Canal to China ? Barr was a deep state fixer ? Need to have a cup of tea and read that again ! What do you think it means ?
edit on 9-4-2019 by MountainLaurel because: (no reason given) 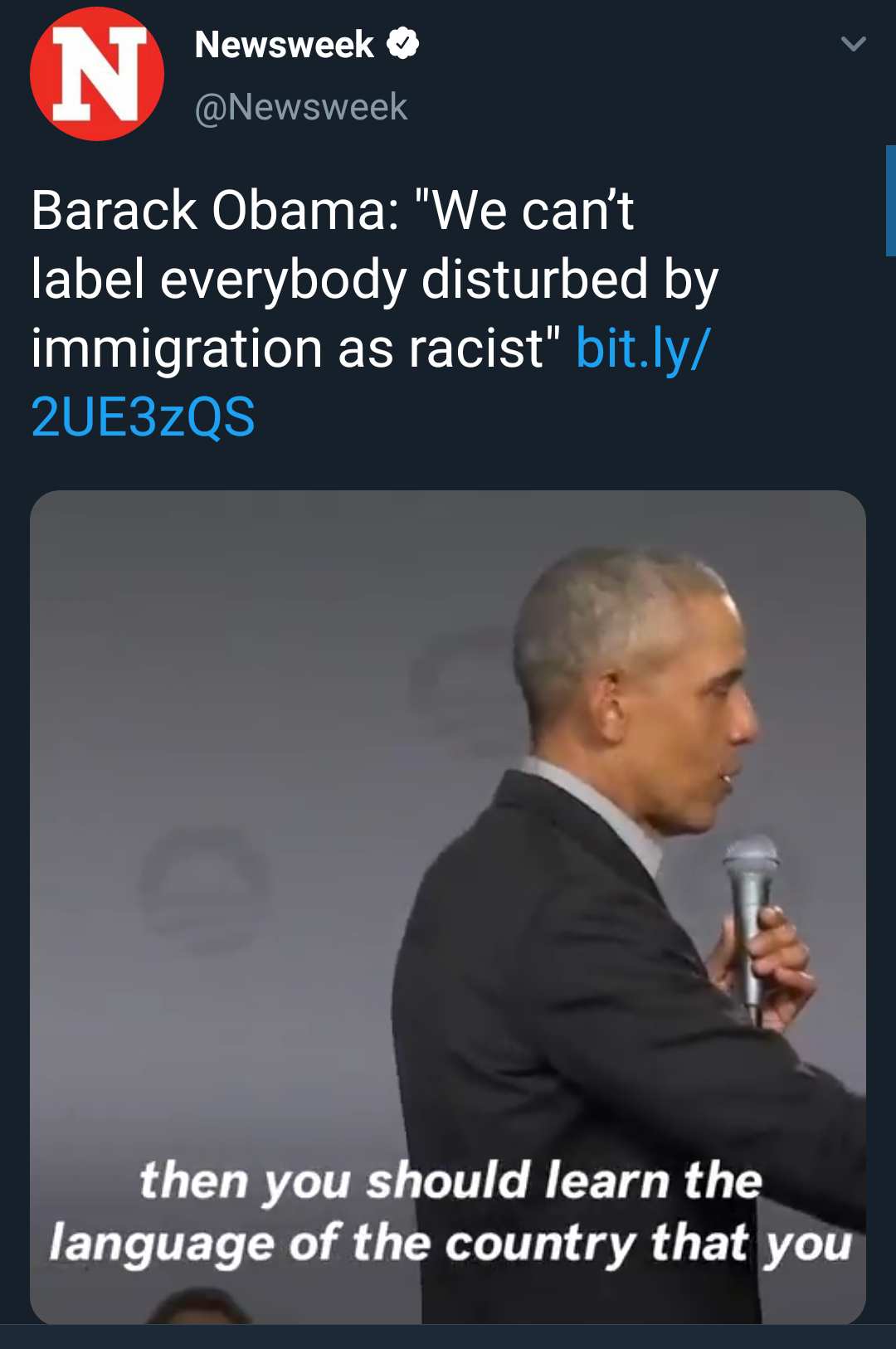 Telling the truth isn't going to help you or the democrats now, way too late.

Just curious...what was the final bid?