The lengths a man will go through for true love

The husband, from Vietnam, and the wife, from North Korea, had to overcome enormous obstacles to be together. Their love was forbidden for decades by authorities on both sides. But eventually, they triumphed.

This story is worth the read. The committee he set up, for love. It just goes to show you what a single person can do if they set their mind to it.
Sometimes we complain about this or that in America. Some say we don't have true freedom. I don't care what people say, I know that we can truly love who we want to here. We really can. There might be some people that don't like it, and won't bake a cake, etc.. but it is nothing like North Korea or other places.


Here is the abbreviated story.
In the 1970's a young man from Vietnam and a North Korean woman both worked in a fertilizer plant in North Korea. It was love at first sight for both.
North Korea is xenophobic and it was risky for him, (Pham) to approach Ri Yong. She liked him just as much. He began to visit her in her hometown. He took several bus rides and walked miles to see her. This was very dangerous for both of them due to the regime.

Pham eventually had to go back to Vietnam. They managed to see each other every so often but it wasn't enough. They even went a decade without contact in the 1980's. Ri Yong was barely able to survive due to starvation in North Korea, yet she pulled through.

Pham couldn't stop. He created a friendship organization between the two countries and even food donation. He was doing anything he could so he could see his love. After all his deeds and goodwill, he pleaded his case to North Korea. Just image that... I can't put it in better words but this is what happened:


In late 2002, after the couple had waited 30 years, North Korea took the rare step of allowing one of its citizens to marry a foreigner.

Could you perhaps sum up the story for those who don't want to click the link? I'll check back later.

posted on Feb, 27 2019 @ 05:52 PM
link
What an amazing story.
To wait 30 years to be with someone, and to have to be scared your government is going to find out about that love.
How lucky they both are, to have found each other, and to finally be able to be together.

originally posted by: chiefsmom
What an amazing story.
To wait 30 years to be with someone, and to have to be scared your government is going to find out about that love.
How lucky they both are, to have found each other, and to finally be able to be together.

They need to make a movie out of it, I would totally watch it.

Thank you for editing to include a summery. It is a beautiful story of endurance and love. I too would watch this if it were a movie. I'd cry buckets, but I would love watching it. Thank you for bringing this amazing story to our attention! 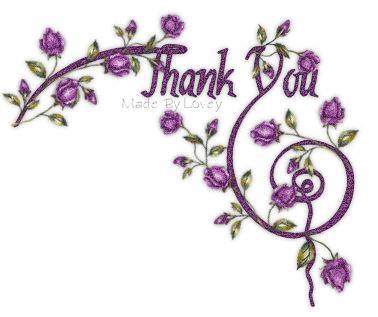 posted on Feb, 27 2019 @ 09:14 PM
link
I got some hard news about a loved one recently. My darling husband cleaned the toilet, bathroom and fridge without being asked to.

Wow! This should be made into a novel or movie! So refreshing to hear such a beautiful story about love.

Look at the information about the benefits of being beautiful and the results of putting these people up on a pedestal. My oldest daughter was very pretty and I constantly kept explaining to her that she cannot get hung up on it, someday she will crash and burn and she should not get hung up on beauty. It is a work in progress, she is accepting she is getting older but the transition is hard on her health, she is not eating enough many days of the week. We need energy to operate, you cannot heal right without proper nutrition and energy levels.


Something unrelated, but is this a sort of discrimination, a form of racism? phys.org...

Yes beauty is a form of discrimination (not racism)
They have done studies to show that slim attractive women and men get treated much better than heavier.

Although your article says a lot of beautiful people lived "charmed" lives, I think the opposite is true too. Some of them have great inner turmoil. I actually had a woman that was a Southern beauty queen in my family. Watching her grow old was painful. To see a 50 year old woman try to look 20 is not a good look. The most beautiful older women embrace their age and are even more beautiful than their younger counterparts.

In my OP I love how the guy was still madly in love with his woman after 47 years!! He said he still feels the exact same way. Now that is beauty, that is powerful.