Millions will be fooled again.

Malevolent lower 4th dimensional. Seeking to inflict pain and misery upon others with hope of surviving and avoiding a metaphysical judgement more direct...

So many people seem mad, either supporters of the current POTUS or non supporters.
Can someone explain the great part to me🤔

originally posted by: MisterSpock
Also, I hate to sound like a broken record, but 1000 rounds of ammo isn't a "stockpile" of ammo.

It's literally a shoebox, in most cases. It's just not a lot of ammo, let alone a stockpile. 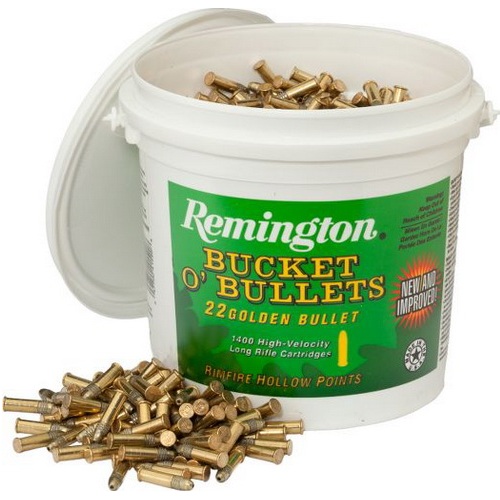 Cost me 100 bucks at a gas station in Montana.

I like the sound of "stockpile" better than "bought"... makes me sound like I got a lot more bang for my buck, as it were. And it has an "edgy" sound to it!!

He wanted to kill EVERYBODY.

posted on Feb, 20 2019 @ 06:41 PM
link
Meanwhile, the human species has developed again yet another weapon to destroy & weaken the species and entire planet.

He wrote letters to the Neo Nazis praising their ideology... Saying we need an all white state... Using racial slurs... And saying g action needs to be taken on officials and citizens.

How this guy made it 30 years in the military without being discovered is beyond me.

Another white conservative terrorist who won't get the 'terrorist" label

posted on Feb, 20 2019 @ 06:50 PM
link
The bulk of these stories turn out much differently when probed for truthfulness. I’ll wait to pass judgement until we hear more. Just cannot trust the press or the left.


Yea, I guess we are all terrorists up here...

I giggle every time the MSM uses the words "stockpile" and "1,000 rounds" in the same sentence.

They really have no clue about what the hell they are talking about, do they?

Maybe they do know though, they've been corrected dozens of times.

Probably it's more like they don't care and want to continue to deceive people.

posted on Feb, 20 2019 @ 06:59 PM
link
this is amusing, watching people deflect and make excuses for this person, had it been your scary "Antifa" can you imagine what people would be saying?

and people are trying to make excuses for him? say it is "fake" and somehow to twist the narrative


man, you all have been exposing yourselves more and more

(post by Lumenari removed for political trolling and baiting)
schuyler


originally posted by: schuyler
If this was a Bad Guy (tm) I'm glad they got him, but this sounds like hysteria to me.

Three months earlier, prosecutors say Hasson drafted an email to "friends" in which he said he was "dreaming of a way to kill almost every last person on the earth. I think a plague would be most successful but how to I acquire the needed/ Spanish flu, botulism, anthrax not sure yet but will find something."

In the same email, Hasson mused: "Start with biological attacks followed by attack [sic] on food supply ... Two pronged [sic] attack seems it might before successful. Institute a bombing/sniper campaign."

Yes, because that kind of s# doesn't warrant extreme prudence. It's just hysteria on everyone's part.

You know folks, it pays to read the articles before posting...

Not the point. 1) It was pointed out specifically that "he read a manifesto." We have freedom to read. 2) It was bought up specifically that he had 1000 rounds of ammo "stockpiled." 1000 rounds is not a lot. 3) I SAID if they got a bad guy, great. Those are important points in the original OP and they represent hysteria.


Yea, I guess we are all terrorists up here...

I giggle every time the MSM uses the words "stockpile" and "1,000 rounds" in the same sentence.

They really have no clue about what the hell they are talking about, do they?

My major point. It's stupid.

Did he act on any of his words? Writing letters to a neo nazi, possessing 1,000 rounds of ammo, keeping a spreadsheet of politicians who you consider traitors, waxing poetically about an apocalypse... none of these are themselves criminal. They'll never manage to convict him on any of it EXCEPT they've got the drug charge, which automatically makes possession of any firearms an additional federal crime. They are publicizing a list of distasteful issues surrounding the man, but ultimately that just seems to be an effort to sour public opinion on him and sensationalize a story which, otherwise, would be bland "Coast Guard officer arrested on drug and weapon charges" end.

They will add "charges" based on these findings, but at the end of the day he's going to prison for illegal possession of Tramadol and human growth hormone while (otherwise legally) owning firearms. Had they found no drugs, this would have ended up with them extrajudicially seizing his firearms while sending him for psych evaluations and, as has historically been the case on federal cases like this, he'd have spent his years in a padded cell jacked to the moon on government orders tranquilizers, unable to coherently speak, let alone defend himself in court while the State explained what a "danger" he was and how he must be kept medicated and in custody so his mental models could be "further analyzed" by criminal psychologists.

We've seen this before.

ETA: I am not defending this dude... he may well be a dangerous individual, but I'm opposed to the media and establishment driven narratives that try to tie the number of firearms, ammo, reading habits, and loosely related Google searches to terrorism when they absolutely have no bearing to the story in absence of the fact he was simply arrested for possession of controlled substances.
edit on 20-2-2019 by burdman30ott6 because: (no reason given)

posted on Feb, 20 2019 @ 07:29 PM
link
You mean to tell me that when a faction of extremists in government and the media are attempting to wildly and unnaturally alter the course of civilization there is an equal extremist reaction on the opposite end of the spectrum?

Oh yeah, anyone with two eyes and a brain.

Just remember. The radical left, which is the mainstream left now, is pushing these examples of extremism on the right (in a lot of cases even outright fabricating them) for one purpose. To justify and cloak their own extremist agenda. It is classic sleight of hand. Look at this hand over here while I deceive you with the other hand. They need these boogeymen to be real or they can't achieve their own clandestine aims. It is the same BS that has been used throughout human history to invade countries, discriminate against groups of people or even outright carry-out genocide.

The media is, of course, going to blame Trump. But this has been in the works long before Hillary, the DNC and the media put Trump in the White House. If you remember, Obama was beating this war drum when he was still in office saying repeatedly how white nationalism is the #1 domestic terror threat despite little to no evidence of this being the case.

Funny how when one of their own actually carried out an act of extremist violence and opened fire on a baseball field where our nation's congresspeople were gathered that incident is swept under the rug and never cited again by news sources when talking about examples of extremist violence.

Funny how when one of their own actually carried out an act of extremist violence and opened fire on a baseball field where our nation's congresspeople were gathered that incident is swept under the rug and never cited again by news sources when talking about examples of extremist violence.

You mean a Bernie Sanders supporter with a list of people on the right that he wanted to kill who took the time and energy to attempt to assassinate Republican politicians shouldn't be compared to a guy who wanted to kill everyone on the planet with biological weapons?

Nah... Orange Man Bad, all Deplorables bad is the narrative.

Everything else just isn't news.