CERN, The Gotthard Base Tunnel And The Dark Artwork Of Alien Creator H.R. Giger


CERN just revealed plans to build a particle collider four times the size of the LHC (Large Hadron Collider) and Elon Musk already signalled his interest to build the 100-kilometer (62 mile) tunnel for the project. If you are on ATS you are probably familiar with theories that claim the LHC's true goal is to open a portal to other dimensions or (parallel) universes. Occult rituals, satanism and demons are frequently mentioned together with CERN or LHC.

In 2016 the Gotthard Base Tunnel was opened with a ceremony that according to some was full of dark occult symbolism. It is a railway tunnel through the Alps in Switzerland. With a length of 57.09 km (35.5 mi) it is the world's longest railway and deepest traffic tunnel. The combined length of all its tunnels, shafts and passages is actually almost three times as long: 151.84 km (94.3 mi). Its maximum depth is 2,450 metres (8,040 ft) beneath the surface.

H.R. Giger is most famous for his artwork behind the movie Alien, for which he won an Oscar. Most of his art is dark and disturbing, some of it prominently featuring occult and satanic symbolism. He also had a lifelong fascination with trains and tunnels.

The Mystery of San Gottardo was a concept for a SF movie Giger had developed in the 70s.

The story concerns a race of biomechanoids created by a military organization. The premise: your arms and legs are slaves that do your bidding, but what if they have a mind of their own and were set free? Ink drawings depict the disembodied parts attacking their creator (Giger's self-portrait) in the San Gottardo border tunnel

There is a short dream sequence in the movie Species showing Sil trying to escape a nightmarish ghost train designed by Giger. link It is a scene that evolved out of The Train: the Ridley Scott-HR Giger movie that never was.

But the perhaps strangest of all was a concept for a Swiss underground train system in the form of a giant pentagram. This one makes me think of the conspiracy theories surrounding Denver International Airport with its strange apocalyptic murals and rumored D.U.M.B.S.

A long-running idea of Swiss transport planning has been to connect all major cities in the country with train tunnels - the Swiss Metro. Giger was asked to produce concept drawings for the Swiss Metro, and came up with something that would definitely be quite striking if it was ever built. 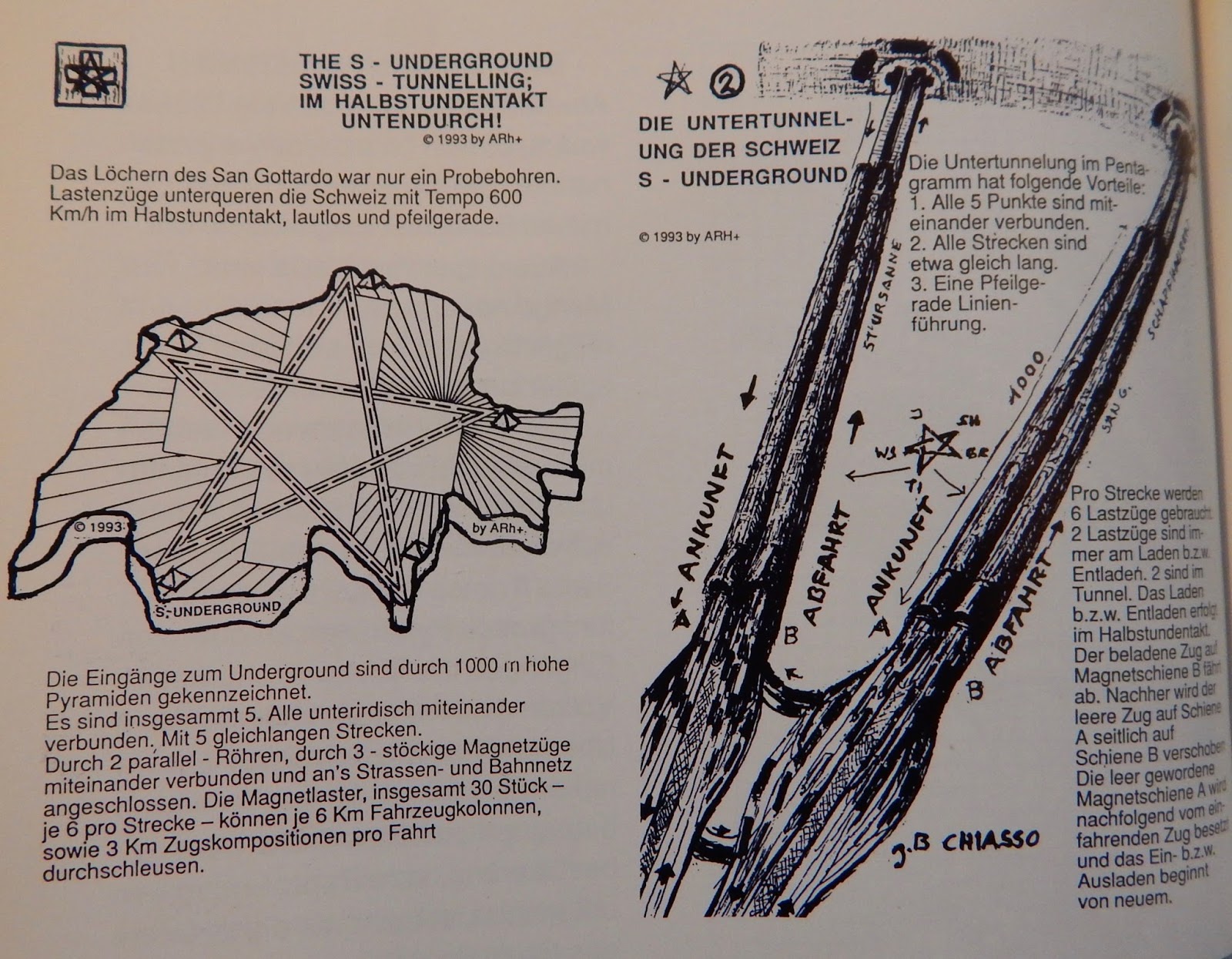 As you can see the pentagram tunnels through the whole of Switzerland. At each corner marking the entrances Giger envisioned huge pyramids with a height of 1000 meters (3280 feet) each. He described how these should be built from shipping containers adapted to housing. It should ge noted that Giger studied architecture and industrial design at the School of Applied Arts in Zürich. If you have any doubts about the intended meaning of the pentagram in this design do a picture search for Giger Necronomicon or Giger Baphomet. Warning: some NSFW results! 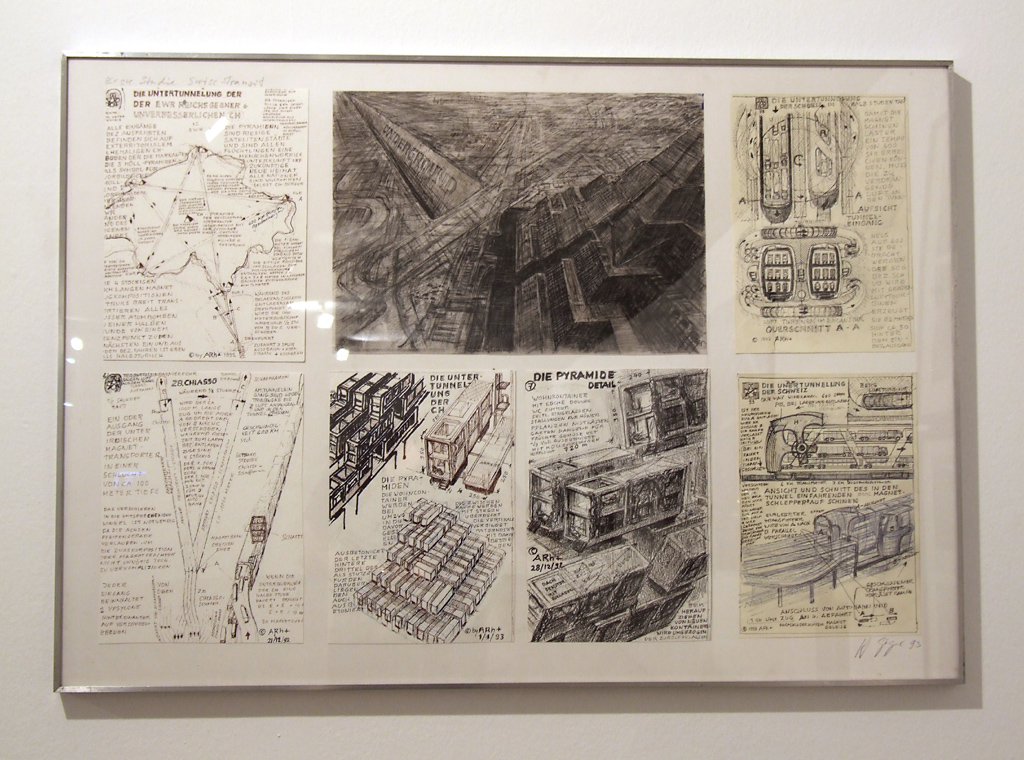 The trains Giger depicted in his annotated sketches are triple decker maglev trains with each deck having enough space to fit three rows of trucks side by side. The scale of the thing! Each of these trains would have a length of 1000 meters (3280 feet). The lowest decks would actually hold 3 rows of normal sized trains and the two upper decks trucks.

According to one of the sketches one point of the star would be located in the vicinity of Chiasso, borderering Italy. It would connect to two other points of the star. One is Schaffhausen, borderering Germany at a distance of 210 km (130 mi), the other is St. Ursanne, borderering France at a distance of 220km (140 mi). All five lines combined could probably be tweaked to measure 666 miles (about 1070km). Giger suggests 6 maglev trains per connection. 2 travel, 2 load, 2 unload at any given moment. 30 trains for all of the five pointed star. Travel speed: 600kmh (370mph).

I wrote maglev but strictly speaking Giger refers to a system of magnetic sleds that carry the giant trains. The Giger sketches were done in 1993, some of them possibly earlier.


Consequently, CIA Headquarters beneath Lake Geneva is only accessible via underground trains from CERN, and via submarines which travel through a 275 kilometer (170 mile) subterranean tunnel which evidently begins in Genova, Italy, and ends in Lake Geneva.

I wrote maglev but strictly speaking Giger refers to a system of magnetic sleds that carry the giant trains.

This is the exact same idea Elon Musk has for his hyperloop travel system under Los Angeles. High speed sleds that attach to the vehicle and move at a very high rate of speed. Musk was mentioned earlier in the post, as well. Funny how all these things tend to tie into each other if you look hard enough.

Consequently, CIA Headquarters beneath Lake Geneva is only accessible via underground trains from CERN, and via submarines which travel through a 275 kilometer (170 mile) subterranean tunnel which evidently begins in Genova, Italy, and ends in Lake Geneva.


I read something the other day, totally unrelated to the CIA, that said the Reptilian aliens base of operations is at the bottom of Lake Geneva. It said if you go there and watch closely, you can see them coming and going into and out of the lake. Probably B.S. but interesting none the less.
edit on 23-1-2019 by PokeyJoe because: (no reason given)


In 2016 the Gotthard Base Tunnel was opened with a ceremony that according to some was full of dark occult symbolism.

According to some?
ACCORDING. TO. SOME???
Let me just ask you something.
Have you SEEN the opening ceremony for that tunnel?

If you're like me, you're probably thinking (or WERE thinking before you saw it, for those of you who have seen it) that all you're gonna see is some guy with a big pair of scissors cutting a big ribbon, and maybe someone standing somewhere in the background has a vaguely Masonic or other emblem on their shirt, hat, necklace, etc, or something of the like, and that is what is being called "dark occult symbolism".


Let me just be the first to say, "According to some..." is putting it LIGHTLY. I'm pretty sure almost every person who has seen this says that its "full of dark occult symbolism". At least 90% of people who have seen it must think that, I'm guessing.

Of course, it is overtly "Pagan", in accordance with the traditional Swiss heritage, sooo... you know... technically it's not Satanic, buuut... you know. It's Satanic. Probably.

The Master of the Ceremony, or the "main character" in the ceremonial display, or whatever his official title was, is a "Pan-like" bare chested masculine creature, I think painted red, with 2 thick, curling, dark horns coming out of his head, and I believe he had the "woolly" (hairy/furry) legs and hooves as well.

Sooo... if you watch it, I think "dark occult symbolism" is extremely fair and accurate. Whoever these "some" people are, they seem to be an insightful, clever bunch. 👍

Excited to check out the rest of the OP now. 🍻

EDIT- Found a video of it. [OTHER EDIT- IT MIGHT NOT BE THE RIGHT VIDEO OR MIGHT NKT BE THE FULL VIDEO, IM LOOKING INTO IT . IM ON MY PHONE PLEASE BE PATIENT. Also, ignore the preview image. It did not appear anywhere in the video.]

Some speeches at first, and interestingly a line of holy men around 4:14, including what appears to be a Catholic priest performing some ritual with sprinkling of holy water. I only say it briefly as I was skipping through to find (and report back to you) that the action (as in the actual bizarre "ritual/performance") begins at about 14 or 15 minutes in.


Ok so I could not find any official versions, so, I'm just gonna post 1 other versions to attempt to ensure all the content is here for others to view. The problem with the video above is that I remember a lot more activity happening outdoors and that video barely had any stuff happening outside.

This next video, while it does contain plenty outdoor stuff, appears to begin 2 to 4 minutes or so AFTER "the action starts" as I described in the FIRST video, so you wont see the catholic priest and other holy men lined up either. Also, as I jumped around on the timeline of this video, it seemed evident to me that this 2nd video must skip some stuff in the middle as well.

Well spectacles testicles brandy and cigars for you,, This all sounded very familiar..

Well i have seen it now for the first time....and wow... That was one strange dark ceremony

Great thread. I have more reading to do at the links but I hope to have something more insightful and interesting to say later on.

In 3n19's video of the ritual you see the opening of the Hadron collider. 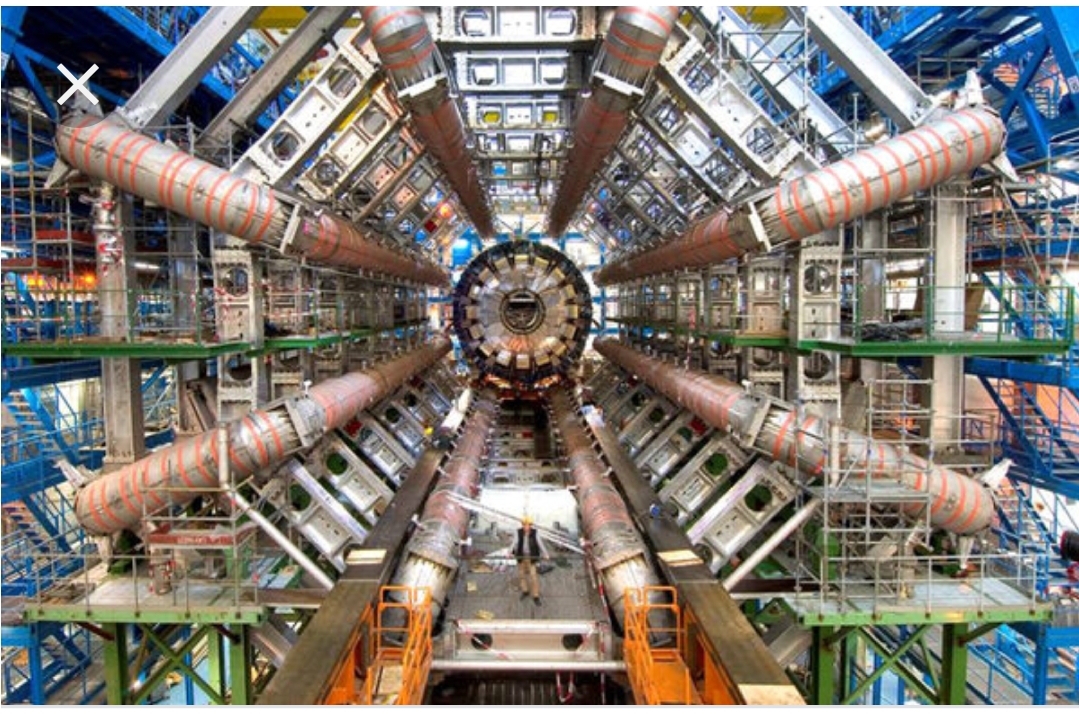 I believe it is really an 8 pointed star/sigil of chaos. 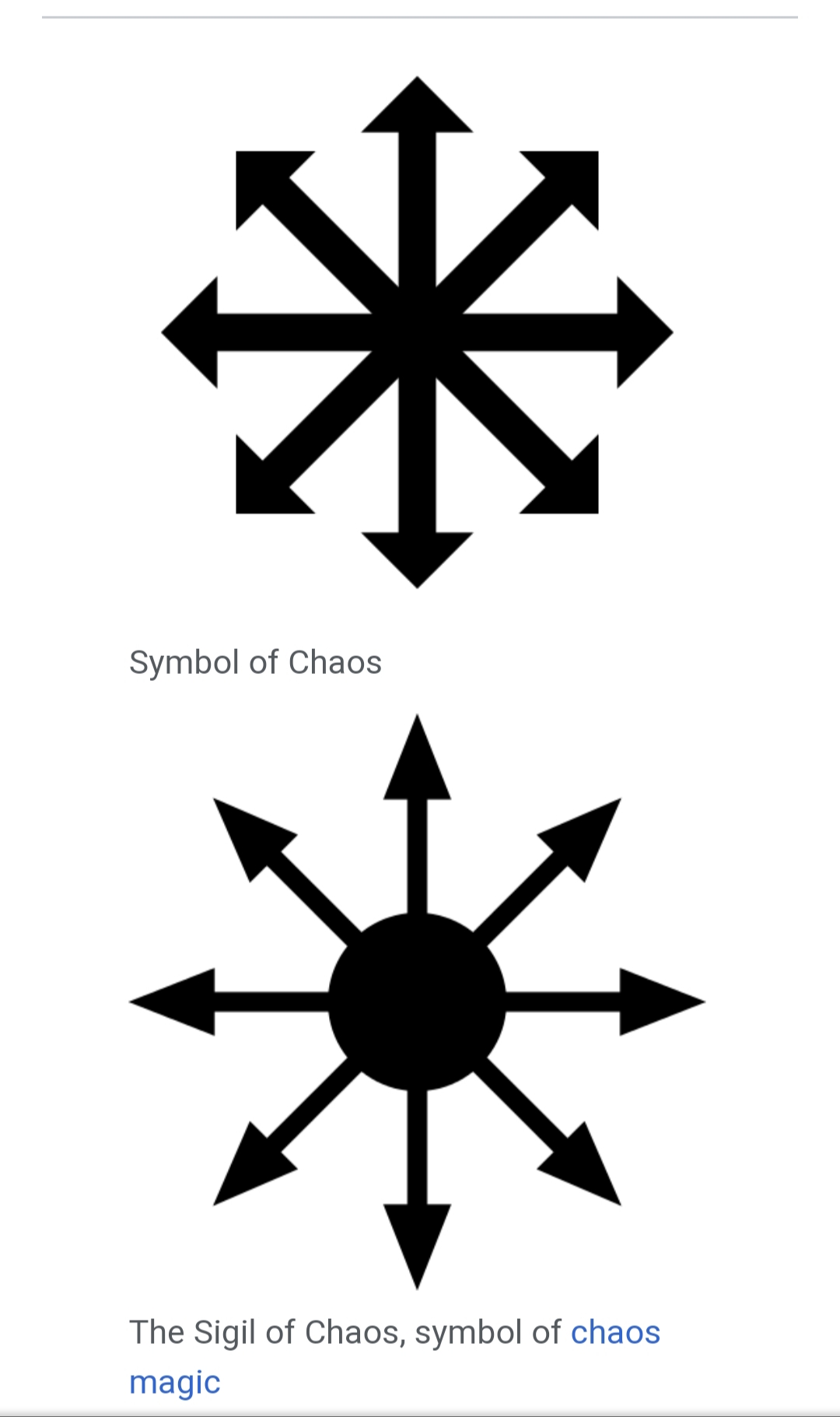 Here is another example of the eight pointed sigil/star. 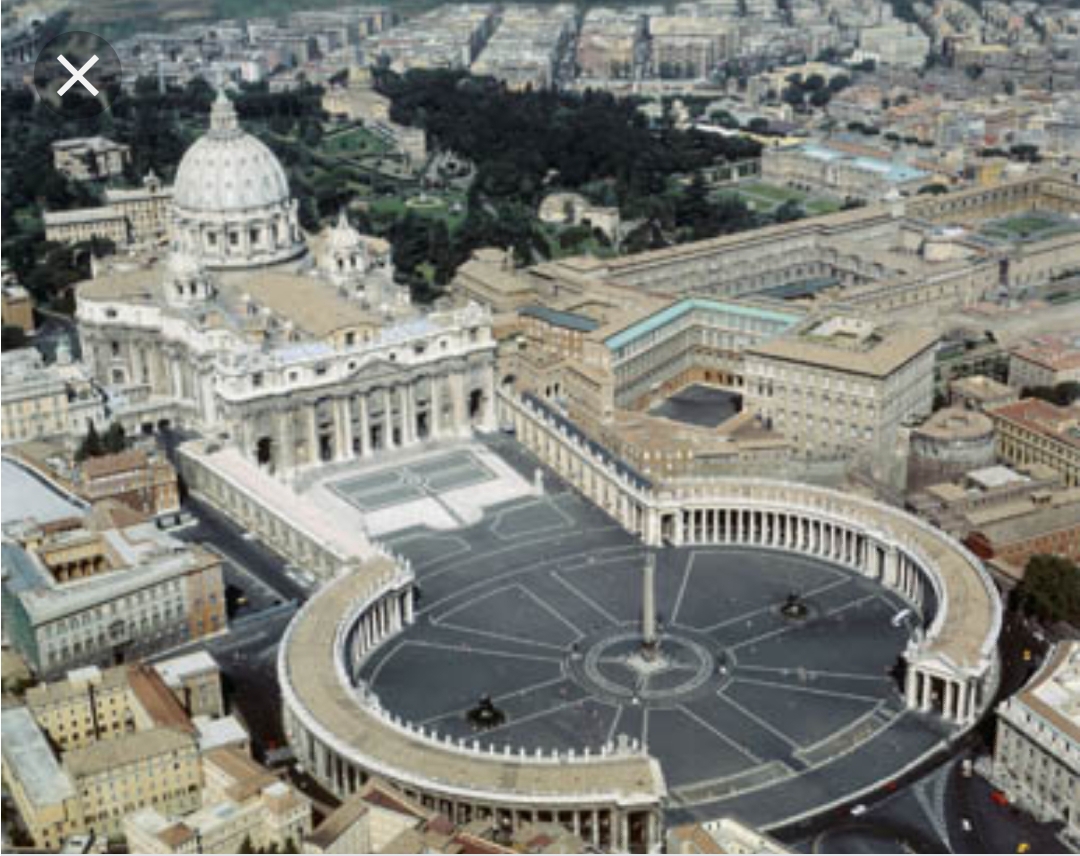 The CIA has some deep roots in occultism. 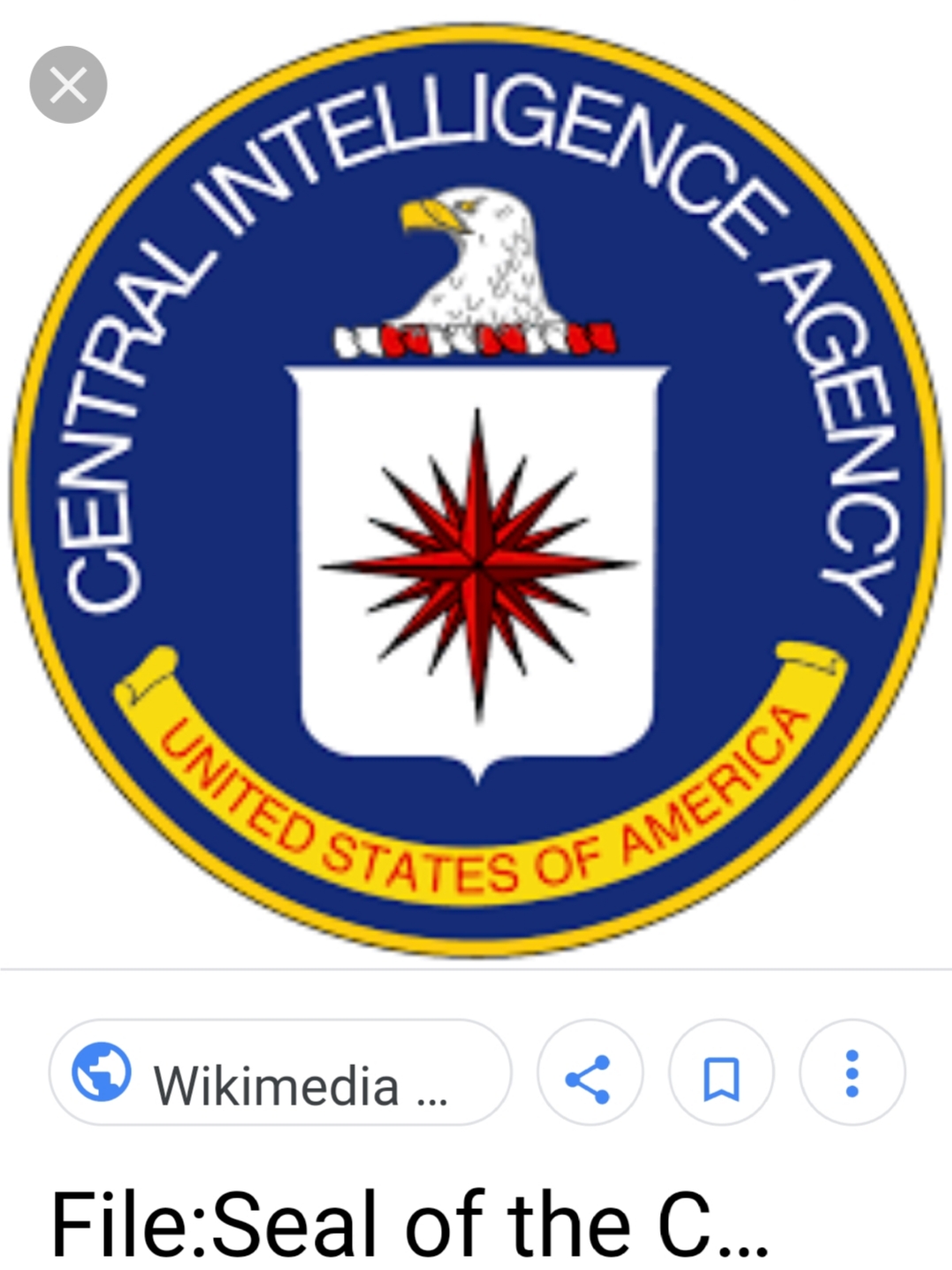 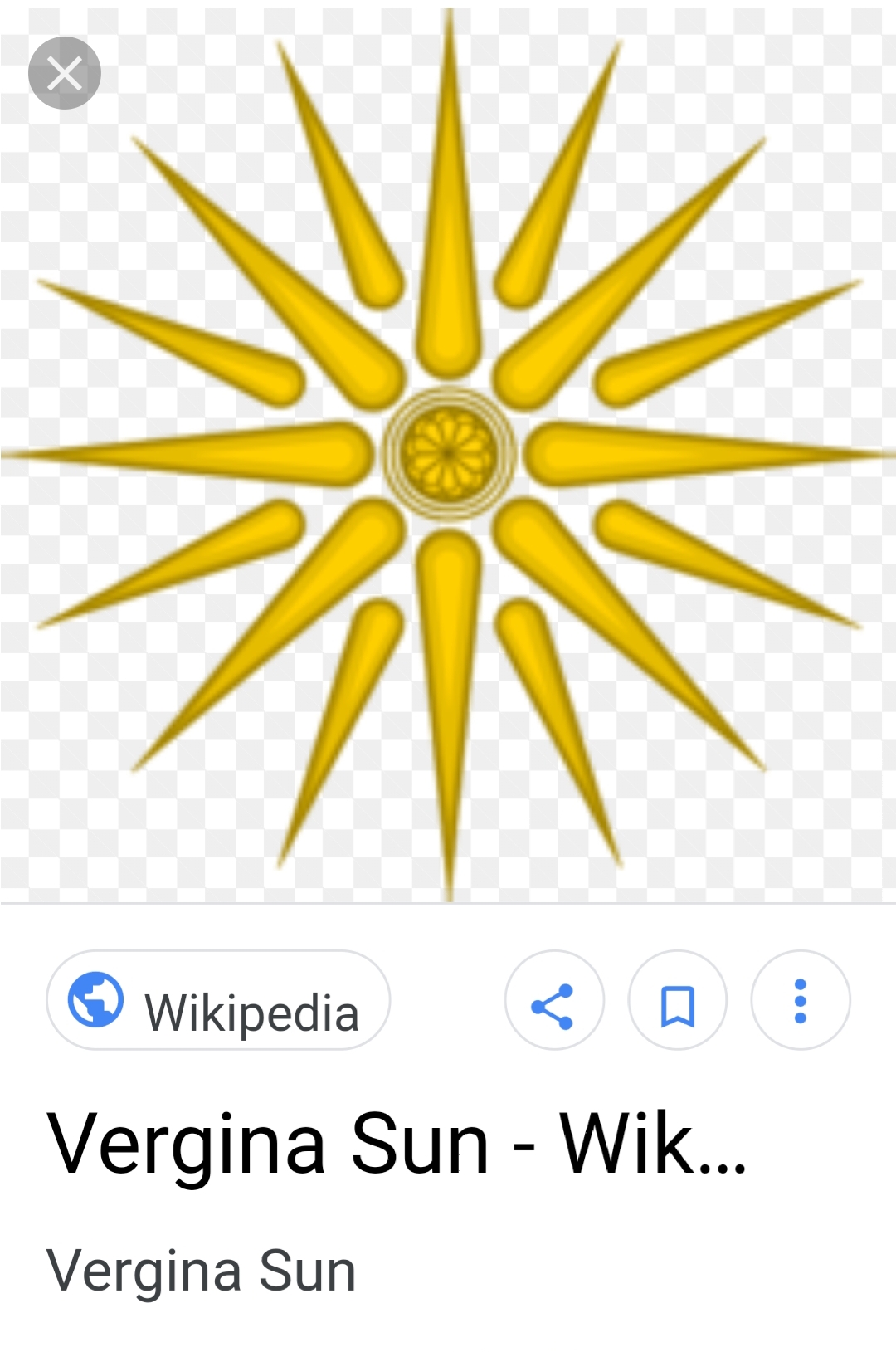 This is on an alter in a Catholic Church. 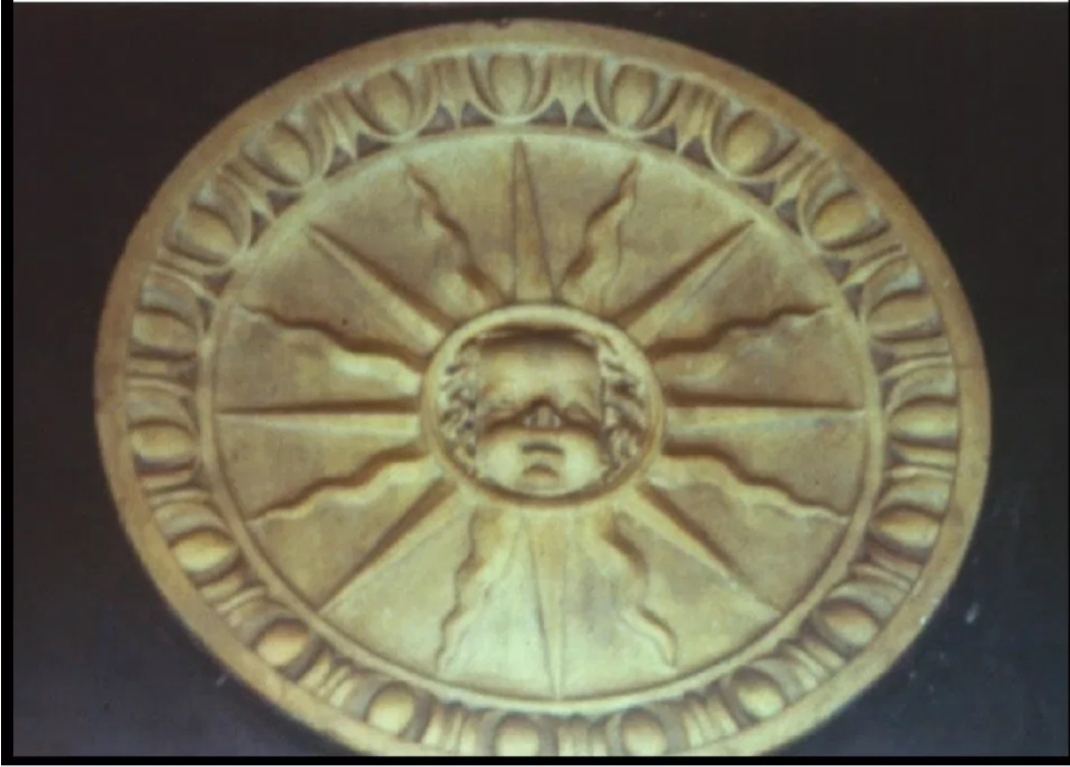 Wow, I was just looking at this
truthernews.wordpress.com...

And I thought, a lot of stuff on that site seems too weird for me at the moment but for some reason I felt there were at least some nuggets of truth in this article about the CIA and Switzerland.

I had the exact same reaction. I first came across this guy when I did further research for the Greenland Disclosure Pattern after I had already written the three threads I have done on the topic so far. He made a whole website dedicated to Greenland Theory - Apocalypse Now which can also be downloaded as an ebook. He wrote that in 2013 .

I am convinced he is on to something. He either knows stuff and tries to pass as bat# crazy for his own protection or he is bat# crazy but with great intuition. Actually there is a third possibility - he could be part of a disinfo campaign - but whichever it is some kind of disclosure seems to be coming and Greenland and possibly also Switzerland play an important part in the narrative.

I want to make sure I'm not misled and I know your knowledge is quite vast, so, you wouldn't mind helping me and other naive minds, would you?


The thread has.
The OP has not.
Done
Next

posted on Jan, 25 2019 @ 12:44 PM
link
haven't watched it all yet but this seems to be the full ceremony with the missing parts from the OP's link. Has indoor and outdoor.

I have to agree with MBSC's first conclusion. Personally I believe they hide everything in plain sight and wrap it up in comedy/sci-fi/movies/artwork/music.

H.R. Giger exposes many things with his artwork without saying anything at all.

I really want to believe the officials and people who work there had the same 'wtf is this' in mind.

One of the most technologically advanced projects in the world had THIS as it's ceremony?