posted on Nov, 10 2018 @ 02:42 PM
link
Orson Welles leaves behind a prolific, fascinating, and yet still largely underappreciated legacy. When he died in 1985, the media mostly billed him as a has-been who squandered talent on booze, women, and ineptitude. However, Joseph McBride, who was an actor on the set of Welles final film, left unfinished when he passed away, contends:


The story of the last fifteen years of his life is a saga of untiring work, dedication, creativity, and indomitable courage in the face of overwhelming obstacles placed before him by a society that tragically undervalues its great artists.” (p. 26)

Welles’ early years were marked by tragedy, adventure, uncertainty, and restlessness. His parents divorced when he was very small, after which his father turned to alcohol and stopped working. He lived with his mother until her untimely death just after his 9th birthday, resulting in his moving from home to home, at one point being swept off on far east travels by his unsteady father before finally enrolling in school and achieving some sense of normalcy. He had very little concept of home; responding once in an interview to the question “Where is home?” with,
"I suppose it's Woodstock, Illinois, if it's anywhere. I went to school there for four years. If I try to think of a home, it's that."
en.wikipedia.org...
Welles’ father died when he was 16 leaving him with crippling guilt over their last exchange.
(Details in linked article) He used some of his father’s fortune to travel to the UK, where he played on the stage in Dublin. He returned to the U.S. when unable to gain a work permit in England.

He was 23 when his name first caused an international stir and was seen flashing across the lighted bulletin at Times Square-- ORSON WELLES CAUSES PANIC-- all due to his brilliant reading and radio adaption of War of the Worlds which led a (now disputed) number of listeners to believe the United States was under attack.

While foreign observers took the incident as an indictment of the state of the American populace, American critics chose instead to point their fingers at the production itself, leading Welles’ subsequent and possibly career-marring enemy newspaper mogul William Randolph Hearst to call on broadcasters to censor themselves lest the government interfere and do it for them. We will find that Welles was a staunch and articulate defender of free speech, while Hearst and his ilk (J. Hoover among them) did much in the way of stifling free speech in the name of patriotism and anti-Communism.

Evidence may suggest the War of the Worlds debacle was a sensationalist press taking a story and grossly exaggerating the effects in order to profit and score a below-the-belt hit at the radio industry. Indeed,


Later investigations found much of the alleged panicked responses to have been exaggerated or mistaken. Cantril's researchers found that contrary to what had been claimed, no admissions for shock were made at a Newark hospital during the broadcast; hospitals in New York City similarly reported no spike in admissions that night. A few suicide attempts seem to have been prevented when friends or family intervened, but no record of a successful one exists. A Washington Post claim that a man died of a heart attack brought on by listening to the program could not be verified. One woman filed a lawsuit against CBS, but it was soon dismissed.


Three years later Welles co-wrote, produced, directed and starred in Citizen Kane, which is still hailed by many as the greatest of all time (no small feat to be mentioned in this aspect). Welles’ first film may very well have severely stunted his career in such a way that consistently frustrated his artistic endeavors. According to McBride (among others), the film, which was inspired in part by Hearst’s life/empire,

brought down “the wrath of a whole powerful network of right-wing red-baiters, including the FBI, the Dies committee, and the American Legion, all of which were allied with and supported by the vociferously anti-Communist publisher.”


Indeed, despite no evidence of his joining the Communist party, Welles was


listed as a Communist on the FBI’s Security Index. That little-known roster gathered the names of people who supposedly represented threats to national security. Originally the Custodial Detention Index, it was designed by Hoover to facilitate the rounding up and detention of alleged subversives during a national emergency. Welles’s name was on the Security Index from 1945 to 1949.

That an artist known as having produced one of the greatest films of all time was ever in danger of being rounded up and detained as a subversive is fascinating. And despite his having associated with known leftists and socialists in New York (he always disavowed Stalin) he was always just avidly and boldly anti-fascist, staunchly pro freedom of speech, and a creative, wicked satirist. More from the article linked at the bottom of this post:

What Ever Happened to Orson Welles? sets the record straight in another important regard. It emphasizes Welles’s artistic and political radicalism, which has been downplayed by numerous biographers, in some cases with Welles’s own help. As McBride notes, “Despite Welles’s later defensiveness about his political evolution and his general aversion to polemics on stage or screen, his artistic career...was always profoundly radical.” (pp. 46-47)

An example of his radical thinking (which I love him for):


Welles was involved in a group for radio called the Free Company, made up of progressives who were doing programs about civil liberties and similar issues. And Welles did a radio show that he wrote and directed called His Honor the Mayor, which is quite sophisticated because it’s about a town in which there is a fascist organization, kind of like the Ku Klux Klan, and the mayor defends their right to freedom of speech and freedom of assembly.
Welles is saying in America we can’t deny anyone the freedom of speech whether we like their politics or not. It was a clever of way of defending basic rights even for our enemies.


www.wsws.org... (TInterview of Joseph McBride, who worked with Welles on his last and unfinished film, about McBride’s book What Ever Happened to Orson Welles. I hope the source-- World Socialist Web Site-- does not scare you off )

Orson Welles, under mounting pressure and diminishing opportunities, left the country in 1947 (according the the FBI files, available online) for Europe. His file was closed in 1956.

I hope (after all this reading) you take the time to read the linked article, parts one and two, for absolutely fascinating reading. 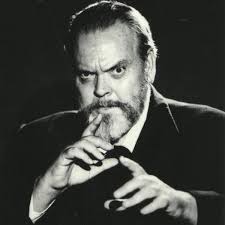 Welles' Voodoo
Joseph McBride points out Welles' delightful mixture of high intellect and low brow comedy, both of which can be seen in the following clip of Peter O Toole and Orson Welles discussing Hamlet (my inspiration for this thread)
At 6:24 Peter O Toole calls Greta Garbo "the original Svetska raving dyke" at which Welles erupts in such raucous and contagious laughter, it's hard not to crack a smile upon seeing:
www.youtube.com...
edit on 10-11-2018 by zosimov because: (no reason given)

posted on Nov, 10 2018 @ 02:58 PM
link
Sigh... Welles is (was) amazing, but concerning his scrutiny by the FBI, why do the great people always catch the attention of small minded fascists in positions of power?

Most who have a heart and mind detest the unbalanced distribution of resources and the suffering and wasted potential it engenders, and are then branded "communists" in a lazy effort to shut down discussion (or revolution) and keep the status quo. Most are not actual "communists."

Then again, propaganda and harassment is only used against those seen as a threat.

posted on Nov, 10 2018 @ 03:13 PM
link
Great thread and Orson Welles truly was a genius of very exceptional talent. Interestingly enough, there is intriguing evidence that War of the Worlds broadcast was a test in social engineering/psyops.

I wish I had time to pull up sufficient material but I'm multi-tasking today. I don't know the two chaps in the video below but they seem like they might know what they're talking about in this regard or at least point in the right direction for anyone interested in the theory.

Any serious study of film/filmmaking always makes note of Welles and on a personal note I watch Citizen Kane at least once every year and it's the only film that I do that with.

Thanks for a fantastic thread, Zosi!!

There were some rumors, that he had a half-brother, that did a few cowboy movies, back in the day.
A certain: " 'Orse'n Wagon "...
But not sure of any kind of proof, so: you know, just rumors, and all...

posted on Nov, 17 2018 @ 05:23 PM
link
a reply to: zosimov
Just watched A Final Cut For Orson: 40 Years In The Making, a short documentary about Orson Welles last film The Other Side Of The Wind.


It's about a Hollywood director who emerges from semi-exile with plans to complete an innovative motion picture... a film within a film. It's like a less structured version of Terrence Malick's the Knight of Cups but no less intriguing, instead of a screenwriter a director.