originally posted by: introvert
a reply to: OneArmedBandit

edit on 15-9-2018 by IgnoranceIsntBlisss because: (no reason given)


originally posted by: introvert
a reply to: OneArmedBandit

Things people would be buying anyway.

Oh well. Weatherman faked the severity of his situation. Not surprised.

There are people on this website that use fake dramatics to sell their threads and narratives.

It's something that people tend to do.

Have you ever been where the WC screams the eyewall is going to hit? It becomes total pandemonium, gas stations selling out of gas, ice, drinks. Home Debit & Lowe's selling out of plywood, batteries, and so on. Same snip at all the other stores that have cross over items. Long ass lines everywhere. People being rude, cutting each other off, every man for himself BS starts setting in, road rage, even armed confrontations can happen...

Then the next day it #s 50 miles north, which might not seem like a lot, but on our penninsula its 'major'. Hell we even shift USDA climate zones every 50 miles here.

So then it eventually comes and after all that, a lot of people screwing their budgets up for example, and the power doesnt even go out, or not for more than 12 hours. Then all that stuff is out of stock for days maybe weeks, and some of that stuff people actually need the actually use that stuff and cant get it. Including gas.

Hurricanes are all about the eyewall as much as they are about the strength, aside from freak locales and flooding instances, and the coastal floodzone properties of course. And where they (the eyewall) hit yes you should board up, and then get the hell out. We're talking maybe a 20 mile wide area for about 50 miles inward. For everyone else its fill containers with water, and freeze a cooler full of blocks of ice, and buy beer, and throw a party.

Instead their fear mongering causes massive upheavel, MILLIONS of people hitting the road in total panic, potentially to their own peril considering their car might need work before such a trip. People get stranded in tough places for the storm. Or messing up their food budgets for the month after they splurge spend on crap they didnt need, or set themselves up to miss days of work they actually didnt have to. All sorts of unpredictable, 'unintended' consequences comes from this sort of BS hype machine.

edit on 15-9-2018 by IgnoranceIsntBlisss because: (no reason given)

ha ha ha this post actually made me laugh!!

LOL! You beat me to it. This is the song the goes through my head every time I see stuff like this. I had a dear friend who taught journalism at the local uni when this came out. He played it the first day of class to every class he taught. Then he would ask the class: How did Don Henley get this idea for a song?

This was really just acting to make the floods more dramatic.

It was cute, however, when the guy was carrying him, and the dog's feet were going like he was swimming. That instinct in dogs held over water is so cute.


Well they have to sensationalize these hurricanes as being "unprecedented" , "biblical", "once in a lifetime" that way they can push the global warming lie that storms are the worst they have ever been.

Hahahhaha yep, sure is good catch!

This is funny but sad. Reason being is some people are stil going to buy this crap.
All news is pretty much like this. Anyalist that have to be told what to say so it matches the talking point set out by TPTB. Congress the same. These people forgot how to think on thier feet. BS is BS I guess.

I love when msm is exposed this way. The saddest part is how many people watching probably bought this bs, even after the pedestrians casually walked by. 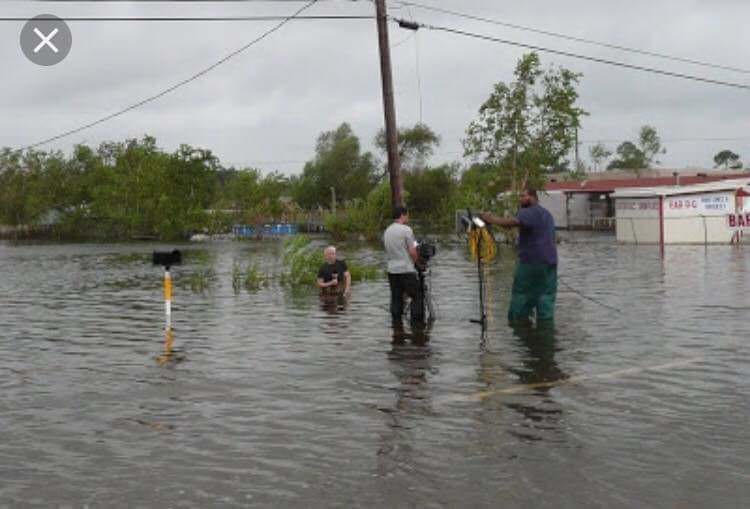 originally posted by: introvert
a reply to: OneArmedBandit

It also gets people killed...

You find that acceptable?


Well they have to sensationalize these hurricanes as being "unprecedented" , "biblical", "once in a lifetime" that way they can push the global warming lie that storms are the worst they have ever been.

Just like they sensationalize the migrant crisis in Europe ,its infotainment it needs to be jiucy to suck people in.

Awwwwww man!!!
Why did you ruin my fun little fantasy by bringing the facts (truth) to my attention!!! Honestly, I was basking in the ignorance!
Thats pretty cool how you noticed the days long commercial. I fully believe these "storms" can, and are, fabricated and controlled by some crazy, nwo, mossad, cia type of group.
Please!!!
No one take that away from me for right now! 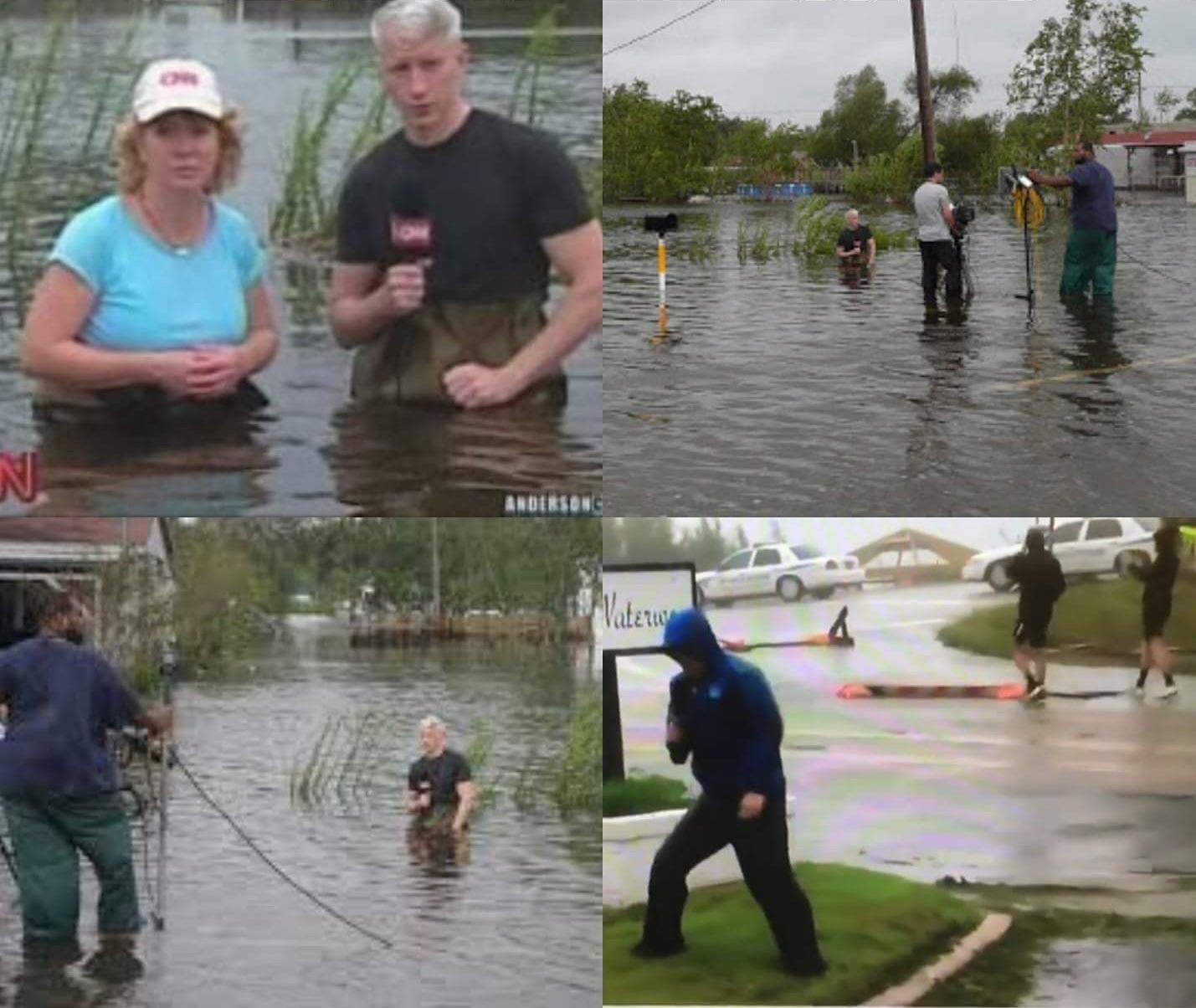 Thanks - You made me laugh watching that video