Thanks for the analysis. What a mind job. 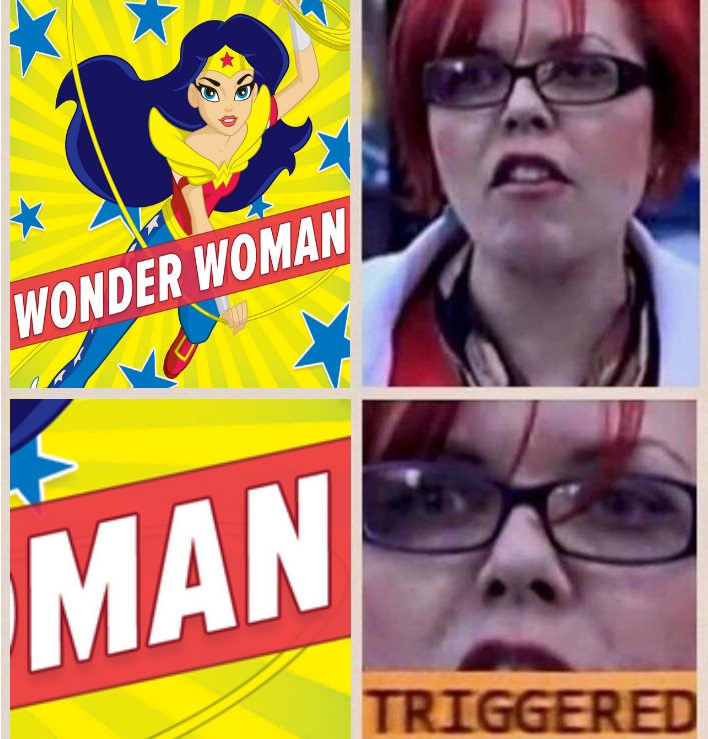 originally posted by: loam
a reply to: Morrad

The left likes to present themselves as a unified group. But clearly, they are not.

It's never a good sign when they start railing against their own for the requirement by some that they should all share in the hive mind.


You only have to look at how animal rights activists and environmentalists bicker over which has more rights; A breed of minnow eating a rare algae or the algae itself.

originally posted by: face23785
And the real Nazis strike again.


originally posted by: face23785
And the real Nazis strike again.

[sarcasm]Yeah because this kind of stuff only happens on the internet. The kind of people who would harass her online for preferring to be called a woman must be totally cool in real life. They're not insufferable authoritarian scum. [/sarcasm]

That doesn't work anymore, now I just call them all cute kid. I also do not like that they took the tag off the back of the underwear, it used to be a nobrainer to put them on in the dark or half asleep before. The washing machines and dryers also seem to be designed to put them inside out all the time now too.

I think it is getting to be an evil society where you have to be able to think before you speak these days. They do not give you hints of what to say anymore.
edit on 12-7-2018 by rickymouse because: (no reason given)

No problem. The value of titles is also apparently linked to how short the word is, so from now on, I shall be known as "A". Hope that doesn't confuse anyone, a wouldn't want to freak out.
edit on 12-7-2018 by KatWouldKillYou because: (no reason given)

posted on Jul, 12 2018 @ 09:04 PM
link
I don't need special label to define myself as a woman. I was here first, recognized as what I am first. As such, the usual words should be sufficient. I'm sorry if they get all butthurt when we reject being hung with their made-up words as if we're some new and outlandish phenomena outside the norm that needs a descriptor hung on us to differentiate us from the norm.

She should have told them to stuff it. I will not accept such a stupid term, either. How dare these hypocrites demand people use whatever labels they choose, and also tell others they can't do the same?

Not at all surprised by the reaction, though.

originally posted by: ketsuko
I don't need special label to define myself as a woman. I was here first, recognized as what I am first. As such, the usual words should be sufficient. I'm sorry if they get all butthurt when we reject being hung with their made-up words as if we're some new and outlandish phenomena outside the norm that needs a descriptor hung on us to differentiate us from the norm.


I agree. Who is anybody to tell me what I should call myself? The definition of woman should be sufficient and is for me. I do wonder why it is cis-woman or cis-man and not cis-gender since there has been such a push to not specify which gender you are these days and would match transgender. Starting to really loath this made up and manipulated brave new world.

posted on Jul, 13 2018 @ 05:17 AM
link
I love that the irony of enforcing a label upon someone in this case.
Hell the left used to be about stopping folks labelling people like this, now they enforce it.

I miss the proper left, the one that cared about freedom, equality of opportunity and all that outdated stuff.

If i'm a man who was born a man and identifies as a man I have to be a CISMAN so others know it???

So I have to change my label so your not confused??????

So now a man can be anything that identifies as a man except a MAN ?????

Sorry keep your mental health issues to yourself.

This this is tired of this.

(post by ArmyOf removed for political trolling and baiting)
elysiumfire

'Cis' is actually a prefix to clarify the term with which it appears, but 'cis' in itself is utterly meaningless. Is it an acronym?What do the three letters stand for? Who coined the concept?

Obviously, the debate on using something nonsensical to imply sexual orientation rather than actual gender orientation is pretty disingenuous. In my (ignorant?) understanding there were only two original classifications for gender, and they were male and female, both predicated on which type of physical sex organs one was born with.

However, for many people, there was/is a psychological disconnect between what they 'feel' themselves to be and the physical sex organs they present with. I cannot attempt to encroach on this aspect, because I cannot in myself feel what is is like to feel as a male (allegedly) trapped in a female's physical body, or a female (allegedly) trapped in a man's physical body. Even as an empath that experience is denied to me.

What I do believe to understand is that being gay or non-gay are not aspects of this particular debate, which centres entirely around 'gender' and the two aspects gender represents, i.e., male or female. There are no other aspects in between. One either resonates with being male, or with being female. There are no shades or hues between gender, it literally is starkly black and white with no shades of grey in between. There is no feeling 'sometimes' male or 'sometimes' female, you present physically as one or the other, or 'feel' as one or the other.

For persons who 'feel' themselves to be the opposite of the sex organs they physically present with, they are known as transgender, but in their minds, there is no confusion, their transgenderism still revolves around the male and female aspects, and it is not a choice. It is not a 'sexual' orientation, it is a 'gender' orientation.