It does get old after a while. The strange thing to me is that neither I nor he nor you can make an iota's difference in how this case works out. Strzok's fate will be determined by politics (unfortunately) and law (fortunately).

But I guess it's just that some people have a need to win an argument which is, outside of observation, moot toward their stated goal. Personally, I reserve that for college football. ROLL TIDE!

originally posted by: carewemust
SUMMARY: GOP "Got Played" by Peter Strzok on Thursday:


The hearing never had a chance of uncovering the truth. This is so because Strzok enjoyed the advantage of being able to shower the committees with self-serving protestations while hiding behind the restrictions on his testimony imposed by the FBI attorney hovering behind him.

Strzok understood this and exploited his opportunity to the hilt while snuggling up to the anti-Trump Democrats embracing him.

The savvy Strzok cleverly outmaneuvered the Republicans on the committees. That’s surprising, given the extensive experience of Oversight Committee Chairman Trey Gowdy, R-S.C., as a former federal prosecutor. Gowdy should have known better than to take the bait.

The Republican members succeeded only in turning Strzok into a Democratic hero and giving him a national audience for his emphatic denials of Republican allegations that his anti-Trump and pro-Clinton political allegiance influenced his investigations involving the two candidates.

That crafty weasel! Won't help him though, if the "silent executioner" ( Jeff Sessions ) activates himself.

That was my impression as well. He won the day. It disturbing to know there are forces more powerful in this country than our congress and that their numbers can't even put a weasel like this in his place. Maybe one day they will take back the power that we give them.
edit on 13-7-2018 by DanDanDat because: (no reason given)

Looks like Chuck Schumer wasn't kidding when the told the brand-new President Trump that the Intel community can absolutely skewer him and his family, if he didn't "back off".

Thankfully Donald Trump is a fearless patriot. His response was/is "Bring it on, deep-state! Give me your best shot, cause you're going down!"

originally posted by: IAMTAT
Strzok says he can't remember changing "Grossly Negligent" to "Extremely Careless".
Metadata says Strzok's computer made the change.
Strzok then says only HE and his secretary (to limited files) had access to his computer...So he must've made the change.

NOW...(Blue Aja?)...didn't we see a text from Page reminding Strzok to allow access to his computer for her?

No, he wasn't kidding... and it should scare any sane American that any agency is powerful enough to blackmail Congress itself. J. Edgar Hoover lives on.

Remarkably, we learned new information today suggesting the DOJ had not notified Lisa Page of Congress' outstanding interview requests for over 7 months now. The DOJ/FBI appear to be continuing their efforts to keep material facts, and perhaps even witnesses, from Congress. 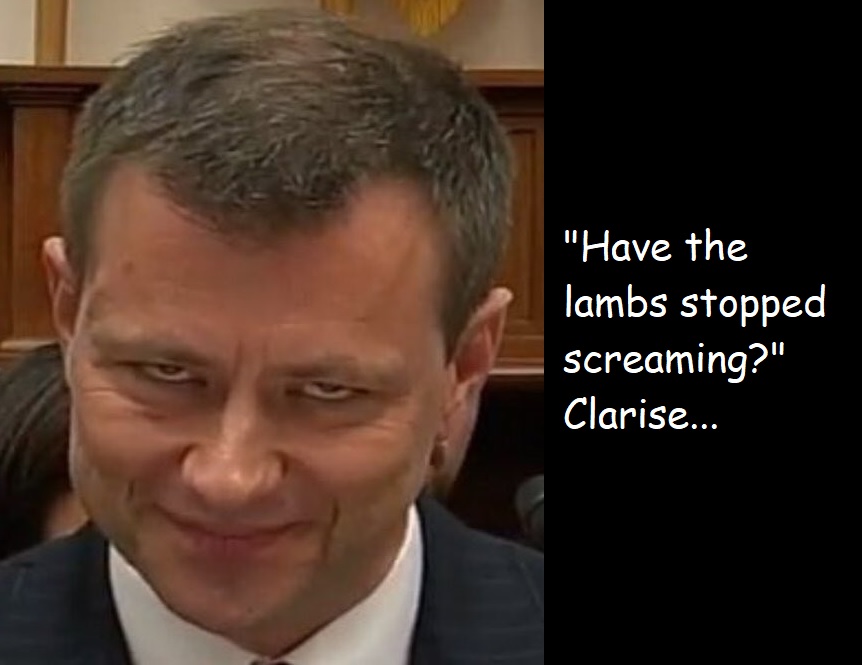 A lovely vanilla with cinnamon, while the Democrats stink like pig excrement.
edit on 14-7-2018 by thepixelpusher because: (no reason given)

Oh, and her infallible lawyer who is fighting disbarment. Can't forget him.

originally posted by: Pyle
a reply to: IAMTAT

The question was rhetorical...but thanks for being clueless in that respect.

...but, Right.
Strzok was fired from the SC because of his bias.

Bias creates reasonable doubt concerning investigative procedure, decisions and finding.
Which, again, is why Mueller booted Strzok from the investigation.

Anything Strzok worked on, during his time on the investigation, is now suspect.


And former mistress to a married man that became president. Who was paid large sums of money by the presidential candidate's "attorney" during the election to keep her quite. A payment that likely broke campaign finance laws. She was good enough for President Trump.


Strzok was fired from the SC because of his bias.

And former mistress to a married man that became president. Who was paid large sums of money by the presidential candidate's "attorney" during the election to keep her quite. A payment that likely broke campaign finance laws. She was good enough for President Trump.


No such thing.
Why are you tilting at windmills?

Strzok is a windmill?
I agree to some extent. Straw man may be more appropriate though.

Yeah. I know the idiom.
But thanks.