It was announced in March that the mission would be delayed until 2020, which is already two years past its original launch date of October 2018. But after accepting the recommendations of an independent review board, NASA has announced that the launch has been rescheduled for early 2021.

According to the report, technical issues and human error have “greatly impacted the development schedule” and added $800 million to the already $8 billion budget approved by Congress.
techcrunch.com...

I'm not angry I'm just very disappointed ... actually No , I am angry !

Thanks NASA / ESA , YOU DONE SCREWED IT UP.

I give up , I no longer care about JWST because at this rate it will never launch and I aint waiting for a Christmas that will never come.

posted on Jul, 8 2018 @ 11:15 AM
link
Don't give up, I know that's just the emotions talking, these things happen and for the most part, JWST was pretry smooth in this regard.

The fact is, their cost over-runs and constant delays are symptoms of a poorly managed agency. Something that has been going on for a long time now.

I'm almost ready to give up on the JWST myself.

I agree with the Noooooooooooooooo! as I'm getting older and I do not want to miss what James can see and teach us. Not that old but heck I could get run over by a bus or something. 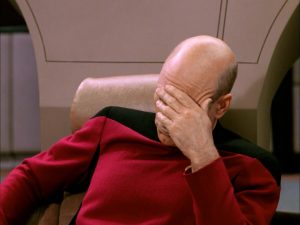 Thing is Hubble was a fairly easy fix the problems with JWST seem to stem from incompetence , can't fix that in space.

The shuttle program set nasa back decades and they still haven't recovered. 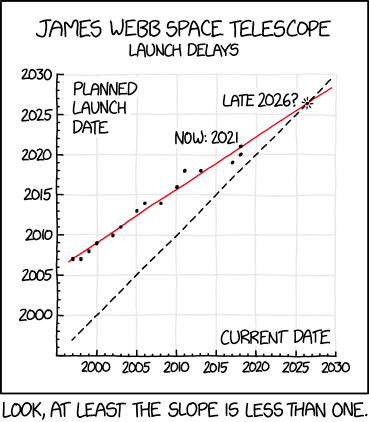 Quartz had a story up (didn't read) that said the rocket that will be used to launch JWST may be retired by the time of launch!

originally posted by: IgnoranceIsntBlisss
I vote not to botch it and have to fix it in space, like the Hubble.

JWST will live at the 2nd LaGrange point. Entirely too far to mount a practical repair mission.

As gortex previously said, incompetence is the real problem.

F##KSAKES! by the time james webb launches we will probably have contact ! Idiots!!!