Views and Theories of a New Member

posted on Mar, 19 2018 @ 07:55 AM
link
Hello fellow truthers. I have been posting around on a few threads that I've found interesting but for the most part have been incognito. I think most of us read for a good while before we get the courage to actually post. I guess we need validation before we put ourselves out there in the "loony" classification. Its nice to have this outlet though. I get frustrated trying to have normal conversations with people about what they think is the news, governement, politics and the whatnot. Sometimes I will pose the idea that maybe they are being fed lies but it normally doesnt play out too well socially. So what are my ideals and theories you may ask?

I venture at the idea that the government has been deciving us all since Pearl Harbor and maybe even before then. I remember reading and learning about (in history class at a young age) about how we had intercepted transmitions from the Japanese that specified their plans to attack Pearl Harbor but we didnt do anything about it. I found this strange but didnt give to much thought to it as I was young back then. 9/11 happened when I was about 9 years old and I always remembered hearing people talking about how some things just didn't make sense to them. We then went to iraq in seach of weapons of mass destruction.
I was about 10 years old when I decided that I was going to be a "lifer" in the Marine Corps. (Video games, false patriotism, 9/11 and family tradition at heavily influenced such a scary decision at such a young age) At 13 I joined the Civil Air Patrol (A non-profit organisation that does 70% of the air forces search and rescue missions around the States. They have a full ranking structure similar to the Air Force, aerospace education training, physical training courses, piloting classes,leadship classes ect...) I was in CAP for 4 years until I began school for Criminal Jusitice. I had no intentions of being a police officer but rather to futher my military related knowledge and keep me physicality and mentality conditioned. I enlisted in the Untited States Army(after waiting almost 5 months for an opening for 0311 infantry training for the USMC and growing impatient to "serve") as an 11X which was Airborne Infantry.
Then we found out about my back problems... I was discharged before I could ever do anything other than swear in. I had tried for 5 years to get my back fixed with zero success and was finally told after 12 enlistment attempts to hang up the towel from a SSgt I highly respected.

I am greatful I was denied my opportunity to serve. I am thankful for those that do and show high respect for the uniform and the flag but not what we are fighting for.
Getting back to my theories and whatnots. We were sold the 9/11 terroism story so that we could send a much stronger force into iraq and the neighbouring countries. The support for the war almost doubled after 9/11 so that alone is proof enough to me that something could have happened intentionally. You dive into the themite testing the news anchors did (a real explosive joke of a test *pun intented* where they just piled a bunch of themite around a steel beam) then the themite testing scientist did they are worlds apart. It begins to become obvious that war is just a way for the rich to get richer.

I found a video of youtube 3 nights ago thay Ive actually watched twice since then once with my wife and once alone. Its called "Everything is a Richmans War". Although some of the things in the video are hard to comprehend, after the 2nd time watching it really brough all of my own theories together. If you havent seen it I believe its a must watch for any conspiracy minded person.
youtu.be...

Okay so.... The government has been screwing us over since the beginning of the Rothschild monopoly building era of WW1. Theyve been sending propaganda through news reports, the cia is killing people who speak out, the President is just a puppet and they cannnnot let a bad crisis go to waste. They dont try to stop any of the bad from happening and even path ways for assassinations and mass bombings to happen freely.

The goverment is also taking my medicine away. Ive chronic back condition that for that last 7 years i've refused prescription medication for and opted for the alternative medicine found on earth. I found Kratom about a year ago while I was playing a country music show on tour in Athens Ohio. A lead guitist from another band over heard my ranting over my pain. I tried Kratom for the first time and my life was changed. Usually if I want to escape the pain i have to smoke some herb, take a bath, hang upside down then play some good music- now all i have to do is throw back a nasty ass powder and im fine?????
But where does that leave the pharmaceutical companies? Where does that leave the military who profit off of the pharmaceutical companies and visa versa? Enter FDA. The last two years they have been trying to destroy Kratom and ban it entirely. Something that costs 80% less than pills, lasts longer, works better and doesnt kill you- get rid of that!

Wraping everything up real nicely is a quick music plug:
I write and sing country music that is heavily influenced on government supression and conspiracy theories. My first album will be a hard blend between traditional country music and conspiracy concept theories. If your interested in hearing any of it I wont post it here. Pm me and Ill send you over to my site.

So its nice to finally introduce myself. Ill be here for a while. We have a very large problem.with disinformation and we are finally addressing it.

-Seek on my friends
edit on 19-3-2018 by RiverMasonMusic because: Bad title

posted on Mar, 19 2018 @ 08:34 AM
link
Kratom will and is being abused, not saying it's good or bad, just saying it ,like every damn thing else will be abused, then regulated. If a substance can be abused, it will be. That's just the nature of human beings. Trust me, if humans could figure out a way to abuse AIR we would. Oh, welcome to the boards. Expect to be schooled, just when you think YOUR doing the schooling. Just saying.
edit on 19-3-2018 by openyourmind1262 because: (no reason given)

Right so that’s why it should be banned? Tobacco is legal, yet one of the most addictive and harmful things going. The government is owned by big corporations not the people!

originally posted by: openyourmind1262
Kratom will and is being abused, not saying it's good or bad, just saying it ,like every damn thing else will be abused, then regulated. If a substance can be abused, it will be. That's just the nature of human beings. Trust me, if humans could figure out a way to abuse AIR we would. Oh, welcome to the boards. Expect to be schooled, just when you think YOUR doing the schooling. Just saying.

D. E. A. planning on making it a restricted schedule narcotic in the U. S.... Soon, if not already in some places

Where the hell did I say it needs to be banned? I didn't. I just pointed out human nature, and we humans will abuse anything we can get our grubby little hands on. If the right people find out that other people are abusing breath mints......then low and behold in the future we will have to have a damn breath mint license in order to have fresh breath. It's just the nature of that particular beast. If it's good for us And we like it......there's other's of us that's gonna mess that up for all. Just look around.
edit on 19-3-2018 by openyourmind1262 because: (no reason given)

I've already noticed you, nice to have a little background.

Welcome on board! The emergency exit is not existent, we expect heavy turbulences and are scheduled to hit rock bottom at a yet undisclosed time, for your own safety: do not make a sound. 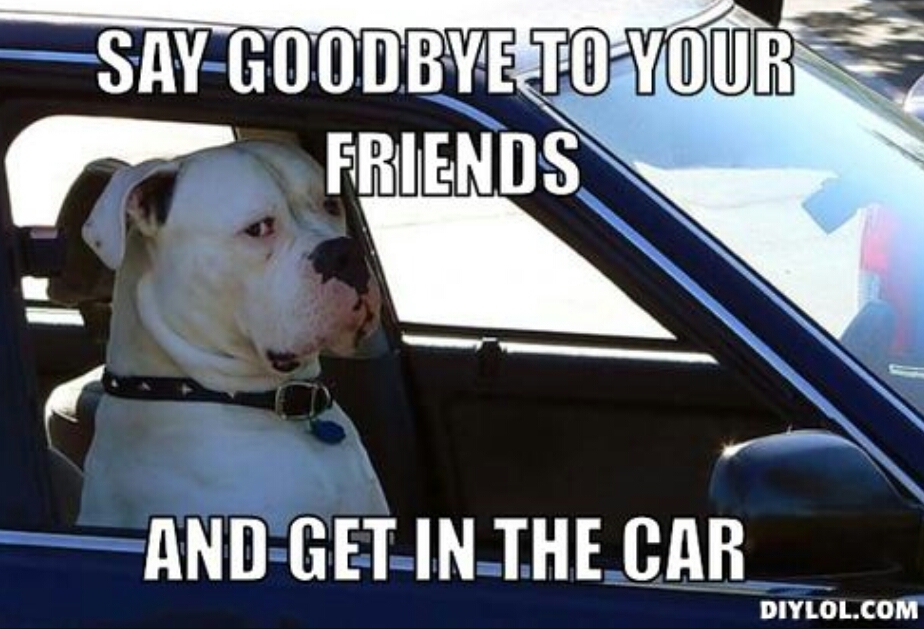 And I was just pointing out the war on drugs is a huge failure and it’s not the governments place to step in and ban substances that people want to take. Especially when they allow harmful substances such as tobacco. Yes people abuse all kinds of things but education is preferable to intolerance. I wasn’t having a go at you personally so chill out!

Chill out? That's about as 80's as it gets. When the Government figures out how to extract money from Kratom then and only then will Kratom will be mainstream. Until then it will be hi-jacked by the Government and regulated as so no one can make any money off of it. It has nothing to do with helping or harming people. It however has everything to do with the Government making a damn profit. Please include ALCOHOL in your bad things the Government allows, it's way worse than tobacco. I've never seen a person smoke tobacco then kill innocent people when they drive somewhere. Alcohol ruins lives and it's legal......shout out a holler that it's bad as well.
edit on 19-3-2018 by openyourmind1262 because: (no reason given)

Yes ALcohol is bad, any substance abuse is a bad thing to be fair. The U.S tried prohibition with Alcohol and the Mafia thrived. Prohibition doesn’t work that's all I’m saying. Also governments don’t make profits do they? Isn’t it the lobbyists and big pharma your thinking of?

What do you call taxes? In Governments eyes it's called profit. You see you made the mistake of separating the three...Government, Big Pharma, Big Alcohol, pretty much all the same, they all take their share of the PROFIT of the sale of their wares. I would bet that you are a non-smoker but you drink alcohol. I don't do either any more. But I gave a damn butt load of money to Big Tobacco for many years and big alcohol. Two ginormous waste's of one's hard earned money IMHO. Thing is nothing gonna stop the sale of tobacco nor alcohol, not in my lifetime.
edit on 19-3-2018 by openyourmind1262 because: (no reason given)

Please pm me a link to your music stuffs. Looking forward to checking it out.

I think we are actually in agreement but have misunderstood each other somehow with this. I do smoke and after quitting several times have fallen back into the addiction much to my frustration! I also drink to much alcohol when I do drink as well it must be a personality trait I have. But I recognise it’s my problem/issue and not anybody else’s.

I haven’t made a mistake separating gov from big phara or big business because that’s how it should be, but as you point out in reality that’s not the case. Taxes and profit aren’t the same thing and with the amount of debt so many governments have accumulated its hardly a successful business model.

Anyway we are derailing this introduction thread, so if you wanted to create your own thread on these issues I think it would make for an very interesting discussion. Let me know if you do, cheers.