The Ghoul of Grays Harbor

Most Washingtonians know Aberdeen as the hometown of Kurt Cobain. The Kurt Cobain Memorial Park is a major draw, and a sign welcomes people to town with the famous phrase “Come as you are.”

But at the turn of the last century, Aberdeen was known for other things: Gambling, prostitution, and murder. In fact, it was so dangerous that it was nicknamed “The hellhole of the Pacific” around the year 1900.


In my opinion Aberdeen is still the armpit of Washington. Such a ugly sad place - but to each his own.

Billie's on the other hand is a great place to eat. I never knew the 'rest of the story' until today.

But while many of the early logging towns had similar forms of unsavory entertainment, Aberdeen had something they didn't: An incredibly high murder rate.

In 1910, a grisly discovery was made: the majority of the murders and disappearances could be traced back to one man, Billy Gohl. 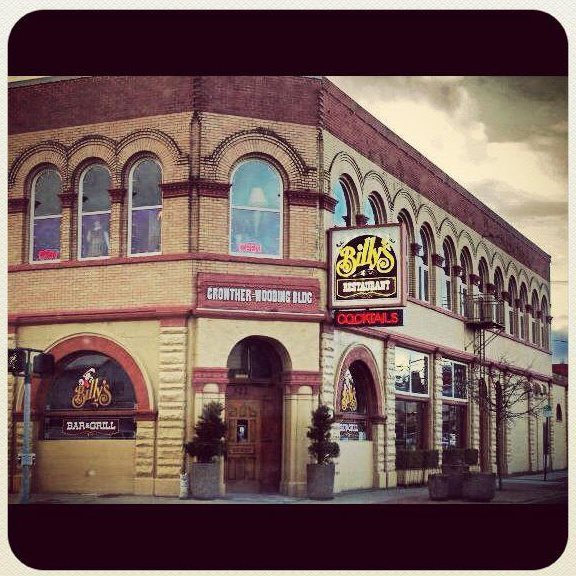 This place on the other hand is a great place to eat. I never knew the 'rest of the story' until today.

Billy was a bartender who would befriend the drunken sailors only to rob them, shoot them, and dump their bodies in the Wishkah River. He was convicted of two counts of murder, but he is thought to have killed up to 140 people. Today, Aberdeen's Billy's Bar and Grill pays homage to Gohl, who is said to haunt the establishment himself.


Well, I've never 'seen' anything while there but not to say others have not.Billie's Bar is listed on many 'haunted' sites. Who'd a thought.

So lil' old Aberdeen has some redeaming qualities after all - or do they?

Oh and anyone who goes to visit? The first one's on me!

posted on Jan, 22 2018 @ 01:44 PM
link
haha when I first saw the name I thought it was (with the Kurt Cobain reference especially) Dave Grohl! Didn't think he liked sailors...

Great sleuthing OP, I think you might have been possessed by the not quite dead spirit of Anthony Bourdain.

I love these 'underground' tales, when you think of a haunting in america you think of New Orleans, but it's always good to hear of those tales swept under the rug, only to be sucked up by a sleuth with a vacuum years later.

posted on Jan, 22 2018 @ 10:51 PM
link
America has so many serial killers and kidnappers in its history. I wonder what happened to all of them? Everything else seems to multiple with the population increase.