Niagara Falls Frozen Over Snowfall down Coast even FL Capital as US Gov Admits GE & Chemtrails!

Further to that I saw a documentry on the BBC about a year ago or so now, where they were talking about cloud seeding in some fairly arid part of America. Pilots were flying light aircraft and spraying a mixture of particulates to cause cumulas clouds to oversaturate and thus rain. This was seen as vital to local farmers to prevent them losing crops to drought.
There was even talk of it being a future solution to make more overwise dry lands arable.

Unfortunately I can't find a link but I remember it clearly enough.

Here is one source for you about the earliest efforts at cloud seeding.
RAF rainmakers caused 1952 flood

Yes, cloud seeding experiments took place. Today cloud seeding is commonplace in the USA, Russia, China, SE Asia etc. Though the jury is still out on whether it really has any effect in terms of increasing rainfall)

But a 50-year-old radio broadcast unearthed by Radio 4 describes an aeronautical engineer and glider pilot, Alan Yates, working with Operation Cumulus at the time and flying over Bedfordshire, spraying quantities of salt. He was elated when the scientists told him this had led to a heavy downpour 50 miles away over Staines, in Middlesex. "I was told that the rain had been the heaviest for several years - and all out of a sky which looked summery ... there was no disguising the fact that the seedsman had said he'd make it rain, and he did. Toasts were drunk to meteorology and it was not until the BBC news bulletin [about Lynmouth] was read later on, that a stony silence fell on the company," said Mr Yates at the time.

Phil Eden firmly debunks the myth in the link I posted

Phil knows (knew, he is very ill these days) more about British weather than anyone alive.

I'm not saying there isn't a difference, but I am pointing out that both are being worked on or experimented with. It's not like something I or some other crazy conspiracy theorists have just made up! I think there is evidence that cloud seeding at least works both in theory and practice. If you wish to disregard that outright, that's your bag.

As far as geo engineeering goes, according to many scientists we have been doing that accidently with carbon emissions and other pollutants. I'm not sure I agree with that at all, particularly the global warming angle. But there could be something to man made climate change. Deforestation can be one trigger for this as an example.

Which leads us to the problem with cloud seeding. Would it have started raining around that area anyway if they hadn't seeded? Or would it have traveled farther along, raining just a little at a time? There is no possible way to tell that the rain would have started there, or that it wouldn't have dropped that much where it did, if they had left things alone. It appears to work, but without knowing more about what the weather would do naturally, no one can say "Yes, cloud seeding caused the flood" or "No, cloud seeding didn't cause it".

But it is currently snowing in Tallahassee. There's plenty of video surfacing for it, including one by the police, showing a Tallahassee police cruiser...lol.

True enough, there are so many variables involved in predicting the weather acurately let alone manipulating it.
But in some more stable climates than what the UK has, I can see it being possible to give what clouds there are enough of a nudge to succesfully make it rain, where as otherwise it wouldn't have.
That attempts have been made, nobody can deny these days anyway.

It's actually about the same as it was in the early days. The big difference is they use aircraft now. Silver Iodide was used from the early days because it has a structure similar to ice. The theory is that ice tries to bond with it, because of that. It's still used to this day. It's still one of the most common chemicals, along with Calcium Chloride, salts, Potassium Iodide, and others.

Camped in Letchworth many times, know the bridge well.

One of my favorite things to do, when I was young and dumb, was hike down in the Niagara gorge and go swimming in the rapids.
There were back eddies that we thought were fairly safe. How none of us ever drowned is beyond me.
Just below the whirlpool in this pick 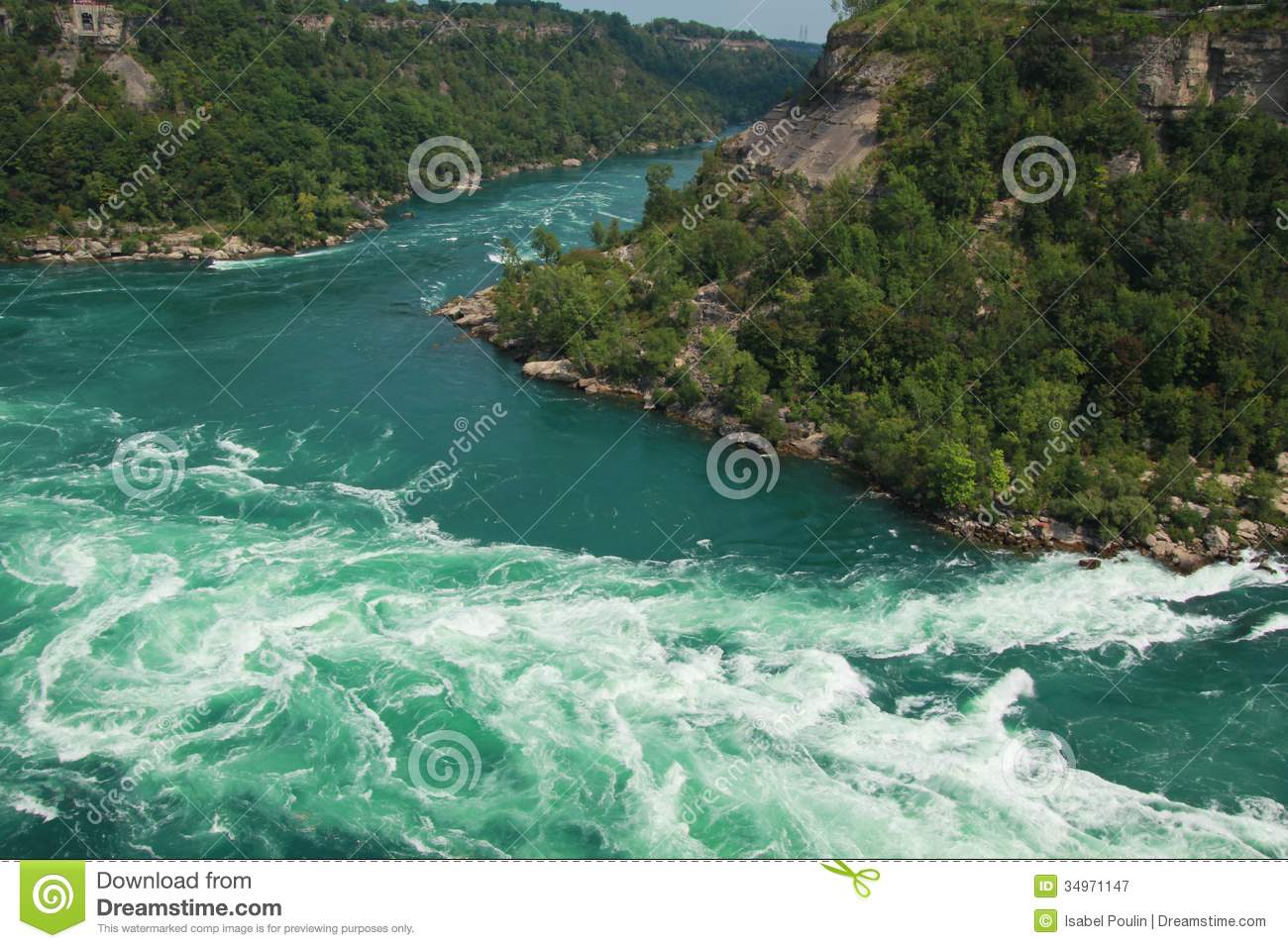 When I was a kid, right below the falls the river would actually freeze, they called it the ice bridge.
It has been a while since that happened. Maybe 09" or so.

People used to go out and party on it until a bunch of people died many years ago. The ice was always shifting and never stable.
Its against the law now. 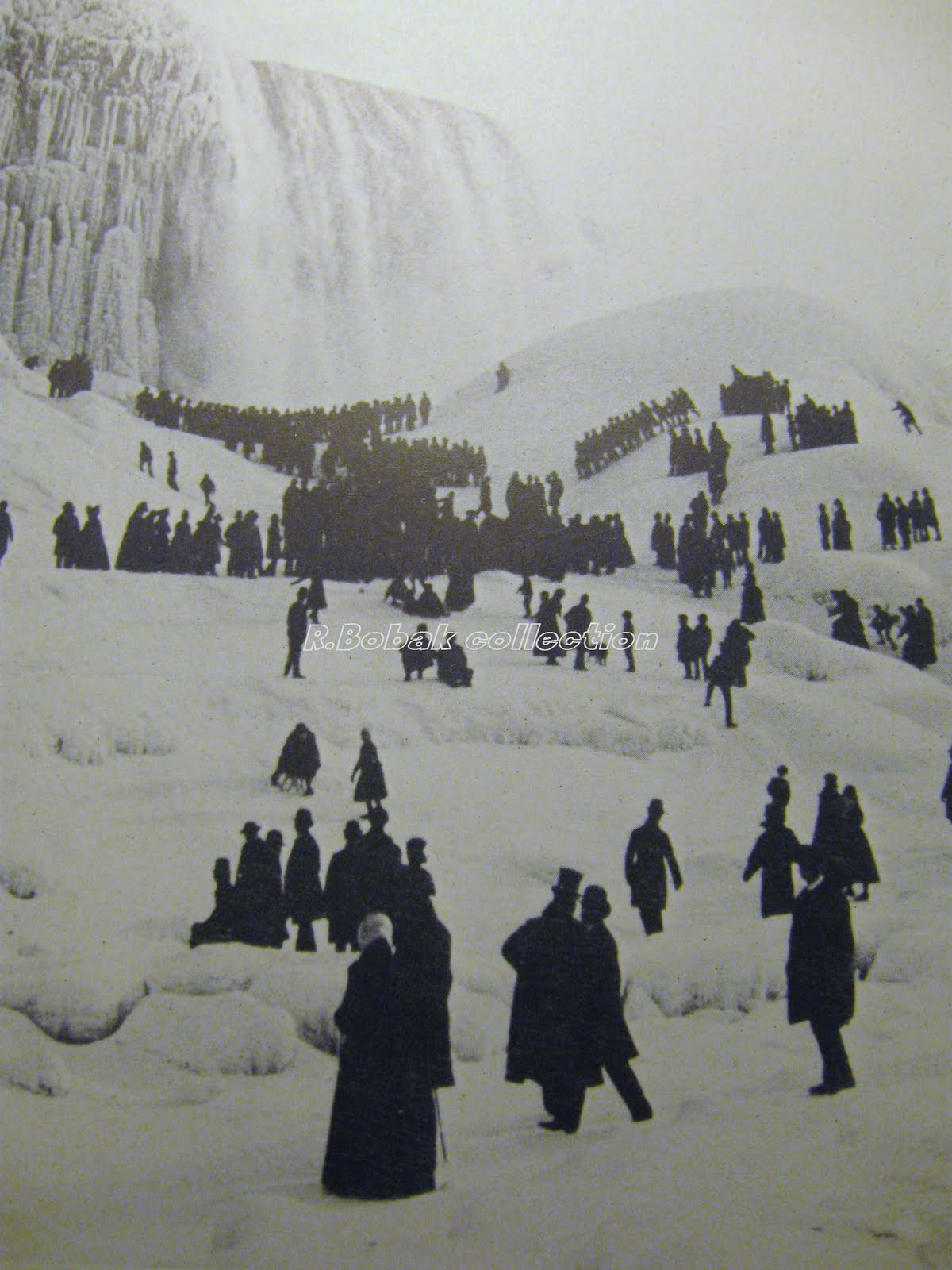 Do you know Letchworth State park? Do you know the train trestle there? Yeah I did that...


I only went about 1/4 of the way, semi drunk and at night, when I was about 15.
It is a little disturbing to say the least. 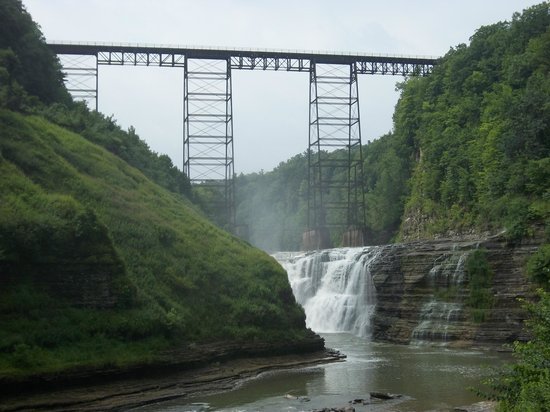 posted on Jan, 3 2018 @ 05:34 PM
link
My mother-in-law remembered going to see the frozen falls in 1936. Don't know if it was completely frozen or not but it was a giant attraction at that time. The trains to Niagara from NYC were very crowded with folks who wanted to see this phenomenon.

posted on Jan, 4 2018 @ 09:15 AM
link
It's too bad we couldn't be talking about this snow. I have ten inches outside my house and I'm on the southern most tippy tip of the Virginia peninsula. I've only seen snow this deep twice here and I've live here since 1991.
They showed reporters outside the whitehouse and they only had a dusting and they are only a few hours north of me. It's still snowing steady here.
The storm center looks like a hurricane.

I've been there a few times. I lived on long island until I was 35. The spectacle of the power of the water to carve out that granite. The awesome thunder of the falls that vibrates everything and it's breathtaking beauty. I have to say the Canadian side is the prettier. Sorry. I stayed at the Holiday Inn on Grand island the last time I was there. We had so much fun. I just mentioned that museum on the Canadian side that features things people have ridden over the falls. Nuts...
So that train trestle... You experienced the train while up there? How many feet over the river gorge is it? My "friends" got me up there by saying no trains ever go by in the daytime and I just had to experience the view down the gorge from the middle. I was dead center when I heard the whistle. I tried to run but there was no time so I clung white knuckled to the trestle and closed my eyes. Yeah friends...lol

Yup that's the place in that photo. So yeah I was in the middle of that bridge when the train came. And I wasn't drunk. I was nineteen.

And I repeated the experience voluntarily later in the day because the adrenaline rush was intense. And I was a nineteen year old girl who sometimes did stupid things like that.
edit on 142018 by Sillyolme because: (no reason given)

...WINTER STORM WARNING NOW IN EFFECT UNTIL 7 AM EST SATURDAY...

originally posted by: network dude
Sadly, the idiot in the last video has no clue whatsoever of how contrails form and why. He will remain an idiot until he chooses to realize that yes, contrails can in fact form and persist, just as they have since powered flight began. But the good news is that nobody "admitted" to anything, it's just another chemtrailer pushing his neurotic thoughts onto others.

So you need appropriate temp and moisture for contrails. The other day it was 5 degrees out and the jets flying over head (some at ~7000ft from near airport others at 30,000 on approach to airport 70 miles away). It was clear but rel humidity was very high at 80%. Not one contrail from either aircraft. The temp at either elevation should have been adequate as well as humidity & moisture content of exhaust & particulates. Why does this happen when there should be contrails and then MASSIVE "contrails" when the conditions don't support them, especially elevation wise.