I doubt any of us will be still be alive when Smart Cars and Trucks take over the roads en masse.

But for a short range self sustained city or area, they are feasible....everyone within those barriers will all be on the same page tech wise so they won't have to worry about us "filthy casuals" with our love of driving and independent freedoms.

Personally, I won't be caught dead in a Smart Car.
No pun intended.

The original intentions of cities seems to be to have been to force and drag people in from the fields, as evidenced by the industrial revolution all the way back to when Ramesses II wanted his city built by the SLAVES.

No doubt it is a kind of enslavement to the elites; cattle hording and "ranch keeping" to do their bidding and carry out whatever plans they DICTATE.

The word "city" is shortened from "citadel":

Gates is no different. He is DICTATING and NOT CONSULTING. It is HIS citadel. He is acting up like some #ing Egyptian Pharaoh and it makes me want to vommit because that is EVERYTHING I hate and despise about humans and power. He is not being egalitarian, is he. Nobody ever voted for thisss #ER! Dude thinks he is some Egyptian Pharaoh. Don't forget he is one of the most aggressive globalist billionaires on the planet. He never actually brought us anything. Windows was not his idea. He just "capitalized" on it. He had the contacts among the lumberjacks to get the party started.

With Gates it is probably a mixture of his own ego and his pet "like" of tampering with the ants at play (there should be and emoji for this). He is far behind though. Apple are not building cities because they know that cities no longer have a long term purpose. They are to all intents and purposes pointless and defunct in the digital world of Amazon, Ebay, online retail, business establishments, et c. Think, how much is any of the "stuff" of our cities needed since the digital conversion? We could teach children using robots and video conferencing by the very best teachers in the world in small groups in a nice green environment instead of the totally utilitarian classroom that smells of neglect and a politician's unwillingness to spend any money on our greatest treasure, our children. No more 40 to a classroom taught by some burned out dude or dudette who is fallible to all the weaknesses of flesh and blood. Why do we now have to be so limited, held back and stuck in the slurry by a dinosaur idea? The green way would be to move everybody back into the hills and establish organic smallholdings. Why not? The #ers at the top have got all "FEUDAL" again about their power. They no longer build houses for us to live on and are leaving us out in the cold to slowly starve of all resources. They might as well give us a "strip" and a solar panel, except NO CUT for the feudal lord this time. They only cut they will get will be from a scythe should they come asking for one, if you know what I'm saying. Next ime we should make THEM fight their own dirty little wars and not let us have to the slain and their murderers for their insane concepts of power.

The elites can video conference from their yacht in the South Sea Islands so they no longer require their ivory tower skyscrapers. Workers are not needed the same as they were and robots will do their jobs at a steadily increasing rate. Transport and storage hubs, robot factories are all that is required. No need to force people to live on top of each other like aggressive rats just because it is convenient as a distribution point and a useful transport hub. Yes, they turned the cities into grimy diesel ghetto depots.

There is no reason why in the future we can't go totally green and ALL be spread out and let nature do some reclaiming. We could ALL have solar power, grow small amounts of crops and keep a few animals. We could live in manageable small communities like we were meant to and not drive each other insane by having to embrace 15 million fellow rats of NIMH every time we step out of our 6' by 6' cell in some tower block. No need for billions and billions of cars to drive from one square shaped concrete structure miles and miles to another every day and destroy the climate and give people respiratory and other life ruining diseases. All the animals might come back, too, eventually. Gates' city is already a dinosaur before he has even begun building it.

Only the robots need cities. I never go to cities. I live in a small village and even then the people still drive me nuts.

I am being tongue and cheek here, but what I am saying will happen once the robots have evolved to take over. They could run the "background services" and even supervise themselves. We could just keep a general ALL SEEING EYE on the robots instead of the bastards trying to make worker robots out of us.

Gates is very vain. He has a slight madness about him. He gives me the creeps to be honest. He has weird fetishes about the Brave New World with all his vaccination "programs" and now he's moved onto god status with his Lego plans.

Happy building, Gates. No matter how hard you try you will have to die a death like the rest of us. We already have a Messiah, mate and it AIN'T YOU! Let's build the #er a golden statue like Nebuchadnezzar while we are at it shall we. Then we could put it in the Temple and worship it like God may be? 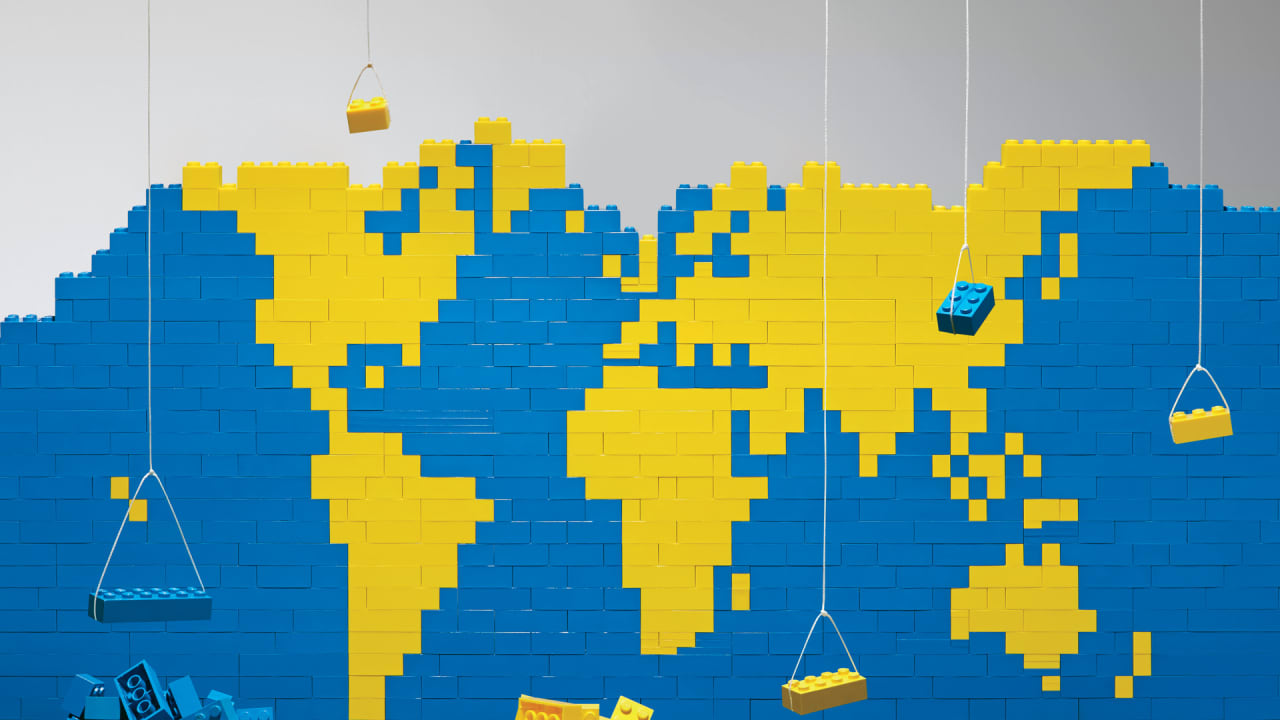 The world is your Lego set, Gates,

I think the question is valid.

If society is seen like machinery, then what tolerances are there in the system, how much space within it has been allowed for expression of ones self, for vibrancy and the unexpected?

While I believe that careful resource management is important if the future is to contain our species at all, I also believe that there must always be space for surprise and delight, and the randomness of human nature.

Could you preach what the other 98% of the attention it warrants is?

Are you asserting the OP’s notion of ultra-planned communities/cities need more attention, or the progression of the economy of travel vis-a-vie the technology of driverless locomotion deserves more attention?

To be clear (disclaimer): life involves trade-offs and, by no means, do I ascribe to the maxim all progress (e.g. technology) is ‘good’ or constructive to society.

If you have to ask, you already know the answer.

The global elites are all over this . Cramming people into shoe-box apartments in a Progressive dystopian version of total control.

It'll take years, if ever, to actually happen.

What makes you think one is not synonymous with the other?

Keeping in mind is definitely a brave new world.

You going to work security to keep the undesirables out??

The only reason normal everyday people will be invited to reside is as indentured servants and/or breeding stock.

And i imagine an extensive CCTV system incorporating some form of precrime logistical software combined with RFID chip technology will also be incorporated into these type of futuresque Orwellian nightmare cities, and the citizens that reside there, making the need for any kind of extensive security force rather redundant.