posted on Oct, 3 2017 @ 01:01 PM
link
There have been many great Philosophers through time. Words of Wisdom bestowed upon our world into the modern era. Many forgotten in the annuls of time.

You almost expect to hear: "she was a fine philosopher -- for a woman" when hearing about this ancient female prodigy. After all, our predecessors' opportunities, especially if they were "respectable" women, were nearly non-existent.
Hypatia, however, defies all such qualifiers.

Hypatia was, simply, the last great Alexandrian mathematician and philosopher. By writing a commentary on The Conics of Apollonius of Perga, which divided cones into sections by a plane, Hypatia made geometry intelligible to her students and ultimately transmissible to the modern world.

Socrates (circa 469—399 BCE) was a classical Greek philosopher and is considered one the founders of Western logic and philosophy. He established an ethical system based on human reason rather than theological doctrine. He maintained that the more we come to know ourselves, the greater will be our ability to reason and make choices that lead to true happiness. He is known to us mostly through the writings of his students, particularly Plato.

“Beware the barrenness of a busy life.”

“He is richest who is content with the least, for contentment is the wealth of nature.” 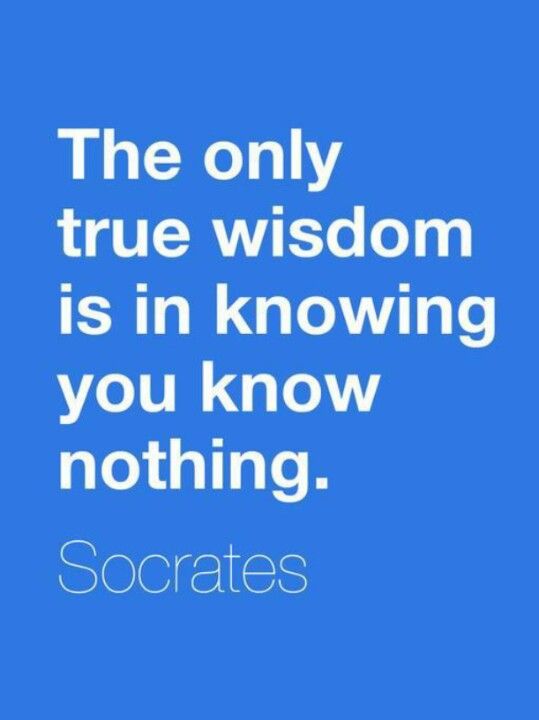 Pericles (circa 495-429 BCE) was the most prominent and influential Greek statesman and orator during the Golden Age of Athens. In 461, he became the ruler of Athens, a role he would occupy until his death. During his leadership, he built the Acropolis and the Parthenon and led Athens' recapture of Delphi, the siege on Samos, and the invasion of Megara. In 429, he died of the plague.

“What you leave behind is not what is engraved in stone monuments, but what is woven into the lives of others.”

Plato (circa 428—348 BCE) was a Greek philosopher. Like Socrates, he is considered one of the founders of Western philosophy. He was a student of Socrates’ and a mentor to Aristotle. He founded The Academy of Athens, which was the first institute of higher learning in the Western world.

“The greatest wealth is to live content with little.”

“Courage is knowing what not to fear.”

“Ignorance is the root and stem of all evil.”


"Carpe diem! Rejoice while you are alive; enjoy the day; live life to the fullest; make the most of what you have. It is later than you think.” - Horace

There's some really great ones from Eastern religions and philosophies.

* The Japanese have a saying the first person to raise their voice in an argument loses.

* If you see the Buddha on the road then kill him.

“The greatest wealth is to live content with little.”

Is my favorite. When I moved out on my own and read some quotes from Warren Buffet about how to live a successful life his main motto was to live below your means. Which sparked me to remember back when I read a book on happiness in high school and they explained how many philosophers in ancient greece lived in near poverty because they were to busy learning and teaching, Plato was a perfect example, with that quote. Living below ones means and being happy with what you have can lead to many, many great advancements in a personal life, even if it's just saving up say 6000 dollars or 300 dollars to purchase something, or making home cooked meals everyday it's little accomplishments between the big ones that matter.

Plato is also one of my favorite Philosophers. Glad you shared that thank you

* If you see the Buddha on the road then kill him.

Can someone explain this one to me???

Something easy you could find in the road is not the right answer, kill the thought you got the knowledge you seek and keep searching
edit on 3-10-2017 by Indigent because: why does that word begin and ends on a t...

It is of no consequence of what parents a man is born, as long as he be a man of merit. - Horace

It's a good thing to be foolishly gay once in a while. - Horace


Another great Philosopher who has my utmost admiration.


Agreed. I like the ones you posted as well.

Im not getting the Buddhist one?

There is a great movie about Hypatia www.imdb.com...

I read a bunch of his fables when I was young. Lot's of good stories and many of them are still in circulation and updated even today. Here's a full list:
Aesop's Fables

originally posted by: Indigent
Something easy you could find in the road is not the right answer, kill the thought you got the knowledge you seek and keep searching


I always felt like maybe it was meant to mean, "If you want to attain your own spiritual enlightenment, don't follow spiritual leaders."

posted on Oct, 3 2017 @ 02:10 PM
link
Six mistakes mankind keeps making century after century: Believing that personal gain is made by crushing others; Worrying about things that cannot be changed or corrected; Insisting that a thing is impossible because we cannot accomplish it; Refusing to set aside trivial preferences; Neglecting development and refinement of the mind; Attempting to compel others to believe and live as we do - Marcus Tullius Cicero

In part i guess, Buddhist believe pain and suffering is a normal part of existence, you are on a cycle of it (reincarnation) and the only way to exit is following a path to enlightenment (like Buddha)

Nothing in the path will set you free, don't follow false idols, don't seek easy answers, keep on the road till the end.

Or maybe it means if you find a fatso on the road kill it, idk i'm not Buddhist