I awoke with a start and searing pain on my cheek. Groggily, I disentangled myself from the sheet and noticed it was only 3am. Feeling a liquid warmth between my fingers, I stumbled towards the bathroom to see what was the matter.

Grumbling that I forgot to change the hall light, I made my way cautiously. Nearly had a heart attack, when my crazy cat, released a screeching scream and whisked past me! That's when I noticed my little companion dog was outside incessantly barking.

I needed to check my cheek and then, find out what his issue was. Flicking on the bathroom light, was blinding. Seeing my reflection, released a spew of curses from me. I had a couple of deep scratches from my mouth to just the side of my eye. I dabbed at it with a wet cloth and was perplexed to discover it looked like my cat did it!

Realizing that my dog still was outside yapping away, I decided I would deal with the crazy cat later. I needed to get him to stop barking before the neighbors complain again. At the back door, I discovered his doggy door was completely missing! What the heck was going on?

Stepping outside, I called for him...but he continued to bark. I flipped on the outside light assuming he was barking at an opposum or raccoon. The light began to flicker erratically then just blinked out. Aaugh...I was getting quite frustrated.

I called out again and was surprised when a bright beam shot down 20 feet from my back steps. It was blinding at first, but seemed to have dimmed enough to show that there was someone standing before me. Startled, I stumbled back against the door.

My little dog came running towards the being wagging his tail. I cried out a warning and was fearful what this being would do. At that same instant, my crazy cat came out the hole in my door and ran towards this being too. All I could do is watch, I was paralyzed with fear.

Both of my pets were seemingly greeting this being. They all sat down in a circle and seemed to be having an actual conversation. I strained my eyes to see more details about this strange being. It was difficult due to the brightness of the beam left me with a fuzzy sihoulette.

It appeared that my dog reached out and shook the being's hand. Even more amazing was seeing my cat do the same thing. I never seen that crazy cat do any tricks. It has always been too aloof. The being stood up and seemed to turn towards me. I pressed back into the corner more hoping I was not noticed.

Strangely, I could hear a soft audible tone that began to make sense. The being was communicating with me! It became clearer and clearer...

"....your master's say I should not take you. They have a fondness for their pet. We will leave you be, so no need to be frightened. We have pets too and understand."

With that said, the beam grew brighter and zapped right back up into the sky. Another bright flash and the dark sky was filled with stars above me. I felt my cat brush against my leg and my little dog gave a quick bark as he rushed back into the house.

Thank you. I just wondered if we explored worlds...how will we really know which species on the planet are the actual leaders? Will we only be making biased assumptions based on our own species?

Nice one! I liked this twist

Thank you. I was nervous as to it being a little different angle than what I perceived the theme matter: Alien Ambassador. lol.

originally posted by: TNMockingbird
a reply to: CynConcepts

I can truly emphasize! Just remember that those furry friends may be our future universal ambassadors within the galactic federation. Treat them well to ensure you won't be abducted and whisked off as a pet to an alien ambassador! 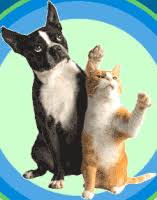 posted on Mar, 31 2019 @ 04:21 AM
link
Nice little twist of course just my luck at the moment have no pets to keep me from being probed in every orifice while paralyzed in fear