posted on Jun, 23 2017 @ 03:56 PM
link
Planet Nibiru is hiding beind the Sun. It has been doing so for a very long time. Just occasionally popping out to be seen on an obscure webcam or to be photographed by someone looking through double glazing (the only way it can be seen). It was going to hit us in 2003 but ATSers spotted it in time and it ran back into shelter. It tried to creep out again in 2012 but once more, due to the efforts of ATSers, it changed its mind.

All we need do to prevent Planet Nibiru from hitting the Earth in 2017 is for us to pour scorn on the idea. And it will stay hidden. I guarantee it.

If I am wrong I will give everyone free entry to board the B Ark. Before the mutant star goat arrives

Well, better to be on B ark and actually survive! Remember, the rest of them died because no one was left to clean the telephones after they all boarded B ark. I still say it's the Empire's Death Star being cloaked by the Romulans.

posted on Jun, 23 2017 @ 05:53 PM
link
I don’t get it. Science has already suggested that they think it is possible that there is another planet in our solar system. What I do not get is that even if there was a planet, why can’t they spot it. They can spot planets in systems light years away and even tell us that those planets may have life on them, but they can’t spot a planet in our own system even though their math ( scientist astro physicist) suggests there is. And not only that, isn’t there ancient historical suggestion that there is another planet. And why is it after so many years when they do declare its possible for a ninth planet to exist they ignore that historical evidence.

So if it is possible that it exists why can they not find it?

In December 2015, astronomers at the Atacama Large Millimeter Array (ALMA) detected a brief series of 350 GHz pulses that they concluded must either be a series of independent sources, or a single, fast moving source. Deciding that the latter was the most likely, they calculated based on its speed that, were it bound to the Sun, the object, which they named "Gna" after a fast-moving messenger goddess in Norse mythology,[81] would be about 12–25 AU distant and have a dwarf planet-sized diameter of 220 to 880 km. However, if it were a rogue planet not gravitationally bound to the Sun, and as far away as 4000 AU, it could be much larger.[82] The paper was never formally accepted, and has been withdrawn until the detection is confirmed.[82] Scientists' reactions to the notice were largely sceptical; Mike Brown commented that, "If it is true that ALMA accidentally discovered a massive outer solar system object in its tiny, tiny, tiny, field of view, that would suggest that there are something like 200,000 Earth-sized planets in the outer solar system ... Even better, I just realized that this many Earth-sized planets existing would destabilize the entire solar system and we would all die."[81]

posted on Jun, 23 2017 @ 08:55 PM
link
Look guys I have been coming to ats for over 10 years and nibiru has been a month away from destroying the earth this entire time.

posted on Jun, 23 2017 @ 10:15 PM
link
a reply to: crayzeed
Sure would be neat if it showed up on Halloween. I could accept the apocalypse if it was on Halloween.
a reply to: kode
Perhaps it is hidden, and the right radio/optic filters and sensors are not being applied?? Maybe the civilization that lives there has learned how to mask the radio signals as well as cloak the object itself. Could be like some kind of satellite field with fusion reactors emitting some kind of cloak, similar to the invisibility scientists on Earth have managed to do at the most basic levels in a lab. Light just flows around it like a rock in the river.

Maybe it won't crash, but I feel highly tuned into the universe right now, and it feels like Earth may get visitors this year that our governments and media will be unable to cover up.

That sucker could just sneak up out of friggin nowhere man......stomp our lame azzes....no, those two thirds lame azzes
edit on 23-6-2017 by GBP/JPY because: (no reason given)

posted on Jun, 24 2017 @ 01:25 AM
link
It's about time something like this came up, this is amazing news does anyone else find this like mind blowing?

Hall Turner is that not the neo nazi that spent prison time for threatening federal judges and who runs the fake radio show fake news site superstation95?

posted on Jun, 24 2017 @ 02:26 AM
link
a reply to: defiythelie
He is not a neo nazi, he is a white nationalist. There is a difference. He did go to prison for threatening judges. I don't know if he is behind the superstation95.

Neither of that is relevant, because the OP is about the fact that a Brazilian Senator was discussing the planet Nibiru, or X7, in front of a parliamentary session on behalf of a letter from a voter. He seemed genuinely concerned though. 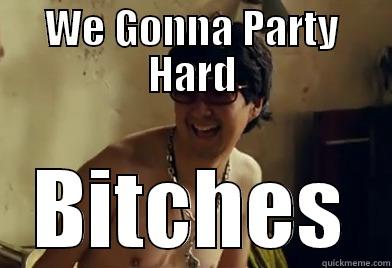 originally posted by: worldstarcountry
a reply to: defiythelie
He seemed genuinely concerned though.

"The threat being real"

Mike brown also said in the same article in wiki:


The comment he made about Gna was in regard to Atacama Large Millimeter Array scientific paper which was rejected.

Somthings going to get us all one day 😊

originally posted by: Barliman
a reply to: scraedtosleep
That, and Yellowstone.

yep right after the poles shift.

posted on Jun, 25 2017 @ 11:57 AM
link
Well, The guy IS wrong. He was arguing against moving 6000 Marines from Okinawa to Guam and it had nothing to do with Global Warming. It had to do with the Japanese getting tired of Marines sexually assaulting their women. And unbelievably, you seem to think, as he does, that islands float. They don't. They are actually attached to Planet Earth under water. So his assertion was ridiculous and proves that IQ has nothing to do with getting elected to the House of Representatives.