States and Cities Defying Federal Laws - It's Epidemic This Year.

posted on Jun, 6 2017 @ 03:14 AM
link
All this shows is how the USA was run under the Obama Admin,he was a joke played on us,no regard for public interest,just the socialist agenda,this is what happens when theives run free for 8 yrs,not unlike a conditoned reflex,progessive means communist anyway you try to portray it


﻿The Nation
You start out in 1954 by saying, “Ni**r, ni**er, ni**er.” By 1968 you can’t say “ni**er”—that hurts you, backfires. So you say stuff like, uh, forced busing, states’ rights, and all that stuff, and you’re getting so abstract. Now, you’re talking about cutting taxes, and all these things you’re talking about are totally economic things and a byproduct of them is, blacks get hurt worse than whites.… “We want to cut this,” is much more abstract than even the busing thing, uh, and a hell of a lot more abstract than “N**ger, ni**er.” 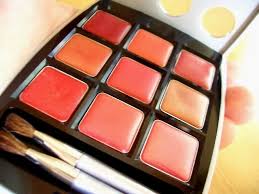 I'm not American, but it appears legal to defy Washington....


The 10th Amendment of the Bill of Rights reserves to the states powers not granted to the federal government by the Constitution. States have long used it as a tool to protect themselves against regulations. Though federal law trumps state law, Maharrey said states are learning to exercise their own power by pushing back. Without the resources to enforce its laws, the federal government is forced to rely on state action. When states refuse, federal law becomes virtually unenforceable, he said. “States were always intended to be a check on federal power,” Maharrey said.

edit on 6-6-2017 by TheConstruKctionofLight because: linky missed


Unfortunately, I haven't followed the Marijuana movement. Are there states where it is legal to buy it, like you buy cigarettes?


Maine is close, I think Oregon is there.
Maine would be, they law passed last year... But they put some temporary block on it to give themselves more time to figure out how to either reverse the vote or make it impossible to buy.
Time Will Tell...

Is ok, one thing is to be defiant and another to think twice when the federal money is cut.

See most states can no survive without federal funding and they will never tax to death their state citizens to come out with the difference.

originally posted by: pheonix358
a reply to: carewemust

If you look around at the rest of the developed Western Nations, they are all on a slide to the same oblivion.

The system does not work.

In fact, we are going backwards to the days of serfdom. Only now, the Government has taken the role of the Lord of the Estate.

Our current system has no remaining checks against the greed of big business. That alone will be the undoing of our society.

We need a new society and not the one they want to foist on us.


The system does work - very well in fact.
The problem is that the US is no longer operating the system that made the Union the world super power, most prosperous and free society in the world. It has been destroyed from within - something several American presidents warned you all about. Carve out the traitors - people like Schumer, De Blasio, liberal judges... - and America can still be restored, but the hour is late.
edit on 6/6/2017 by UKTruth because: (no reason given)

originally posted by: crazyewok
Isnt this how your civil war started?

Yeah, but this time it will be nazis vs. hipsters strapped with bananas that self identify as glocks.


The rules of immigration were reserved to the States through the 10th Amendment until the first Federal law was enacted in 1875. The U.S. Supreme Court ruled the following year that immigration regulation was an exclusive Federal responsibility.

I'm all for states rights, but given that our borders span multiple states, it makes sense that immigration and border control are under federal control.

where it can be financially punished, or even ejected from the union, for not following the rules of the house?

No state, least of all New York, will ever be ejected from the union as long as its citizens still pay federal taxes. And if they didn't, it would be invaded by someone, you can be sure. Fortunately our system of laws is robust enough to survive 241 years of federal governments and three wars on U.S. soil. If we could survive those, we can survive this. Though whatever "this" is, we still have no idea.
edit on 6-6-2017 by Namdru because: 241 >> 241 years

originally posted by: marg6043
a reply to: carewemust

Is ok, one thing is to be defiant and another to think twice when the federal money is cut.

See most states can no survive without federal funding and they will never tax to death their state citizens to come out with the difference.

You should study your law, it is illegal for the federal government to deny funds to the states to force compliance on federal regulations or laws.

The United States would be better off breaking in to smaller pieces. I don't have the same values or priorities as people on the coasts.

You want to break up the U.S. because people disagree with you? OMG! That might be the funniest thing I've ever heard!
hahahaha!

originally posted by: carewemust
Unfortunately, I haven't followed the Marijuana movement. Are there states where it is legal to buy it, like you buy cigarettes?

originally posted by: carewemust
Are there states that take more from the union, than contribute to the union? Are there any states that, if jettisoned, would lessen the load on those that remain? (i.e. They wouldn't be missed by most of us?)

Of course there are take a look at this:
wallethub.com...

And they are almost all red states...

Is it Legal for State and Local governments to defy Federal Law? I've never seen so many go against the wishes of the Federal government, like we're seeing this year.

Maybe it's because we have a President who defies the values of our country, and insists on putting forth an illegal ban on religion, trying to gut healthcare to give the money to the rich, and not giving a fig about the Earth's health?

That's why, oh nonthinkingone. Thank God some states are trying to hold our values together despite the rogue and incompetent, orange-bathed one we have in office.

Hats off to the Dissenters! Woo-hoo!

As far as ObamaCare goes, I think states can enact their own insurance/health care systems. So if a state wants to continue on down the death spiral internally or they can make the whole thing work, that's on them.

Remember, this whole mess was patterned off of the infamous RomneyCare, but that system may actually more or less work on a limited basis in Massachusetts.

So long as a state does not directly contravene pre-existing Federal laws, they are free to do what they want.

Now when it comes to the immigration stuff ... there is a very real problem. Arizona determined under the Obama admin and through the courts that states do not have the power to go against federal immigration law. So this sanctuary crap is a direct and flagrant violation and open defiance. It is rebellion and needs to be stopped.

As far as following the Paris Accord ... that's a non-binding thing. We never signed it. It's like the Pirate Code of Prates of the Caribbean fame, really more of guidelines. If places are stupid enough to follow it, it's on the taxpayers/voters.

posted on Jun, 6 2017 @ 09:21 AM
link
I always felt like them allowing trump to be president was a setup for something...we the people are being setup, i wasn't sure what we were being setup for, i just have this nagging feeling that this whole thing is one big setup. I think i can see what the setup is now: splitting up the Unites States. The butt-hurt left will stop at nothing to "resist" so i think its logical that any talks or actions involving going against trump will be widely supported by many. So what happens if China starts funding the west coast secession plans or the EU starts making treaties with the East Coast. I think the setup is to split the US into 3 segments then divide an conquer.

Yeah, recreational stores are legal recreational cannabis despensaries similar to states that have liquer stores. My state dropped the liqueur stores overseen by the state,liquer is sold at grocery stores, etc. instead ,and now has cannabis ones. Dispensaries for medical are pretty much over with as are doctor's prescriptions.
edit on 7-6-2017 by dreamingawake because: (no reason given)

If it had to go that way at least Femaregion x, Cascadia, holds Libertarian leaning values still unlike other areas now days. Cannabis and guns are supported.

President Trump deserves a medal for determination and restraint.


I thought you right wingers were against giving awards to losers I'm sorry I mean people that just try but do not succeed?


The courts, media, and Republican Congress don't really give a damn about improving the lives of American citizens.


Sure they don't that's why even the Republicans got fed up with Trump pissing on our Constitution and started speaking out against him. Trump has done nothing but whine they are against him so here's his new theme song.