Bloomberg Promises $15 Million To Help Make Up For U.S. Withdrawal From Climate Deal

Michael Bloomberg is pledging to fill a funding gap created by President Trump's decision to withdraw from the Paris climate accord, offering up to $15 million to support the U.N. agency that helps countries implement the agreement.

"Americans will honor and fulfill the Paris Agreement by leading from the bottom up — and there isn't anything Washington can do to stop us," said Bloomberg, the former New York City mayor who now serves as the U.N.'s special envoy on cities and climate change.

"Mayors, governors, and business leaders from both political parties are signing [on to] a statement of support that we will submit to the U.N.," Bloomberg said, "and together, we will reach the emission reduction goals the U.S. made in Paris in 2015."

Ok, slow clap for a liberal actually putting his money where his mouth is...

I gotta respect Michael Bloomberg for this commitment to his religion of environmental progressivism...

Now obviously I wouldn't like my towns mayor in Texas to send our tax dollars to a bunch of failed Socialist/Communist hellholes but I have zero problem with Michael Bloomberg personally giving them $15 million…
That's his right...

This could be a sea-change for liberals…
Normally they give away everyone else's money...

Good for him, hopefully he can get all the leftest multi-millionaires and billionaires to send all their money to into oblivion.


Less money for them to fund the destruction of our 2nd Amendment.
edit on 2-6-2017 by infolurker because: (no reason given)

posted on Jun, 2 2017 @ 08:37 PM
link
What I don't hear being mentioned in any of this is that the Paris Accord is non-binding, and therefore, worthless.

The real question will be ... whose money will he be spending.

I very much doubt it will be his money.

Is that so he has a way out. Typical stunt work.

Come and see me after he has made the donation from his own funds.

In the article, I clicked on the link that provided a list of mayors signing on to this pledge. Thankfully, my mayor was not listed! The article states that these mayors are not simply donating their own money but pledging that their city government is making the pledge.

I think it is awesome for anyone to donate /pledge their OWN money as they feel justified...but I am totally against anyone doing so with taxpayers monies.

posted on Jun, 2 2017 @ 08:43 PM
link
wow, this is a relief. I was getting worried that everything was going to burst into flames, but now, everything is going to be alright.

But in reality, I hope Decrapio and his butt buddies cough up some cash to go along with this and really make a statement.
Then they can take credit for saving the world and I'm fine with that. 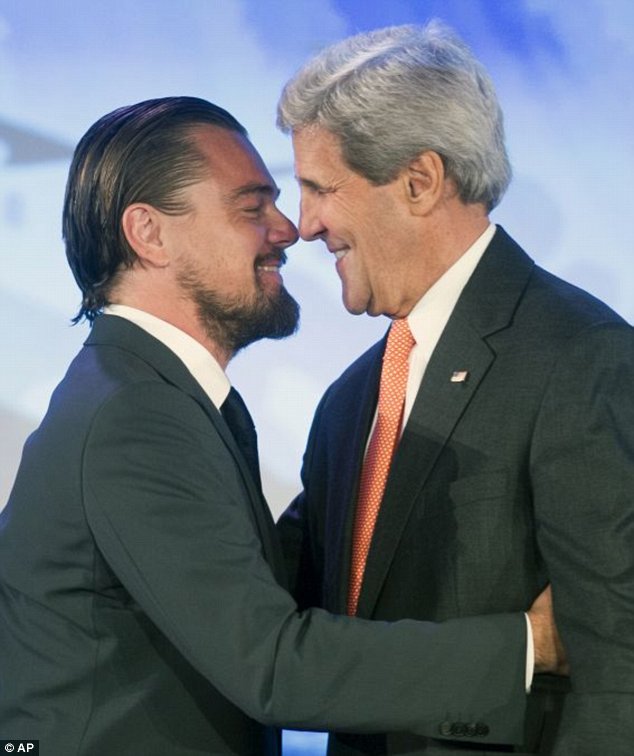 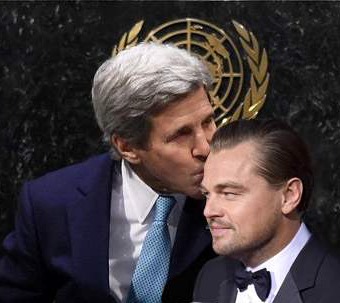 posted on Jun, 2 2017 @ 08:48 PM
link
If people feel strongly about Global Warming, they should donate their own time and money. That's how the world should work. Unfortunately, some people believe that if they feel strongly about something, they should be allowed to force others to adhere to their beliefs, and even be allowed to steal from them (taxes) to further their goals. The Left does this the most, but I don't exclude the Religious from this argument either, you shouldn't force others to adhere to your religious beliefs either.

Yeah, well we're not so lucky. Of course, our lovely proggie mayor is all in on that action. Our sewers are crumbling, he's bilked the city into paying for a street car that goes maybe 20miles, and now they're conspiring to shove a billion dollar airport down our throat too, but ... yes, let's also spend tax payer money on this.

We're already the 16 or 17th highest taxed city in the nation.

posted on Jun, 2 2017 @ 09:25 PM
link
Their literally getting their brainwashed cult to pay for something the President himself exposed as racketeering and fraud.

No one is stopping liberals from developing clean energy or donating to causes that are important to them. Just don't reach into my wallet to support your causes.

Absolutely! Let those filthy rich fund it. See how long that lasts. Otherwise I say leave it up to the states just like cannabis legalization. Lets see if "the people" really support it. Oh, we'll also need for the other countries to pick up their fair share of the tab and get ALL countries to abide by the terms. Good luck!

i'd love to see the details on where all the money put into this so far has been spent.

originally posted by: 0racle
Their literally getting their brainwashed cult to pay for something the President himself exposed as racketeering and fraud.

They should put those douches bags in prison for misappropriating other peoples tax dollars to the scam. They want to establish a global government with this tax. Then circumvent our rights.
edit on 2-6-2017 by Doctor Smith because: spice word

That's pretty much the REAL meaning of the "transfer of wealth"! Those people who actually believe these rich globalist give a damn about us serfs are delusional! Seriously, when we have BILLIONS spent on political campaigns imagine for a second the needy and poor THAT money could help?

originally posted by: CulturalResilience
What I don't hear being mentioned in any of this is that the Paris Accord is non-binding, and therefore, worthless.

Correct. I also don't hear much about how everyone who entered into the Paris Accord cannot leave for 3 years. This went into effect in November of 2016. So, a lot of hub-bub now for something that will be forgotten and probably un-un-done 3 years from now.