Saudi Arabia Declares All Atheists Are Terrorists In New Law

posted on May, 29 2017 @ 01:25 PM
link
Sure that nobody is surprised by this but it is a slow news day. I do find it interesting that they singled out "atheist thought" but that may include Christians, Judaism, or any other religion that disagrees with their "Islamic Fundamentals". Depends on their definition.

Saudi Arabia has introduced a series of new laws which define atheists as terrorists, according to a report from Human Rights Watch.

Article one of the new provisions defines terrorism as "calling for atheist thought in any form, or calling into question the fundamentals of the Islamic religion on which this country is based".

The organization said the new "terrorism" provisions contain language that prosecutors and judges are already using to prosecute and convict independent activists and peaceful dissidents.

persecuted for not believing in something ?
makes a change.....

I'm actually surprised they haven't done this before.

Who are the terrorists again? because I can't find any atheists on YT blowing themselves up because of their obsessive dedication to 'no God'.

This must part of their opening of their Global Center for Combating Extremist Ideology and a step toward combating "extremism". 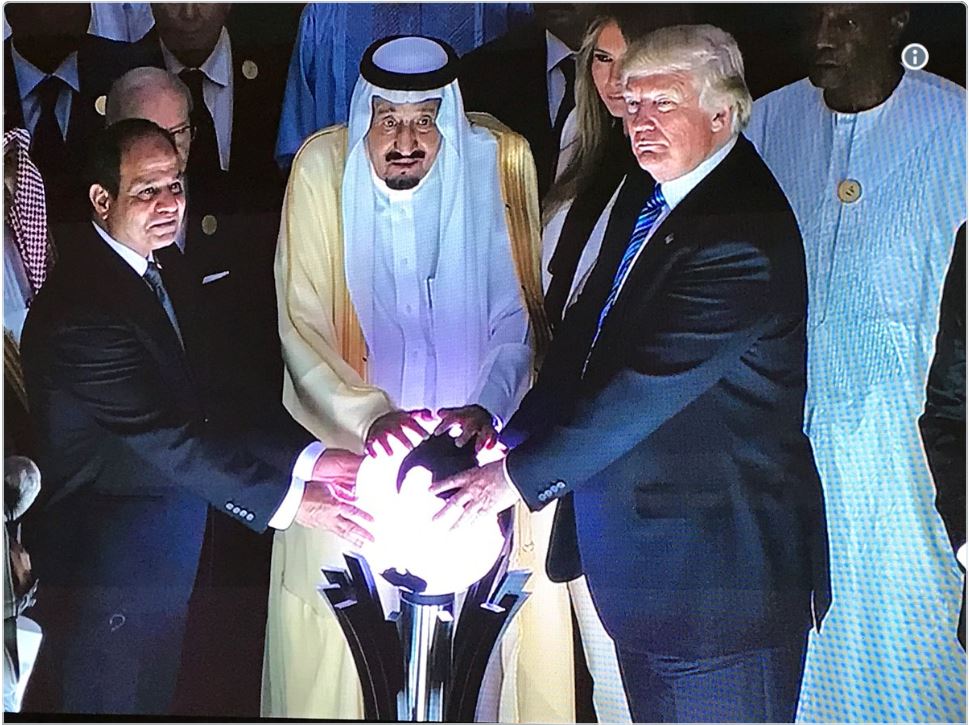 What could be more extreme that people that just don't believe in your BS?

posted on May, 29 2017 @ 01:40 PM
link
The only difference between an atheist and a theist is one god. Muslims are atheists when it comes to any other god but their own, same goes for Christianity.

Funny thing about this is that Saudi Arabia is the biggest financer of terrorism in the world. I guess that means they're funding atheists?
edit on 5/29/2017 by 3NL1GHT3N3D1 because: (no reason given)

posted on May, 29 2017 @ 01:42 PM
link
Everybody knows Saudi Arabia’s disgusting warped perverse version of Islam is the source of terrorism but the Deep State wants people NOT to know that so it isn’t accepted in mainstream thinking. Its forgotten about.

But hey, so long as they keep buying our weapons and investing money in our countries, they'll always be our bestest friends.

The story is from April 2014 , the new laws seem not to have made any real difference .

posted on May, 29 2017 @ 01:51 PM
link
That is their right in Saudi Arabia, it is their country, their religion. That precedence may follow those who immigrate to other countries, especially if the other Muslim nations follow suit. The Muslims here may also start to believe atheists are terrorists in their lives. Strangely, a lot of Athiests are backing their immigration thinking that the Muslims will mess with Christians.


in their mind, no country has the right to keep religion out of government. the moral relativism is real.

You can be arrested and punished under Saudi law as a terrorist?


We have the right to do that here, what if we were under control of the Muslims, we would not have that right. Let's keep it that way. Russia also limits rights of freedom of Religion, I do not want to be under Russias rule either, our country needs to stay united to protect these rights..

posted on May, 29 2017 @ 02:45 PM
link
The link in the OP references a report from a group called "Human Rights Watch", HRW references a " Ben Emmerson, the UN special rapporteur on human rights and counter-terrorism" and gives a link to the United Nations Human Rights Office of the Commissioner web page, that page has a direct link to the actual report of Ben Emmerson.

The first mention of Saudi Arabia and atheists is the article by HRW (see above link) nowhere in the original report by Ben Emmerson or the report from the UNHR Office of the Commissioner is there 'any' mention of atheists, or declaring "All Atheists Are Terrorists"


"The Special Rapporteur commends the transparency and the courteous, constructive and co-operative way in which the Government initiated and facilitated this official visit"

"The Special Rapporteur commends the efforts by the Government and its institutions to alleviate suffering of victims of terrorism through comprehensive programs involving financial, psychological, educational, career opportunities and moral support."

"Particularly impressive were the unique, professional, evidence-based and imaginative rehabilitation and re-integration programmes designed in the Mohammed Bin Naif Counselling and Care Centre. This facility houses terrorist prisoners who are nearing the end of their sentences and provides them with a range of alternative life skills, from psychotherapy to religious instruction, which are designed to entrench a counter-narrative to radicalisation and prepare them for release. The centre claims an 86% non-recidivism rate and its methodology deserves the attention of other States considering the adoption of counter-radicalisation programmes for convicted offenders.".

And to be fair the report also states:


"Despite many positive developments, the Special Rapporteur would like to share some observations, concerns and recommendations with regard to the unacceptably broad definition of terrorism, and the use of the 2014 counter-terrorism law and other national security provisions against human rights defenders, writers, bloggers, journalists and other peaceful critics. He would also like to raise the continuing problems relating to the prevention of torture of terrorist suspects during investigation; the reported use of confessions obtained by duress during interrogation, the use of the death penalty following proceedings in which there are reported due process shortcomings; and the need for greater transparency about civilian casualties in Saudi Arabia’s extra-territorial counter-terrorism operation in Yemen and allegation of support from sources within Saudi Arabia for armed opposition groups in Syria.

The Special Rapporteur considers that the definition of terrorism in the 2014 Law on Counter Terrorism and its Financing fails to comply with international human rights standards of legal certainty. Any definition of terrorism should be confined to acts or threats of violence that are committed for religious, political or ideological motives, and that are aimed at putting the public or section of the public in fear or to coerce a government or international organization to take or refrain from taking any action."


"article 1 of 2014 Law enables the criminalization of a wide spectrum of acts of peaceful expression, which are viewed by the authorities as endangering “national unity” or undermining “the reputation or position of the State”."

So while it 'appears' SA is cracking down on terrorist acts in their country and the UNHR Commission sees good progress there are still somethings that they (UNHR) think needs to be approved upon.

I guess that gives our own government reason to spy on me.
You never know what crazy godless plot I might be cooking up next, afterall.