The contemporary term false flag describes covert operations that are designed to deceive in such a way that activities appear as though they are being carried out by entities, groups, or nations other than those who actually planned and executed them.

A staged event is exactly as the name implies with actors and camera angles.


A hoax is a deliberately fabricated falsehood made to masquerade as the truth.[1] It is distinguishable from errors in observation or judgment,[1] rumors, urban legends, pseudosciences, and April Fools' Day events that are passed along in good faith by believers or as jokes.[2]]Hoax

Examples of staged events would can easily be found in news castings and sometimes political speakers taking questions.

Knowing the difference and where/when they could apply is very important, especially on a board of this nature.
edit on Fri May 26 2017 by DontTreadOnMe because: (no reason given)

The evidence was clear. Both Admiral Kidd and I believed with certainty that this attack, which killed 34 American sailors and injured 172 others, was a deliberate effort to sink an American ship and murder its entire crew. Each evening, after hearing testimony all day, we often spoke our private thoughts concerning what we had seen and heard. I recall Admiral Kidd repeatedly referring to the Israeli forces responsible for the attack as 'murderous bastards.' It was our shared belief, based on the documentary evidence and testimony we received first hand, that the Israeli attack was planned and deliberate, and could not possibly have been an accident.

Speculation as to the Israeli motivation varied. Some believed that Israel expected that the complete destruction of the ship and killing of the personnel would lead the U.S. to blame the UAR [Egypt] for the incident and bring the U.S. into the war on the side of Israel . . . others felt that Israeli forces wanted the ship and men out of the way. 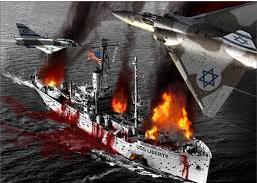 Just ignore that big huge stars and stripes blowing in the wind!!!

They had multiple tips, it is odd don't you say?

The United States help the UK develop an equivalent to our spy program PRISM, theirs dubbed GCHQ.

The effort that goes into those programs should indicate a desire to deter such events, especially if tipped off.

The US hasn't deterred any event with our spy program, and I'm not knowledgeable of the results of GCHQ.

But I fail to see how it's poison to humor, and discuss the possibility of allowing these attacks to take place.

Many western countries are losing interest in these prolonged (very profitable) wars.

So it's always fair to question events like this as we have been mislead in the past.

I specifically cited the what spying agencies prevented.

Also, again, the questiom remains with the tip offs, why did they not pursue.

Human negligence is always to be concierge,but so should agendas.

This wouldn't be the first time, and it would fit the Brexit narrative.

No harm in bouncing around ideas to paint a picture.
edit on 26-5-2017 by CriticalStinker because: (no reason given)

Wild speculation, AGAINST the raw black and white of the situation... SENSELESS

He was known to authorities. Meaning someone had expressed concerns about his radical beliefs. When you are dealing with 5000 individuals monitored on a daily basis at the cost of £3 Billion per year, such intelligence has to be prioritized.

Let me put is another way.

If you have one person come to the police and say my brother said hes planning to plant a bomb on the railways networks, that would be considered high priority.

If you have someone come to the police and say I am concerned about my brother who thinks its okay to murder apostates.


Clearly the intelligence about an individual in the act of planning to commit a crime takes priority.

And believe me they have many thousands of cases.

There not going to stop every single attack, but have acted to prevent a number of attacks in recents months.

Your point was eloquent and logical. It was sound and you may be correct.

Its a young case, all I'm saying is I read much of which that is offered to me.

I understand it's a hot subject and I'm not trying to imply anything, merely open to everything.

The knowledge of citizens shifts democracies.

Didn't mean to ruffle your feathers, just engaging in conversation.

posted on May, 26 2017 @ 03:37 AM
link
I am now convinced the whole thing is fake/staged. Everything.. media, government, revaluation, absolutely everything. Its going on for decades if not hundreds of years.

But really really hope its for higher purposes rather then to fill few fat cats pockets.


Ignorance is poison, this topic is information.


A false flag of the highest order complete with make-up kits strewn around the scene, military operatives in matching clothes with ear pieces, people with fake blown up limbs.. what blows my mind is how they get so many people to be in on it, probably a hundred people at least. And then kill innocent people to frame them. Blows my mind. How do all those people live with themselves after staging such an event?
edit on 26-5-2017 by nOraKat because: (no reason given)
edit on 26-5-2017 by nOraKat because: (no reason given)

What exactly is your point?