the border between faeries and ufo ocupants

posted on May, 14 2017 @ 03:53 PM
link
INTRODUCTION
i would call this an special edition of my humanoid sightings series of threads, because it showns the border between ufos and the so called faeries, all my future threads about the fairies will be posted on skunkworks so feel free to call this an special edition.
those two subjects, at first glance look nothing like each other, but the appearences can lie...
now you are probally asking why the "border"? because those cases shows them using vehicles, not ufos but normal vehicles, an exception will be included after the "normal" cases
SOME CASES

In Hertford, England in 1929, a five year old girl and her eight year old brother had such an unsettling experience that they didn't talk about it themselves until about 1960, and the lady herself did not reveal it to outsiders until 1970. They had been minding their own business, playing in the garden, when they heard the sound of an engine. Suddenly, down came a miniature biplane, with a wingspan of no more than 12 to 15 inches [30 - 38 cm]. It landed next to the garbage bin, and for the few seconds it was on the ground, they clearly saw a "perfectly proportioned tiny pilot wearing a leather flying helmet". He waved to them as he took off.


In 2002 a Californian lady named Jayne Kamal posted the following story. Around 1974, she and her older sister were alone in the kitchen baking chocolate chip cookies and looking out the patio window into the back yard, when something caught their eye. I remember I literally shook my head and looked at my sister. I said, "Did you just see.........then she said, "A little man on a motorcycle......then I said, "Float across our back yard?!!!" We both started laughing and couldn't believe it. It had looked like a leprachaun (but not dressed in green) on a tiny motorcycle, which just floated over the fence, over the backyard, and over the neighbour's fence.


...four children aged between eight and ten claimed to have seen about sixty Little People riding around in little red and white cars. Angela Elliott described what happened: We heard this little tinkly bell. We started running and these little men came out of the bushes. There were about 60 of them in 30 cars like bubblecars. They were half my size and looked old.They had greenish faces with crinkles in themand long white beards with a bit of red on the end. They were laughing in a funny way and driving over swamps near the lake. We were frightened and ran to the gate. I don't think they liked the lights outside because they didn't follow us to the street.


drawing:www.nottinghampost.com...
and now the exception i mentioned, an account of an invasion of little men from saucers on malaysia scoolyards, the story is too big so i will just paste the link:mysteriousuniverse.org...
SOURCES
malcolmsanomalies.blogspot.com.br...
forum.forteantimes.com.../gnomes-in-little-red-cars.51979/

posted on May, 14 2017 @ 03:58 PM
link
COMMENTS BY HUMANOIDLORD
once again i ask is it just a coincidence, the similarity beetwen aliens and fairies or is it more proof that the great vallee is right?
its also interseting to note that the faerie reports havent stopped on the modern days with reports has recent has 2009!

posted on May, 14 2017 @ 05:34 PM
link
a reply to: humanoidlord
I think one thing the faeries and bigfoot will have in common is that skeptics will be skeptical until bodies are brought in for analysis, dead or alive.

Even with bodies you still have to watch out for hoaxes like this fake body:

The Jaime Maussan Metepec Creature Confirmed as a Hoax

Those are interesting stories, haven't heard them before. The only faeries story I heard about was the Cottingly fairies, and it was apparently a hoax though some people believed it was genuine. I have to say the pics look pretty fake to me. Given the modern capabilities of photoshop, it's too late for pictures, which is why I say it will probably take bodies to convince the skeptics.

evidnce in my opinion is the killer of ufology,too many people asking for evidence and almost none looking at interesting stories

posted on May, 14 2017 @ 05:51 PM
link
a reply to: humanoidlord
If you don't care whether the stories are real or not then don't let the need for evidence foul up a good story. The evidence only comes in handy when you're trying to separate fact from fiction, because it turns out that there are a lot of psychological, non-physical reasons for some stories that are told.

Some people think that elves and fairies are similar and there's apparently a significant portion of the Icelandic population that believes in elves. So are they mythical creatures that don't really exist, or are there elves/fairies running around Iceland? Without evidence we can never be sure of the latter.

Orange orb, small at around a foot wide, silent and slipped away when we surprised it vanishing before our eyes.

posted on May, 15 2017 @ 02:36 AM
link
When I read about this type of "weird" sighting I often think that maybe whomever is behind this have access to really advanced holographic technology.
My own sighting from my balcony of two red orbs (which I filmed with a phone camera) does have some strangeness to it.

posted on May, 15 2017 @ 03:08 AM
link
My folks have legends of both little people and people from deep forests. They live in and are buried in caves... and we dont go in caves. Deep Forest ones bite and are mean little things, but little people can be okay and sometimes help out.

On the other hand, aliens are thought of as completely separate from those things youd group with fairies. The people above or Sspommitapiiksi... tales of people in the stars too.

posted on May, 15 2017 @ 06:07 AM
link
This is an interesting topic. My husband is clairvoyant,since he was a young kiddie he has been able to see entities and he sees the "little people" around here,even in the house sometimes. We live out in the African Bush and we have had many ufo sightings here,this is a strange region here where we live.Ancient civilisation in this region,according to a local researcher guy,Michael Tellinger,the Annunaki mined gold in this region back in the day. There are remnants left,stone circles he calls Adam's Calender,also the leader of my country's tribal shamans who are is an abductee himself have concurred with Tellinger about the history of this region,about ET visitations since ancient times here.Will carry on in next post im on my cell.
edit on 15-5-2017 by Raxoxane because: Grammar

posted on May, 15 2017 @ 06:16 AM
link
I have always liked those accounts described in the OP. They always seemed a little Jungian to me. In many drawings of gnomes and elves they are pictured sitting on, or beside magic mushrooms perhaps that is something to consider.

posted on May, 15 2017 @ 07:15 AM
link
Anyway lost previous reply trying again.So many people believe this is a portal region,that there are several portals here.The woman who lives 3 houses down here in the Bush village saw,along with 3 other girls,a creature in the hills above the primary school 20 years ago.She recalls it like yesterday she even drew us a pic of the creature which i can upload if you wanna see.From what she said,this creature could have been alien,interdimensional or even fae in origin.It changed colours,went upright but also on all fours at times, changing colours all the time. 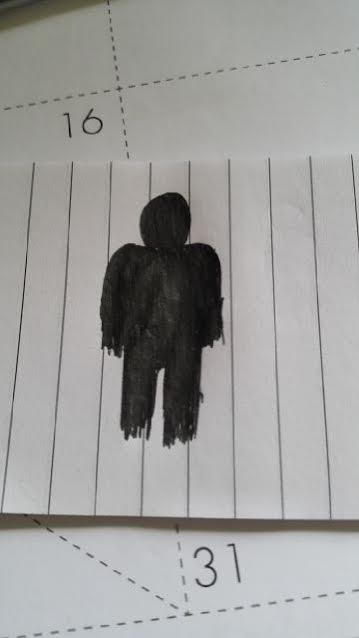 I have seen sky phenomena that i have not mentioned on this site,though i have made threads about abduction and some of our ufo sightings.These were so different that i felt too uncomfortable to post here about.Because it sounds CRAZY.There was such a playful element of whimsy,almost a Disney type factor to these sightings,not at all like our ufo sightings.
There is a Strange flying cryptid around here,closest i have found on the net,is the Drake of Scandinavian and North European legends.I cannot even begin to imagine its origin but i think it was responsible for these magickal whimsical sightings of sky phenoms.I made a thread about that creature years ago soon after i joined here,if you wanna check it out.I cannot link now im on cell but that flying cryptid Definitely have that fae/fairy creature feel to it,from watching it.I'm gonna post the pic,had to get to the pc anyway it's just too much trouble from cell.And here's the link to my old thread,where in i describe i describe some of this thing's behavior.

I've Also recently come by the researcher Gary Wayne. he's done some great stuff on the "little people" there are many different catergories of them.

Much has been spoken of Giants, and equally there has been much passed down regarding little people, it just hasn't had as much limelight.

Ive got a strange story that ive never quite been able to explain but it may be related to this topic. When i was a young marine in afghanistan some of my brothers had a strange experience. At the time we were staying in an old stone fortress. One morning i heard quite a commotion amoungst my platoon. At least 5 marines in my platoon were sharing stories of a bazarr experience that they had the previouse night. Supposedly every one of them watched two or three 6 to 10 inch tall shadow people walk around on both the walls and ceilings. I dont know what they could have seen. Weather they were faeries, gnomes, aliens or something else i belive thier stories. That would be a strange thing to make up in a war zone when there were so many more pressing issues to be concerned about. At that time it was considered the most dangerouse place on earth.

UFO`s, bigfoot, Nazi, faeries, gnomes, etc, you know what they have in common?

You would be pretty hard pressed to find shrooms, acid or dmt in a war zone. Why did 5 marines report seeing the same shilloettes of wee people on the same night in afghanistan? Please excuse my grammer and spelling. You know, brain damage.

originally posted by: Leadhead88
a reply to: solve

You would be pretty hard pressed to find shrooms, acid or dmt in a war zone. Why did 5 marines report seeing the same shilloettes of wee people on the same night in afghanistan? Please excuse my grammer and spelling. You know, brain damage.

War zones are stressful and hallucinations have been correlated with stress levels, so if you wanted to guess what was going on I'd suggest having that at the top of your list, and putting actual shadow people much lower on the list.

How Anxiety Can Create Hallucinations


Intense anxiety can cause not only fear, but symptoms that create further fear. In many ways, intense anxiety can cause the feeling of going crazy - as though you are losing touch with reality. Sometimes this is nothing more than a feeling or thought. Other times this is caused by additional anxiety symptoms that resemble those of true psychosis.

One such symptom is hallucinations. While it's rare for someone with anxiety to truly hallucinate, it's not rare for those with intense anxiety to have various types of mild hallucinations that can cause additional fear over your mental stability.


All it takes is one of them to make the suggestion and the others could agree with the suggestion. Maybe they did see some unusual shadows, and made the leap to "shadow people" because of the stress.

posted on May, 15 2017 @ 02:47 PM
link
ET dinosauroid humanoids, are practically impossible to detect in an outside earthly environment, because they use advanced mirror camouflage uniforms and helmets; including laser holographic technology, used both for camouflage and communication to earthlings.