Found this video saying Easter is Pagan, is this really true?

No of course not, but it does not add more unbelieveable things to it. I thought it was pretty clear, while I should have known someone would pour over this for fun-points / rediculement.
edit on 16-4-2017 by verschickter because: (no reason given)

The pagan esbat has nothing to do with chocolate bunnies and colored eggs.
It's a marriage celebration. And a time of fertility.
The Easter holiday follows the first full moon following the vernal equinox making Easter a very pagan holiday based on nature's moon cycle.

originally posted by: verschickter
a reply to: Boadicea
no offense taken, I also only passed what was handed down to me / us in this region of the world I´m living in.

And I thank you for that

I just looked at your location... you have some very rich traditions and legends there! Including the Golden Legends, of course, by Jacobus da Varagine. I haven't yet read them all, but I'm hoping to! I'll keep in mind your tradition of red representing the blood of Christ, and maybe I'll find an older legend that will tell me more.

And you tell me that ...why exactly? I said it´s for the kids, and right under that sentence I write about the real reasons. You basically repeat my post, why?

Nope no bunnies in Ostara.
It's a marriage of the God and Godess.
A time to plant a time of fertility and a time of birth of domestic animals.
It is a renewal.

originally posted by: verschickter
a reply to: Boadicea

I'd love to visit the country. My brother was stationed there in the army, and he was out taking photos every chance he got. He had several photo albums full. Especially the Black Forest. Before he passed away several years ago, he gave me two steins he had purchased there. I cherish them -- just like he did.

It certainly is. The church only took the holiday and adapted it.

the symbology of eggs /bunny is a representation for fertility, because rabbits are fast breeders.

originally posted by: Dasrobot
Pagan celebration, honoring the Godess Ishtar / Esther /Easter / Isthara
the symbology of eggs /bunny is a representation for fertility, because rabbits are fast breeders.
Pagan celebration waaaaaaay before Christ.

...and don't give me this "All Saint's' Day" malarkey when talking about Hallowe'en, either!
Just as a seasonal aside, I once told my young niece that Easter was when Jesus rolls back the rock, and if he sees his shadow there's six more weeks of winter. Her staunchly Catholic mother was decidedly not amused.

posted on Apr, 16 2017 @ 09:00 AM
link
Others got it right... It's from a 2100yo Sumerian cuneiform tablet. Ishtar's husband, Dumuzi, died and went to the underworld. She was heartbroken and went down to find him. Now Ishtar was the Goddess of fertility and was responsible for keeping the earth alive. When she went into the underworld she was captured and killed by her sister who ruled there. In her absence everything on earth began to die. Two messengers were sent down to retrieve her. She was resurrected after 3 days. Sound familiar? She was then allowed to come and go from the underworld in 6mos cycles --- the seasonal equinoxes.

As has been mentioned, the Catholic church, in an ongoing attempt to erase/assimilate the pagan religion, overlaid their celebrations over the pagan ones. It's no coincidence that the temple of the holy sepulcher (where Christ was supposed to have been resurrected) was built over the site of a temple to Ishtar. Want more? Read the Epic of Gilgamesh. Again, over 2000 years BC.

posted on Apr, 16 2017 @ 09:04 AM
link
women would put on bonets and men would pick out their mates in church. they'd have sex while bunnys and chickens ran around in there. after women were impregnated, after nine months they gave birth on an alter. They colored themselves with different colors. Once the babe was born, sacrifice it would go. they drank the blood and ate some flesh. This happened before Easter was known what it is now.


originally posted by: Dasrobot
Pagan celebration, honoring the Godess Ishtar / Esther /Easter / Isthara
the symbology of eggs /bunny is a representation for fertility, because rabbits are fast breeders.
Pagan celebration waaaaaaay before Christ.

...and don't give me this "All Saint's' Day" malarkey when talking about Hallowe'en, either!
Just as a seasonal aside, I once told my young niece that Easter was when Jesus rolls back the rock, and if he sees his shadow there's six more weeks of winter. Her staunchly Catholic mother was decidedly not amused. 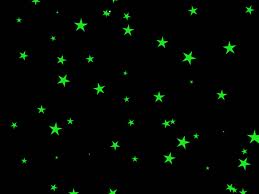 Actually, there was nothing kind or gentle about the forced transition from Paganism to Christianity. There certainly weren't any Christians running around worried about including the Pagans. I think they were more concerned with gathering enough wood to burn them at the stake with or devising ways to brain wash them such as weaving Pagan symbolism into their own holidays.

I read that the Easter Bunny was one of the Pagan symbols of Spring dressed up and made a fool and forced to serve good Christian children by rewarding them with chocolate on the day Jesus was reborn er... resurrected.

posted on Apr, 16 2017 @ 10:23 AM
link
All major holidays are Pagan. That in itself doesnt prove or disprove Christ in my opinion. Want more info read the book the jesus mysteries and make up your own mind.
edit on 16-4-2017 by odinsway because: (no reason given)

The date for Easter was set by the first council of Nicea in 325 AD (when a lot of Christian things, including the Trinity and books in the Bible, were decided.) The cause of this, according to Church documents had to do with the way Jews dated Passover.

...you'll recall that the Jesus Incident took place during the Jewish Passover.

So it has nothing to do with appropriating a holiday...but everything to do with calendars and Passovers and the debate between an 8 year lunisolar cycle or an 84 year cycle.

Even today, there is actually no universal Christian agreement on when it should be celebrated as you can see if you read a little further in the Wikipedia article.

The idea of Easter coming from the name of a goddess first appears in the writings of the Venerable Bede, who was writing around 750 AD or thereabouts. There is little documentation about the Celtic deities (other than from non-Celtic sources) because the Celts/Druids/etc themselves didn't write (Ogham was not invented until 500 AD) and the only sources (Roman, Greek, etc) tend to be somewhat biased against the "wild and unruly pagans."

Like others have explained already, of course Easter is yet another Christian holiday copied from Pagans celebrations, it was one of the ways the church converted people.

Also, if we are to believe the Bible, Jesus was one of many who ressurected that day, which means he was not the 'one' but 'one of many' (Matthew 27, 51-53). Which makes the whole 'Easter is about Jesus resurrection' obsolete.

The Romans, Jews and Pharaos kept excellent written records, and yet no record of this bizarre 'night of the living dead'? When many dead people came back to life and entered the city?