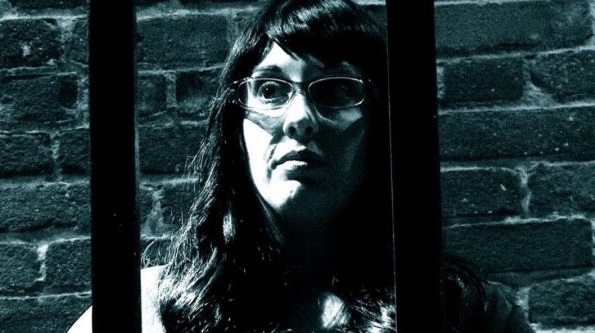 “Dr. Phil” has been on television since 2002 and made Dr. Phillip McGraw one of the most prominent mental health professionals in the world. Recently, however Dutch company RTL has decided to pull the plug on the Dr. Phil Show, and the timing of this action couldn’t be any more suspicious.

Only a week ago, Dr. Phil had aired a show where he interviewed a woman who claimed to have been trafficked around the world, to the most elaborate events and parties, as a sex slave for rich and powerful men.

Don’t turn away, this is real. So real in fact, that in 2014, a Dutch pedophile society tried to challenge the Supreme Court, saying that banning their organization was a violation of their free speech.

Former members of the Dutch pedophile society have announced they will challenge a Supreme Court ban on their organization. They argue the prohibition of the group that advocates adult-child sexual relations is a violation of their freedom of speech.

The organization’s lawyer Gerard Spong told Dutch press on Tuesday he planned to appeal to the European Court of Human Rights to overturn the ban on the pedophile society. According to Spong the appeal will be lodged with the Court no later than October.

Former members of the pedophile society, also known as Vereniging MARTIJN, take issue with an April Supreme Court ban on the organization that decreed its existence was a threat to public order and a danger to minors. Spong argues the ban on the group is an affront to the members’ freedom of expression and association and plans to have it overturned.

"Although in general great caution must be taken when banning a society, the unusually serious actions of Vereniging MARTIJN, which are geared towards removing potential barriers for those seeking sexual relations with children, force the verdict that the organization be forbidden and dismantled," the judge ruled in April.

The organization itself was founded in 1982, but only hit headlines in 2007 when photos of crown Prince Willem-Alexander’s children were published on the group’s forum. The ensuing court case forced MARTIJN to take the photos down and ruled they would have to pay a 50,000 euro if they ever put a photo of the prince’s children up again.

Since 2010, the organization has been locked in an ongoing legal battle with the Public Prosecutor Service. Following the arrest of organization leader Ad van den Berg for the possession of child pornography in 2011, MARTIJN’s existence was upheld by the Ministry of Security on the basis that the group’s activities were not punishable.

In 2012, another court ruled the organization should be banned as it glorified sexual relations between adults and children. This ruling was overturned that same year by a court in the northern town of Leeuwarden, which argued that while the organization’s existence was contrary to public order, there was no evidence to prove it was “a threat of disrupting society.”

From 1986 until 2006, the organization published a quarterly magazine which was only available by post to members. The publication contained images of naked children and letters from readers describing sexual experiences with underage children, reports the Independent.


The video below contains both a whistleblower and victim of child sex-trafficking from the Netherlands. He was picked up at a train station and after given drugs and alcohol, was subjected to rape and blackmail. He was forced into a brothel as a result.

A number of important Dutch people were named in the Amsterdam court on Monday, where witnesses are being questioned in a case surrounding an extensive network of child sexual abuse and child prostitution in Amsterdam in the 1980's. According to the first witness, former mayor Ed van Thijn, former Minister Onno Rudding and Prince Claus were all involved in pedophile-prostitution to some extent.

RTL decided to cancel the Dr. Phil show because their producers made “different choices in programming.” Think what you want, but that episode was clearly going against what the Dutch elite would consider an age old practice. I wouldn't doubt if that was the very reason why the show was cancelled.

The article gives another example…

Remember, Dr. Drew Pinsky’s show on HLN was immediately cancelled after he made a statement that Hillary Clinton has brain damage, at a time when HLN’s sister network CNN was virtually campaigning for Clinton and disputing that she had any health issues.

Dr. Drew Pinsky was dropped from HLN, a sister network to CNN after five and half years, following his statement that Hillary Clinton has brain damage.

“When she hit her head, she had to wear these prism glasses when she came out. That is brain damage, and it’s affecting her balance. Now clearly, it hasn’t affected her cognition, but tell us a little more about that. That’s profound.


Dr.Drew spoke out on KABC radio regarding Hillary Clinton’s health, an interview that is now deleted from KABC’s website.


For those willing to further educate themselves…

It’s a compilation from different YouTube videos about the alleged pedophile and child rapist Joris Demmink and the Dutch/international elite pedophile ring cover-up. If you are slow to realize, most “isolated” incidents involving elite pedophiles are often internationally tied to those with similar interests.

If the deep web consists of information that eludes normal, daily internet activities, consider the dark world of elite pedophilia to operate in what I would phrase, the "deep reality" of most.

I don't see how this ties in with the US. Hasn't pornographic material of minirs been legal in that region? At least in Germany to my knowledge. These organizations are similar to NAMBLA, or more so any group society deems as inappropriate if not teetering illegal.
edit on 28-3-2017 by CriticalStinker because: (no reason given)

Yea, Dr. Phil carries about as much accreditation as Jerry Springer. Shows like that are a breeding ground for sensationalized stories.

exactly, the Dr. Phil show is more for entertainment than exposing conspiracies. I seem to remember that he has been caught before putting people on his show who have been less than honest.

originally posted by: UKTruth
There is something that does not sound right about this whole story (the woman in the Dr Phil story)
Who is this woman and how do we know she is telling the truth?


The activities described by this woman are so profoundly disturbing they can be almost hard to believe, but Dr. Phil confirms that his team not only investigated Kendall’s case for four months, but also consulted with law enforcement experts who confirmed her story. Dr. Phil said he “100% believes” that she is telling the truth.


originally posted by: UKTruth
There is something that does not sound right about this whole story (the woman in the Dr Phil story)
Who is this woman and how do we know she is telling the truth?


The activities described by this woman are so profoundly disturbing they can be almost hard to believe, but Dr. Phil confirms that his team not only investigated Kendall’s case for four months, but also consulted with law enforcement experts who confirmed her story. Dr. Phil said he “100% believes” that she is telling the truth.

I am, which is why I don't immediately believe her (or Dr Phil's) story. I am not saying these kind of sick 'rings' don't exist, but there are all sorts of dangers in setting up a single person to be the accuser of multiple people.

I am, that's why I won't be listening to Dr Phil. He's not a journalist, and he's not a practicing doctor either.

He's a daytime TV personality who slingsdrama mainly a trashy audience who feed on other people airing their "personal" life for everyone to foam at the mouth for.
edit on 28-3-2017 by CriticalStinker because: (no reason given)

We need to bring awareness to the ignorant and expose these scum bags.

As far as Dr.Phil. He is quite credible imo. Did you know he does his shows for free? Which tells me he actually cares for the well being of people regardless if he may have exaggerated guests on his show for ratings. He does have integrity and he wouldn't air something like this if it didn't have any merit. Plus her story is so crazy, you couldn't make that stuff up.
edit on 28-3-2017 by knowledgehunter0986 because: (no reason given)

Did you know he does his shows for free?

I may have misinterpreted something somewhere, I tried to google it but couldn't find it. I remember he himself saying that in an interview. Now I'm not so sure.

Regardless I think he is still credible.

My guess would be only if the Netherlands was in the UK.

posted on Mar, 29 2017 @ 04:35 AM
link
Honestly this sounds such BS. Lets see some xrays of all the broken bones she is supposed to have had. What about confirming travel on any of the 6 fake passports.

It's illegal. The people portrayed in any pornographic material in the Netherlands have to be at least 18 years old.

What? Dr Phil has an associates degree in Psychology,hardly makes him an expert at anything but spouting BS,he is no different then Povich,or any other talk show host

RTL is a company from luxembourg. We just don't want this pizzagate madness airing in our country thats all. Don't try to sensionalize this.
Many in the netherlands think banning this pedo party from Martijn isnt a good thing. We rather see this party discussing their # in public then under the radar, so at last we have partial knowledge what these guys are up to.