the harvest (and gangstalkers)

posted on Mar, 15 2017 @ 11:07 PM
link
There is a new age theory based on some channeled materials that the earth is soon to step up from the third dimension to the fourth dimension.

This theory posits that there are two ways to progress towards the ultimate attainment.

The positive path can be illustrated by those sainted individuals that we know so well such as mother teresa, gandhi and of course the ultimate example, Jesus Christ.

The negative path is very well summed up by aleister crowley's philosophy: to your own self be true. Do what is right for you and let nothing get in the way of your agenda.

According to these channeled materials, the tension between these two polarities and the resulting conflict is what leads to spiritual progress.

This dichotomy between positive and negative lasts not beyond the sixth dimension where apparently the lessons of duality are no longer useful.
According to these same channeled materials there are certain fixed cycles of about 25,000 years that each inhabited world goes through. At the end of each 25,000 years there is a harvest, where those individuals that are ready experience an increase in spiritual density, or jump to a higher dimension.

Towards the end of each cycle technology and the population are allowed to grow exponentially. Technology is advanced so that there is more leisure time to work spiritually and the population explodes to allow all the souls associated with the world in question the chance to try to make the harvest from 3d to 4d.

This same way of thinking holds that there are unseen forces from both the positive and negative spheres of influence trying to affect the harvest in a direction favorable to their orientation. This leads to a frenetic increase in intensity as both positive and negative forces try to maximize the yield.

The negative forces believe in attack. Attack is their holy sacrament and their solution of first and last resort. They practice deception with genius but they prefer the hammer.

I brought all this up so I could say that I think that gangstalkers are not from the shadow government, but are higher dimensional beings of a negative orientation acting through people of this world, that they have press-ganged into service.

posted on Mar, 15 2017 @ 11:39 PM
link
These things shall indeed come to pass. This is true. Where the real deception in this sort of thing lies is that these channeled "entities" almost invariably seem to omit the hell humanity is going to have to go through to achieve it. They hint around at a final conflict but they skirt around it in favor of making it sound as if we just "visualize it," it shall be. It's not quite that simple.
edit on 15-3-2017 by SpeakerofTruth because: (no reason given)

which one do you believe - and why ?

originally posted by: yughii
There is a new age theory based on some channeled materials that the earth is soon to step up from the third dimension to the fourth dimension.


Which means what, exactly?

but really - its just regurgitated bollox


originally posted by: yughii
There is a new age theory based on some channeled materials that the earth is soon to step up from the third dimension to the fourth dimension.


Which means what, exactly?


Four is more than three.

posted on Mar, 16 2017 @ 03:33 AM
link
Im channelling my own observation that we are getting stupider and stupider as a species and that nothing has come from inner our outer space to save the day nor probably ever will

Its a leap from abject human stupidity level 3 to terminally insane level 4- the first evidence of this occurred recently with adult humans chasing imaginary monsters with hand held devices.

posted on Mar, 16 2017 @ 08:09 AM
link
Mother Teresa beat and abused young girls. She believed the only way to show Christ love is to suffer for him. I mean, it probably didn't hurt cause she was such an old bat, but still...

That kind of "love" is a little extreme for enlightenment, don't you think?

From what I channelled yesterday at the pub it means we will all get free hats and a trendy blue jumpsuit with racing stripes down the side. I think it goes without saying what that will do for humanity, but I will say it anyway - we will be able to run faster and look pretty smart while doing so.

My interpretation is that some will become highly precognitive ie: accurate dreams and visions about the future on a regular basis.

If the the 4th dimension represents time, then the above is my interpretation.

Of course, grains of salt my friend

As for the gangstalking aspect. Trends and patterns in people's behaviors, tone, rhetoric, combined with synchronicity with ones own thoughts or expressions (especially thought form projection), well, im not saying its necessarily entities as the OP suggests, could be subconscious interaction and people's lack of ability to keep their mouths shut and fingers tied, simply because they can blabber without recourse, at least immediate and or perceived recourse.

posted on Mar, 16 2017 @ 07:28 PM
link
a reply to: CreationBro
i was hoping that 4d is more like amita pure lands (not sure thats exactly the right term) in buddhism. Where things are beautiful and harmonious. Where things are manifested more directly by thought and people are connected peacefully through telepathy.
Perhaps i expect too much?

posted on Mar, 16 2017 @ 07:42 PM
link
like in the bible when it says the lion shall lay down with the lamb and the swords will be beat into plowshares i think is prophesying the shift into 4d which is supposed to be the dimension of love. The fifth dimension supposed to be the dimension of wisdom learning and who knows what after that, except that even higher order beings don't know what lies beyond the eighth dimension. It being a veil of sorts, An event horizon of mysterious unknowableness.

originally posted by: yughii
a reply to: CreationBro
i was hoping that 4d is more like amita pure lands (not sure thats exactly the right term) in buddhism. Where things are beautiful and harmonious. Where things are manifested more directly by thought and people are connected peacefully through telepathy.
Perhaps i expect too much?


No youre pretty much right, but no one ever said the transition would be, um, harmonious lol

I have telepathic experiences and precognitive experiences on a regular basis and im not just "makin stuff up." A big part of the difficulty in transition is a clashing of old, fear based delusions and misunderstandings vs. new (old) ways. These revelations arent new, many ancients were aware...

I like your analysis of dimensions. I believe, however, thst love exists throughout.

This video summmarizes my general understanding of dimensions based in super string theory:

very interesting video though i can't claim to have understood it a hundred percent. It did leave me with the sense that we are entities with many, many options going forward. Though it also left me with a notion that there are so many possible alternatives that in sum or hindsight there is really only one way to go.

posted on Mar, 16 2017 @ 09:17 PM
link
a reply to: yughii
Are the "upgrades" still associated with the professed photon belt coming in contact with Solsystem?
Outta box I have wondered will the animals be updated also & what happens if many humans missed the upgrade and many animals don't?

The Photon Belt (also called the Photon Band, Photon Ring, Manasic Ring, or Golden Nebula) is a spiritual belief, largely linked to some parts of the New Age Movement. It postulates that a belt or ring of photons is going to envelop the Earth, causing a cataclysm and/or initiating a spiritual transition, with the time period leading up to "the Shift" referred to as "The Quickening." The concept of the Photon Belt also ties into various phenomena including belief in extraterrestrial intelligence and 2012 millenarianism. 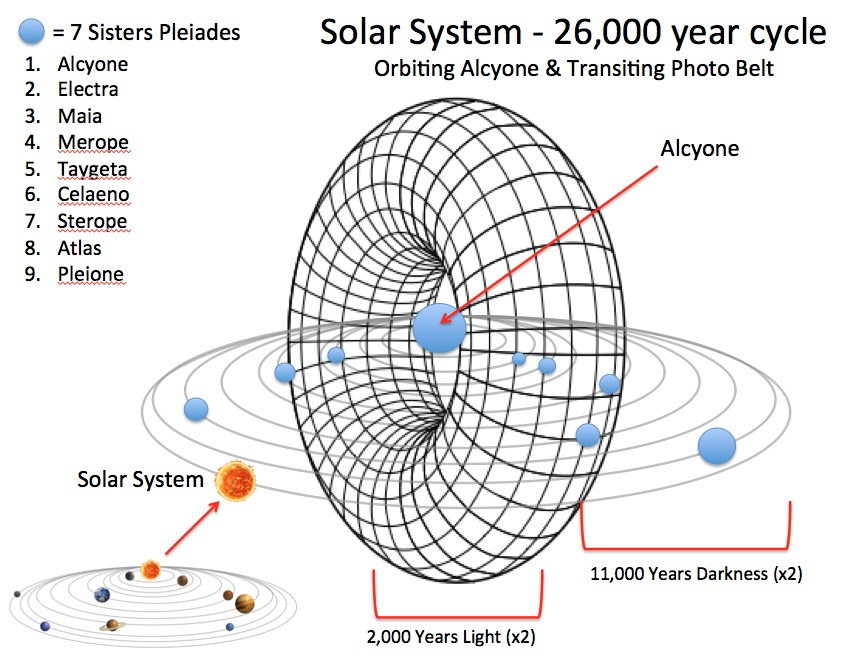 Perhaps the malevolent gangstalkers seek to weaken the LIGHT* within the Spirit of man keeping the souls enslaved why the benevolent add strength to Brighten & free them.

Perhaps the malevolent gangstalkers seek to weaken the LIGHT* within the Spirit of man keeping the souls enslaved why the benevolent add strength to Brighten & free them.

Perhaps the real deception is that you have been conditioned to believe that service to others is righteous, which causes you to neglect fulfilling your own potential as a result. TPTB love it when you dedicate yourself to helping others because if everyone is focused on somebody else, they have no time to look within...

Absolutely. Being a service to self, to a degree, is a necessity if one wishes to ultimately help others too.