The stupidity of UK foreign aid.

page: 1
17
log in
join
share:
crazyewok
+1 more
posted on Mar, 5 2017 @ 11:33 AM
link
With Trumps plan to cut back on US foriegn Aid I thought I would highlight some of the stupid arse things the UK has funded and my wish for a UK cut in foriegn aid.

£1.3BN fund to help elderly in China?
Meanwhile UK pensioners are freezing to death in there homes and eating cat food.

£150m of NHS cash is being sent overseas despite health crisis
£15 million of that to be spent on anti smoking. Our healthcare system is collasping and we are wasting money abroad?

UK foreign aid probe reveals up to £1.3bn unaccounted for This has not even been spent on a stupid project! It has just gone missing! £1.5 billion MISSING! Meanwhile the UK cuts diability benafits.....

Queue here for UK's £1bn foreign aid cashpoint: Just when you thought it couldn't get any worse... YOUR cash is doled out in envelopes and on ATM cards loaded with money
When the number of UK homeless is at recored hight and disabled people are killing themselfs due to welfare cuts....We are handing out free money and benfits to people in Pakitans...a Country withs its own nuclear program!

Pop group Yegna received £4m as part of project to empower women in Ethiopia
All I can say is WTF....WT Dammed F........buy hey least the extra £5.2 million was canceled.

Now we send extra £105 million foreign aid to Pakistan: Country is biggest recipient of handouts despite having its own space programme

Britain's 'out of control' foreign aid budget: High street stores including M&S, Waitrose and Tesco have been given millions - and taxpayers have even paid for Sainsbury's Kenyan suppliers to go on a UK jolly Naturally we have to have a bit of corperate welfare in there dont we?

Ten most corrupt countries in world have received £2.7 billion of UK aid since David Cameron took office
Nothing says good value for money than giving corrupt countries money, cause of couse they will spend it on food, schools and hospitals right?

Foreign aid fat cats soak up £17million in fees on a £25million pump project: Contractors revealed to have pocketed two thirds of YOUR cash

DAMIAN THOMPSON: We spend £1billion on foreign aid consultants as care homes serve elderly Naturally we have to spend a billion on just paying people to talk about how to waste....sorry I mean spend the foreign aid budget.

Brit ain has handed £274million to a controversial climate change organisation and admits it doesn't even know what it was spent on.

Training of ‘Brutal Burmese Army’ paid for by British taxpayer
Now we are training armies with our foriegn aid....

Plane crazy: Now the UK is giving compensation to business owners who expanded their hotels and bars for an aid-funded airport where airliners can't even land

This is all I can come up with for UK idea of good use of foriegn aid: 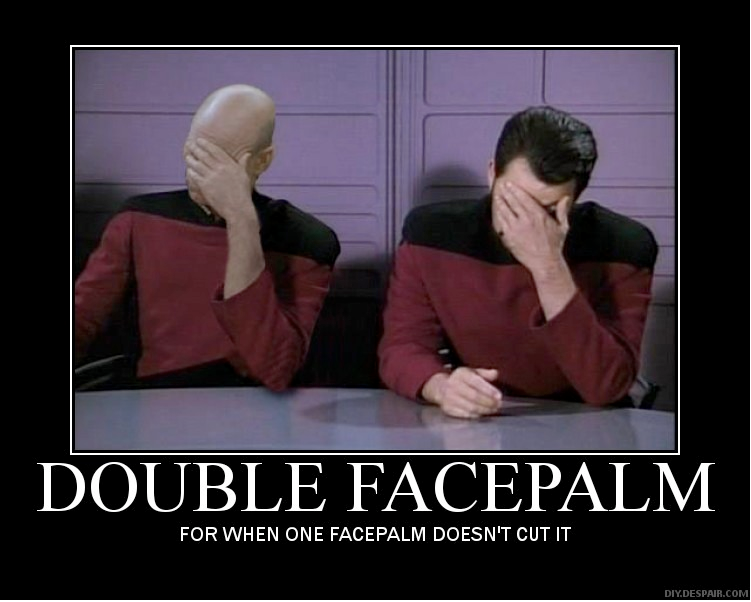 I agree it is ridiculous, and since you posted a picture of him, please keep Captain Picard in your country. We don't need anymore idiots in this one, we have enough.

posted on Mar, 5 2017 @ 12:10 PM
link
And just think, all the useless aid the U.K. Sends around the world, the USA wastes 20 times that amount. Our inner city's burn, but we send aid to some African nation that eats albinos for good magic!

posted on Mar, 5 2017 @ 12:12 PM
link
UK's "foreign aid" is and had always been miss used for various purposes such as bribes and
sweeteners to smooth negotiations or secure contracts.
why else would we be sending millions to India a fellow nuclear power with is own space program ffs
so hardly short of funds. odd seeing as we cannot afford one of our own despite having some of the best
people in the world (outside nasa) available to operate one. ( my personal gripe! )

still we are not the only ones all the larger powers play the same game the US, Russia, China and a lot of others
the defence, oil, and pharma to name a few worldwide take advantage of this and keep the cash moving
the plebs of the world dont figure in it at all so the poor of the world will stay poor and the workers
will keep paying the taxes because most people are ignorant of it and those that are not have not the power
to change things.

You send mohammed al-jizya 300 million Euro a year or all present cells are free to attack. Rinse. Repeat.

First off Foreign aid is a hypocritical name for something that actually is not, while the homeless grow, unemployed are masked and lied about there true numbers hidden through sanction's, zero hours contract's and other Tory (and NEW labour) shenanigans what this in reality constitutes is a way or promoting vested financial interests (those of private business and personal investment) in those nation's.

It is and always has been a way of sweetening the deal for those already wealth whom in there deal's, even when those deal's are about moving British job's to those nation's and out of our own.

If this had not been the case for so called foreign aid - not only of the UK for other nation's including the US - then if you caste your mind back to the famine in ethiopia, our nation alone could have solved that crisis with a mere redirection of one percent of our foreign aid to the cause of feeding those people, in the end it took the charity of the general public whom had to be SHAMED into acting by Bob Geldof and his friend's to at least alleviate that crisis.

So remember this UK foreign Aid, your Tax Payer money and a huge amount of it goes through this method to promote PRIVATE business deal's that actually do NOT work in the interests of the British tax payers (indeed neither does the so called Tax Payers Federation they only work for the Corporations' interests), it actually constitute's a high level state authorized form of state Bribery (of individual's through there front organization as well as organization's) to those nation's in order to promote private business deal's for friend's and acquaintances of those whom are in government and is in actuality a massive scam, a defrauding and malfeasance of behavior by those in power and a clear violation of there legal responsibility's to the nation and dereliction of duty.

BUT what can we do, after all we are the little people or as most of the upper echelon's of the Tory's refer to us the Pleb's, Peasant's and human filth.

So when they say foreign Aid remember less than one percent of that is actually for Aid purposes and the rest is for the VESTED INTERESTS of private party's in order to safegaurd there investment's and sweeten business deal's on there own behalf not that of our nation.

originally posted by: WUNK22
And just think, all the useless aid the U.K. Sends around the world, the USA wastes 20 times that amount. Our inner city's burn, but we send aid to some African nation that eats albinos for good magic!

Infact feel free to add some US storys here too.

Lets expose this BS from both our countrys.

Many times the "aid" we deliver is vouchers to use our countries products and services.

So when you do that to a country in need, you basically give tax dollars to then to use on our private sector.

Not only is that a grab by private sector for tax dollars. It also undermines the country being "helped" as it takes away from them using their own services and products.

Haiti was the worst example in recent times. Billions in "aid", yet all services products and employees were brought into Haiti, essentially undermining any of that money actually rebuilding an infrastructure or economy.

posted on Mar, 5 2017 @ 02:00 PM
link
The problem is that the UK (unlike most other Western nations) commits to "donate" 0.7% of GDP to foreign aid, which is a UN commitment going back a few decades. The UK enshrined the commitment into law through the International Development Bill.

It's a problem because the UK has to give cash away. Many of the causes are good and worthwhile, but may are f'ing silly and insulting.

With Brexit, aid should be redirected to supporting countries we work with and who will work with us. Why the hell should we give loads to cash to XYZ when they then go and give loads of cash to China for a new railway? Why don’t the UK just make to offer for a new railway, made in the UK and not China?!

Anyway, the cold statistics... Interesting that the UK gives £12 billion, twice as much as France. By contrast the US gives c. £20 bil. The UK and the US are the biggest donors. China gives (er) zero.

posted on Mar, 5 2017 @ 02:06 PM
link
In Australia successive governments of both the left and right gave 600 million to the Clinton foundation,if you ask me it was a protection racket she ran

I would have little problem if the money was spent on vaccines, food, waterm, cloths, basic sheltler. And we could likley make a massive impact if just £6 billion was directly spent on that and we ditched the dumbarse projects and kept the other 6 billion for ourselves.

Even the most loony leftie honestly cant agree with spending money on girl bands and chinese football teams.....
edit on 5-3-2017 by crazyewok because: (no reason given)

Ive been in constant pain from a burst disc wedged into my sciatic nerve. Seven years and counting. Had my benefit stopped three times. I've appealed and won my case twice already. Here we go for appeal number three.....

Takes over a year for the appeal to be heard so I'm a parasite on my pensioner parents.

Crippling pain doesn't have a box to tick on their forms and I can move my arms and legs so I'm as fit as an Olympic astronaut according to the DWP!

THE UK is like a woman who spends her last few quid on a nice dress while her children starve to death.

Pfffft
Spending money on a diabled person? What a waste of tax payer money! dont you know the UK has more important things to spend its money on like Ethopian girl bands and Chinese sports teams! Seesh how selfish can you be!

I know. I should really have done the honourable thing when I got injured and finished the job!

I'm currently starting out on eBay selling my collection of weirdness because I've not had a penny since the 4th Jan when they sent me £17.40.

You just cannot believe how relieved I am to hear that those poor Chinese can finally start to play football.