Could a Immortal please stand up

If they have lived longer than other humans in earth, they have to acquired certain degree of knowledge, been immortals where could they come from, why will then be living in caves.

Still I believe it could be immortals among us, if we believe in the biblical accounts of Cain.

He was by biblical myth the first known immortal.

I hope I am no derailing your OP.


I hope I am no derailing your OP

Cain and Rocail are relevant

posted on Feb, 8 2017 @ 11:39 AM
link
Why are you looking?
And if there's one out there, do you think he would raise his hand with a reply to this post?
Do you think you would even have to type it out? Like a personal ad? "In search of Taoist Immortal for companionship, nature walks....."

Which one exactly are you looking for?

And if there's one out there, do you think he would raise his hand with a reply to this post?

yes if they read the message just for them

Do you think you would even have to type it out?

posted on Feb, 8 2017 @ 11:44 AM
link
Many people claim that immortality span to certain groups, but we know what we know by what is been passed to us by those that precede us.

For the religious crowd immortality span too, (spirits, gods, demons, angels)
For believers of mythology it span too, (monsters, aliens, elves)
For those that are looking to immortality within tech, (artificial intelligence, robots)

Most religions in the world claim of immortals in one way or the other.

But, what if we have immortals that are not necessarily humans, but looks just like us.

Are you insinuating that you are immortal? 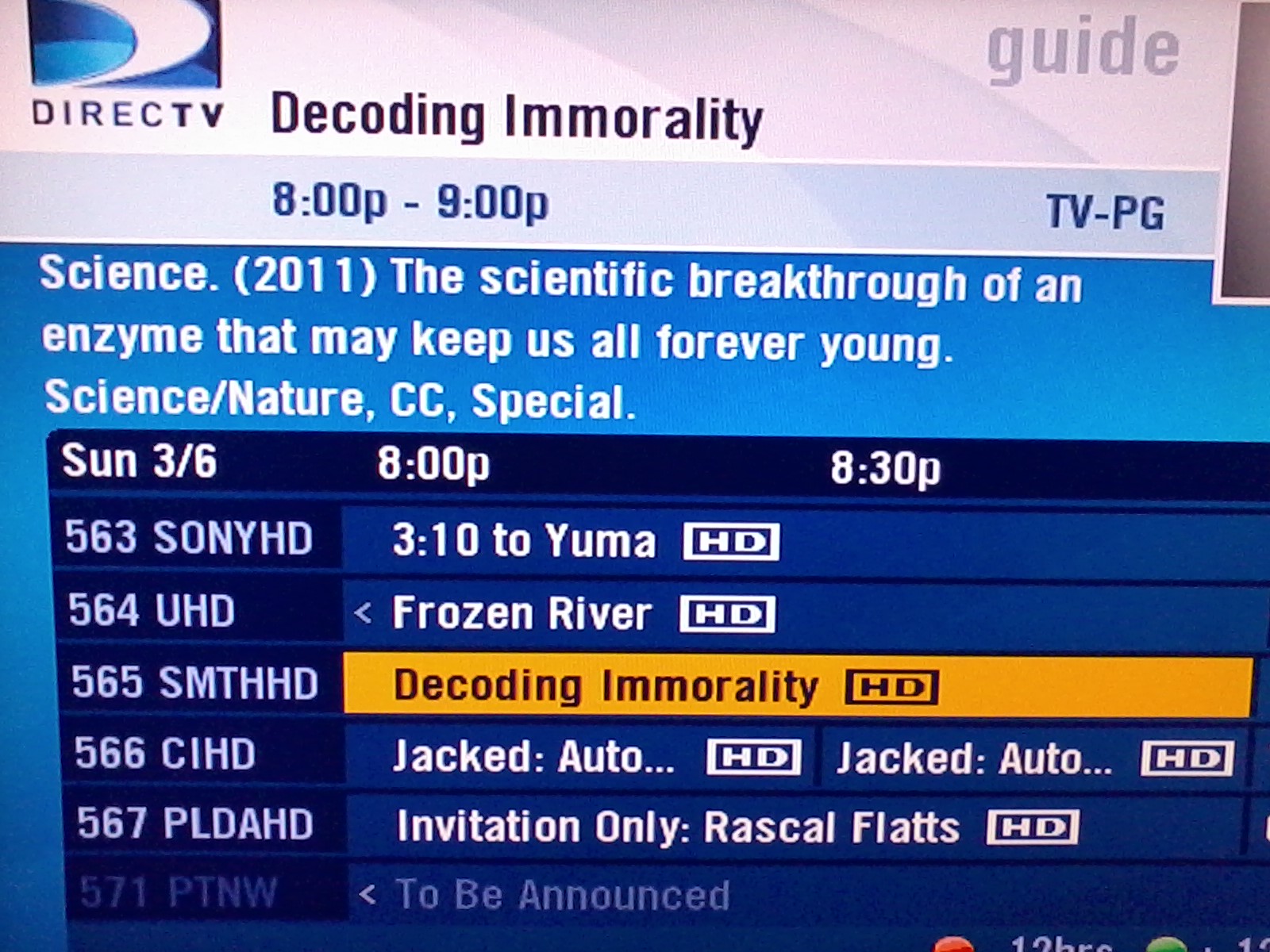 I will be travelling to St Augustine soon and will drink out of the fountain of youth and then will get back to you.

After some research, I once spoke to a guy on facebook who is supposedly known to have met with Count St Germain. Apparently to learn something about the violin.

But i dont really believe it ofcourse....

They will talk about me until the end of time.

I'm not sure how much more immortal you are seeking.

But...there's one guy here that's been alive for over 2000 years in the flesh.

We know this because Jesus told him to wait here on earth until he returns in the second coming of Christ.

Then went this saying abroad among the brethren, that that disciple should not die: yet Jesus said not unto him, He shall not die; but, If I will that he tarry till I come, what is that to thee? -- KJV, John 21:23

So, one of the 12 disciples is still here alive walking the earth. He remains "unnamed" in the bible. But, we know it wasn't Peter, because it was Peter asking Jesus about the specific mission that disciple was chosen for. Jesus responds, that that disciple is to remain until Jesus returns, and what he is to do during that time as his mission is none of Peter's business, he Peter should concern himself only with what Jesus wanted Peter to do right now, which was to follow Jesus, and stop asking questions about the other disciples work.


Are you insinuating that you are immortal?

Obviously, sadly he is still more grounded than most of the political pundits floating around this place.


Are you insinuating that you are immortal?

Obviously, sadly he is still more grounded than most of the political pundits floating around this place.

Its a shame though because this thread would be so much cooler if it was "Hey, I'M immortal. I've been alive for 1000 years. Ask me anything"

Those threads are fun. You get the angry debunkers, the blind believers, and everybody in between in on the action.

What does morality and immorality have to do with an enzyme that could keep us younger?
Will it make us sin more often?

posted on Feb, 8 2017 @ 01:07 PM
link
I am not Immortal and i am extremely grateful for that, i can't think of anything worse than being cursed to live forever.

However, i have read some things in the dark corners of the internet while researching for a book and there is certainly an entire group of people who firmly believe that Immortals walk among us and who am i to say they are wrong.

The examples of Immortals throughout history i have come across are likely known to you. the most obvious being Prince Vladislav Drăculești of Wallachia. i have read about other potential immortals like the Comte de saint Germain.

other examples include...
Cesare Borgia who apparently faked his death and left Europe for the new world

John the Apostle, Some Mormons interpret the biblical scripture found at John 21:21-23 to mean that John will tarry or remain on the earth until the Second Coming

Sir Galahad, a Knight of the round table and son of Lancelot Du Lac

Utnapishtim, the hero Gilgamesh sets out on a series of journeys to search for his ancestor Utnapishtim who been given eternal life. (A flood legend from ancient Sumeria)

there are other examples but a quick Google search can lead you to them, good luck in your quest for an Immortal, personally imo they don't exist but it's a very interesting topic