posted on Dec, 29 2016 @ 04:32 PM
link
Pedesta’s interest in UFOlogy is well known and it came to the surface during the election
www.nbcnews.com...

But others show a much deeper level of interest, seemingly confirming Mr. Podesta’s stated desire for secret government documents to be made public
Podesta has been a key cog in the Clinton machine since the late 1990s. During the 2016 presidential election he was Hillary's campaign chairman and likely would have been her chief of staff had she pulled out the election. Podesta is thus no marginal figure and yet his interests seem to be far more inclined towards the bizarre --be they UFOs or spirit cooking --than conventional politics.

That Podesta would link up with Greer at some point seems inevitable. The Clintons' interest in UFOs seems to have been driven by Greer's longtime patron, Laurence Rockefeller, and one suspects that Podesta was even more convinced on the reality of UFOs after his tenure in the Clinton White House.

Another deep conspiracy tidbit from this blog is this:

The temple was founded by an individual known as Satwant Singh Kaleka, who was also killed during the shooting. And it just so happens that Kaleka is the father of filmmaker Amar Kaleka. At the time of the shooting Kaleka was working on a film titled Sirius that was based upon the work of controversial Ufologist Steven Greer, whom Kaleka is close too.

Amar Kaleka
Greer is one of the most well-connected Ufologists out there. The founder of the Center for the Study of Extraterrestrial Intelligence and the Disclosure Project, Greer's 2006 work Hidden Truth, Forbidden Knowledge reads like a who's who of deep state players. While some of Greer's assertions have been questioned (such as his alleged brief of James Woolsey when he was the Director of the CIA), there is little dispute that Greer received ample patronage from Laurence Rockefeller over the years.

Hillary's coffin was nailed shut back in 2008 and as hard as they tried they could not break it open for 2016.

Let's all just do our best to forget about her.

Btw, didn't she bring up UFO's at some point this year? We all know Bill was interested in them and said if he becomes Prez he'll disclose the truth which was a complete campaign lie, but he was interested none the less.
edit on 29-12-2016 by Swills because: (no reason given)

posted on Dec, 29 2016 @ 04:46 PM
link
I don't see it myself. Podesta served as Bill Clinton's Chief of Staff and didn't disclose anything. He was interested in ufos then, too, perhaps at the behest of Clinton himself. If nobody particularly cared back then, I can't see how suddenly this very same man could sink Hillary's bid on that subject. He's on record as wanting to declassify lots of documents. that's nothing new. He even wrote a forward to a Leslie Kean book, in 2011, "UFOs- Generals, Pilots, and Government Officials Go On The Record."

posted on Dec, 29 2016 @ 05:08 PM
link
The pedophilia links were waaaaay more nails than the UFO stuff, considering it's difficult to prove actual interest from the e-mails.

posted on Dec, 29 2016 @ 05:12 PM
link
Pretty sure it was his interest in children or at least play a decent part. As well as his disinterest the in rural, white people that make up a good share of this country.

posted on Dec, 29 2016 @ 05:20 PM
link
It’s hardly a point I would defend and make a federal case over; just opening up deeper possibilities that the usual pedestrian politics.

But Pedesta was very close to Hillary and interested in UFO revelations.

This is a fact and it could be one of the reasons she was fired.

And she was fired. Trump didn’t win a thing and he knows it.

Imo. The elite were ready to put her in until the SYRIAN Russia fiasco happened. But, interestingly, it appears, such as the example I brought up—the JFK murder—where they had numerous reasons to kill him, Hillary’s case also shows on deeper analysis that there were many reasons to fire her.


The Pedesta alien thing may be further down a long list

posted on Dec, 29 2016 @ 05:32 PM
link
I tell you they don't want any UFO meddling! Indeed, this is serious stuff to some people. It aught to be explored. They've been covering this up for decades and they don't want no dam UFO revelation buff a Chief of Staff of a president...believe me.

If the truth is out there, John Podesta’s private email may provide a road map to find it.Text

Messages between Mr. Podesta and fellow alien enthusiasts — including a former Apollo astronaut and the guitarist of pop-punk band Blink 182 — came as a welcome surprise to UFO researchers. They are more convinced than ever that a Clinton administration would bring about the declassification of some of the federal government’s deepest secrets, including what really happened at Roswell, New Mexico; activities inside the notorious Area 51; and other pieces of a complex puzzle involving alien craft and space travel.

“There have been people within the community working with Podesta and the Clintons on the subject,” Jan Harzan, executive director of the Mutual UFO Network, told The Washington Times. “Just having the conversation is very positive to realize the subject is real, and these intelligences, wherever they’re from, visit us from time to time and we get reports on it. … We’re delighted to see the conversation going on. Hopefully, it will wake people up to the fact that we’re not alone in the universe.”
Within Mr. Podesta’s private account is a trove of messages related to UFOs, aliens and conspiracies. Some are relatively benign, such as links to news stories about the return of the Fox TV show “The X-Files.”

originally posted by: Willtell
I tell you they don't want any UFO meddling! Indeed, this is serious stuff to some people. It aught to be explored. They've been covering this up for decades and they don't want no dam UFO revelation buff a Chief of Staff of a president...believe me.

No, I don't believe you at all. You're spouting complete nonsense. Why? Because Podesta was Chief of Staff for Bill Clinton. Doesn't that completely nullify your position?

But wasn't he Bill Clinton's Chief of Staff?? I thought Bill was all about disclosure there for a while. Isn't that kind of contradictory to what you're suggesting? 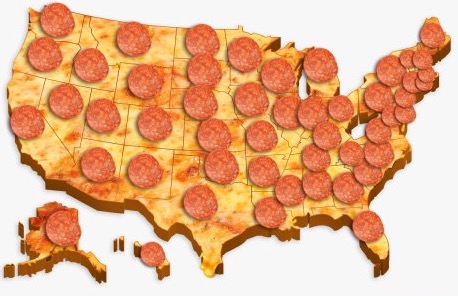 But seriously...Hillary was a terrible candidate with terrible ideas…
That was the final nail in Hillary's coffin? Her terribleness..

Not even mentioning the collusion with Wasserman Schultz and the Democratic National Committee on screwing Bernie out of the primaries…
Hillary's biggest problem? She was a Typical politician with typical tendencies towards corruption...

The Podesta emails simply reaffirmed what everyone already knew: Hillary was a BAD candidate..

originally posted by: Christosterone
Not even mentioning the collusion with Wasserman Schultz and the Democratic National Committee on screwing Bernie out of the primaries…

Yes. Bernie Sanders would have done better than Hillary if he were the candidate. But the brain-trust of the Democratic party pushed Bernie out (illegally, some would say) because they had pre-ordained Hillary to be the candidate even prior to the primaries.

It may be true that Sanders has ideas that are more radical (socialist-leaning) than Hillary, but people found Bernie a lot more likable and trustworthy than Hillary, and Trump's win proved that someone could win even with radical (radical-right, in Trump's case) ideas.

People simply voted for the more likable candidate, and Trump won that be default over an unlikable Hillary -- even though Trump is not particularly likable, but he isn't as unlikable as Hillary.. However, I think people would have found Bernie more likable than Trump, and Bernie might have won if the DNC didn't push him away and let him be the candidate.