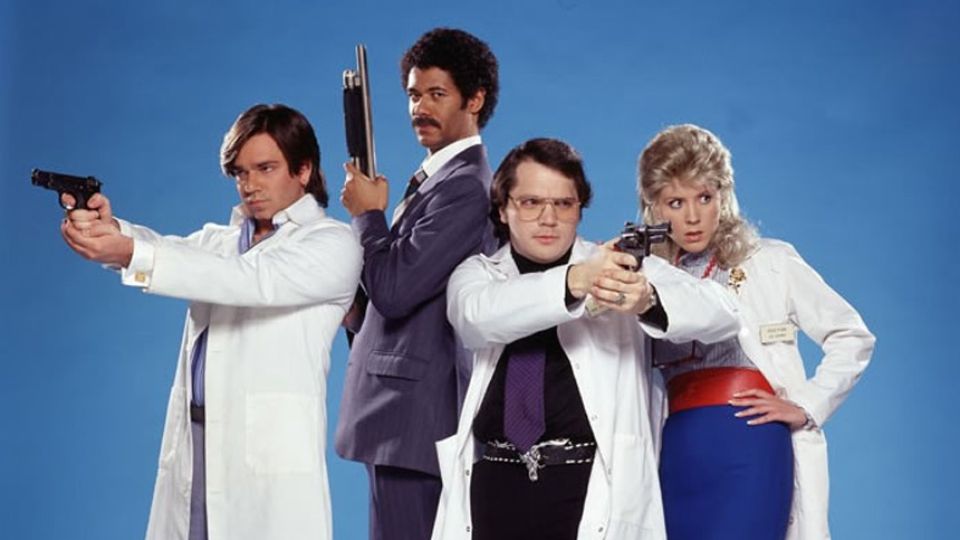 Garth Marenghi’s Darkplace; a very short-run TV show in the early 2000’s that deserved far more than 6 measly episodes.
It parodies awful cheesy 80’s TV, is incredibly low-budget, and is absolutely hilarious in the fact it is filmed to be deliberately terrible.

The series' fictional premise is that some time in the 1980s, best-selling horror author Garth Marenghi and his publisher/publicist, Dean Learner, made their own low-budget television series with a single intent: "to change the evolutionary course of Man over a series of half-hour episodes." Set in Darkplace Hospital, "over the very gates of Hell," in Romford, Essex, Garth Marenghi's Darkplace shows the adventures of Dr. Rick Dagless, M.D., as he fights the forces of darkness while simultaneously coping with the pressures of "day to day admin." Within this fictional context, Marenghi wrote 63 teleplays from which 50 shows were produced; however, Channel 4 was eventually forced to reject the show due to its "radicality", though Marenghi also cites possible government suppression: "MI8, which is actually three levels above MI6, pulled the plug. And they did it because I knew the truth."
In 2004, due to the "worst artistic drought in broadcast history", Channel 4 decided to air six of the original episodes.


Home to possibly one of the best quotes I’ve ever heard:


And the most amazing funeral scene ever filmed:

Garth Marenghi’s Darkplace!
Here is a link to the very first episode! “Once Upon a Beginning”. (youtube)
More people need to be aware of this brilliance!


you every watch dean learner show?

No, I have not! I will have to get right on that!

Easily one of the coolest things that ever happened to a television set, of either the cathode ray, or flat screen varieties.

I loved this show when it came out, and I love it now. My sister also loves it, and has the theme tune as her ring tone!

Skipper the Eye Child had me in stitches.
I need to dig this out and watch them all again.

Yes, good plan! Watch them all!

The "Apes of Wrath" was my favourite of the few episodes, but! Skipper the Eyechild... a picture of that darling little eyechild and Garth himself (well, Dr Rick Dagless), 'twas my first ATS avatar! Was planning on going back to them shortly! 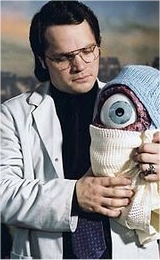