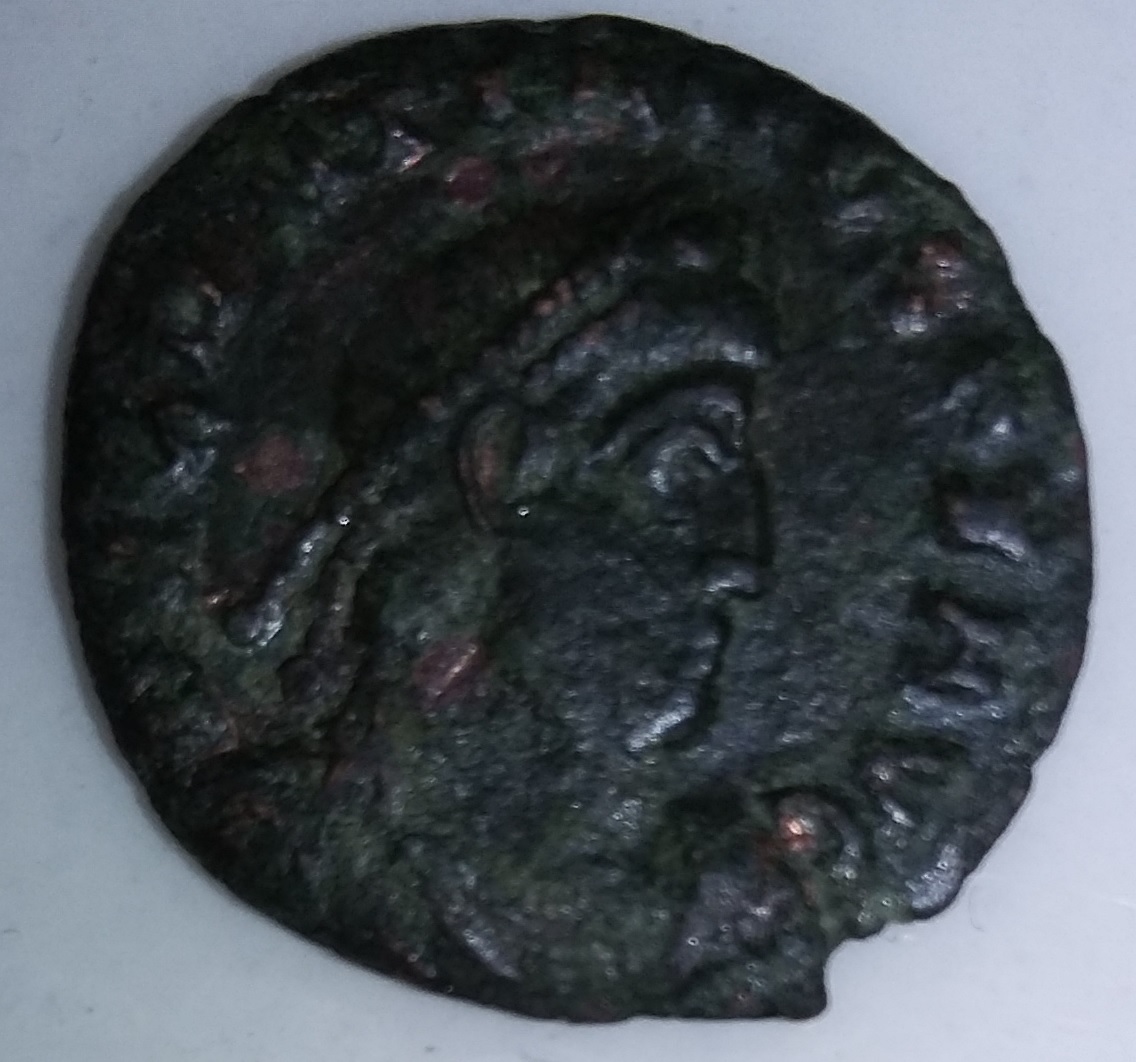 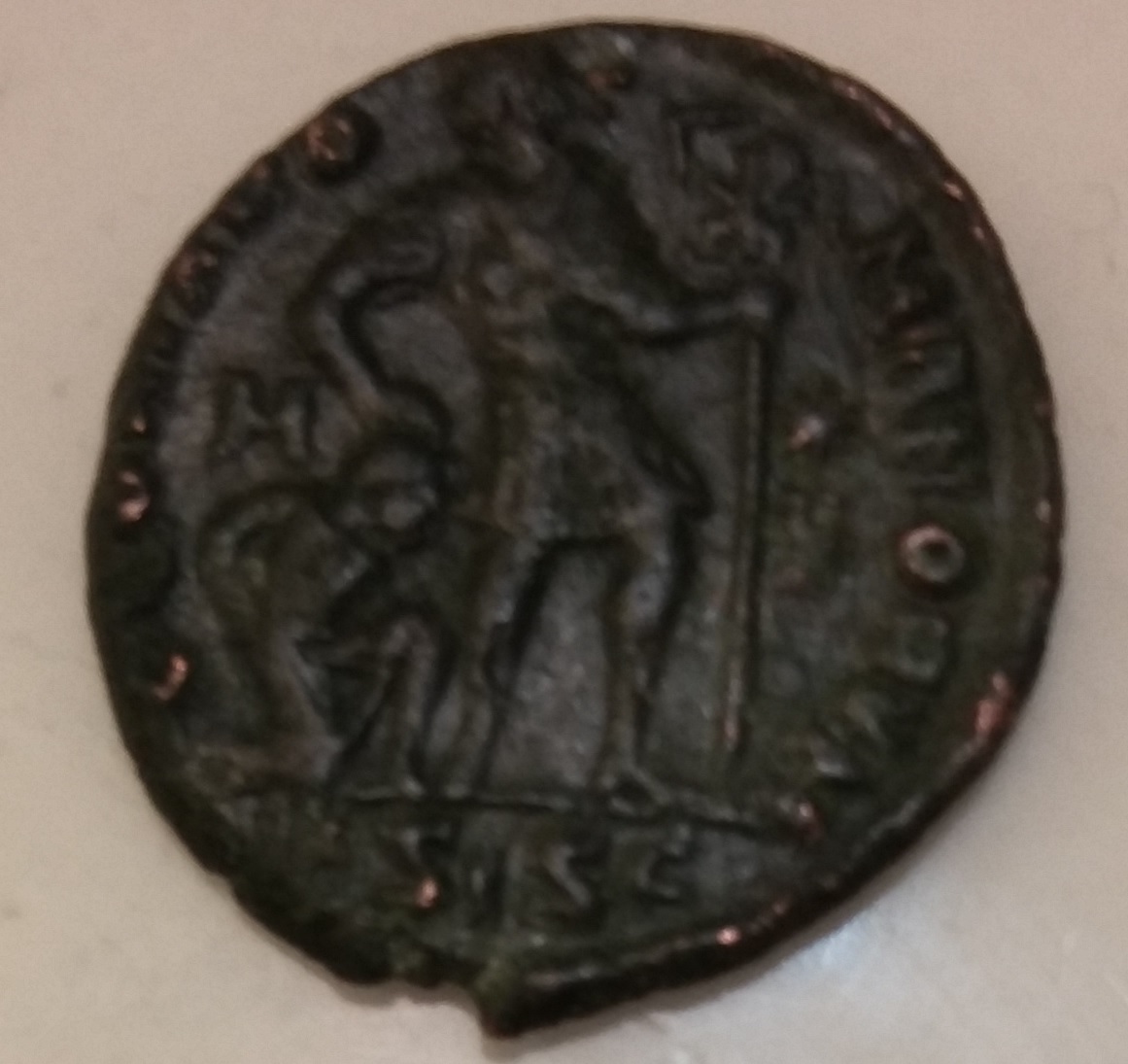 My phone isn't the greatest so that's probably the best I can do for pics right now. It appears to be copper, and about the size of a dime. The heads side in my opinion looks Greek, but the tails side looks Egyptian.

Any ideas what I just found?

posted on Dec, 3 2016 @ 09:48 PM
link
The heads side has similarities to early Roman coins. The reverse is a bit anamolous in my experience. That being said, I'm not an expert in ancient coinology.

Your best bet (if possible) is to research the lettering on the heads side. Hard to tell with the pic, but if it were in hand, I imagine it easier to decipher.

In any event, awesome luck for you! It pays to be observant. Imagine how many folks simply mistaked that for a Penny over the years

originally posted by: Vector99
Any recommendations how to safely clean it?

Soak it in distilled water for about week and or in vinegar and hydrogen peroxide about the same amount of time. Some say olive oil helps for soaking too. After it has been soaked scrub it with a toothbrush.

They look similar but I don't think are the same coin.
(from auction) 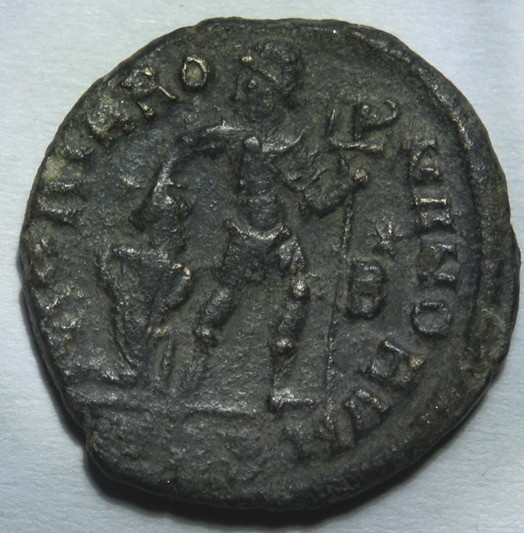 (the one I just lucked upon)

posted on Dec, 3 2016 @ 09:58 PM
link
Do not clean it. It ruins the patina. I think I have one of these. I started upstairs with my keys and decided I dont want to dig through the safe. Yes it does appear to be Roman

There are also fakes by the way, and some look real

posted on Dec, 3 2016 @ 10:06 PM
link
Neat coin. I wonder if it is old or a replica. It probably is a replica but I can't say for sure. I found some bronze looking coins in an attic one time, I threw them in a box in the attic when I was insulating. I also found a box of old money in the attic which I gave to the people who owned the house. It had been in the attic since they got the house, the previous owner had died. There was only about a hundred bucks worth of old money in the box, some ones, fives and a twenty if I remember. I am honest and the money belonged to these people now.

Back to the coins, I thought they were from some sort of board game or something, they were heavy. Fast forward twenty years and I am looking up gold coins, I recognized the British coin right away, I stared at the coins a long time in the attic and stuck them in a dish in a box up there. I never dreamed that British gold coins would be bronze color. If I hadn't found the shoe box of money I would have never checked them out like I did. I remember the attic well, the coins, the old shoe box and the twenties money. I know the general area of the house but I wish I remembered which house it was so I could tell the owners they have some two hundred year old coins in a cup in an old box in their attic. There were probably about ten coins I had found and put in that dish, they were scattered around on the floor and in the rafters. I bet there are more than that up there, now the ones in the vermiculite are covered with six inches of insulation too. I didn't know at the time whether they were foreign coins or from some sort of old game and they could still be replicas, but they sure were heavy, they would have to be made of coated lead if they are replicas. Probably the old owners collection. There were also other foreign looking coins, but they were lighter feeling. That is why I thought they were game pieces, there were about fifty total pieces of funny looking metal coins. I only put the heavy bronze ones in the cup but threw the light ones I found in the box. The heavy ones were cool looking. I guess they would have been around eighty percent gold if they were real and each one weighed about as much as a half dollar but were smaller.

I wonder if they threw all that stuff out? The guy said he and his wife were going to go through it some day to see if there was any more money or valuables in the stuff since I brought them a shoebox of money. Maybe they looked up the coins, I will never know. If I would have known, I would have brought the coins down to them too, I am honest and gold means nothing to me. I like copper, I grew up in an area full of copper mines and the color of copper is much more desireable to me. I would go collecting copper from all the old tailing piles and give it to my dad or uncle. I liked collecting it lots more than owning it. I hope those people did not do what I would have done with those coins, throw them in the trash.

they obviously used it to pay for something at the gas station, but why was it even in their pocket with their loose change to begin with?
Did they really think that looked like a modern U.S. coin?

DO NOT CLEAN IT!
EVER!

Unless you wish to totally
devalue your find.

LOL I actually did that to my mom's silver stash when I was a kid. She had a LOT of silver coins I spent at the ice cream man's truck. I have since replaced them at a very inflated price...really expensive icecream.
edit on 3-12-2016 by Vector99 because: (no reason given)

Yeah,
but you did the right thing.
An important lesson as well.

The matter of fact is that "if it looks like a duck". Most people don't inspect their change. I've found dozens of silver quarters/mercury dimes in my change. They feel and mostly look exactly the same.