He is describing the time when Evil Dead 2 was being made sometime in the 90's and the screenwriter was a huge 3 Stooges fan.
They managed to arrange to speak to Larry Fine and he describes how Larry who had a stroke sounded the same but slower because of his stroke.
You can tell it's a genuine story by the impression he gives of the conversation.

The problem is Larry Fine in this reality died in 1975 of...A Stroke.
It appears that Bruce Campbell's original timeline had Larry Fine survive the stroke and continue to live into the 1990's.

I didn't believe in the Mandela Effect and thought it was just a product of failing memories because in my timeline, Mandela got out of prison and lived on for many years after.
But I had my own Mandela effect, I remember Coke Zero, Coke big letters, Zero underneath. Supposedly Coke Zero never existed Coca Cola Zero exists instead.

Not sure if it was just you writing this or what, but I member it being Coke Zero as well.

Here is an image search of Coke Zero in google images. Only Coke Zero image is from a youtube describing this particular mandela effect.

The alternative is a time shifting, reality phasing, resync of the universe.

I know it's hard to comprehend but the fact is the world that we call reality isn't really real at all, it's why the simulation theory is gaining traction from quantum physicists around the world.

Bill got it spot on.

Yes Bill did/does have it Spot On!!! Always loved that Guy. Too bad His Ride ended so soon...
But with clips, like the one You posted, He can/will live on!!!
Syx...

Just giving you a heads up...

Now I`ll look into the case that I`m not familiar with. Oh and S+F for bringing this up.

I have to admit, I was one of them not too long ago. I remember Mandela being released and him being active for many years after until his death in the 2000's.

There are threads on ATS where I was posting as a skeptic, so believe me I was shocked when it occurred to me. 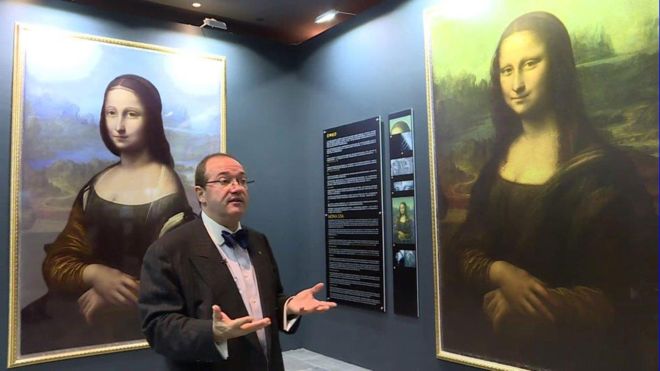 So far ahead of his time, everything he spoke of was the truth.
In fact I would call him a modern day philosopher, his outlook on the world is more relevant today than it was during the time he was alive.

Bruce Campbell: Yeah, because I’ve been lying for years! Lying, deflecting, inflating, and so on … Because we didn’t really know what was going to happen. Army of Darkness died. That’s what people forget: Army of Darkness bombed.

In context he's talking about how he had been hyping an Evil Dead sequel to the fans to keep the idea alive because in all honesty no studio was looking at it, due to the previous film being a financial flop.

It worked because they now have the greatest TV show.

I know it's easier just to make him look a liar than accept that reality for some people is changing.

You said he was what, refreshingly honest?

Seems he's another personable guy that is fallible and has an angle.

He plays pretend to make a living in a field full of hustlers? Then add a bit of the party life style.

Got to go with a bit of memory confusion over shifting timelines and dimensions........

Some people don't get it that you CAN know things.. And remember those things you know..
I can't be the only person on earth who remembers that 4 - 4 = 0...
if people's memories were as bad as some on here proclaim, no one should be able to do basic math.
I don't all the sudden start spelling computer with 2 Ms... And yet the dilemna is dilemma is now spelled wrong..
That one really irks me to no end, because I used to have to say the word wrong to catch the silent n.

Anyway no one else gets it because they don't have the same line of memory as me.. For whatever reason..

I've had most of the common mandela effects, though berenstain always had an a for me.. Kit-Kat bars are supposed to have a dash, and when I search for that the only image is a photoshopped image someone made to show their timeline..

But I oddly enough have had mandela die 3 times now.. I also experience a lot of dejavu and I think there is a common source to both effects.


PS I worked for Department of Homeland Security and my memory was audited every week. without 100% accuracy of long numbers, in my memory, second aufit and termination.. I didn't get fired.. Just saying I'm not remembering these things wrong. In fact the people who remember different than me are also remembering correctly, so the argument begins..

I only wonder the cause... But it seems timelines and being able to shift to others is the only explanation that fits every case.
This is nothing new, just now it has a name mandela effect... And if he dies again I just give up... lol
edit on 20-11-2016 by Reverbs because: (no reason given)

Truth! But I believe His time held similar probs that We have today, as far as media hype, political madness and all that, but was not noticed by so many, back then... More are Awake today...?
He's probably looking at Us all now, from the Ether, and laughing His ass off. Giving nods of approval to some now and then, and to others, laughing hysterically!!!

If you understand math, you don't have to memorize the answers.
edit on 20-11-2016 by neutronflux because: (no reason given)

originally posted by: neutronflux
a reply to: Reverbs

If you understand math, you don't have to memorize the answers.

you must remember what a number means you goof.. I'm not talking about answers.
I'm also quite good at math to the point I made up physics equations rather than memorizing them for tests..

that's not the point.

4 is a character with meaning one must remember in order to use. Large portions of the population don't forget what it means, or what the character L means..

Hey I hear You! I feel that deja Vu is another time stream, interrupting our current reality... Bleeding over. Blending...
I have experienced a lot of Mendella Effects Myself... Perhaps We are becoming enlightened? I know some don't like that word here, but... It is What It is!
Oh. I clicked Your Link for Escape. I liked that!! Syx...