page: 1
28
<<   2 >>
log in
join
share:
Pointofview
+6 more
posted on Nov, 16 2016 @ 06:47 PM
link
As many of you probably know, Hessdalen is known for mysterious "plasma balls" appearing in the sky. Thoroughly documented by scientists, radar, stationary cameras and other equipment that is set up there as part of trying to solve the mystery.

I was browsing the official "Project Hessdalen" web-pages, and it appears someone took a picture of the nature in Hessdalen in 2015, and when looking at the picture later they discovered that there's a disc shaped object in the sky.

This link takes you directly to the web page with the picture:

My Norwegian is pretty bad! I think it said, "Click on to see large photo" (the one in the lower left hand corner). So that is what I did. Here are my thoughts on that particular photo.

Yup. It looks like a classic saucer shaped disc in the air. Unlike a classic saucer, the tops and bottom look like... clouds? A strange thing to say and even stranger to see. It is not a Chinese lantern (or would that be a "Norwegian lantern"?) or a blurd. Not certain what else it could be.

Very clear photo! Nice country side too! Thanks for the share. 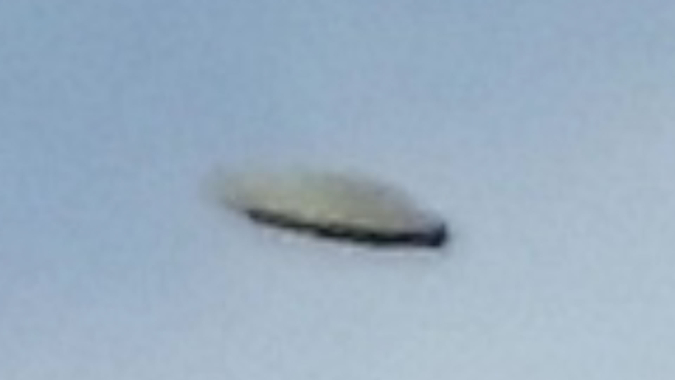 These images are copyright Col de vence.com Team. www.coldevence.com...
Thanks to Pierre Beak

This photo was taken Friday, 14 August 2015 12:23 o'clock. Pierre Beak and his team took many pictures of the scenery in the valley. When pictures were studied later, they saw the black disk-shaped phenomenon in the picture. This phenomenon was not seen when the picture was taken. The photographer took only pictures of nature. That was when the image was seen, a little later, they became aware of the phenomenon

If there is such a thing as a Norwegian version of the Chineese lantern, it must be a bunch of snowballs stacked together with a candle set in the middle that some people make in the winter season. Unfortunately these are firmly stuck to the ground, and cannot fly !

Anyway, I noticed that the shadow of the only tree that has one visible in the picture coincides with the shadow underneath the object, so if they faked this - they at least took the position of the sun under consideration.

Where is Helmut when we need him and his Norweiganess.

originally posted by: TEOTWAWKIAIFF
Yup. It looks like a classic saucer shaped disc in the air. Unlike a classic saucer, the tops and bottom look like... clouds? A strange thing to say and even stranger to see. It is not a Chinese lantern (or would that be a "Norwegian lantern"?) or a blurd. Not certain what else it could be. 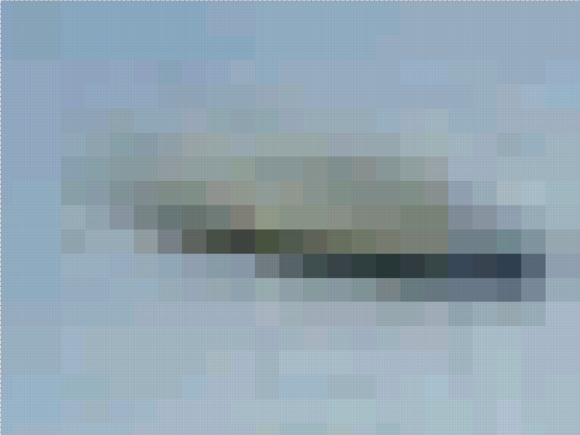 Another point to consider is they didn't see anything unusual when they took the photos. To me this is consistent with the idea that the object might not be anything unusual, like a bird or a plane. In one of these mysterious world episodes, a pixellated disc is filmed, but because it's a movie instead of a single photo, they are able to use frame stacking to identify the disc, and it turns out to not be a disc. I think it might be this episode but I can't confirm right now:

posted on Nov, 16 2016 @ 11:02 PM
link
While I would probably trust these folks up there studying, more than most folks presenting a picture, I couldn't help but notice when I zoomed in on both pictures on the left a bit of blur surrounding the object. The picture on the bottom left more so. It almost appears a bit like a postage stamp.
Would this not be a sign of say, a small piece of clip art added to the photo?

Just asking because I fall in the field of love if it were real catogory. So not trying to be any kind of way here, just taking a closer look is all.

It's cool though. Who doesn't love anything from Hessdalen? Right?

originally posted by: onehuman
It almost appears a bit like a postage stamp.
Would this not be a sign of say, a small piece of clip art added to the photo?

I'm not saying there aren't fakes out there, but I don't think this is fake. To people unfamilar with jpeg artifacts, those artifacts can look like evidence of fakery and this claim has been made numerous times, but that's actually how jpeg artifacts can manifest on a real photo, and they might even look a little fake even when they're not fake.

Then you can get into questions about the technical details of the camera and how it records images and if it also retains an uncompressed copy of the image in addition to the jpeg compression. Some cameras have the option for both, and then if you looked at an original uncompressed photo like bmp format (or lossless compression like png) you would not expect to see jpeg artifacts. The uncompressed photos will fill up your memory card quickly though, which is why they are often not retained, and jpegs like these may be all that's available.

photo was taken in Hessdalen - UNCHECK ALL ABOVE BOXES

I never bother with didnt see it when i took the photo ufos, however been Hessdalen this deserves a thread and discussion. I wish i could add something more productive, Hessdalen is my all time favourite subject.

posted on Nov, 17 2016 @ 12:35 AM
link
Some interesting photos in the photo section as well. BTW< Chrome should give you a popup box to automatically translate. Translation is pretty good, too!

Either, a blurred Bird or Bug.

I totally agree, there a clear square around the disc, which is a clear sign of a photoshop job.
I'd love to find a convincing pic or video that proves some thing unearthly but so far no luck but I will always take a look just in case

The only uncompressed format to use is a RAW file as it gets all the information in the picture and, as discussed in other threads, pixels per inch is not the be all and end all. It is the sensor size on the camera that can make all the difference. I don't know where you got your unedited picture from but the sample you present looks like a 72dpi web resolution picture, blown up to exaggerate the pixellation.

Below, I have enhanced a cropped section of the picture presented on coldevence.com...
Coldevence
which is 1600x900 pixels in size.

I used the 'Alien Skin Blow Up' filter in Photoshop to enlarge the image in small steps to minimize artefacts.
This is what I got after using a Nik Software detail-extraction filter [pics 1 & 2] and unsharp mask [pic 3]

As you can see, it is clearly not a bird, a smudge on the lens or a piece of clip-art.
It has form, light and shade and a definite rim.

You are not looking at the RAW image, you are looking at an image placed on a website. There is no way to tell conclusively from the images available. The only way is to have the RAW image available as an original-file download.

It probably isn't going to happen.

What gave me a chuckle is how no one realized there was no need to translate anything from Norwegian as the hessdalen site is reproduced in English anyway : www.hessdalen.org...

posted on Nov, 17 2016 @ 05:46 PM
link
My question with the site is, if I'm watching the live feed and see an alien flying saucer zoom by, is there any way I can back the video up or access a buffered copy so I can capture an image of it? There must be, because they post stills. But can I do it from my computer?

P.S. -- Looking at the site right now, they should maybe invest in some newer, higher-resolution cameras.
edit on 17-11-2016 by Blue Shift because: (no reason given)

A square, huh? Could be jpeg artifacts then. I was just looking at the OP's link with nothing more than a glance and unaided eye. Thanks for the share!

D'oh! "The arrow shows where the phenomena is" is not even close to "Click here to view larger image"! LOL

Told you my Norwegian was bad!